architecture is a medium through which creative minds are constantly searching for ways that beautiful, functional spaces can be physically realized. this year we received several thousand submissions from our readers, with designers, artists and architects sending through a diverse range of works that we have shared with our audience over the last 12 months.

we believe that maintaining an open dialogue with our readership is extremely important, and we are happy to showcase the high level of original projects of our readership. from converted billboards, to a weather responsive materials, we highlight 10 architecture reader submissions of 2014. 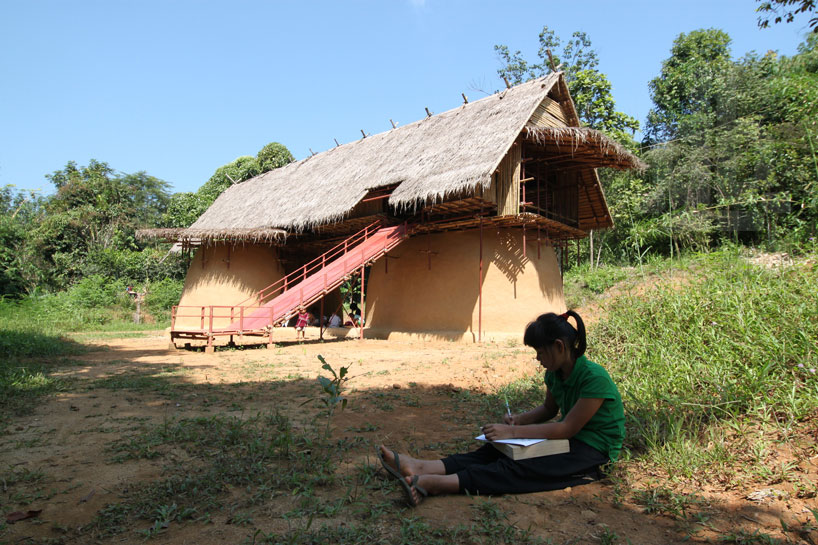 the ‘rainbow ark soaring in the sky’ school by japanese architect kikuma watanabe of D environmental design system laboratory aims to help alleviate poverty in sangkhlaburi village, thailand. located near the border of myanmar, there are a lot of immigrants and orphans in the area, with people being unable to raise their children themselves. wanting to provide a good future for these kids, they were asked by their teacher to envision the school of their dreams. one of them drew a flying ship, which was then translated into the design. the image was adapted into two main architectural components: the round, ‘earth bag’ volumes on the ground floor and the other, a light steel structure finished with bamboo and a grass roof. 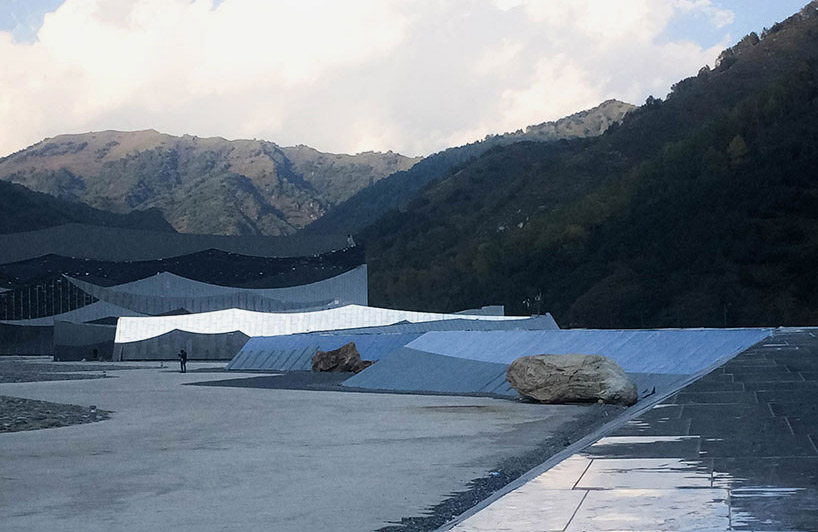 located in north china’s shanxi province, ‘wutai mountain theater’ forms a series of ascending volumes capable of accommodating 1,600 spectators at any one time. designed by the beijing institute of architectural design (BIAD), under the direction of zhu xiaodi, the building’s form and detailing corresponds with its surrounding mountainous environment. rather than attempting to replicate one of the region’s many temples, the architects sought to create a new type of sacred structure that evoked a dynamic sense of movement.

designdevelop converts billboards into houses for the homeless 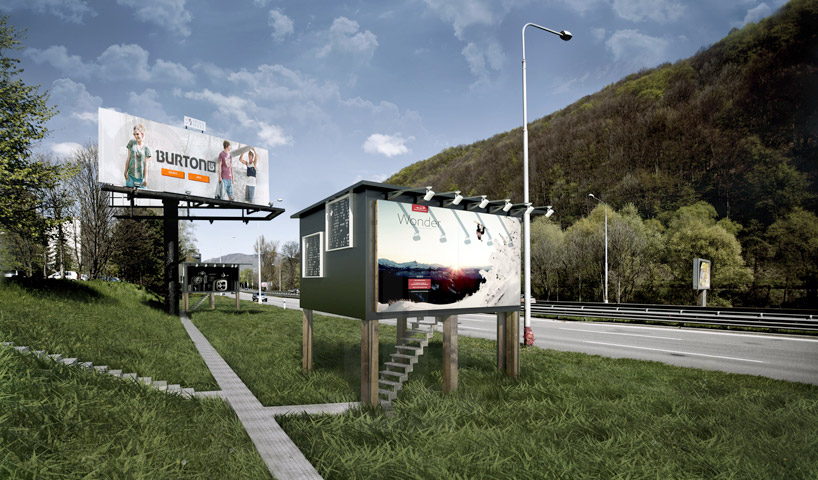 the worldwide phenomenon of homelessness has become a growing concern during past couple of decades. finding solutions is a complex task which involves a coordination of skills in socio-psychological and administrative fields. created by designdevelop, the main priority of ‘project gregory‘ is to find optimal alternatives for the existential questions of people without homes through the use of billboard objects and their advertisement spaces. 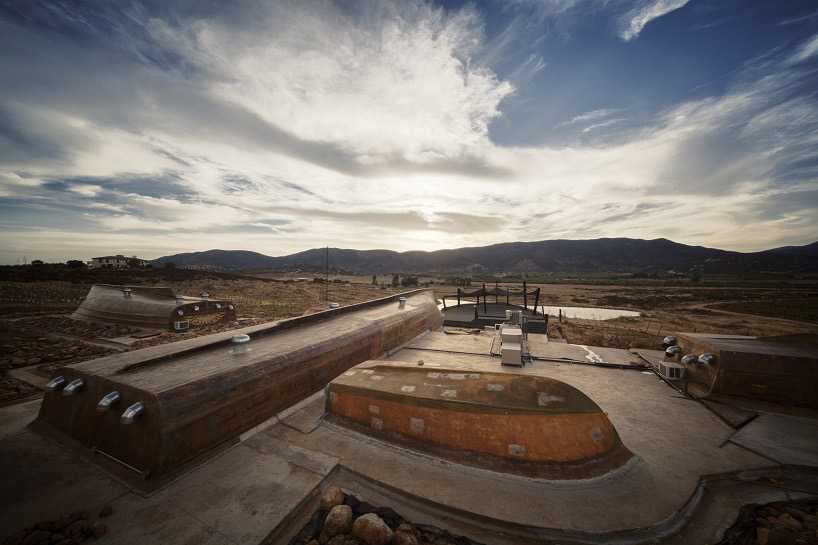 using recycled materials, the wine making facility by californian design studio claudia turrent + alejandro d’acosta arquitectos is constructed to mimic the existing environment. the vineyards are located in an important wine region in mexico, the guadalupe valley in the ejido of el porvenir and situated 20 km east of the city of ensenada, baja in california. seeking to unite this area with the sea, the project was based on referencing viticulture with marine debris. the soil has been left bare, assembling only the floors and ceilings using discarded boats from the nearby port and transforming them into the barrel vaults. 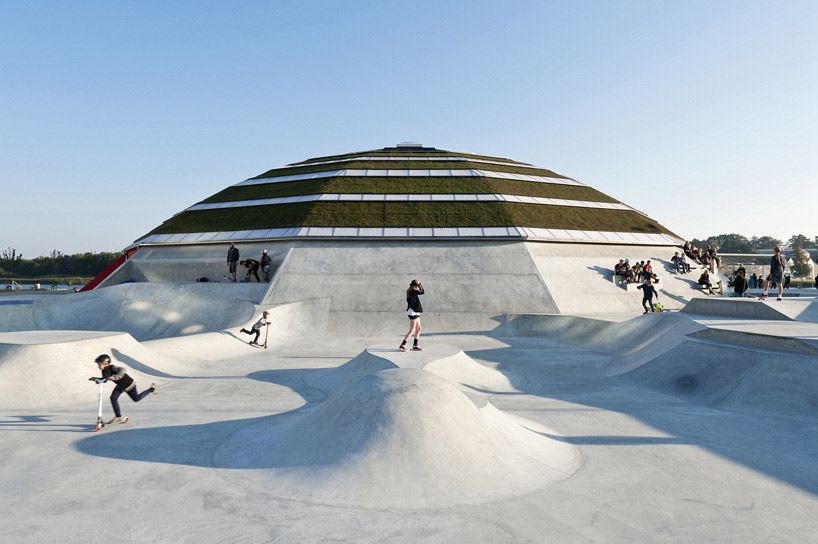 the close collaboration between CEBRA and glifberg+lykke has resulted in a fusion of architecture, design, and function, which forms the underlying DNA of ‘streetdome‘ and binds the entire park together to form an interacting whole. the overall ambition of the project is to set a new set of standards for the urban areas of unorganized sports. thus, the facility is an open playground and social meeting place for different ages and skill levels with strong local roots and an international scope. 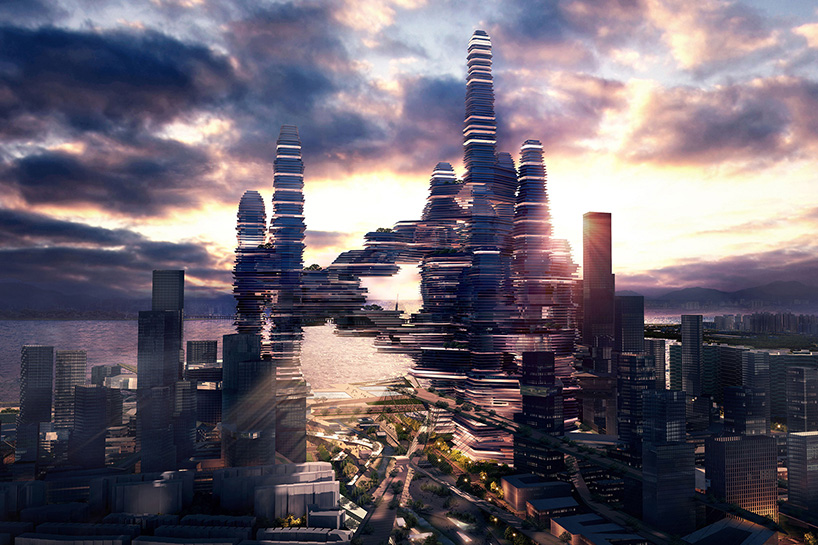 urban future organization (UFO) and CR-design have worked alongside a small team of computing and regenerative design experts from sweden’s chalmers technical university to envision the shenzhen bay super city. the collaboration has resulted in ‘cloud citizen’, a project that has been awarded the highest prize in the skyscraper competition. the proposal calls for a green, hyper dense, three-dimensional community in a plot of land across from hong kong. according to the architects, ‘cloud citizen is as much a strategy for how to build future cities capable of giving back more to the environment than they cost, as it is a singular iconographic mega building complex with an identifiable and striking skyline giving character and hope to the vision of a greener future enabled by human enterprise.’ 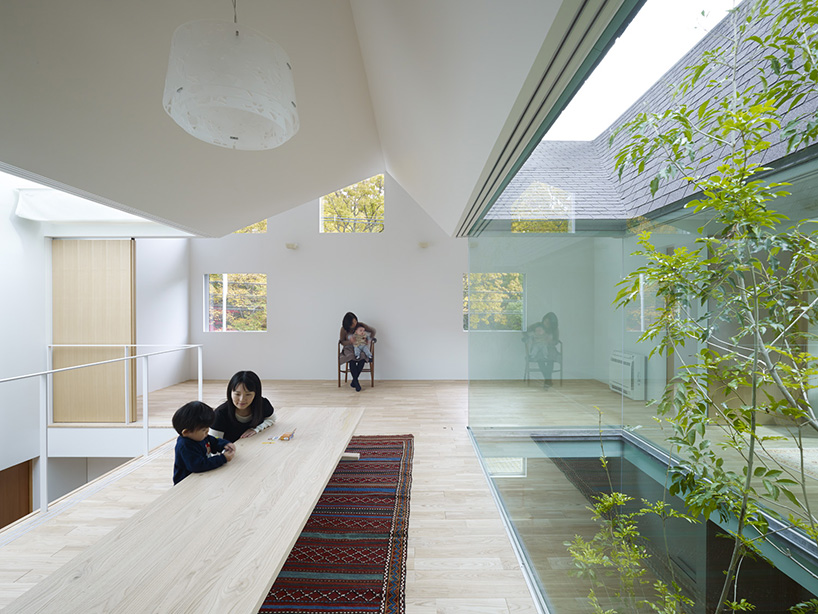 serving as both a house and dental clinic, japanese studio tomohiro hata architect and associates has inserted a series of voids into the building to provide a multi-layered and flexible layout. located in japan, the structure is punctured by three double-height openings that offer views towards the sky. these incisions are filled with naturally growing greenery that is encased with transparent glazing to generate a sense of flow throughout. the design enables a level of adaptability for how the architecture may be used by its occupants – they can choose whether to inhabit the different levels for either a medical purposes or for regular living. 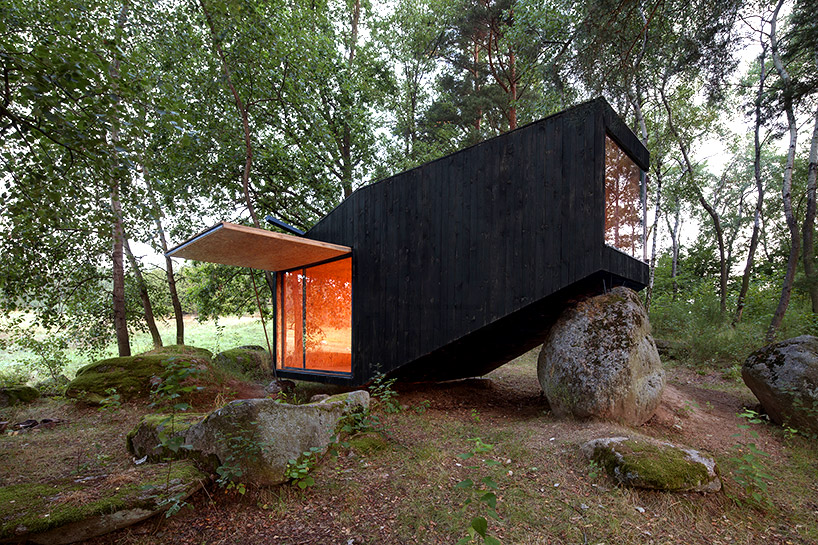 based upon the client’s need to escape and gather strength for his demanding work in prague, uhlik architekti was taken to an area between central and south bohemia with the idea to create a hideaway in the countryside. ‘he took us to a spot in the midst of fields, woods and meadows, full of strange boulders, to a remote and somewhat forgotten place. the magic landscape together with the client’s aim won our hearts immediately. after a short hesitation, we decided to build the ‘forest retreat’ (as we called it later) together by our own hands. 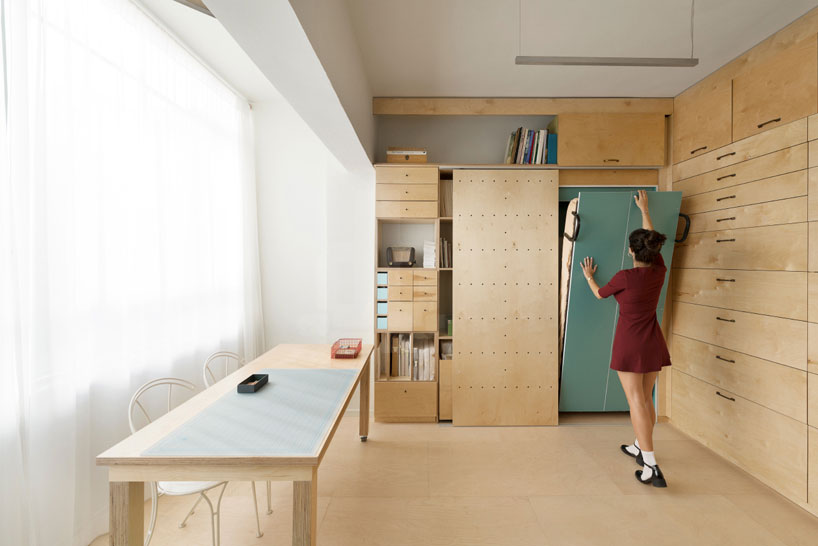 israeli architects ranaan stern and shany tal have redesigned an artist’s central tel aviv apartment into a versatile 20sqm studio workspace. the adaptable interior contains a varied family and personal collection of 2D pieces dating from the 1940′s to today, which was specifically measured for storing. they were organized and ordered according to groups, sizes and artistic connections. four separate proportions were allocated for, with each cell, cupboard or drawer crafted according to these requirements – only when the drawers are opened is the colorfully painted mosaic on the sides revealed.