architecture gives form, function and meaning to space for us to use and enjoy. public spaces, even if they’re private-owned are even better because we can all be delighted by them. this year we received several thousand submissions from our readers, with designers, artists and architects from across the globe sending through a diverse range of works that we have shared with our audience over the last 12 months.

we believe that maintaining an open dialogue with creatives is extremely important, and we are happy to showcase the high level of original projects of our readership. from a sauna building in an industrial zone, to a tea house occupying a renovated hutong, we highlight 10 public spaces from our reader submissions of 2015. 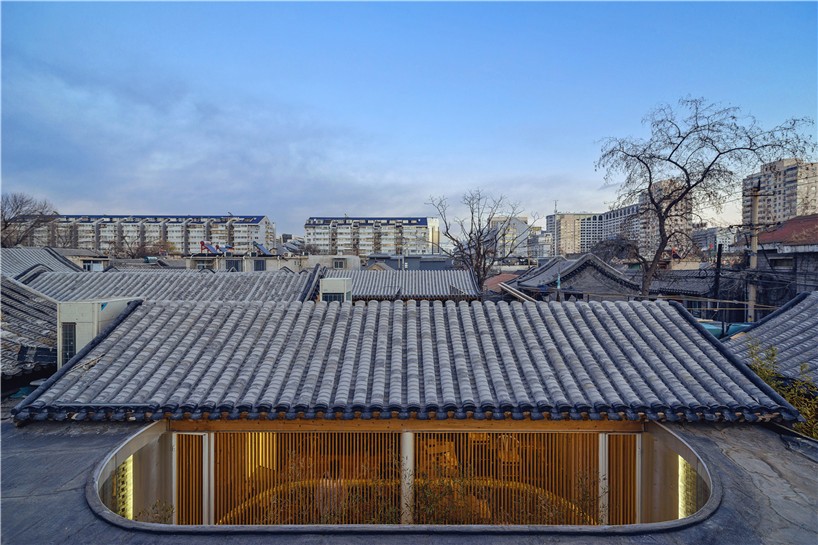 in beijing, local practice archstudio has completed a tea house and café set within the city’s historic hutong district. the L-shaped neighborhood — which measures a total of 450 square meters — had previously been lying dormant, and was in need of major renovation work. before any new elements were added, the architects began by selectively repairing the existing structure — parts of which predate the qing dynasty. the careful restoration is sympathetic to the building’s historical appearance, with only essential modifications made. 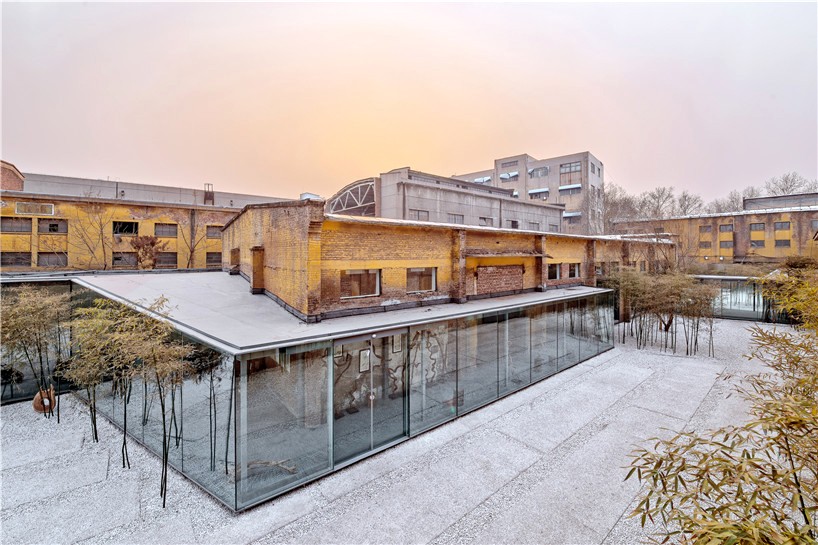 knowing that art can have the power to change reality, archstudio has transformed a decaying pharmaceutical factory in zi bo, china, into the ‘great wall museum of fine art’, a place dedicated to showcase contemporary works. the design concept is based on the decentralized structure of the previous industrial construction and the character that the enclosed exterior gives to the building, emphasizing the relationship between the internal and external spaces.

the museum’s design enhances human interaction with the artistic environment and endows the old factory with new life and flexibility. by creating a traffic path, a translucent hallway connects the inside and outside of the factory while transforming the industrial perception into a contemporary one. 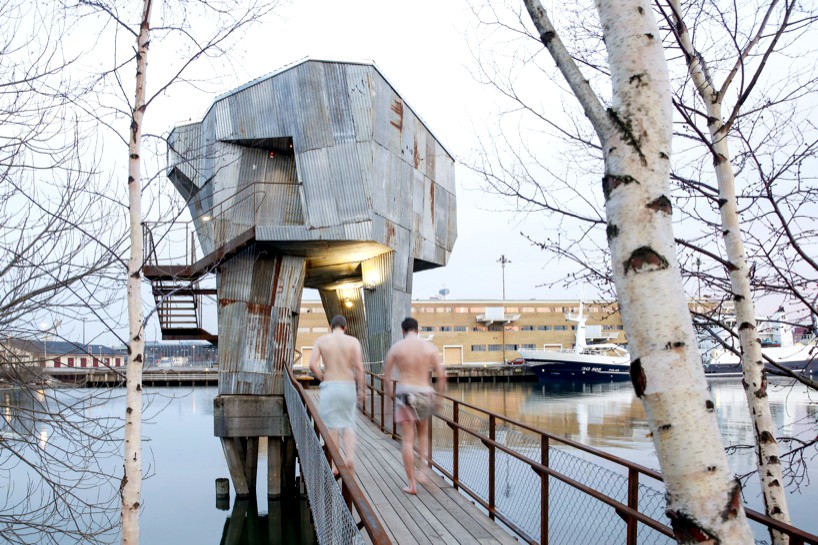 berlin-based studio raumlabor has created a sauna building called ‘goteborg bathing culture’ in frihamnen, the industrial harbor of göthenburg in sweden. the area is gradually losing its industrial character and is steadily becoming a new and central part of the city, open to be discovered and adopted by the citizens. its present state of transitions, the traces of its former uses, and the huge undefined spaces make the harbor very attractive for the establishment and implementation of different kinds of cultural activities. apart from the polluted land and water, the heritage of this industrial port is a series of fascinating functional objects, buildings and the spontaneous and fragile nature that somehow exists between the asphalt, concrete, and water.

with the creation of ‘goteborg bathing culture’, raumlabor aims to generate a place that brings back the swedish culture of social gatherings in baths. they want people to use the sauna complex ‘not only as a place for relaxation but also as a space to meet new people, spend time together and discuss life.’ 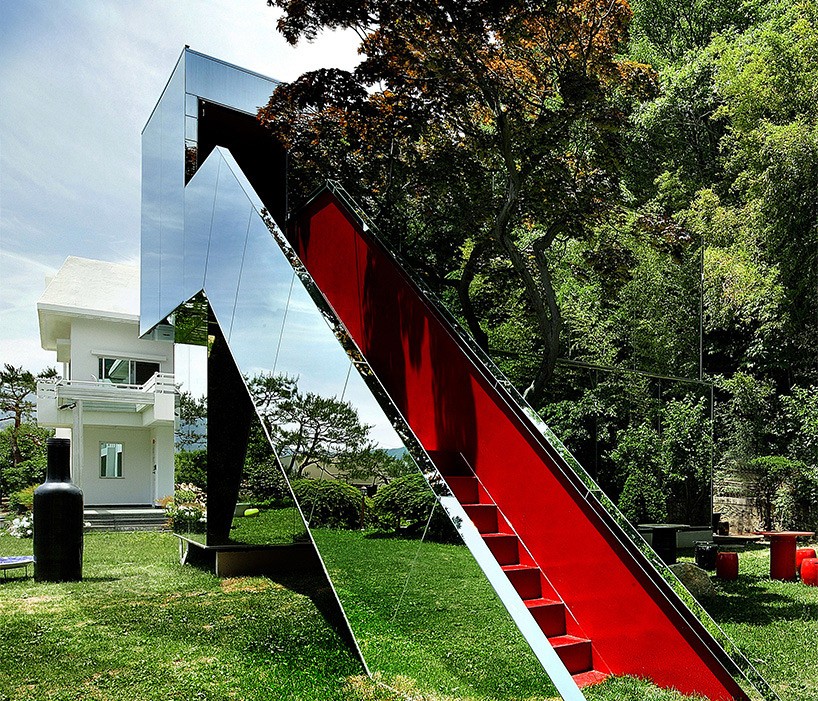 approaching the extension of korean potter jung gli-young’s gallery in cheongdo-gun, korea is a bit of an odd affair.the entirety of the structure, designed by yoon space design, is clad in mirrors, an effort to bring the beauty of the surrounding area into the building, it continues internally, creating a harmonic balance perfectly suited to the artist’s work. 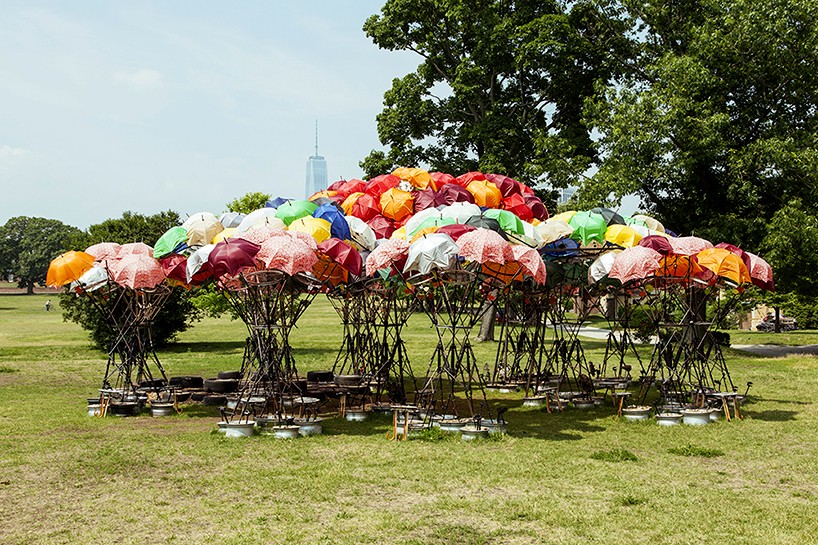 following a successful kickstarter campaign, the ‘city of dreams pavilion’ by izaskun chinichilla architects (see previous designboom coverage here) has been completed. the project appropriates naturally occurring structures to create an adaptable installation able to change with time and context. architecture must alter itself to cope with uncertain budgets, social changes, and ecological dynamics. the design utilizes flexibility to fulfill needs and wants in constant flux, and does so in a natural, intuitive fashion.

as outlined in their original concept, the ‘city of dreams pavilion’ was realized with only recycled materials. broken umbrellas, old stools, wrecked bicycle and car rims are the primary components; sourced from several institution within the greater new york area. 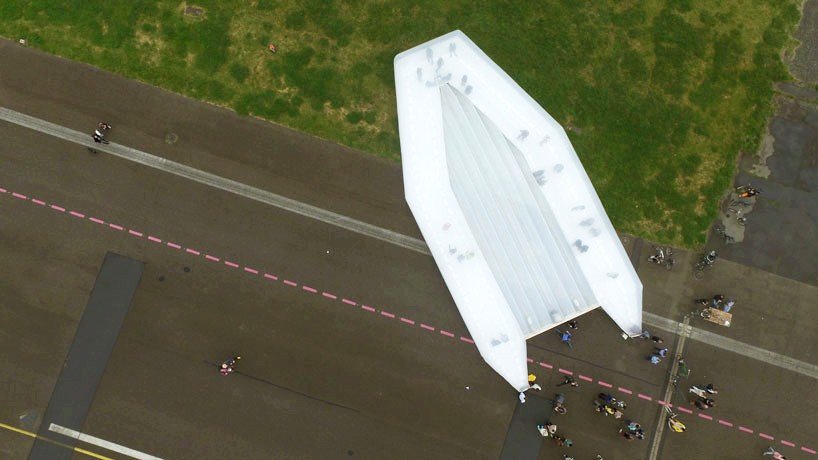 plastique fantastique’s installation ‘liveboat – chapter five’ addresses ongoing issues regarding refugees. taking form as an oversized inflatable lifeboat which has ‘crashed’ upon the tarmac of berlin’s tempelhof airport, the work represents the end of a long, toilsome journey. within the blow-up structure, visitors engage with a constantly looping, multi-lingual soundscape that includes extracts from homer’s the odyssey, as well as intertwined fragments of refugees’ stories. 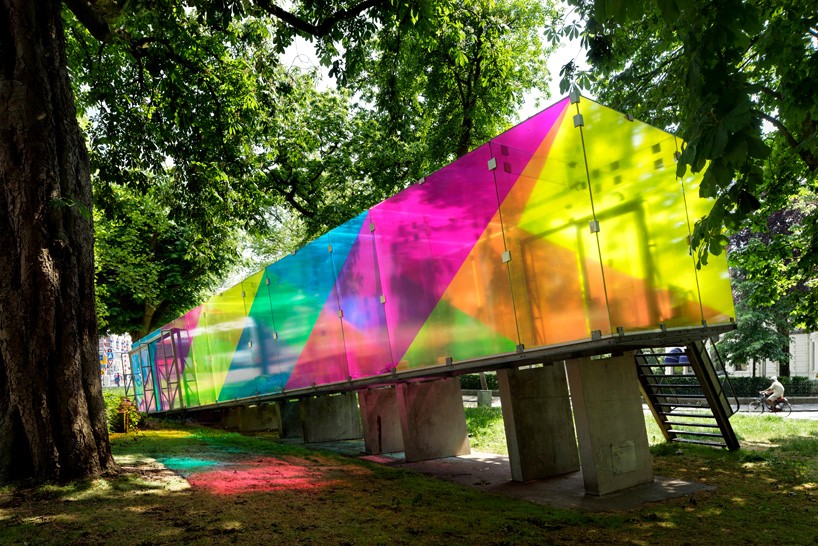 in 1990, the city of groningen in the netherlands, held a city-wide exhibition called ‘what a wonderful world’. scattered throughout the metropolis, five pavilions brought pop music to the mainstream public realm. created for long-term installation, the pavilions were made by the architectural avant-garde of the time, including peter eisenman, zaha hadid, coophimmelb(l)au, rem koolhaas, and bernard tschumi.

originally, tschumi chose glass for its ability to create unstable façades. as videos were played on the transparent surfaces, they transformed the space into an illusive spectacle in which images were constantly being altered by reflections, positions, and the moving city beyond its walls. in keeping with the concept, shift architecture urbanism reinterpreted the space into the ‘CMY pavilion’. 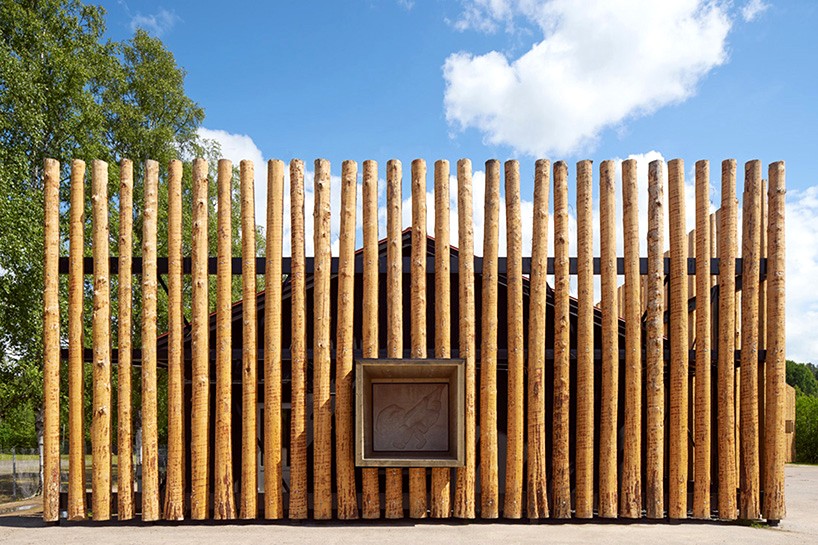 a short trip outside torsby, sweden, a timber façade juts from the middle of the forest. once a schoolhouse, the building has been renovated to house the ‘torsby finnskog center’. the cultural museum showcases finn building techniques and crafts, and also explores their history, traditions, and folklore. working with only raw materials from the surrounding forest, architecture firm bornstein lyckefors hoped to design an ‘expression mark’ to effectively communicate the project’s finnish roots. 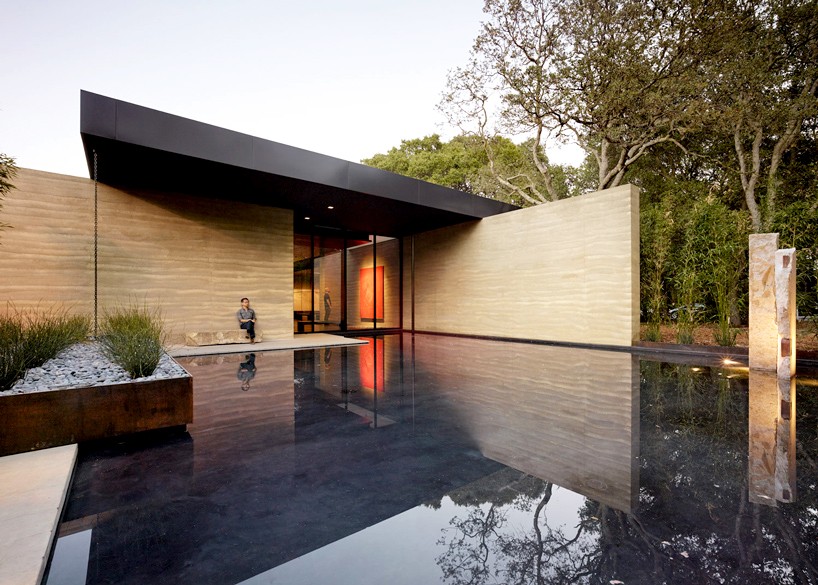 the ‘windhover contemplative center’ by aidlin darling design in collaboration with rammed earth works, is located on the campus of stanford university where it serves as a sanctuary for quiet contemplation amid the academic bustle.

the landscape architecture attributes to this sense of calm and was created by andrea cochran, the site is also surrounded by a grove of mature california live oaks. the use of rammed earth provokes a deep feeling of serenity as the massive walls of native rock, sand, and clay quieten the outside chaos, the tranquility is reverberated by a unique combination of thermal and acoustic stability. in addition the walls were specifically designed as a backdrop to the paintings by nathan oliveira. 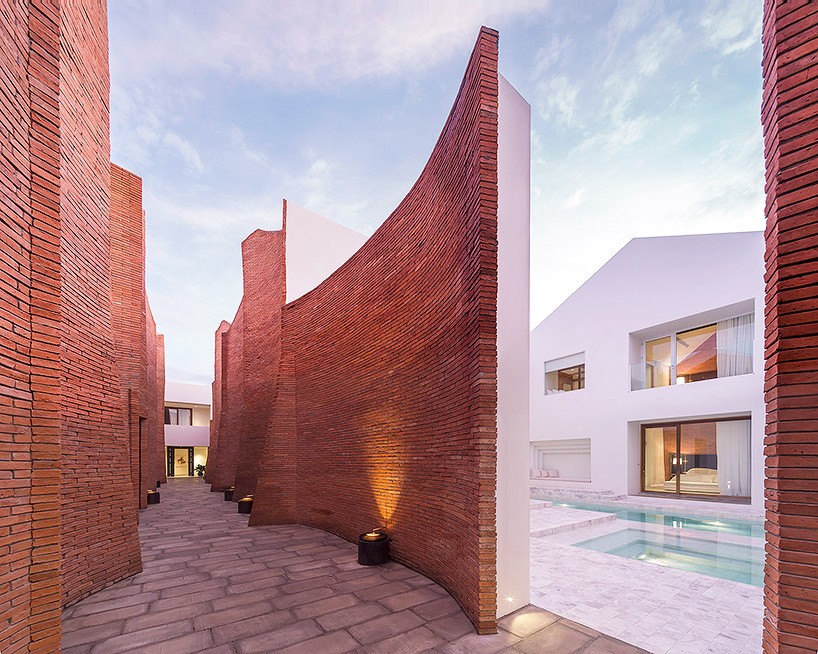 ‘sala ayutthaya’ by onion is a 26-room boutique hotel across the picturesque site of the old capital of thailand along the chao phraya river. built in 1353 by the first monarch of ayutthaya kingdom, phutthai sawan temple becomes the encompassing view of the restaurant and the riverfront suites. the main entry, next to a sala tree on U-thong road, is a single iron door on a long brick façade that leads occupants to the low wooden ceiling above the reception desk and the double volume art gallery.

within this space, the dominant feature is an antique timber door whose frame has been designed by the architects. it is placed between transparent mirrors, opening to the exterior courtyard, and narrowed by the paralleled brick walls of multi-curved geometries that frame images of the sky. ‘what is unique about this main circulation is the constantly changing shadows,’ notes onion. ‘the curved shadows from the two sides normally meet on the floor at about eleven o’ clock in the morning. they transform the atmosphere of the space at different times of the day.’

Oct 21, 2021
swedish family envelops home in greenhouse to warm up stockholm weather
thanks to this construction, it is possible to keep a temperature of 20 ° C indoors, without turning on the heat, while the outdoor thermometer displays -15 ° C.
architecture
604 shares
connections: +420