this year we received several thousand private space’s submissions from our readers, with designers, artists and architects from across the globe sending through a diverse range of works that we have shared with our audience over the last 12 months.

we believe that maintaining an open dialogue with creatives is extremely important, and we are happy to showcase the high level of original projects of our readership. from renovated siheyuans in china to a shelter and observation point in chile, we highlight 10 private spaces from our reader submissions of 2017. 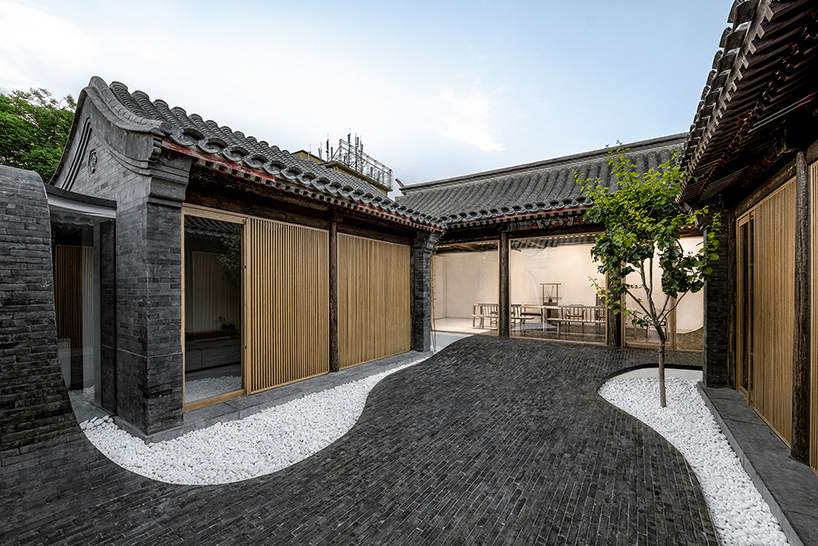 completed by archstudio, ‘twisting courtyard’ is a renovated residence in paizihutong, dashilar area, beijing. the property was once a siheyuan (courtyard house) with a single entry, and the purpose of this project is to upgrade the necessary infrastructure needed for a contemporary lifestyle. hence, this traditional courtyard which mainly served as a residence is turned into an attractive, urban public space within beijing’s inner city. 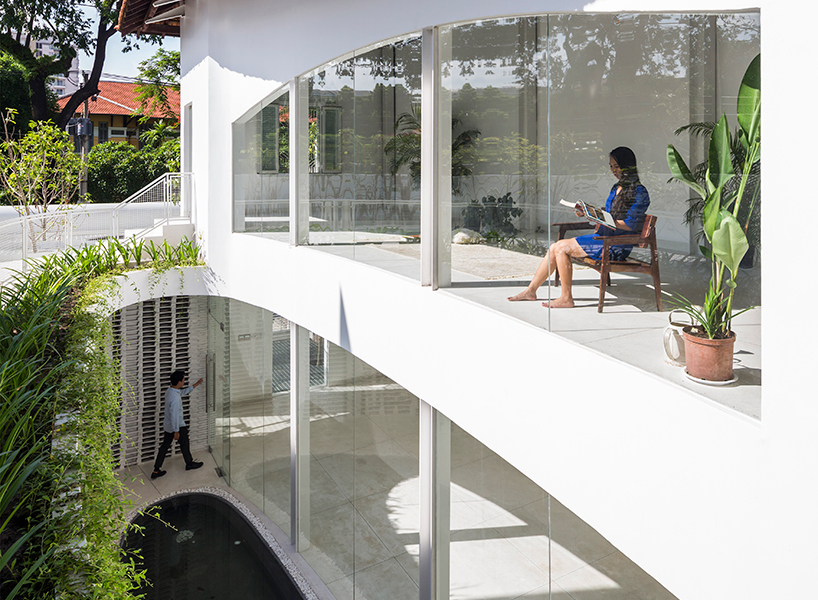 vietnamese-based architecture firm kientruc o was commissioned to remodel a traditional vietnamese house into a contemporary structure using spatial voids. the main challenge that arose throughout the renovation process, according to head architect đàm vũ, was deciding which pre-existing elements would remain as part of the newly remodeled house. the residence is a seventy years old colonial villa that sits on one of the busiest road in the heart of the city. 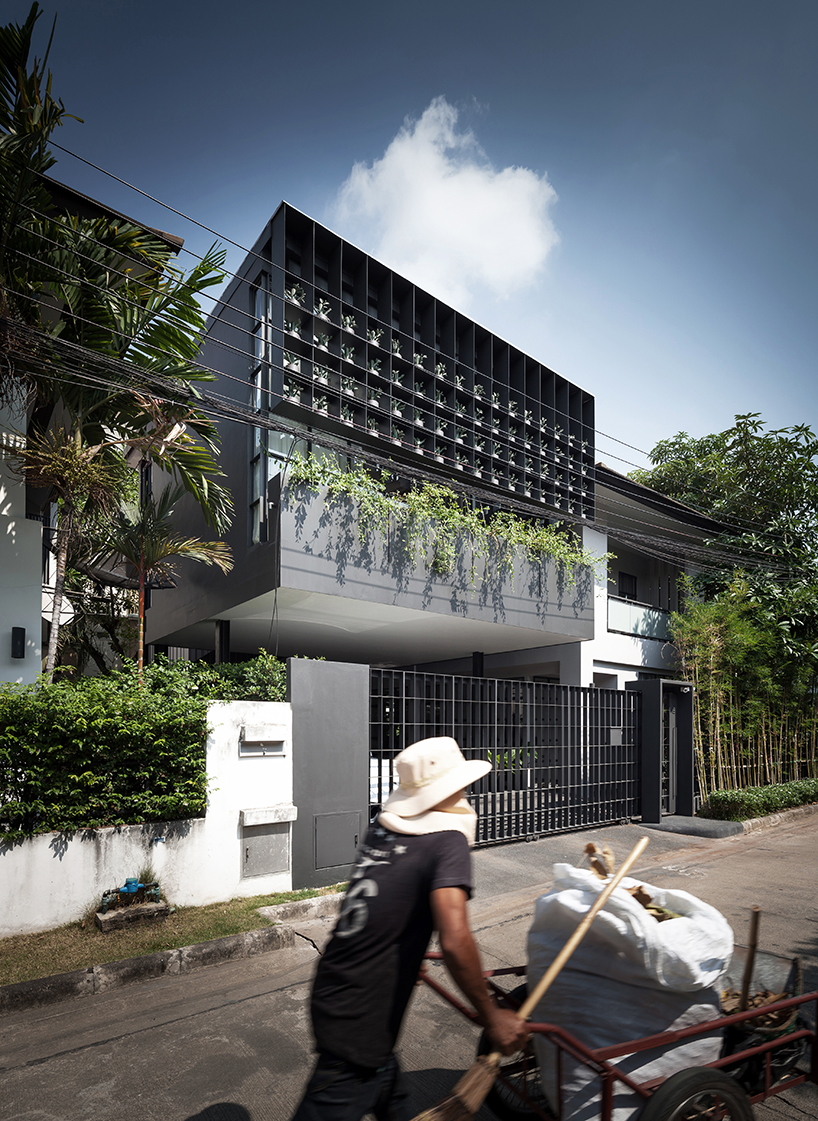 located in bangkok, the ‘flower cage house’ by anonym studio is a former 60 square meters housing estate, with an interior area of 300 square meters. recently, the owner had wished to renovate the property that was over ten years old — in order to provide a space that suits one’s needs to its full capacity.

4 – house for a photographer by FORM 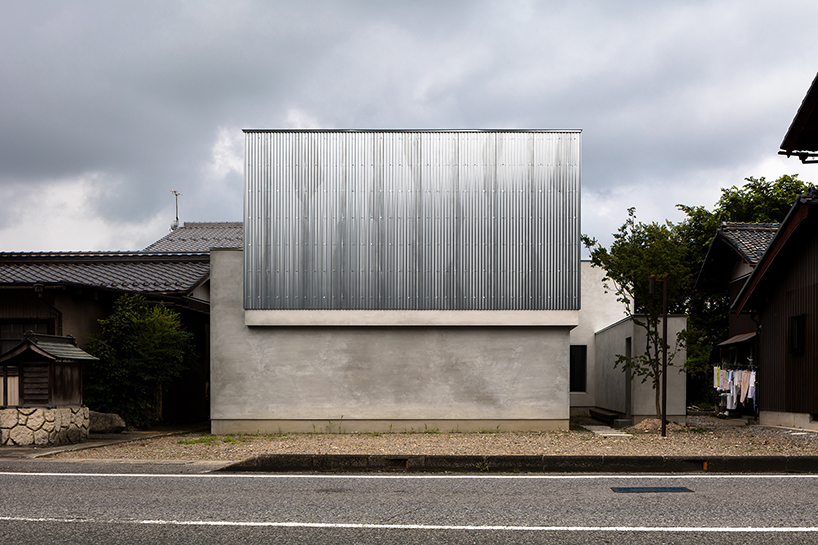 FORM’s ‘house for a photographer’ is located along an arterial road that runs through the countryside of shiga, japan. there are private residences in the neighborhood and a grove of the village shrine, surrounding a passage to the temple. the building is made of mortar and galvanized steel sheet which reflects dull light, making it look massive. it is laid out to be accommodated within the L-shaped lot, and stands facing the shrine on the opposite side of the street.

5 – KGET by bonte and migozzi 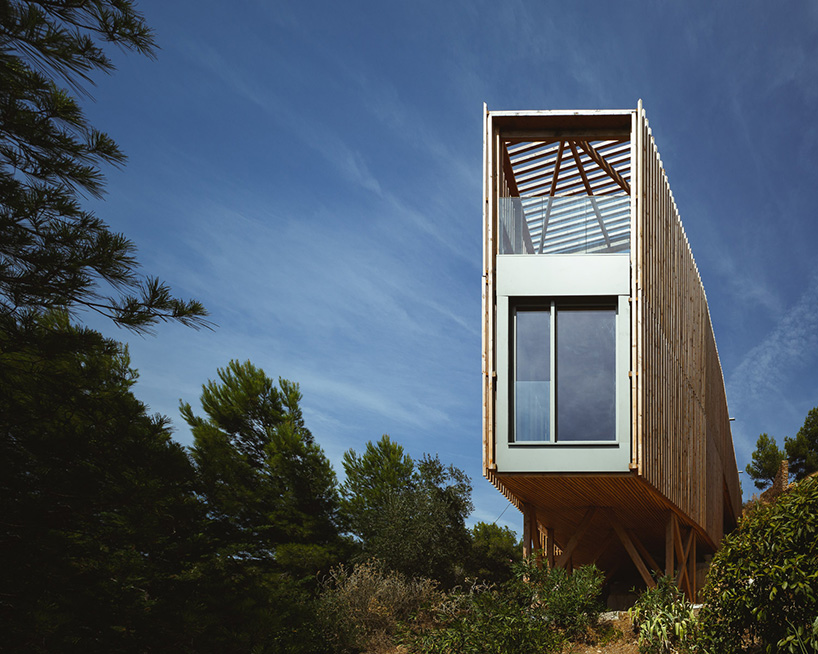 french architecture firm bonte and migozzi completed its contemporary wooden cabin, KGET, overlooking the azure mediterranean sea in greece. the house remains exclusive to the residents due to the lack of service roads reaching the property, while maintaining utmost privacy as a result of the acres of green pine and agave trees surrounding it. inhabited by the mediterranean culture and greek mythology, architect christophe migozzi revisited the primitive atmosphere of the cottage by reinterpreting a contemporary version of ‘ulysse’s vessel that surfs on a slope like a crab trawler’. 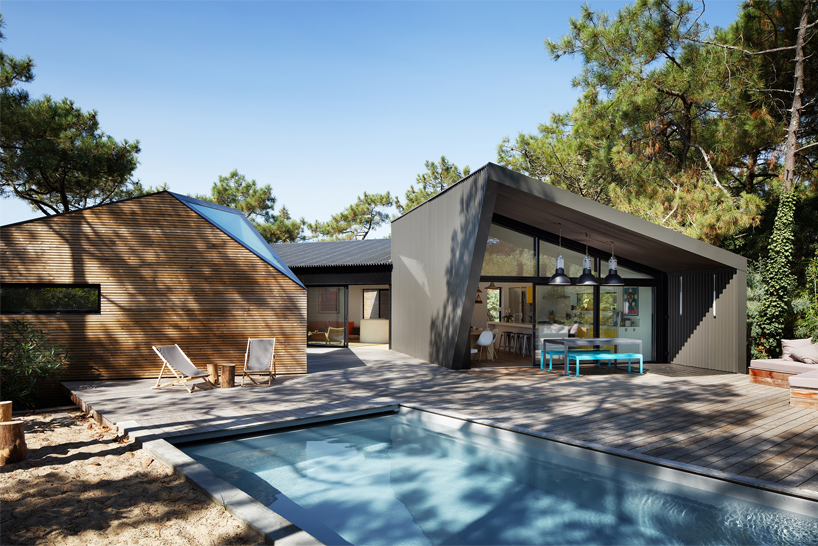 french architecture firm atelier du pont completes its 2017 A+ architizer award winning holiday cabin, nestled in a small forest of strawberry trees, yucca and pine. the residence is located on a hilly terrain that slopes gently towards the sea in cap ferret, france. the challenge, according to the architect, was to design a project that would exist in harmony with its surrounding landscape and have a limited impact on the existing vegetation. 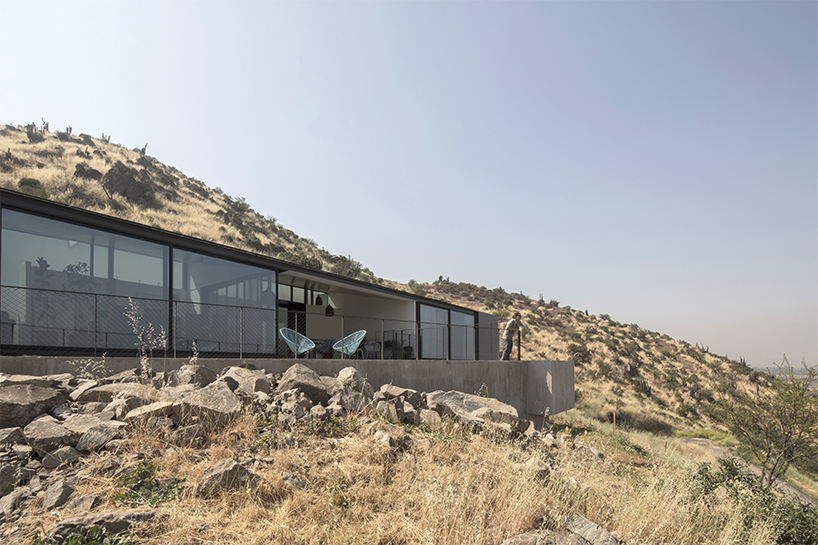 sitting on a hill at the outskirts of santiago, chile, the caza GZ by SCL architecture (studio cáceres lazo) is a private residential project completed for a young chilean couple. initially, the plot posed a challenge with its remote location, steep topography and absence of roads to reach it. but since the clients were in no rush for the house to be built, the first two years have been dedicated to mining and creating a suitable access on site. by then, the project had resumed when the couple had their first child — which impacted the original program. in the end, with several meetings, the residence became perfectly tailor-made — owing its ‘raison d’etre’ to the unique scenery of the chicureo valley. 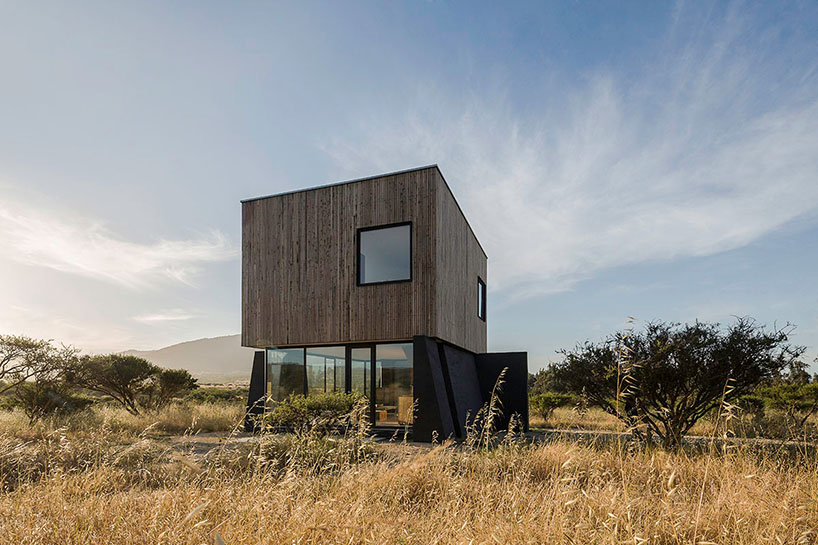 located in the north-central area of chile, el vigilante house by design studio RUIZSOLAR arquitectos doubles as a shelter and observation point overlooking the south american landscape. two bedrooms, one restroom, a lounge and kitchen space on the first floor set the stage for the physical expression of the chosen building materials — where reinforced concrete pillars and walls connected via crystals delimit this contemplation space. in contrast, the second floor cladded with 2×1 wooden panels offers a more intimate setting that sets the private quality of the residence. 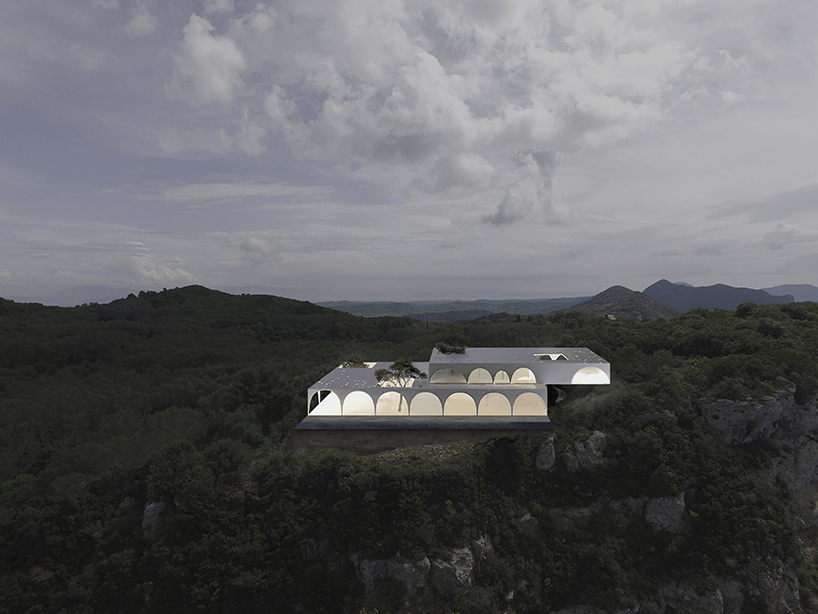 314’s refurbishment proposal of a summer house is set on a western cliff of corfu island in greece, covered in olive trees and surrounded by sea. the house is located on the edge of a cliff, like a lighthouse having a spectacular panoramic view of the ionion pelagos. the remote location of the house provides tranquillity and due to the absence of artificial light at night, the area provides a tremendous view of the stars. this is why the property is called ‘the midnight stars’. 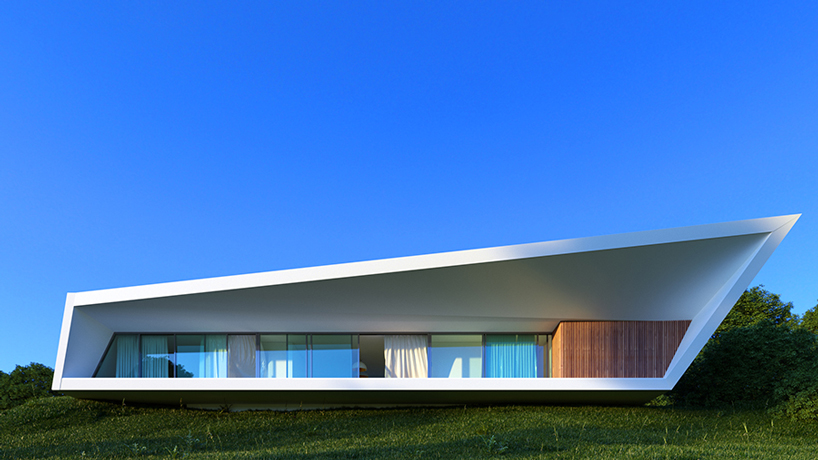 kazakhstan-based architecture firm, nravil, completes its elegant ’white line’ house overlooking the almaty cityscape. according to the architects, ’the main goal it to develop the project without harming the natural landscape.’ minimal excavations were performed during the building process as the relief of the site is nearly flat — as a result, the house sits on stilts. moreover, the frame of the house is concrete coated with a smooth white lime plaster.