2018 was a year full of surprises where architecture practices delighted us with clever solutions for small spaces, proposals for urban farming, and functional spaces that respond to their context. this year we received several thousand submissions from our readers, with designers, artists and architects from across the globe sending through a diverse range of works that we have shared with our audience over the last 12 months.

we believe that maintaining an open dialogue with creatives is extremely important, and we are happy to showcase the high level of original projects of our readership. from a beach cabin to a suspended greenhouse, we highlight 10 private spaces from our reader submissions of 2018. 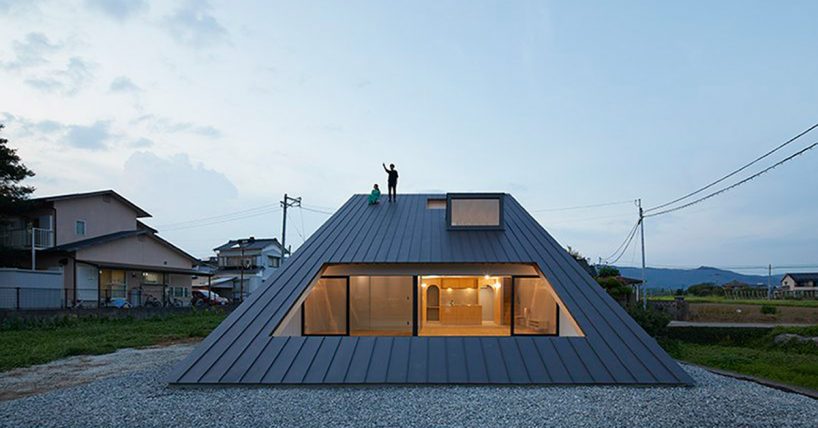 house usuki by kenta eto architects is a project that aims to harmonize human scale with environmental scale, amidst the rolling hills of usuki city in the oita prefecture of japan. the surroundings are characterized by mountainous terrain and scattered fields and houses. the concept behind the design is to utilize the topography and difference in levels of the site going down from the mountains. 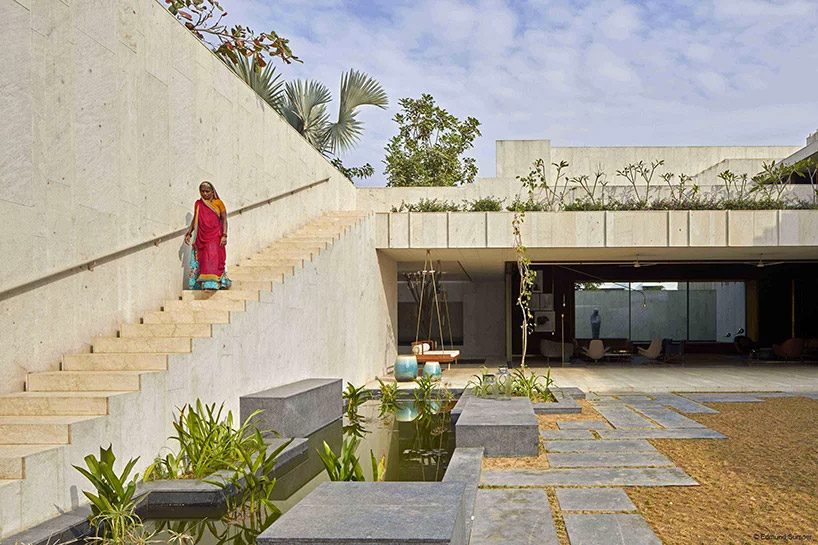 made of dhrangadhra stone, a very common material in ahmedabad, india, the private home designed by spasm design studio is a cross in plan, which allows for easy ventilation and the possibility of a seamless connection with the outdoors. this frame allows the home to be immersed within the greens, considered imagery and landscape will form the surrounds of the construct. 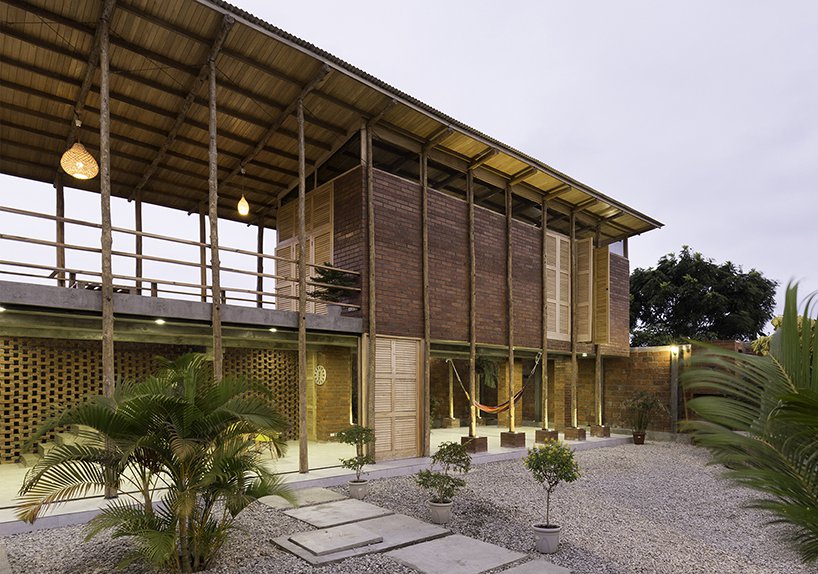 natura futura has built a house with baked bricks and glass-less windows in villamil, ecuador. capturing the essence of the area, which was once a port for fishermen and has been declared by UNESCO as the second best climate in the world, natura futura had incorporated traditional elements in the design of the residence such as shutters instead of glass on the windows, which allow for ventilation and shadow, and bricks that provide both privacy and permeability. 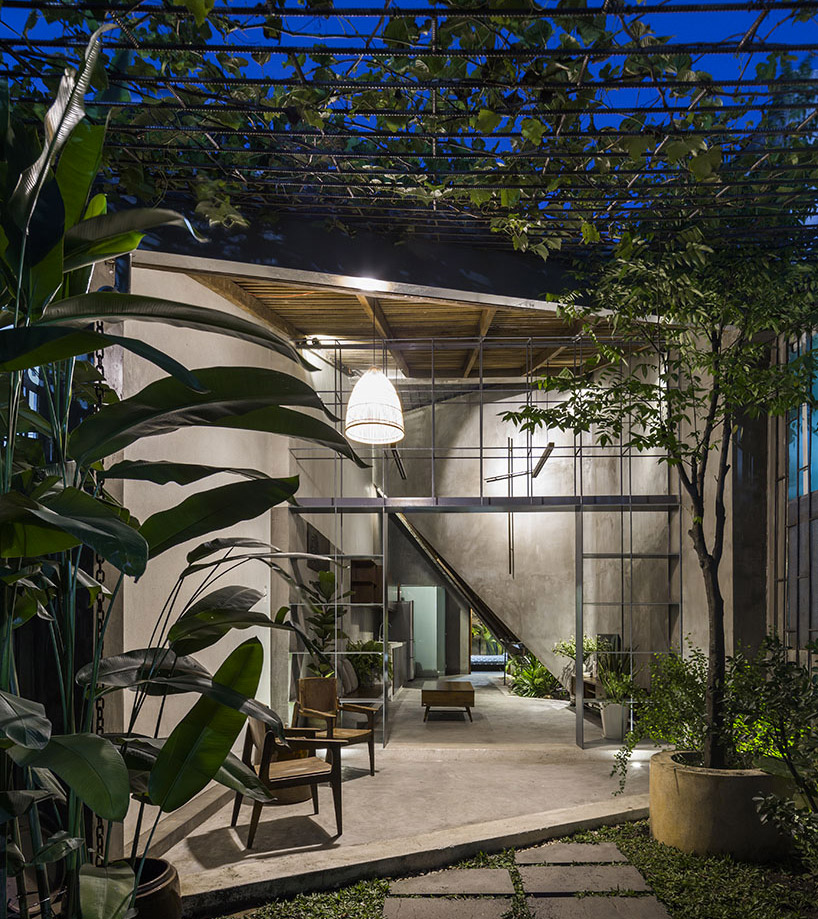 23o5 studio completed ‘the hut’, a house designed without limits between its indoor and outdoor spaces. located in the thu duc district of ho chi minh city, the project aims to incorporate plenty of green spaces that constantly disappear due to intense urbanization. influenced by the designs of traditional vietnamese houses combined with modern aesthetics, the result is a quite and peaceful space created for young couples. 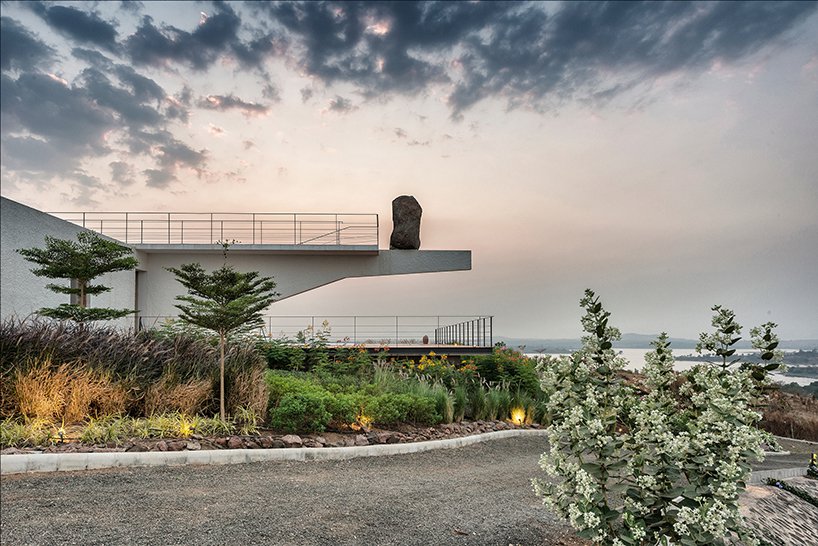 this year, spasm design architects placed a four-ton rock on the tip of a cantilever in this private residence in  maharashtra, india. the house is located in an open field that faces the farmlands, the nearby reservoir and the highlands and it boasts floor-to-wall windows throughout that offer unobstructed views of the surrounding area. 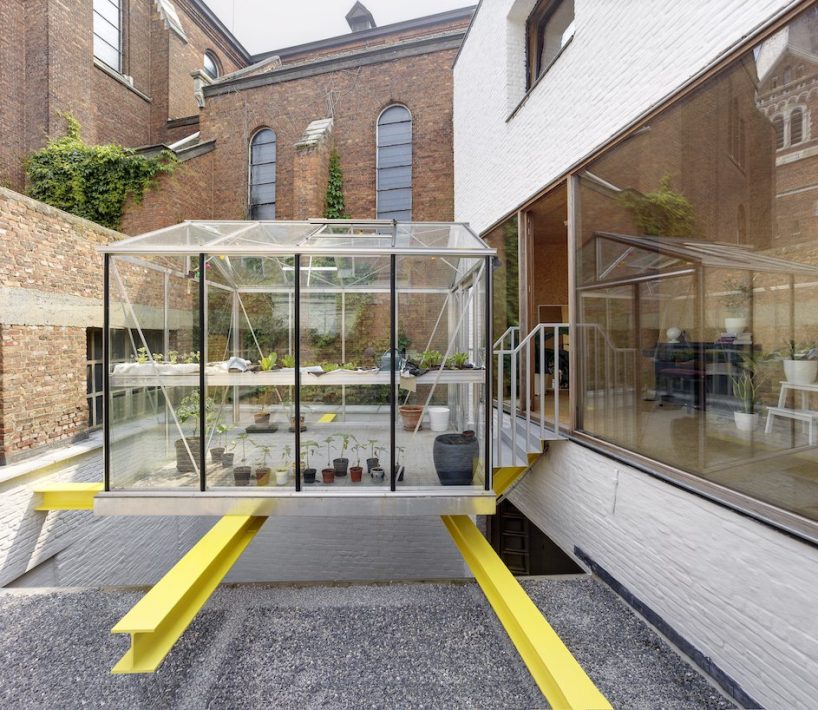 dmvA was apporached by a client who had the desire to do urban farming — something which is not evident in the center of mechelen, belgium. due to the specifics of the site and the client’s requirements, the architects created a levitating greenhouse in the home’s courtyard. by hanging the structure up in the air, the architects found a solution to the lack of illumination and ensured the patio to stay bright and light. 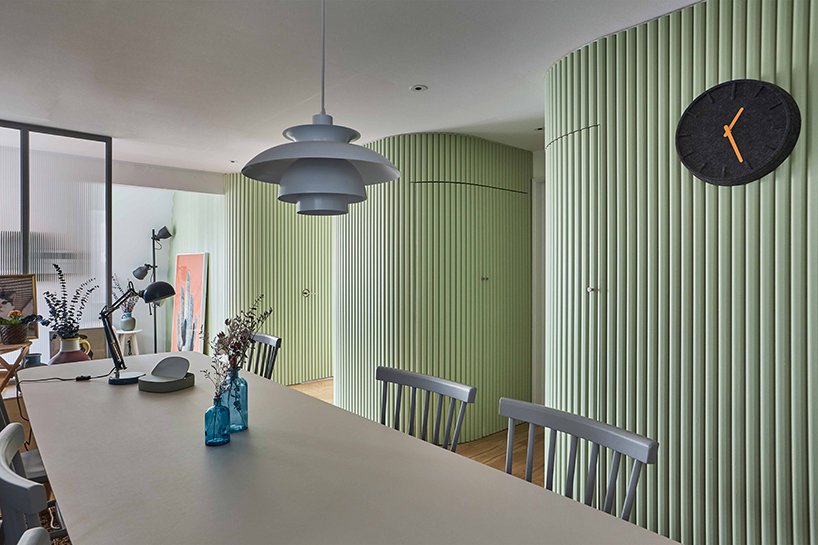 madrid-based daniel valle architects’ house is located in a three-story building from the early 90s in the center of seoul. it is common for this type of buildings to bear its structural system which allows for very subtle spatial transformations. taking this into consideration, the proposal for renovation redefines a new service area placed in the middle of the house acting as a transition zone between living and private spaces. 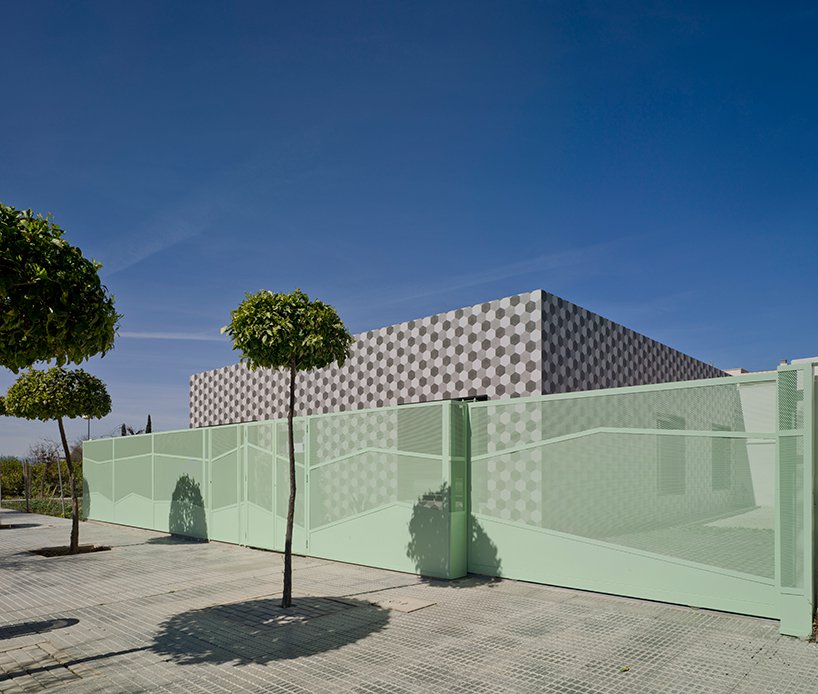 a tiled façade and green fence reflect the surroundings of this private residence on the outskirts of a small spanish village. designed by laura ortín arquitectura, the ‘wonder house’ takes its cues from the ceramic coatings of traditional houses in the area, while the fence mimics the outlines of the nearby hill. 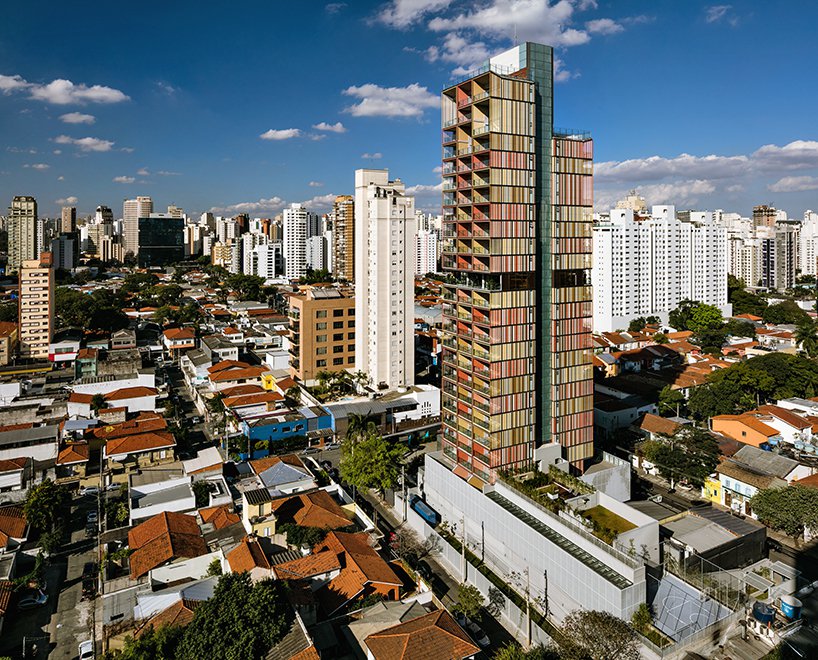 designed by b720 fermín vázquez architects, the newly-built 85-meter high forma itaim apartments tower is located in itaim bibi of são paulo. the neighborhood is in a deep transformation, and is moving from the traditional fabric of horizontal single-family homes to a skyline of buildings that meet a growing residential demand for a prosperous upper middle class. the building has 123 apartments and is a colorful tower of 25 floors with common areas on the first level (squash, indoor pool, restaurant, social room, etc.) and underground parking. 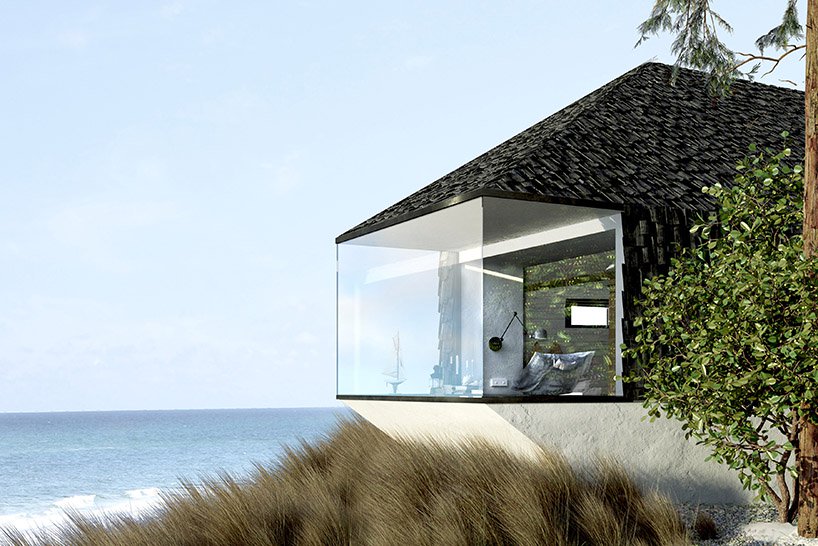 zup-a studio designed ‘cabin by the beach’ — a cozy holiday house for two people or a small family. located in the village of pleśna, poland, the cabin allows a spectacular view of the baltic sea. the glazed terrace contains a fireplace and a wooden bench to relax and enjoy the surrounding nature while all the settings are arranged in the center of the building — the kitchen, bathroom, workplace, and a storage unit, on which the attic with the sleeping area is set.