as 2019 draws to an end, we continue our review of the projects that have been submitted over the past year by our readers. from restaurants to bookstores, to leisure and retail stores, our readers portal has provided a great window to architecture from all over the world. from established studios to small practices, we have received several thousands of submissions, from which we carefully handpick the best to share with our audiences.

our submissions portal and the open dialogue with our readers is fundamental to finding and sharing architecture from all across the globe. from idyllic timber boat houses in china to a cafe in india made almost entirely from cardboard, we continue our round the TOP 10 reader submissions of 2019 – public spaces. 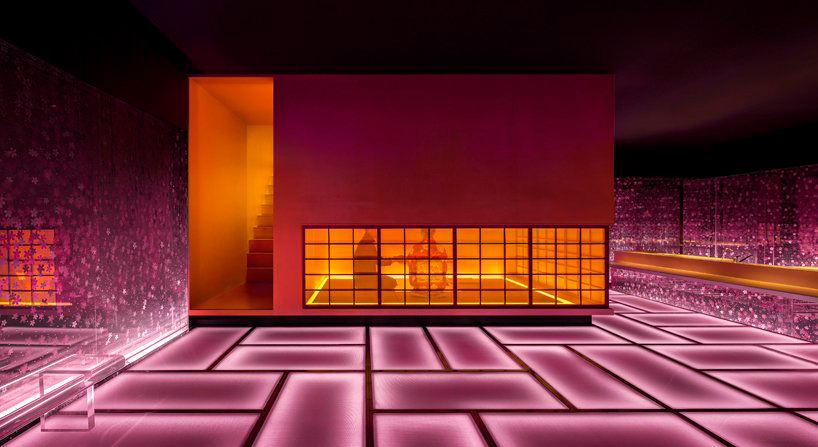 envisioned by shanghai hip pop design, the interior of ‘omakase’ restaurant has been built to envelop guests in swathes of pink cherry blossom. situated within a renovated business center in shanghai, the brief required the creation of a space fit for the ‘romantic’ kaiseki cuisine that is served inside. as a traditional and high-quality japanese food, the team chose to complement the dishes by taking inspiration from ‘sakura rain’ – the phenomenon of cherry blossom petals falling gently to the ground in the breeze.

2 – connected to the ground, the sloping roofs of these cottages in india bridge nature + architecture 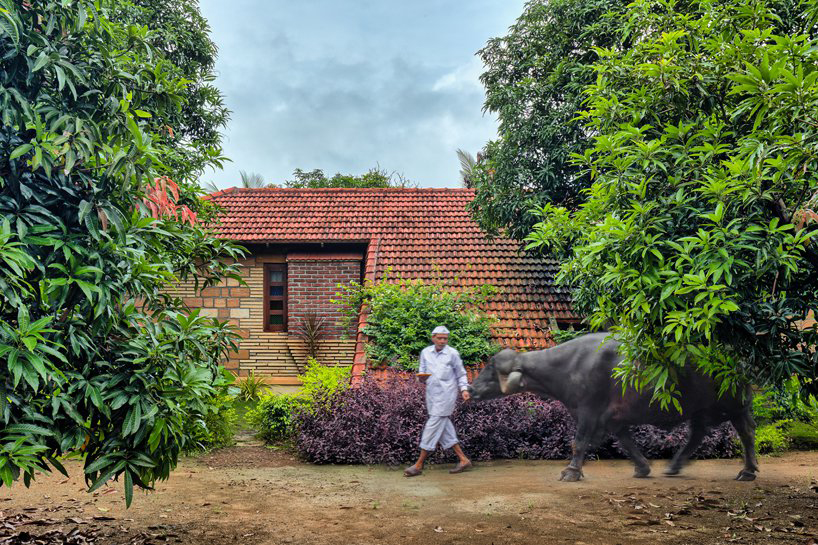 ‘aaranya’ is an agriculture farmstay located in rural settings at the edge of sasan gir lion sanctuary in india.designed by ahmadabad-based architect himanshu patel of d6thd design studio, the project centers around the principle of vernacular architecture, and is based on established, honest, and time-honored construction techniques. in particular, the roof is made from terracotta, a material associated with the memory of many family generations, and a representative image of almost half million indian villages. the whole design of ‘aaranya’ intends to evoke this one central element of indian architecture — the terracotta tiled roof. 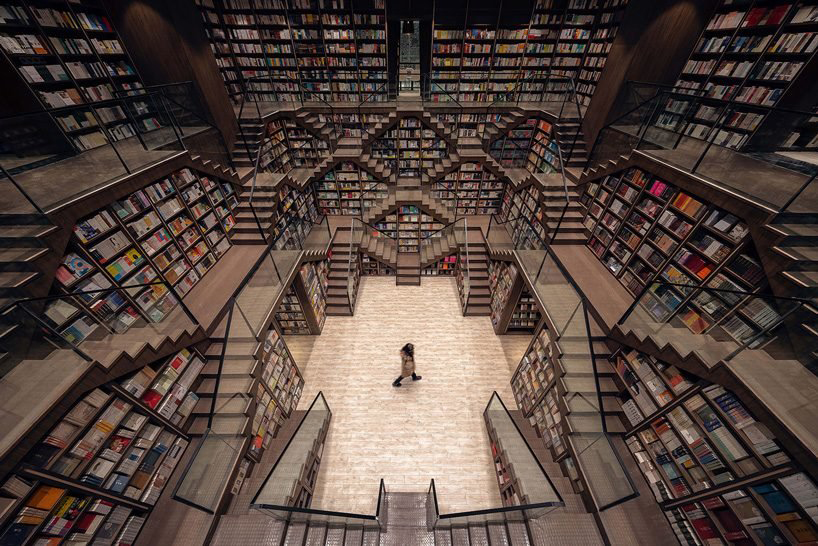 the chongqing zhongshuge bookstore by shanghai-based firm X+living celebrates the landscape and historical sites of its namesake chinese city, chongqing. the two-floor store invites visitors into a theatrical interior, typical of the studio’s design approach, packed with lampshade-shaped bookshelves, an escher-like reading area, and a colorful children’s room with drawings of the city’s landscape, buildings and transportation. 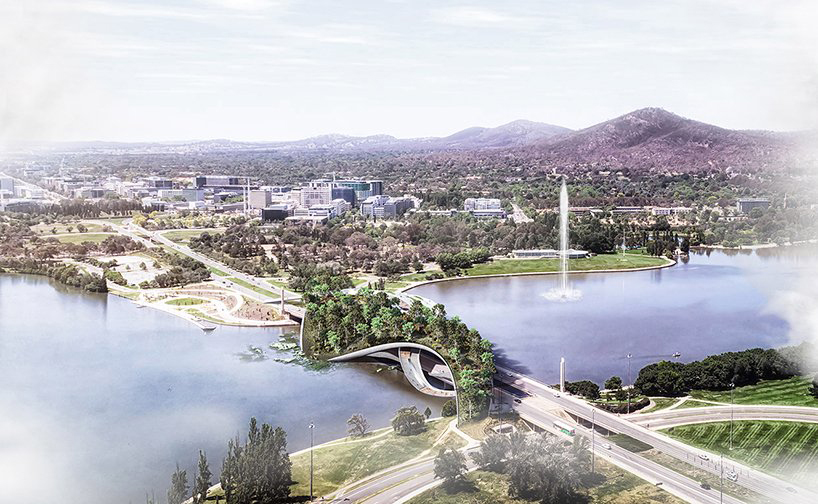 cx landscape’s entry for the ‘remaking lost connections’ competition in australia encompasses ribbons of life that revive a bridge in canberra, australia. their proposal creates a habitable green axis along the existing road bridge, commonwealth avenue, above lake griffin. during the lake’s construction in 1936, some aboriginal ngunawal cultural sites and rock paintings were inundated. the enlarged body of water separated the natural passage even further away, and although road bridges were constructed, the natural habitat suffered significant impact. 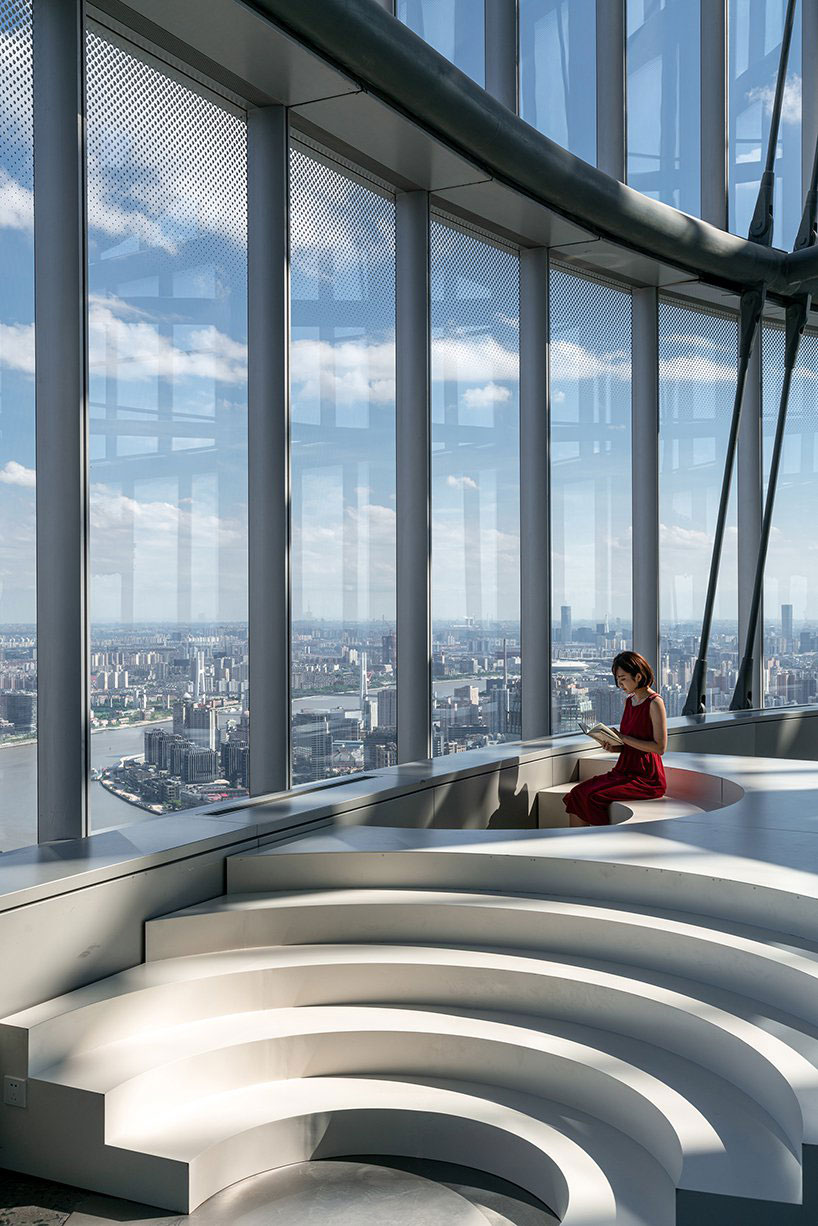 wutopia lab has recently completed the design of duoyun books’ flagship store on the 52nd floor of shanghai‘s tallest building, shanghai tower. titled ‘books above clouds’, the project was commissioned by shanghai century publishing and includes a variety of functions including a bookstore, a lecture room, exhibition space and a cafe. providing more than just books, the new public place intends to become a cultural landmark within the busy city. 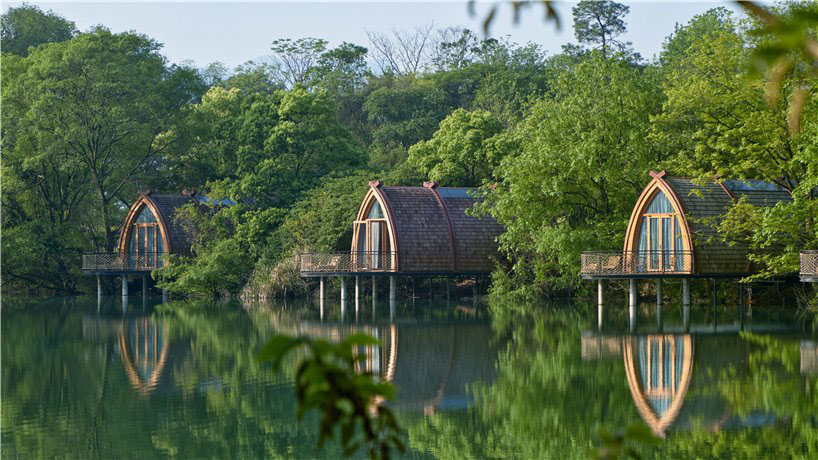 the design institute of landscape and architecture china academy of art has formed a series of ‘boat rooms’ for the fuchun new century wonderland resort in hangzhou. situated about 5 km to the east of the ancient town of meicheng, the timber volumes are inspired by the local custom and the ‘water tribes’ that lived on the river for several hundred years between the ming and qing dynasties. appearing to float on the surface of the river, the project provides guests with a unique hotel experience. 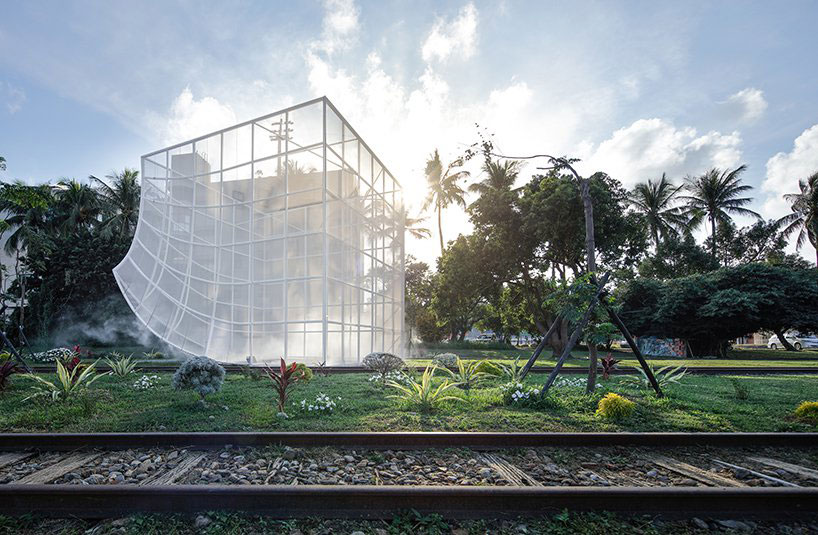 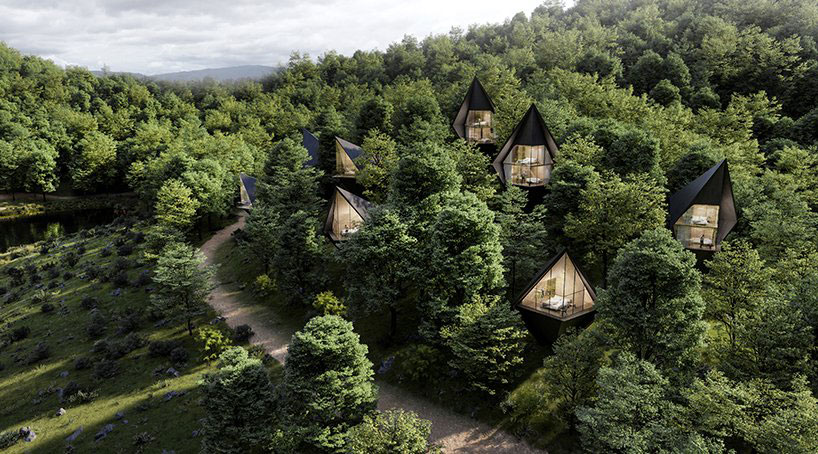 marking the milan based studio’s first work in the US, peter pichler architecture has developed a concept for sustainable tree houses in west virginia. following a similar project that was designed for a forest in the italian dolomites, this new scheme envisions a series of structures nestled into the wooded landscape. forming part of a luxury resort, the units are planned to meet the living building challenge guidelines for net-zero energy and environmental impact. 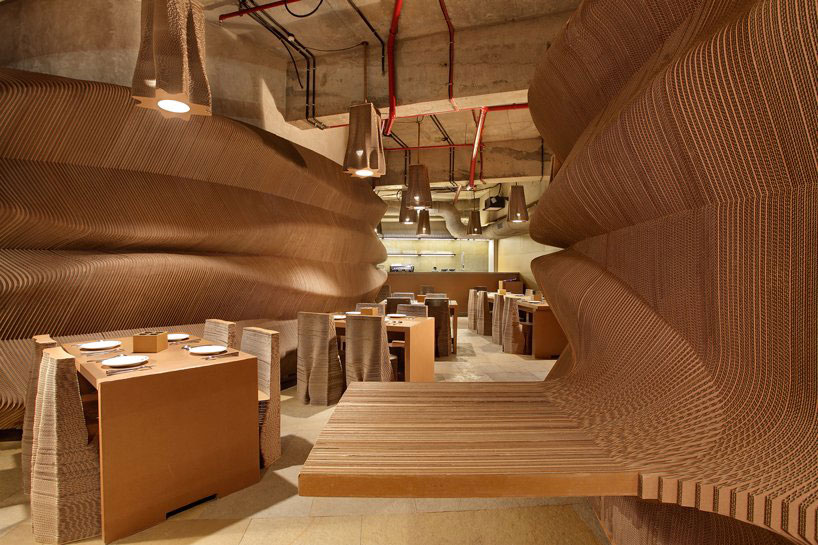 situated in mumbai’s central business district, ‘cardboard bombay’ by NUDES literally explores ‘thinking outside the cardboard box.’ the project by the architect uses the 100% recyclable and biodegradable material to form the interior of the cafe. the material has been selected as it is extremely versatile and also has excellent sound absorption properties. 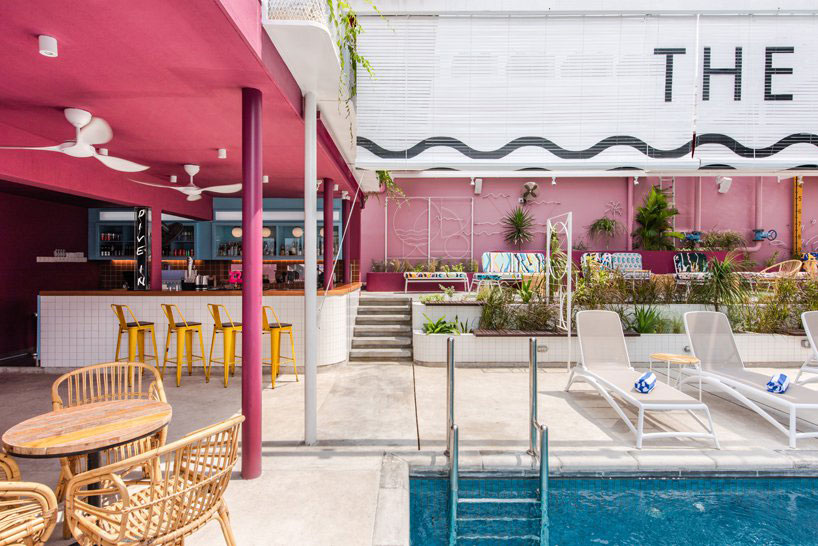 the swimming club by POW ideas is a pool and event deck situated on the 11th floor rooftop of KL journal hotel, a boutique hotel in the heart of kuala lumpur, malaysia. being in the tropics, the pool deck is envisioned to be an urban retreat for city dwellers and also shoppers from the adjacent shopping district of bukit bintang.

Jan 14, 2021
junya ishigami completes plaza of kanagawa institute of technology in japan
remaining open to the elements, the project has been conceived as an expansive landscape that changes with the seasons and the weather.
architecture
453 shares
connections: +1490