the last twelve months have seen a host of bold and innovative architectural interiors completed across the globe. with more and more companies understanding the importance of an appealing and engaging commercial setting, architects and designers are being asked to apply their skills to the medium of interior design. from rice stores in tokyo to high-end boutiques in new york, we’ve rounded up ten of the most interesting retail interiors that caught our eye in 2015. 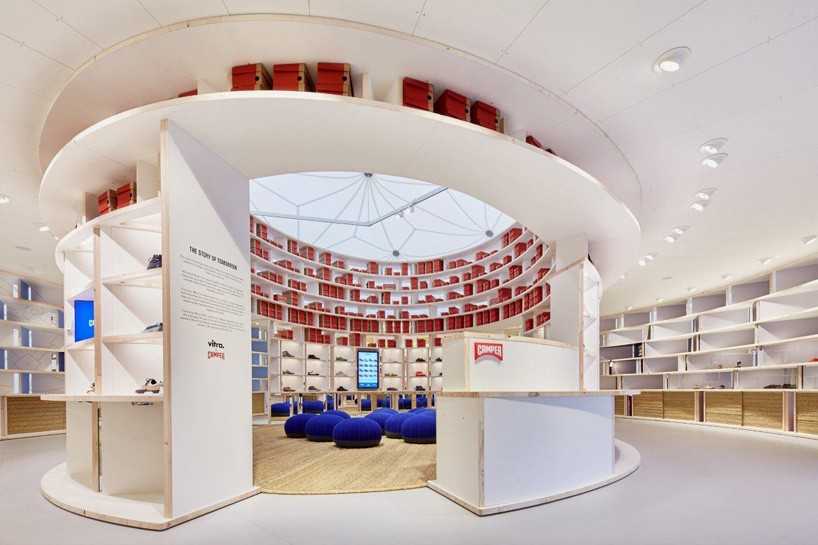 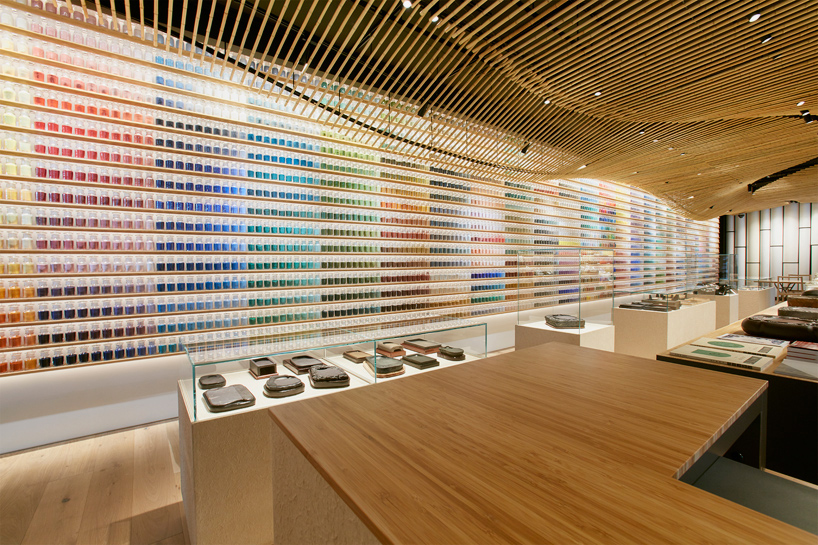 japanese company warehouse terrada opened an ‘art supply laboratory’ in tokyo — a scheme that also serves as a hub, connecting manufacturers with emerging local artists. named ‘pigment’, the store has been completed by architect kengo kuma whose design comprises organic curved surfaces that closely resemble bamboo blinds. beneath the undulating ceiling, pigments are displayed along the spacious interior walls, grouped according to their color. 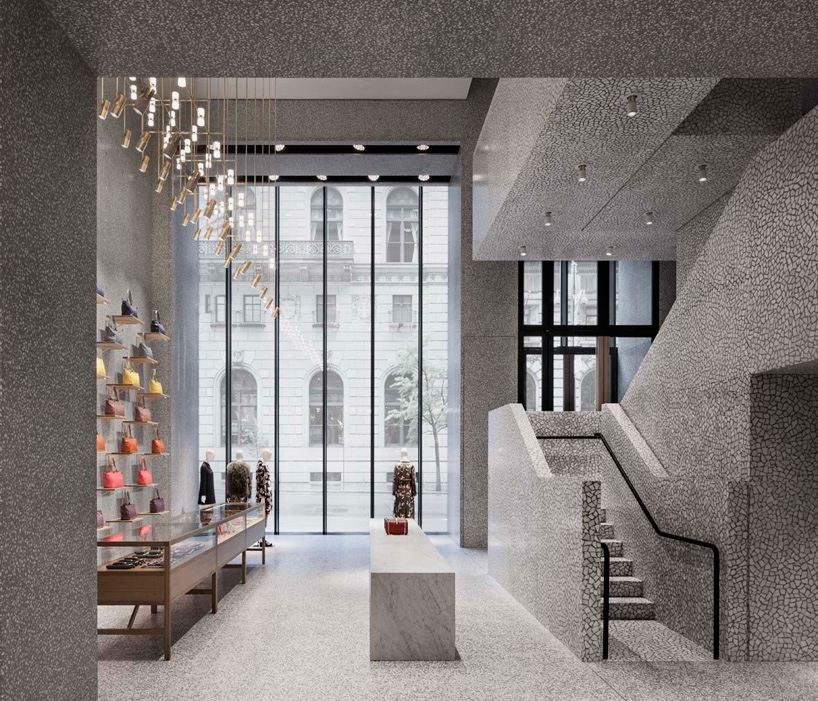 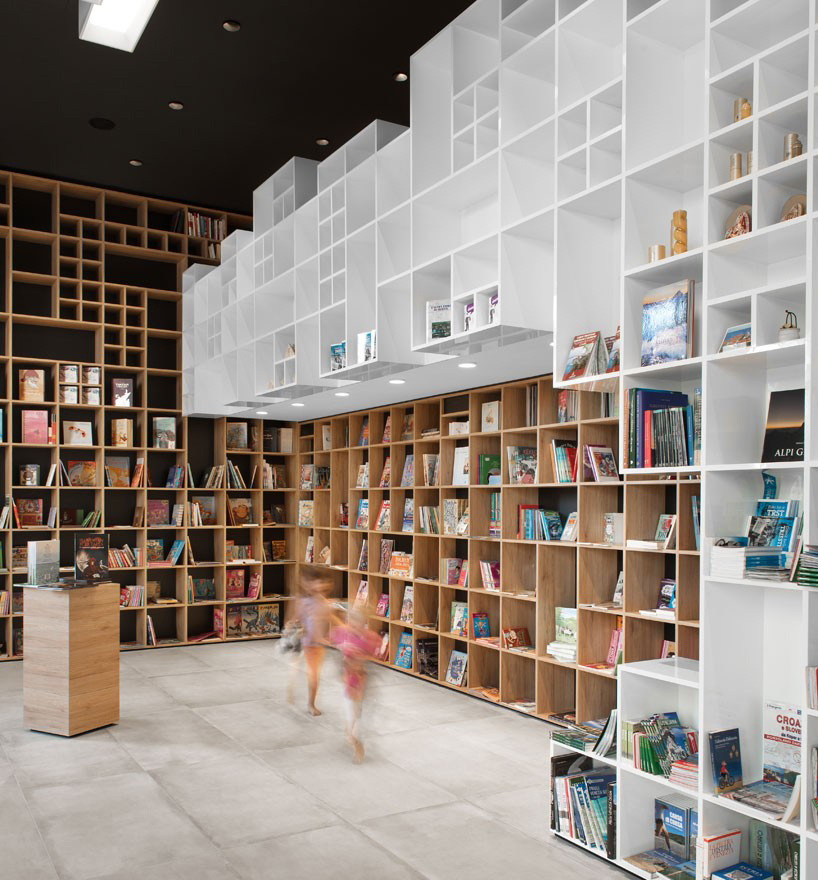 interpreting the architectural aspects of its italian context, sono architects crafted this book store with a distinctive, continuous shelving system. on the exterior, the scheme inhabits an early 20th century palace building, and despite its historical setting, the architectural approach towards the interior was to upgrade the existing scheme with contemporary additions in order to create an internal ‘scenery’. 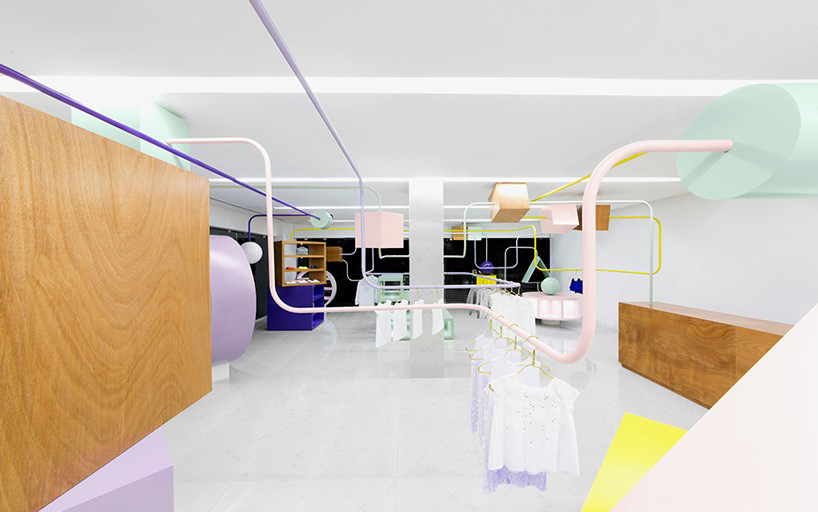 earlier in 2015, creative studio anagrama completed the playful rebranding and interior renovation of the children’s boutique ‘kindo’ in monterrey, mexico. the concept is reminiscent of a didactic bead maze made up of geometrical shapes. this classic toy has been cleverly adapted into the interiors, where the colored tubes can be seen winding through the space. 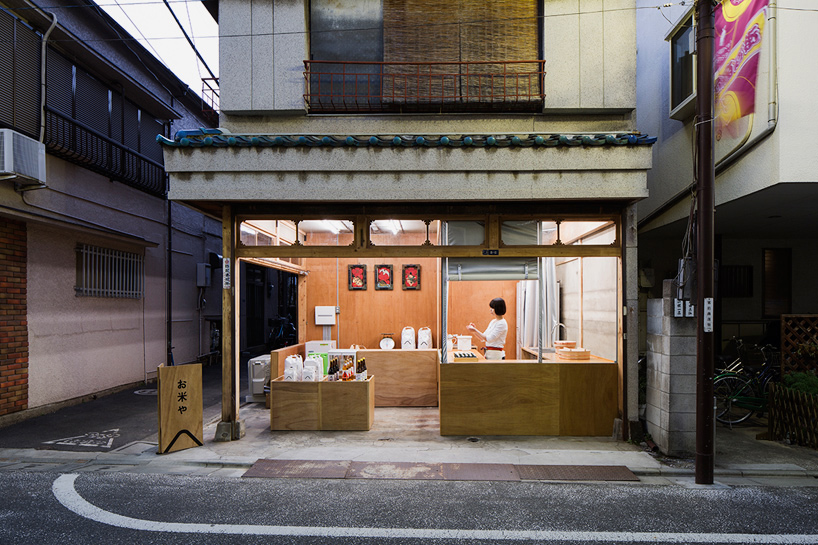 in tokyo, schemata architects transformed an existing timber building into a small rice store intended to stimulate commercial activity along a once prosperous shopping street. the design was commissioned by OWAN, a local company who are striving to regenerate the district with a series of new outlets, including a coffee shop and a larger café. 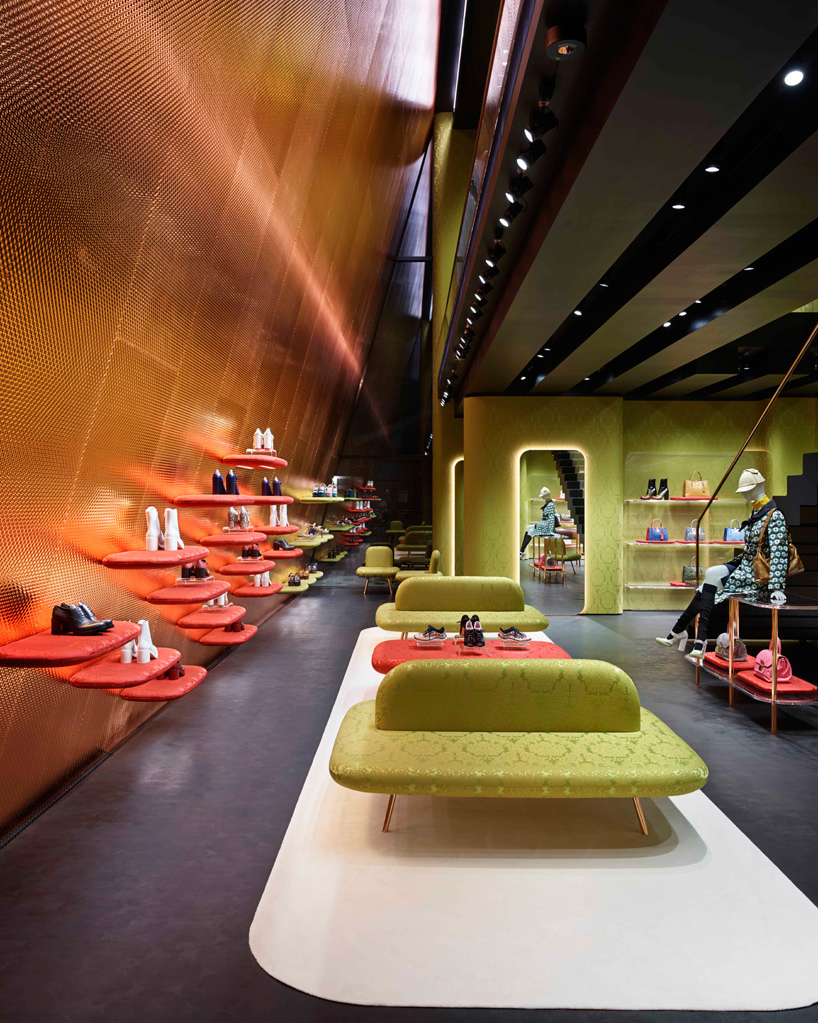 italian fashion house miu miu opened a new store in tokyo’s aoyama district, designed in collaboration with renowned swiss architects herzog & de meuron. internally, products are presented on tables and in display cases, while a range of sofas and armchairs ensure that the shop serves as a place to linger and enjoy the store’s ambiance. 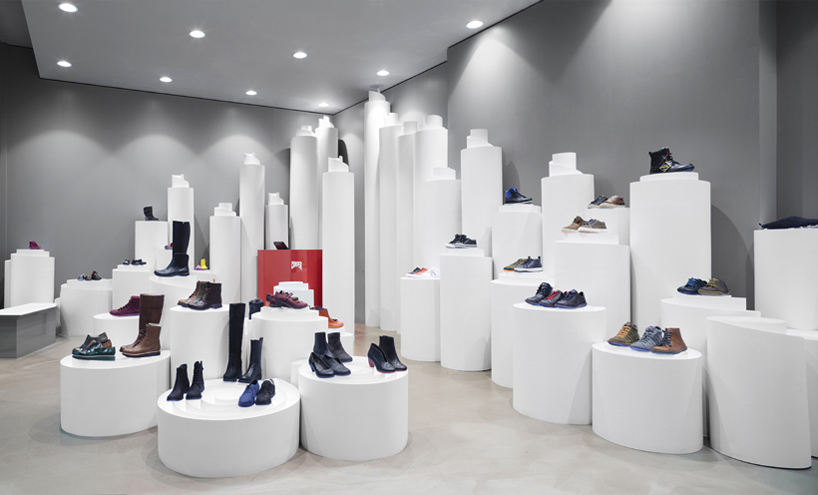 in march, nendo completed his third retail space for camper in stockholm. the interior scheme is based on rolled paper-like structures, which display the footwear on their naturally formed pillars. 2mm-thick resin flooring material has been spun into self-supporting structures serving as presentation platforms that give a sense that the shoes are balancing on paper sheets. 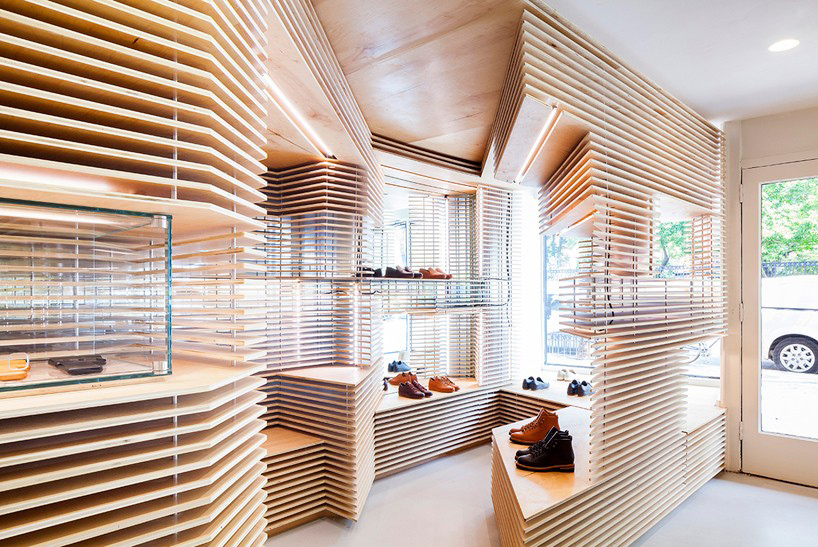 new-york based shoe store FEIT has opened up at a new location in the west village. the distinctive interiors were designed by jordana maisie, who paired the use of natural raw materials with digital technology. this unique identity demonstrates a clean aesthetic of geometric shapes formed by volume and void. 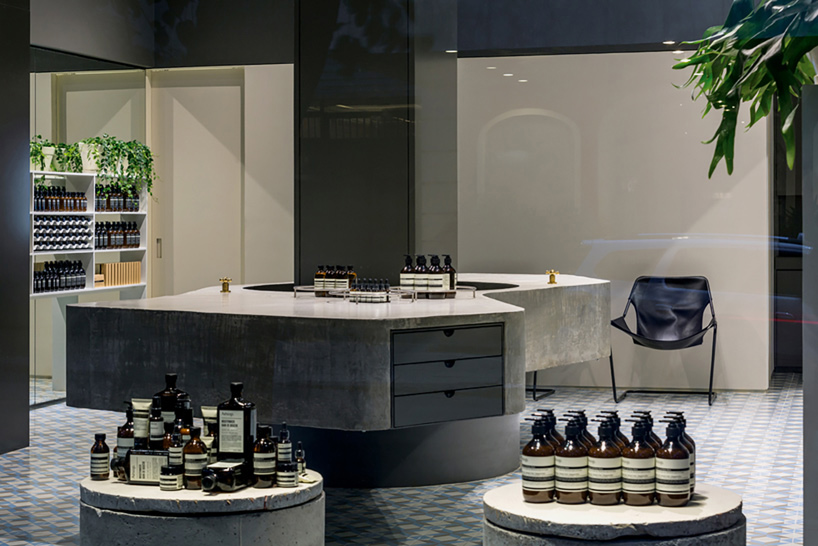 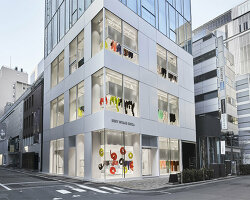 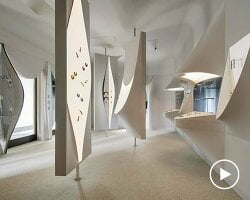