educational architecture is a powerful tool for stimulating creativity, as well enhancing concentration, motivation, and understanding. whether it’s a kindergarten, high school, or university, the environment in which we study directly influences how knowledge is absorbed. with this theme in mind, 2017 saw a wide range of educational facilities and school buildings promoting sensitivity towards landscape, flexibility, and the future.

from a school in ghana built in just 60 days, to a new campus for an ivy league university, take a look at the TOP 10 educational projects featured on designboom over the past 12 months.

1 – avasara academy for girls in india by case design + transsolar 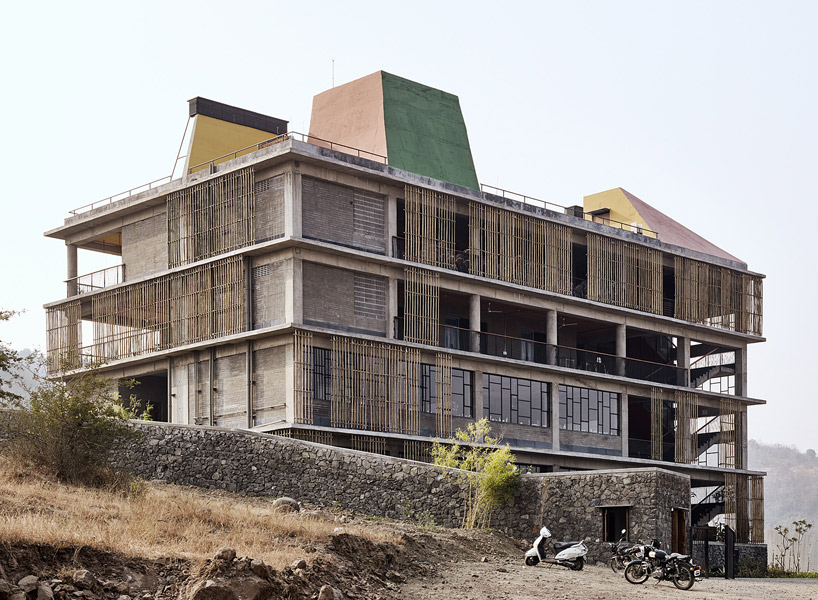 located in the rural village of lavale in india, the new avasara academy school building was realized as part of the growing township of knowledge city. its unique positioning takes advantage of locally-available resources, and despite being distinctive in comparison to any other buildings in the area, the architecture is respectful to its rural surroundings, environmentally friendly and supports the development of spearheading education for young women in india. 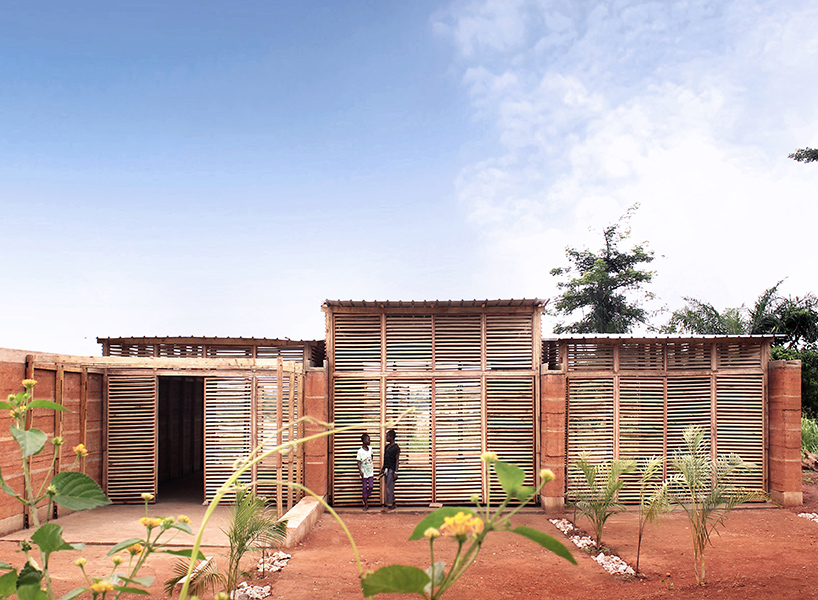 this year, andrea tabocchini and francesca vittorini completed the ‘inside out school’ in ghana, a school prototype built in yeboahkrom — a rural village where the wind had destroyed the only school in the area. the humanitarian undertaking was constructed in 60 days with just €12,000, bringing together the local population and a group of international volunteers from 20 different countries. 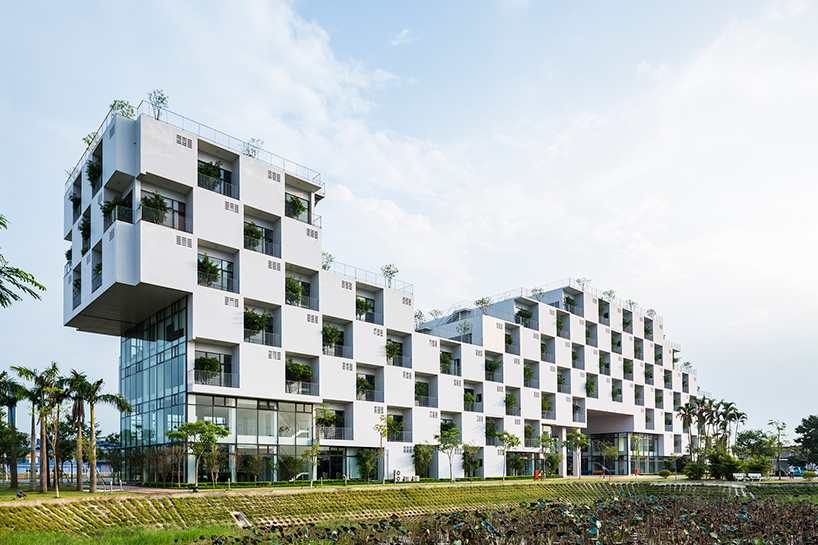 designed by VTN architects, the FPT technology building in hanoi is the first stage of a larger masterplan to establish the vietnamese university as a leading environmentally conscious institution. serving as the gateway to the school’s campus, the structure comprises simple modules, and features a bold checkerboard pattern where recessed voids contain natural vegetation. here, trees operate as a green skin to reduce direct heat transfer through the building’s windows. 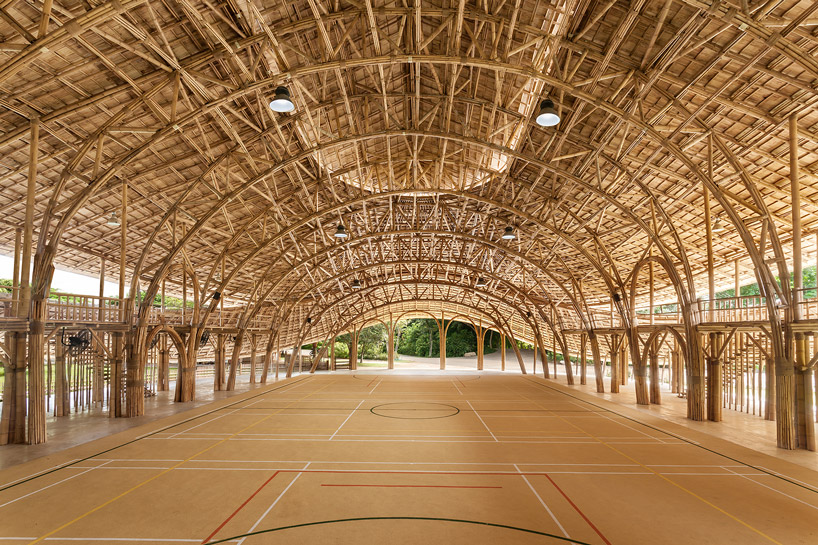 in august we featured this sports hall for a school in thailand that utilizes prefabricated bamboo trusses to span more than 17 meters. commissioned by the panyaden international school, an international and bilingual institution located in the country’s chiang mai province, the project was designed by chiangmai life architects (CLA), a firm who specializes in bamboo and earth architecture. the building is expected to last for at least 50 years. 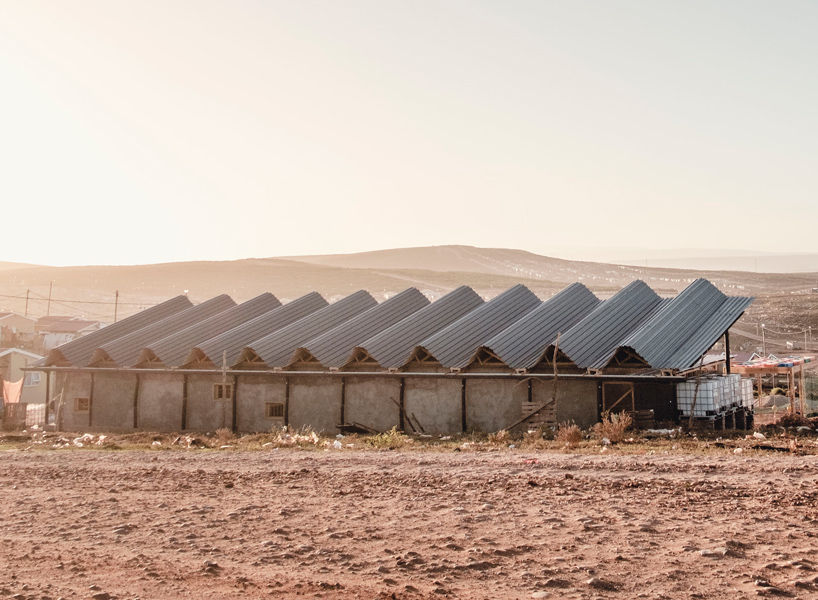 since 2014, saga — a french architecture collective — has been working with local residents in the suburbs of port elizabeth, south africa to implement a variety of different facilities. in 2017, years after completing a community hall for an informal settlement named joe slovo west, the design team has returned to the region to build the ‘silindokulhe preschool’ as part of the development’s second phase.

6 – kindergarten in japan by tezuka architects 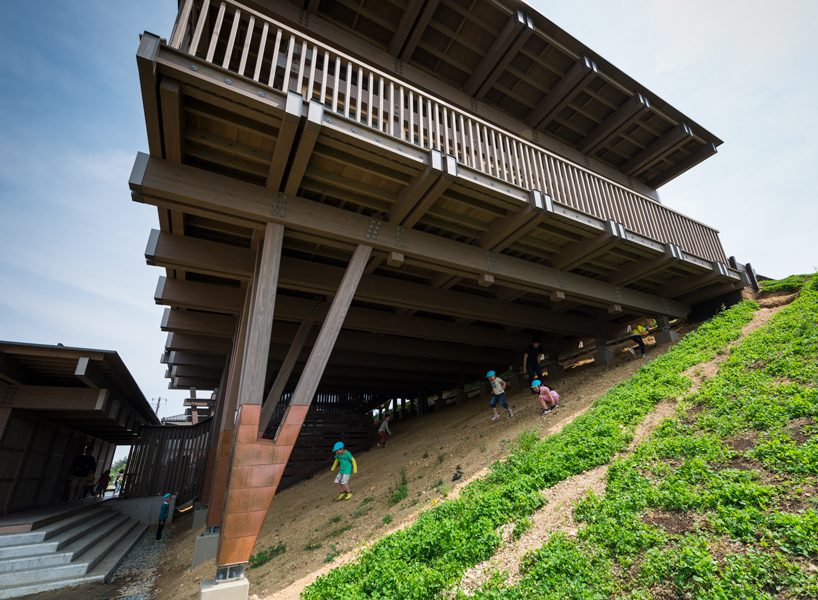 in 2012, tezuka architects constructed a kindergarten using local cedar trees damaged by saltwater after japan’s devastating 2011 tsunami. the project, which was backed by UNICEF, featured a series of interlocking joints that came together to contain a large room that could be subdivided according to changing requirements. the man-made landscape has been transformed into a sloping playground, where children can explore the area beneath the timber structure. 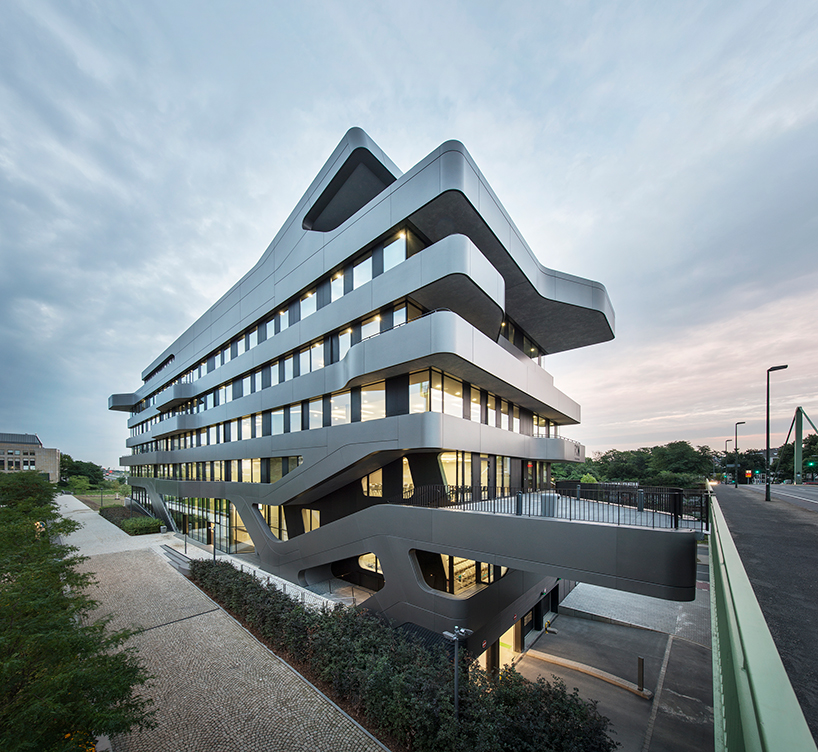 in september, j. mayer h. completed a new classroom and auditorium building in düsseldorf, germany. after the scheme was first unveiled in 2012, construction began in december 2013 for the 6,000 square meter space, which includes a network of auditoriums, lecture halls, and seminar rooms. the building was designed for the FOM university of applied sciences for economics and management — germany’s largest private university — whose student body has gradually increased in size over the years. the new structure provides much needed, additional learning spaces. 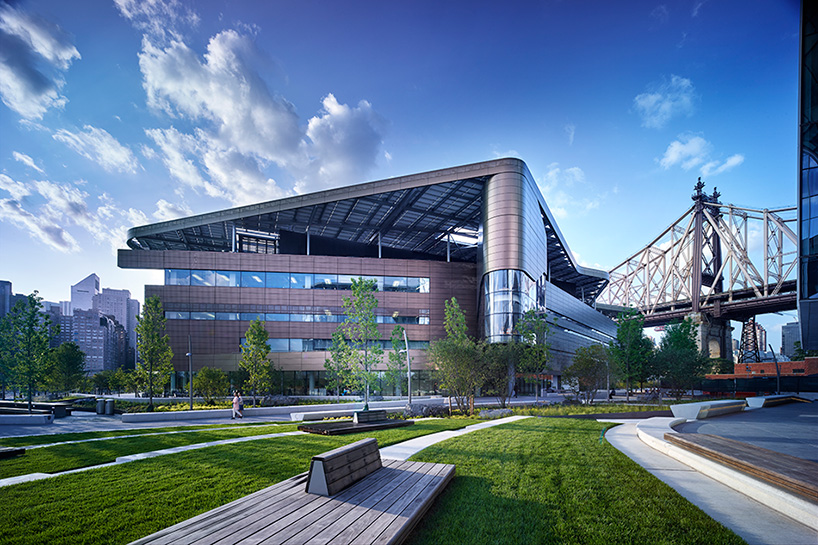 image by matthew carbone for morphosis

in september, designboom took an exclusive tour of the new cornell tech campus before it opened to students for the first time. the development sits on the southern side of new york’s roosevelt island and is a close neighbor to louis kahn’s four freedoms park. for the initial stage of the mulit-phase project, weiss/manfredi, morphosis, and handel architects each designed a building for the campus. 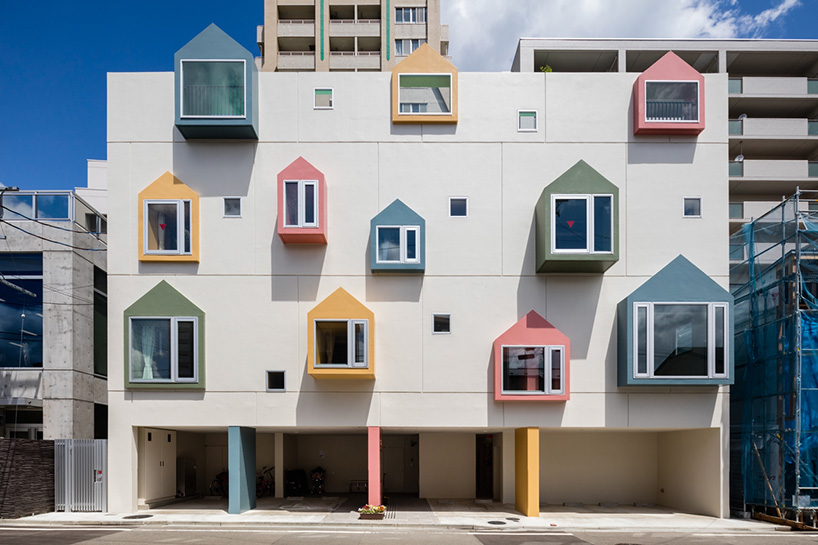 the japanese city of sendai has recently experienced a period of urban redevelopment and population growth. responding to the city’s needs, architect masahiko fujimori designed a colorful structure to house morinoie nursery school — inviting its young students into the light-filled, comfortable learning space within. ‘we designed an ‘urban-style’ nursery school building that can efficiently accommodate increased numbers of children, while also encouraging their curiosity, creativity, and connection with the local community,’ says fujimori. 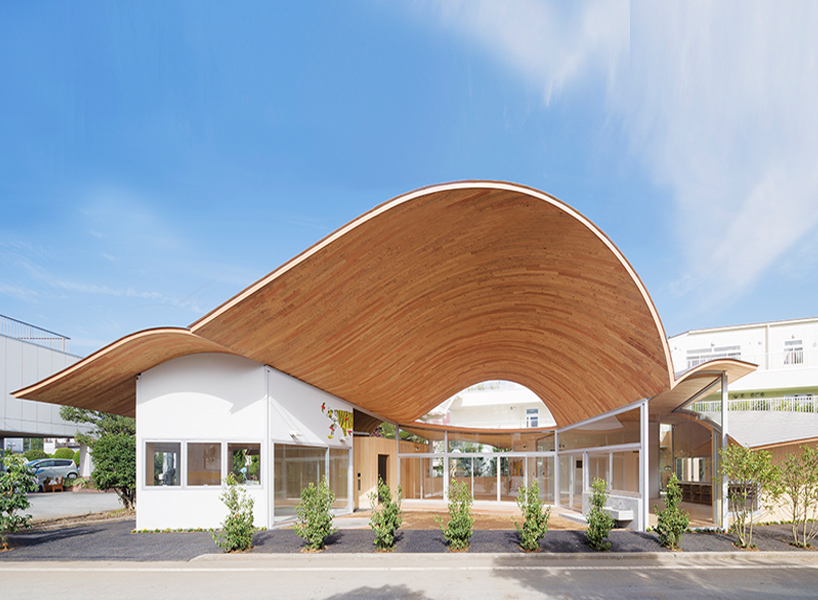 located in a peaceful town in the yamanashi prefecture, not far from mount fuji, takashige yamashita office (TYO) has constructed a small nursery defined by its oversized timber roof. the dual-purpose space is designed to accommodate the young children of the town, but also to serve as a gathering area for the community — a space the architect describes as a ‘big tree’. 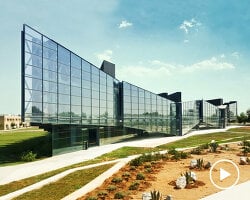 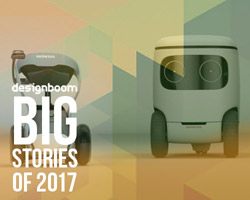