the past twelve months have seen a wealth of temporary projects realized across the globe. while schemes of this nature are challenging for architects, (with smaller budgets and short timescales), there is also an element of freedom involved, which can allow for a greater level of invention and detailing. often conceived as public buildings, designs must function at a human scale, interacting with their occupants, while truly testing the limits of architectural innovation and engineering. continuing our annual review of the year’s BIG stories, we take a look at the numerous temporary structures that caught our eye in 2014. as part of an ongoing series of experimental full-scale projects, the institute for computational design (ICD) and the institute of building structures and structural design (ITKE) at the university of stuttgart realized a structure made of woven fibers. the team worked with biologists to investigate the shells of beetles, in order to develop a light weight panelized canopy form. this process was streamlined with the use of parametric modeling and computer simulation tools. 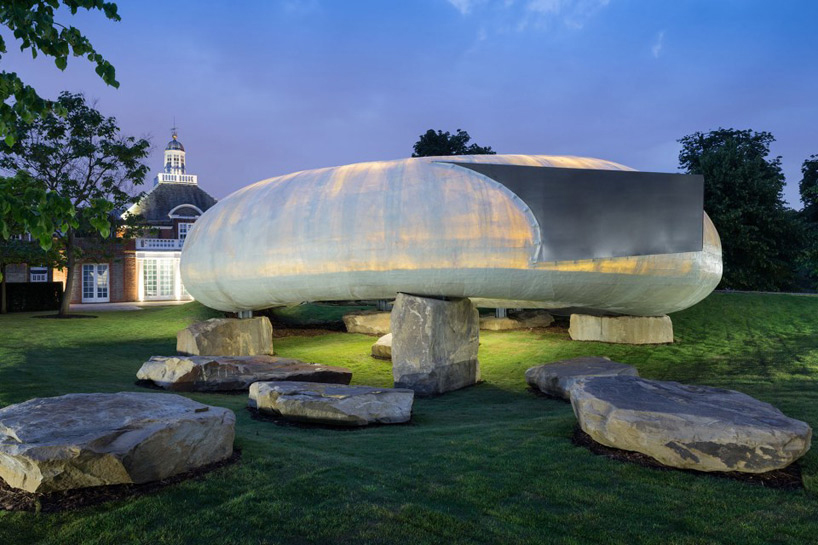 earlier this year, the fourteenth serpentine pavilion opened in london’s hyde park, designed by chilean architect smiljan radić. the temporary building occupied a 514 square meter footprint, positioned outside the entrance of the renowned gallery in kensington gardens. the semi-translucent, cylindrical structure was perched on large quarry stones, envisioned as a flexible and multi-purpose social space that also housed a public café. 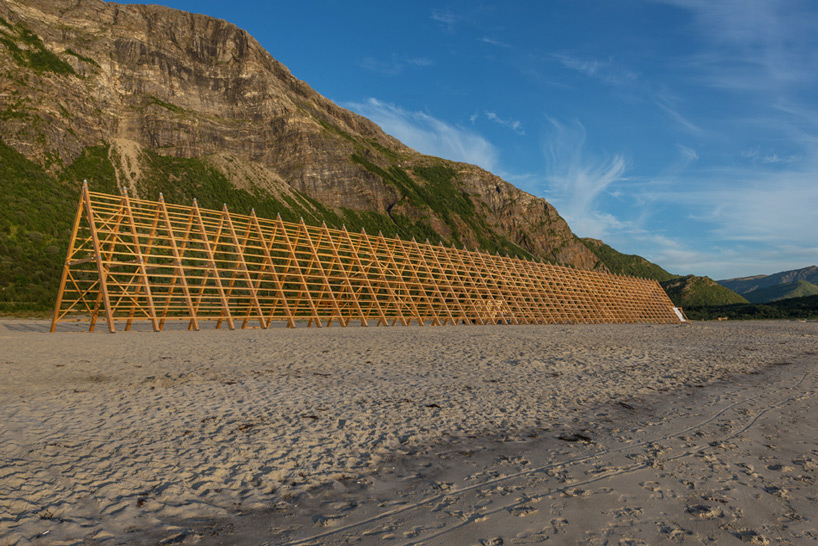 influenced by traditional arctic fish racks, rintala eggertsson architects installed a series of wood structures on a beach in northern norway to serve as the functional framework for the arts festival, SALT. the pitched forms will be used primarily for displaying artwork and hosting musical performances, while remaining flexible for other potential exhibitions.

many small cubes by sou fujimoto 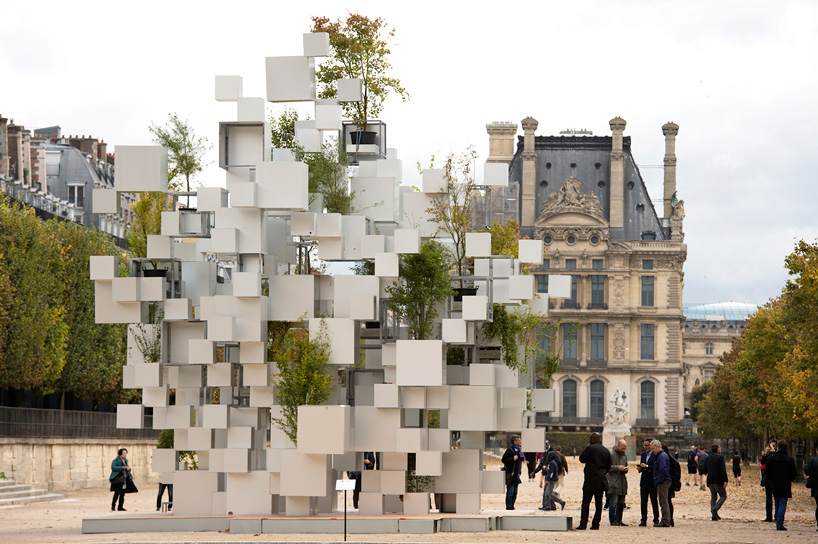 marking his first work in paris, japanese architect sou fujimoto realized a monumental installation as part of the small nomad house series, set with the tuileries gardens. presented for FIAC, the floating volumes are attached to one another by only an edge or a corner, seemingly hovering in mid-air as they rise above the landscape, forming a visually light and aerial architectural piece.

5,000 arms to hold you by starn brothers 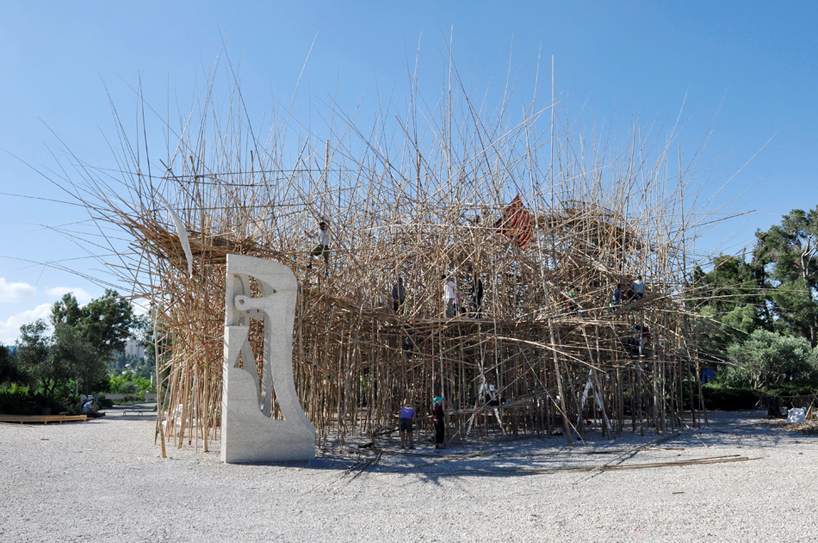 having already erected ‘big bambú’ installations across the globe – including the rooftop of the MET museum in new york,  MACRO museum in rome and 2011 venice art biennale – mike and doug starn completed the ninth iteration of their monumental work at the israel museum‘s billy rose art garden. towering 16 meters high, and covering more than 700 square meters, the piece invites visitors into its delicate and airy framework of 10,000 bamboo poles; forming an elaborate labyrinth of winding and intimate paths.

sensing spaces installations at the royal academy of arts 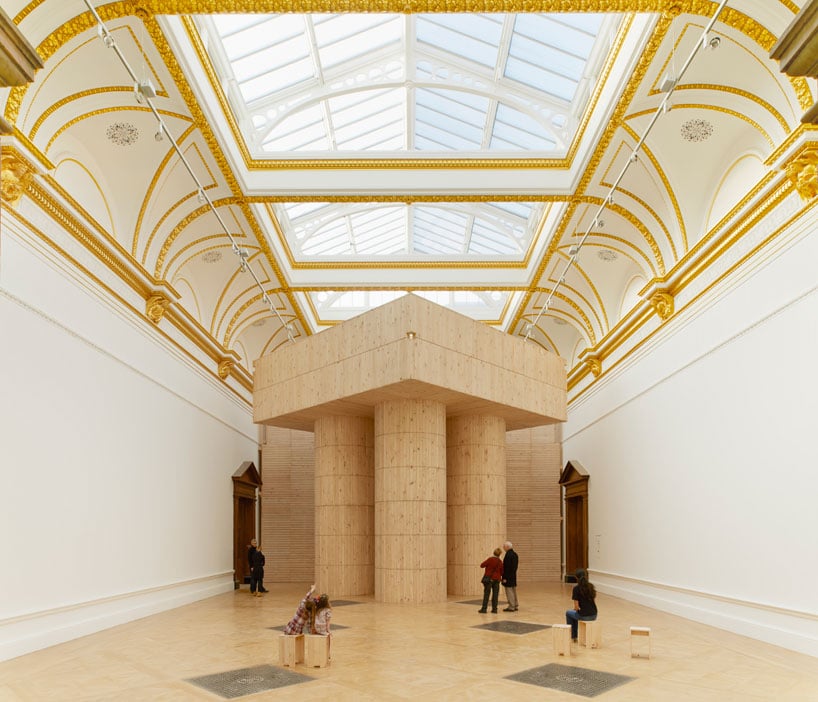 in februray this year, a diverse range of architectural practices transformed the main galleries of the royal academy of arts through a variety of site-specific installations. ‘sensing spaces’ was intended to explore the essential elements of architecture, immersing guests within a multi-sensory experience. applying a human context and scale throughout, the event featured projects by kengo kuma, álvaro siza and pezo von ellrichshausen. 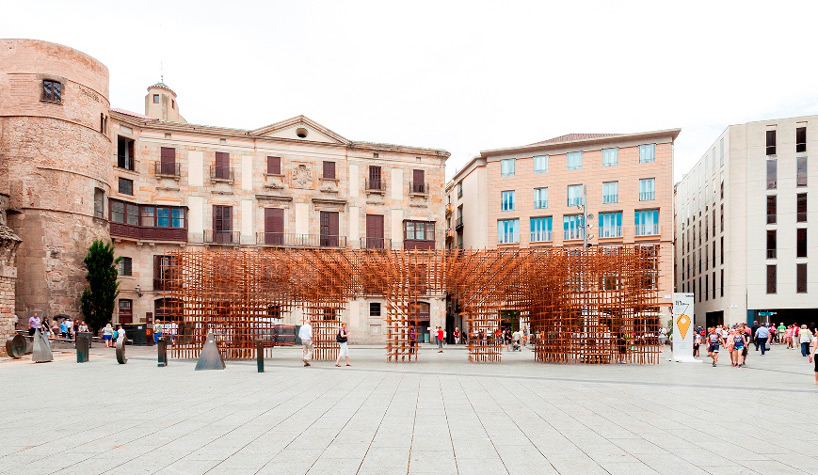 a series of pavilions were built around barcelona for an event titled BCN re.set, organized by architect benedetta tagliabue (EMBT) with fundació enric miralles. for one of these installations, chinese-based design studio urbanus created a porous bamboo structure which reinterprets the form of ancient roman and catalan vaults. the practice worked with the architecture school at la salle (URL) to conceive and realize the undertaking, utilizing their local understanding to enrich the project. 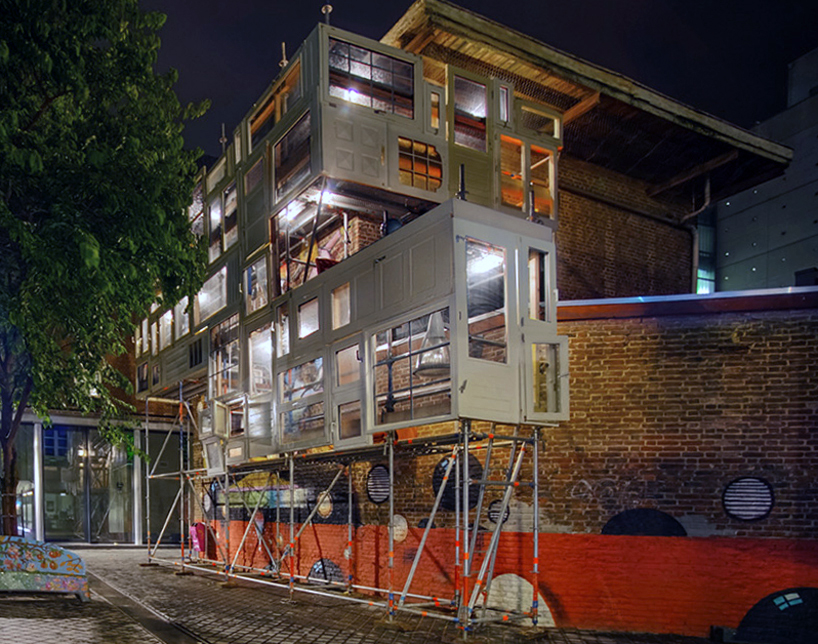 located in a plaza in heerlen, netherlands, the small dwelling designed by french architect stéphane malka is supported by typical scaffolding framework, and covers a blank brick wall otherwise blanketed by graffiti. although the structure is immobile, it embodies nomadic functionality, by offering itself as a shelter for temporary occupation by anyone who might be passing by. 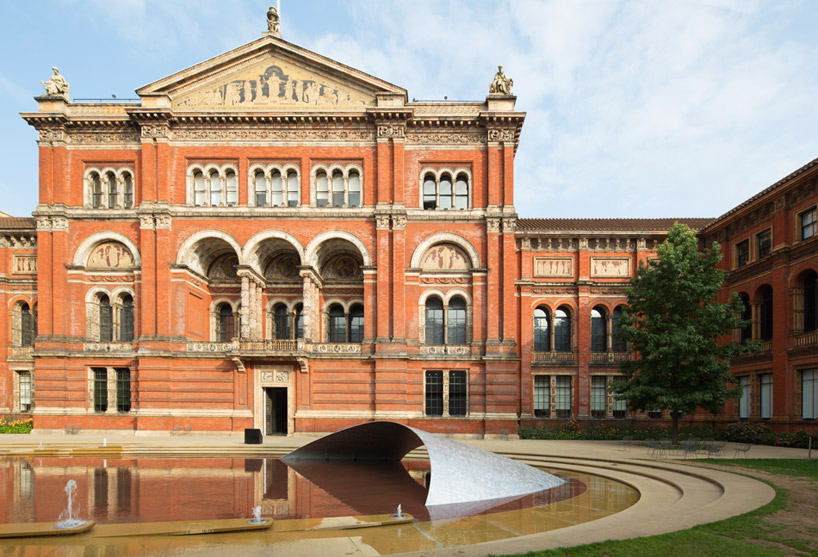 zaha hadid unveiled an installation in the grounds of london’s V&A museum where it remained before being moved to dubai to become part of the city’s ME hotel – also designed by iraqi-born architect. the structure’s precise form has been manufactured to be as thin as possible, reflecting its surroundings and creating a radiant display of light and shadow. titled ‘crest’, the temporary design formed part of the institution’s events for london design festival 2014.

hy-fi by the living at MoMA PS1 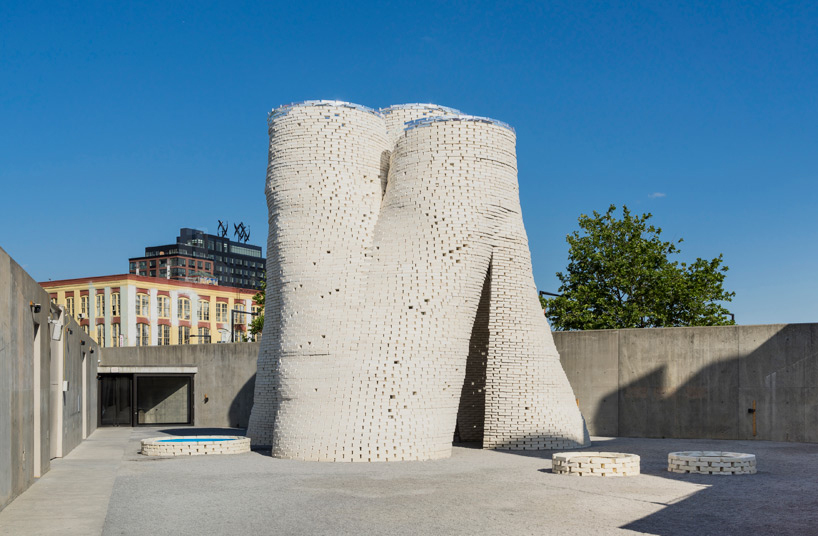 constructed in MoMA PS1’s courtyard, the project comprises a circular tower of organic and reflective bricks made from a biodegradable material, conceived by the living’s principle david benjamin. using a pioneering method of bio-design, the structure is formed entirely of organic matter, integrating biological technologies alongside advanced computer-based engineering.