the past twelve months have seen a wealth of temporary projects realized in a variety of unique locations, all of which explore how a structure can fulfill an important purpose, if only transiently.

schemes of this nature are incredibly challenging for architects, with low budgets and short timescales. however, there is also an element of freedom involved, which allows for a greater level of invention and detail – both of which may not be possible on larger projects. often conceived as public buildings, the designs must also function at a human scale, in many cases interacting with their occupants.

the most viewed works, documented below, encompass a diverse range of different materials and sizes, truly testing the limits of architectural innovation and engineering. 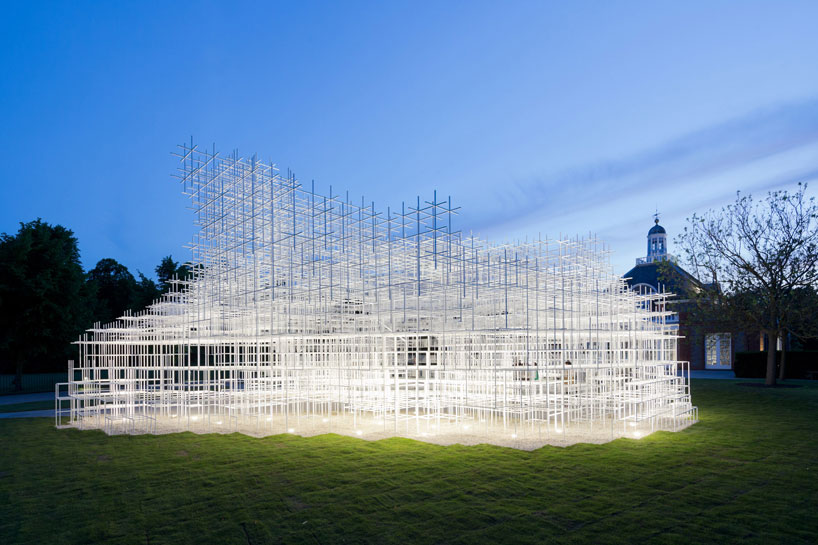 sou fujimoto‘s serpentine pavilion was open to the public from june until october of this year. the scheme’s cloud-like appearance is a composition of 20mm pipes, which are arranged in a lattice formation inviting visitors to interact with the structure; one may climb the ‘rungs’ of its skeleton framework, taking in alternative views of the site. 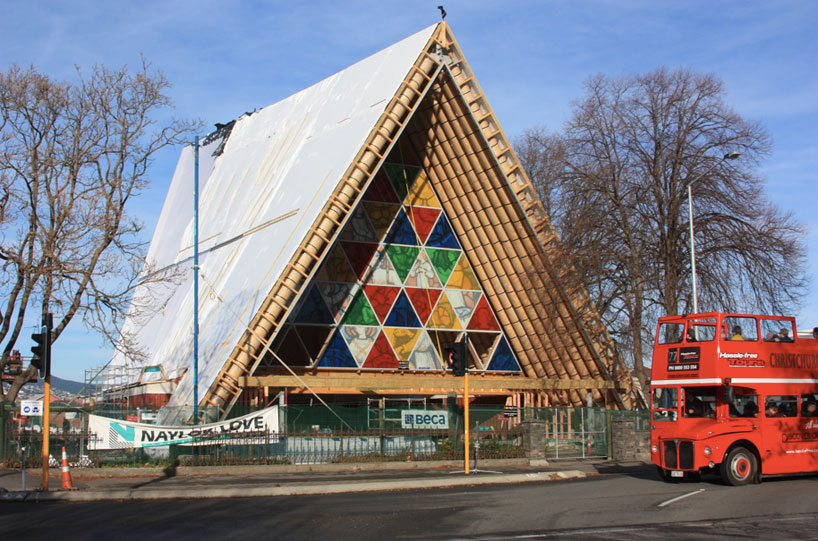 asked to design a temporary sacred space for the christchurch congregation, shigeru ban‘s cardboard cathedral in new zealand is constructed of 98 beams, each enclosed in cardboard, forming a strong and recyclable structure capable of accommodating up to 700 people. 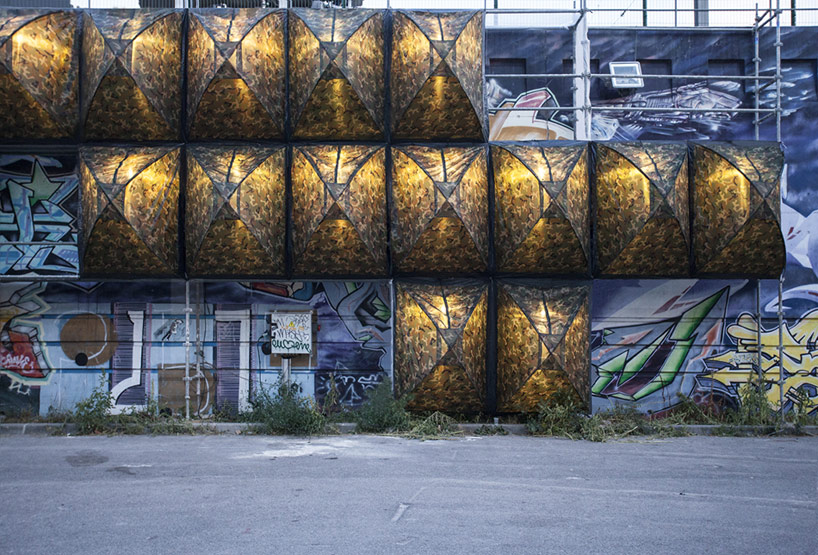 comprised of twenty-three separate units, the stephane malka project utilizes the mobile and lightweight characteristics of a pop-up tent, while at the same time unifying the individual structures in order to protect against cold weather and vandalism. a socially and politically charged scheme, the design questions whether this vertical plot is public or private property. 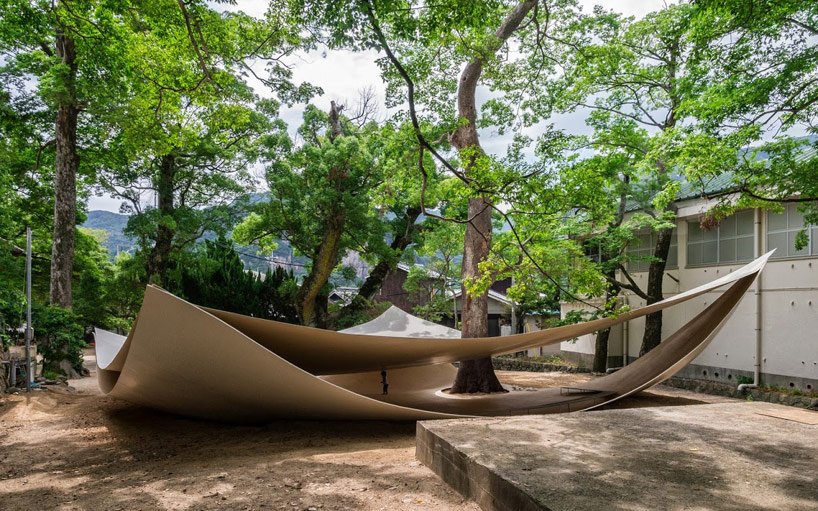 the contemporary ‘fence’ addresses a blurred threshold of inside and outside with a maze that is as transparent as it is restrictive. FABRIC‘s design forms an enclosure which creates a kinetic impression of movement through the endless repetition of simple vertical elements.

pop up canopy in dashilar by people’s architecture office 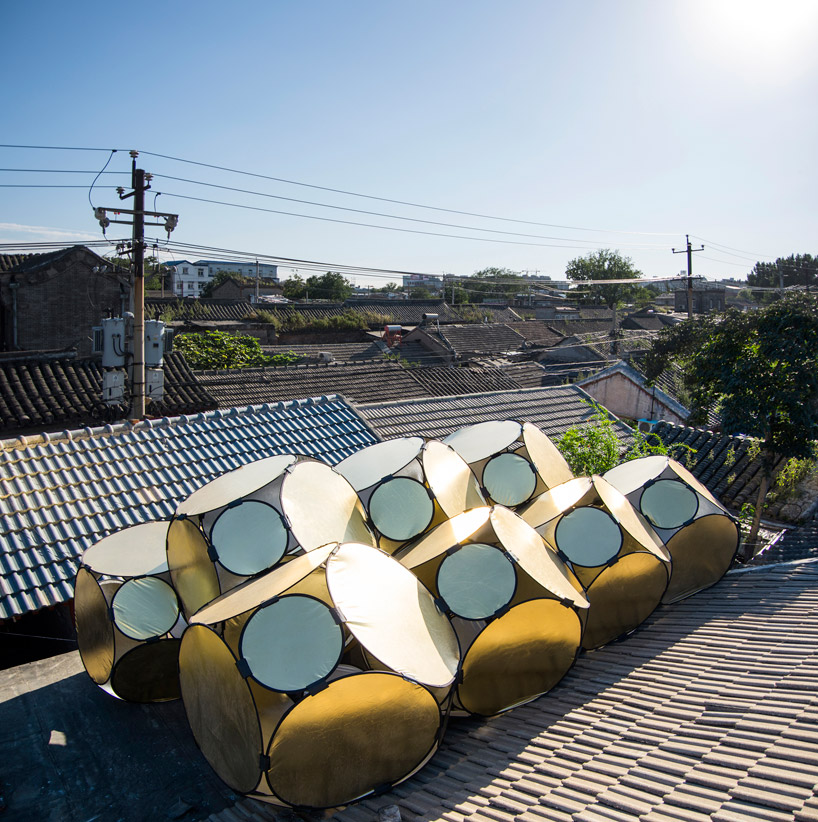 the pop-up canopy is a lightweight design by people’s architecture office, which re-appropriates photography reflectors as sun-shading. the entire project can be folded into a small package for storage and can be quickly deployed with minimal effort. 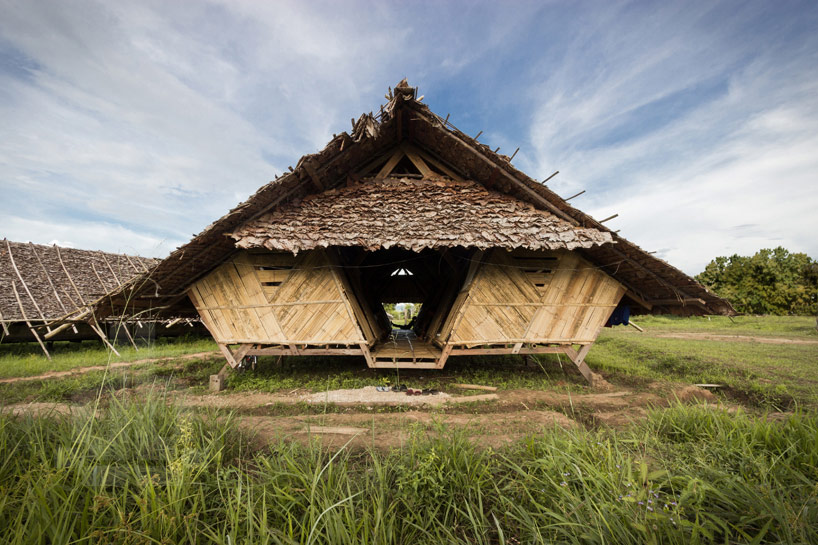 built within four weeks, the temporary dwellings immediately fit into the local environment. designed by a.gor.a architects, each timber frame is easy to disassemble and assemble in a new location with seasonal bamboo and thatch applied to the walls, floors, and roofs. 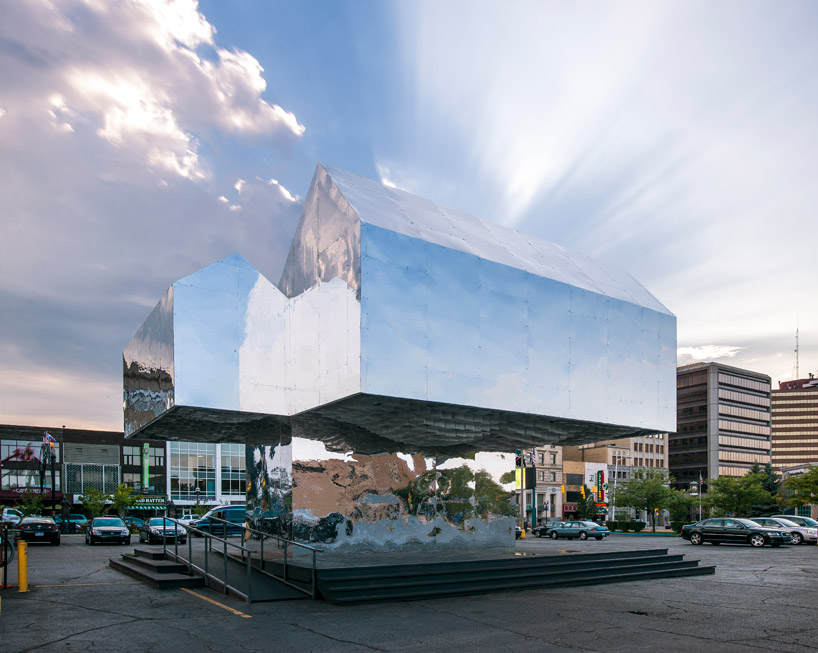 the temporary dwelling, by two islands, cantilevers one storey above ground, on top of a mirrored pedestal, and is coated in a reflective mylar skin, allowing it to blend with its surroundings. this finish changes with the weather conditions, stretching or wrinkling with the varying amounts of moisture in the air. 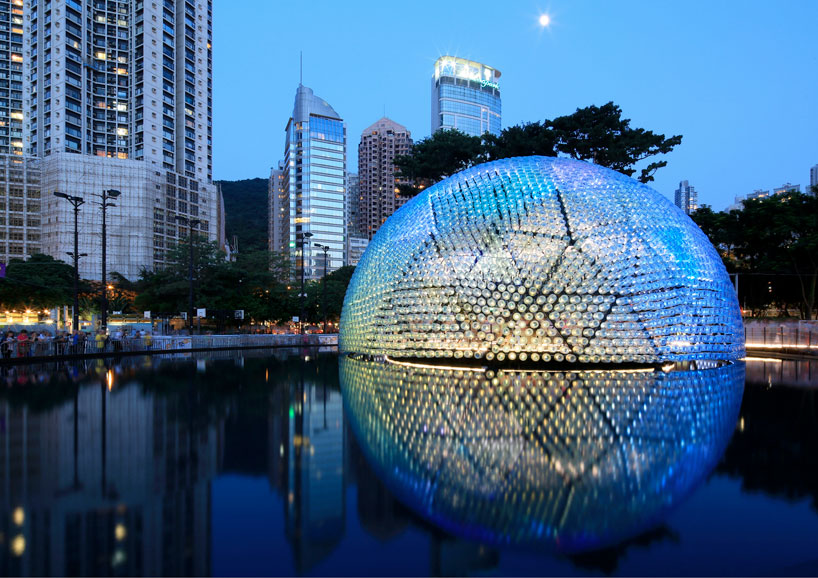 4,800 polycarbonate water bottles act as individual beacons, referencing the cavernous shape of traditional chinese paper lanterns. developed by hong kong-based studio daydreamers design, the LED torches are attached to pre-fabricated triangular modules and are assembled as a pavilion, whose interior is fitted with a sea of 2,300 hanging bottles. 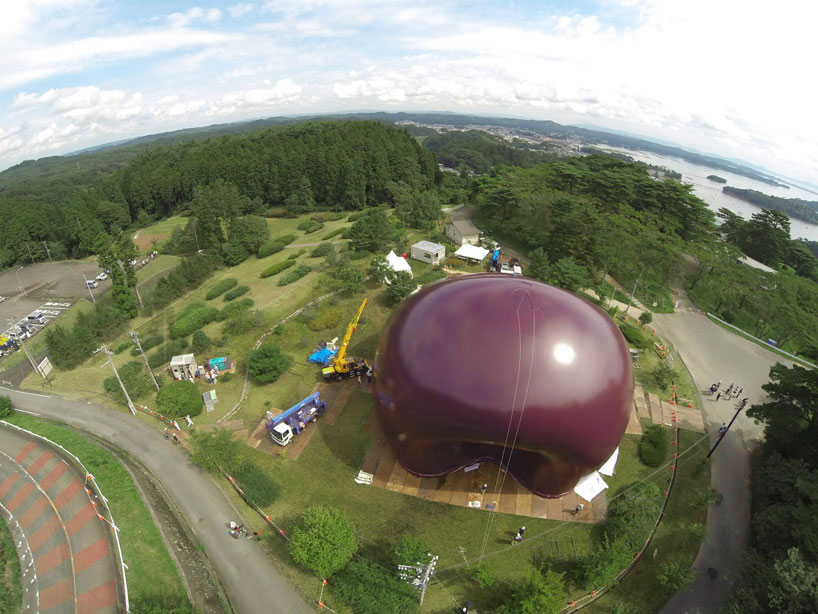 ‘ark nova’, the world’s first inflatable concert hall, will tour areas of japan that were devastated in the 2011 earthquake and tsunami. the structure, the collaborative work of anish kapoor and arata isozaki, has the capacity to hold around 500 people, where luminescent purple walls create a billowing interior fitted with handcrafted benches and an intimate stage.