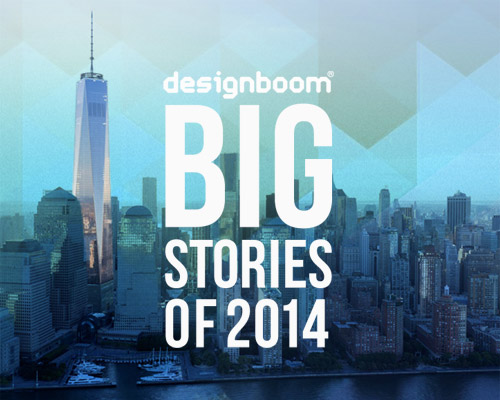 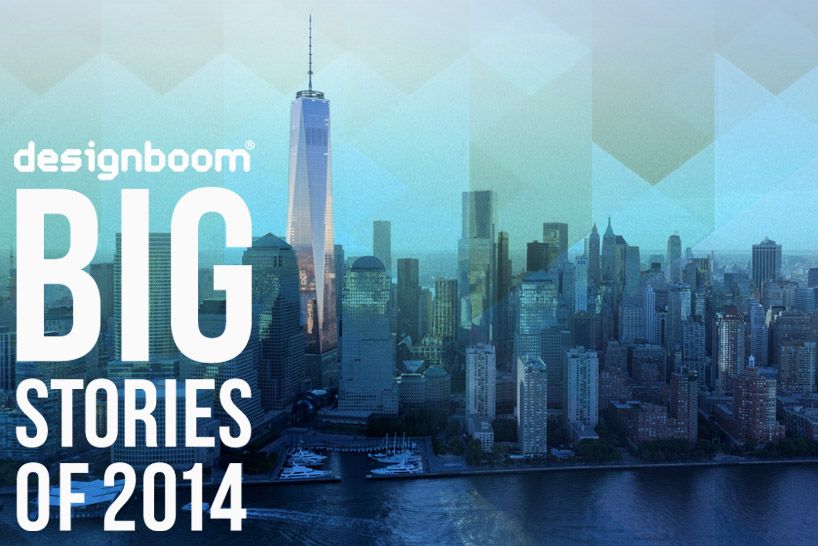 the ongoing race to design and construct the world’s tallest structures continued apace this year, with 2014 seeing a number of different tower typologies proposed and built across the globe. each of our selected projects offer a distinct and unique set of principles, seeking to establish themselves in the evermore compact and dense urban fabric we occupy on a daily basis. from the completed ‘freedom tower’ rising above manhattan, to projects still in their planning phase, we round up 10 of the biggest tower stories that caught our eye over the past 12 months.

one world trade center by SOM 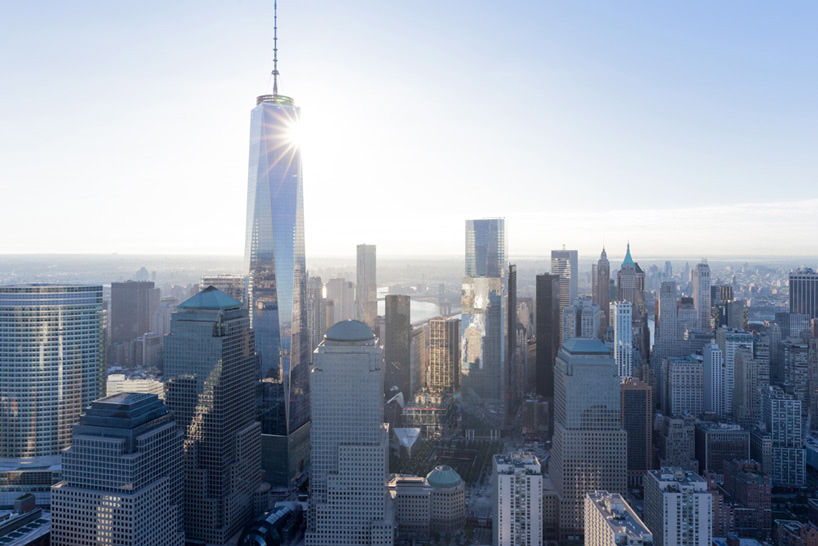 in 2014, the first offices opened for use in the landmark one world trade center tower, designed by skidmore, owings & merrill. thirteen years after the tragic events of 9/11, the occasion marks a key moment in the lineage of the lower manhattan site, re-establishing its potential as a business center. beyond this, the ‘freedom tower’ exists as a striking visual icon in lower manhattan, both along the city’s skyline as well as from the ground level. 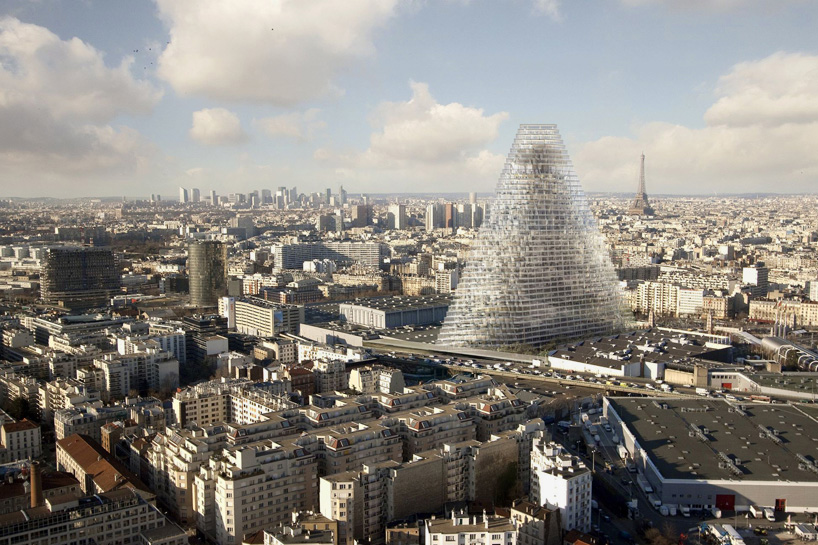 in november, controversy in paris saw plans for the herzog & de meuron-designed ‘triangle tower’ thrown out by local authorities. however, after mayor anne hidalgo declared the original vote invalid, there was hope that the 180 meter-tall project could still go ahead. a petition in support of the project has also been made available online, backed by renowned names such as renzo piano and dominique perrault. 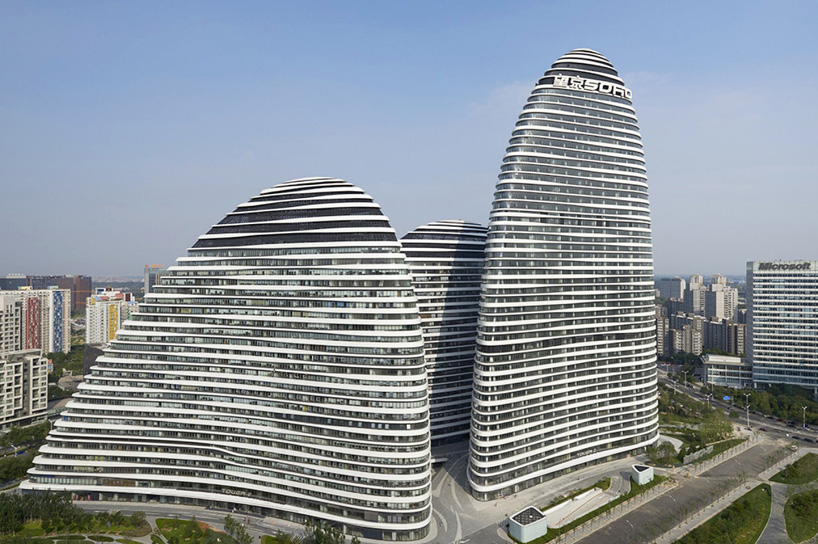 in september, designboom attended the grand opening of ‘wangjing SOHO‘ in bejing, designed by internationally renowned architect zaha hadid. the mixed-use development consists of three curvaceous structures that make it the most visible landmark en route from the chinese captial’s airport to the city center. the highest tower reaches 200 meters high, while from above the design mimics three graceful fish spread across the site. the design forms another identifiable and dynamic point of reference along the city’s constantly evolving skyline. 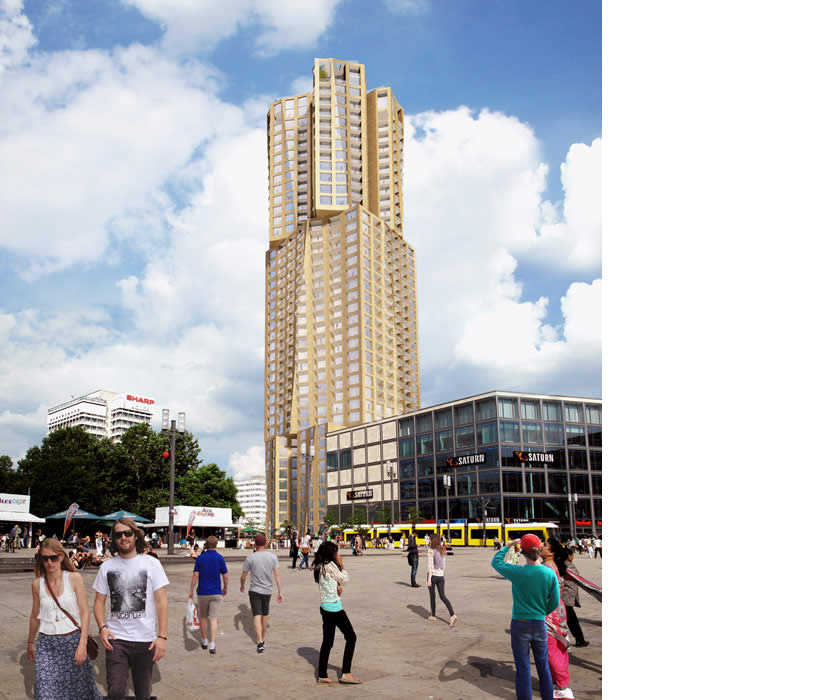 in early 2014, frank gehry was chosen ahead of david adjaye and david chipperfield, to complete a residential tower in central berlin. located in the mitte district of the german capital, the 300-unit structure will be developed by international real estate firm hines. standing at a height of 150 meters, the tower will become the tallest building in berlin, and the tallest residential development in germany. the scheme offers 46,450 square meters of floor space, which will contain apartments and penthouses, in addition to a new hotel. 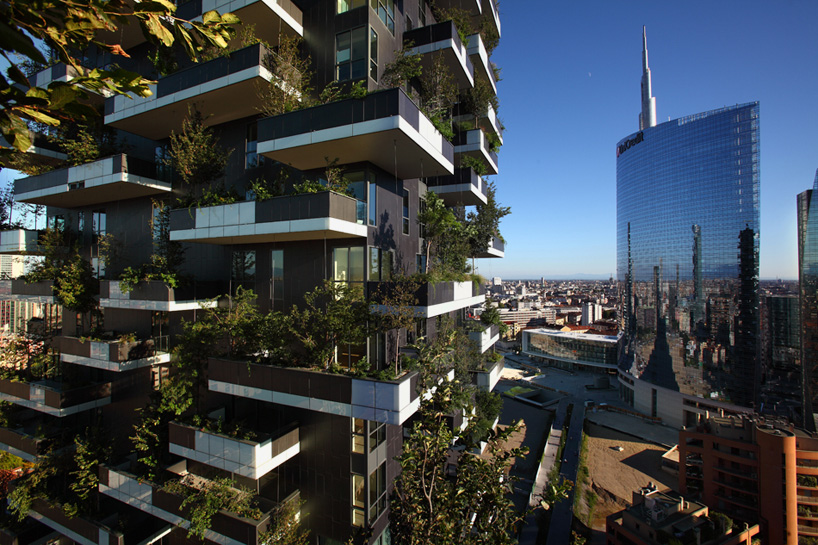 in october, stefano boeri‘s ‘bosco verticale’ opened its doors to residents, five years after construction started in milan’s emerging porta nuova district. the project, which translates in english as ‘vertical forest’, comprises two landscaped towers that between them contain 113 apartments offering expansive views across the city. the design is characterized by its integrated vegetation comprising over 1,000 different species of trees, shrubs and plants. 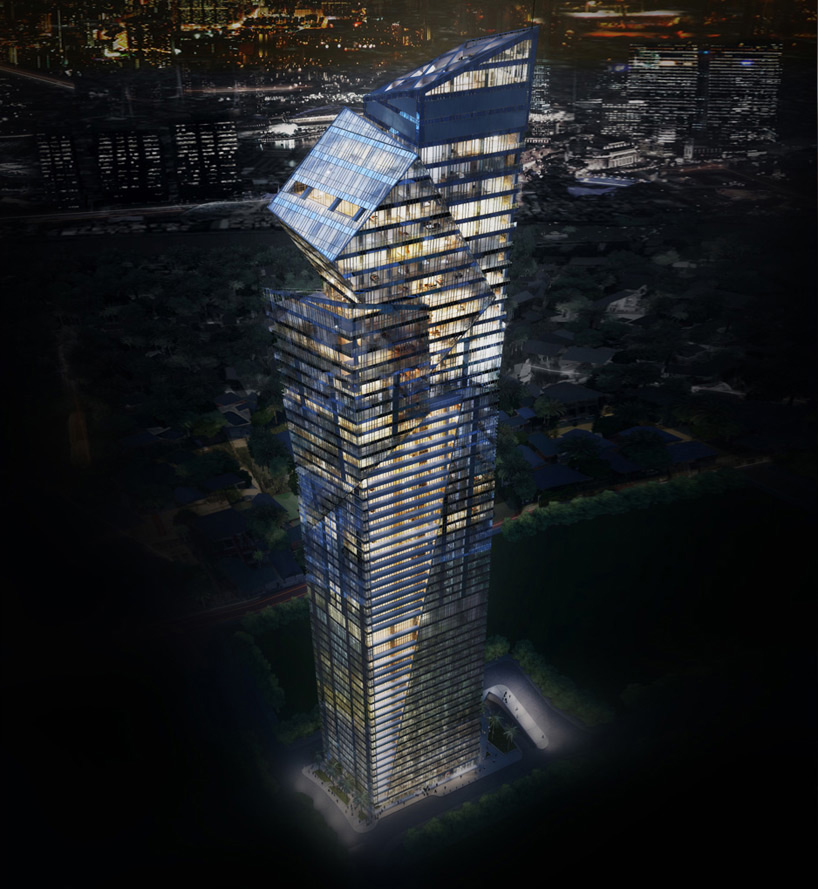 in 2014, construction got underway in manila at the site of the daniel libeskind-designed ‘century spire‘, a 60-storey mixed-use tower. located in century city, a district designated for premier living accommodation, office space and commercial buildings, the tower forms part of a larger 3.4 hectare masterplan that will reshape the region’s skyline. developed by local real estate firm century properties, the high-rise is set to open in 2018. 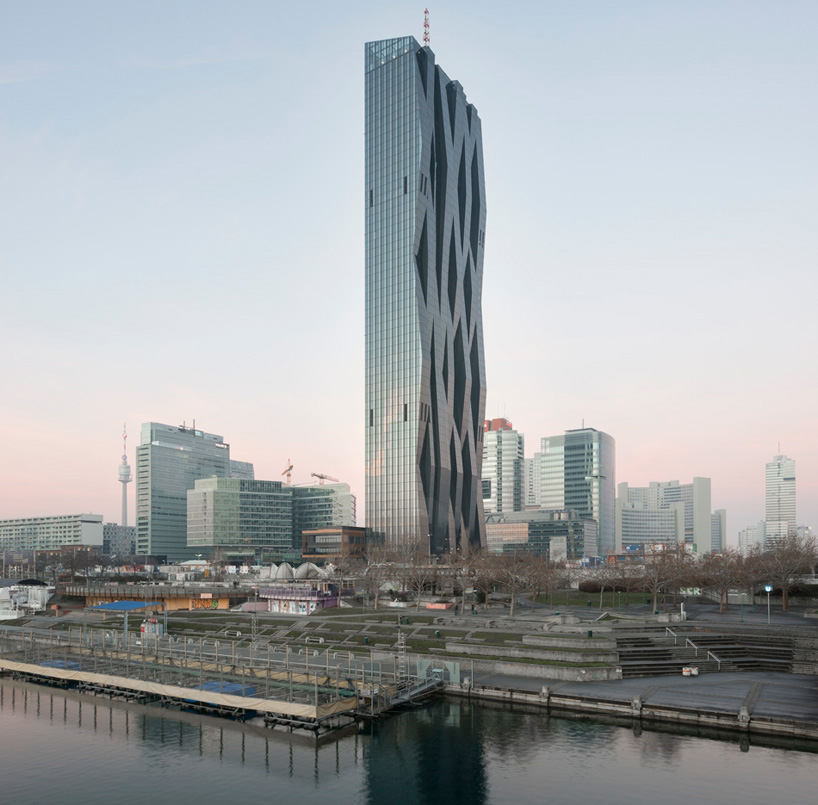 rising 250 meters into the viennese sky, ‘DC tower 1’ opened its doors to the public, forming a bold and distinctive landmark for the austrian capital. designed by renowned french architect dominique perrault, the structure features an elegant cascading façade that reflects the neighboring danube river both literally and metaphorically. the skyscraper stands as austria’s tallest building; a soaring mixed-use complex that establishes a vertical city perpendicular to the historic center. 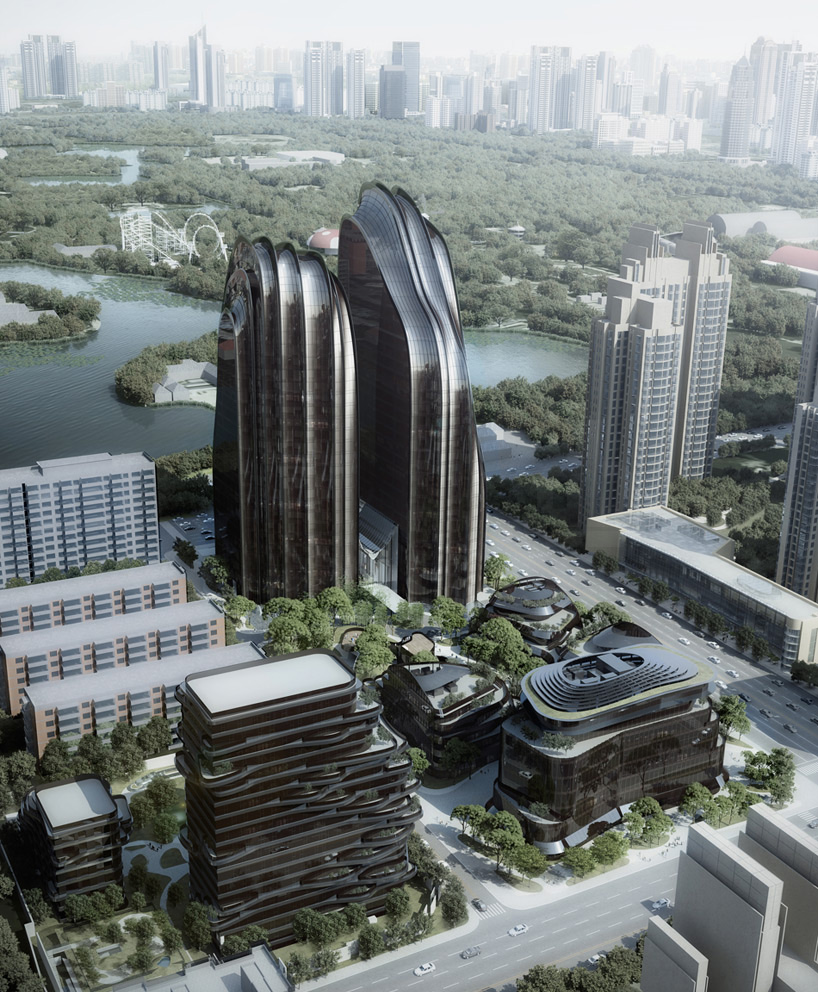 in april we announced that construction was underway in beijing at ‘chaoyang park plaza’, two years after initial plans were floated for the site. designed by ma yansong of MAD architects, the project explores the relationship between architecture and its natural environment, creating a strong dialogue between the man-made structure and its immediate context. 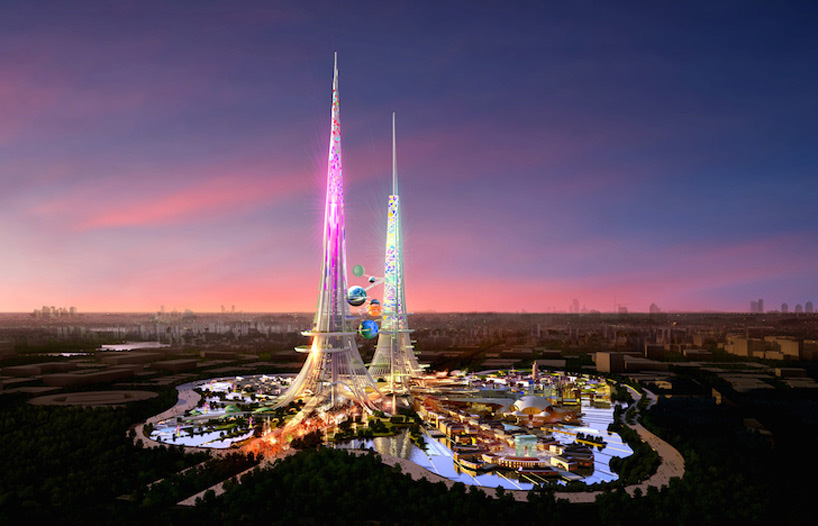 earlier this year, british practice chetwoods architects proposed a landmark design for the chinese city of wuhan, a pair of towers climbing to a height of 1,000 meters. entitled the ‘phoenix towers‘ the design rises above the 47 hectare site, part of an ambitious environmental masterplan for the region. each spire comprises its own characteristics, with the taller ‘feng tower’ leaning towards the commercial zone, and the ‘huang tower’ oriented to face the city’s cultural and recreational district. 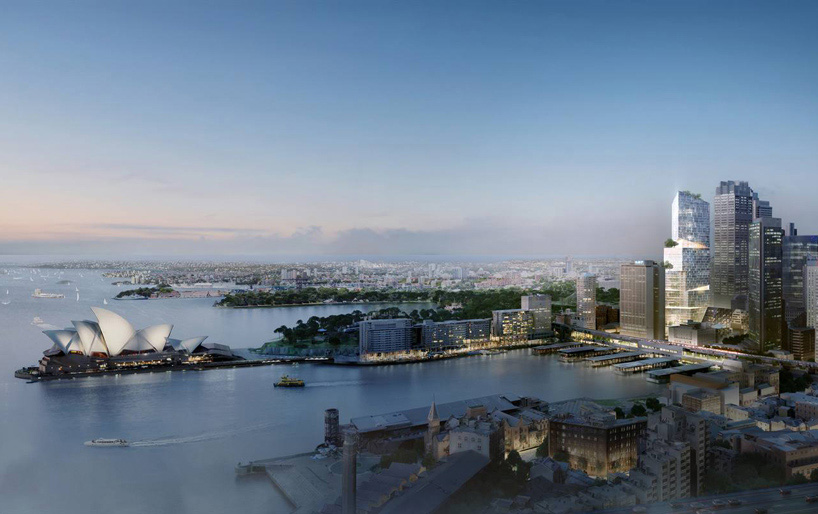 danish architecture office 3XN announced that it is underway on the design of the ‘quay quarter tower’ in sydney, sited near the city’s landmark opera house. the office high rise will serve as a destination for local and international businesses, and be a bold addition to the community’s skyline. the tower’s composition stacks distorted glass volumes upon one another, and rises to a height of 200 meters (656 feet). this arrangement breaks down the massive scale of the structure to provide more-intimate and interconnected spaces with access to internal atria.

the futuristic installation is a reinterpretation of local building elements found in the ancient village of dapeng.

the futuristic installation is a reinterpretation of local building elements found in the ancient village of dapeng.