toprojekt’s cichy house is a renovated, elongated residence nestled in the fields of leszczyny, poland. the modern house was designed for a sophisticated, young couple who initially wanted to extend the living room and rethink the landscape surrounding the house. however, the architects went even further and decided to incorporate a rolling landscape and use the house’s unique site to benefit the relaxing interiors.

the architect’s result is a detached house that responds to the unique site conditions. the fairly long plot lies in the north-south direction parallel to the motorway a1 at a distance of about 100 m, making the site vulnerable to noise from the highway. however, the existing sound screen does not fully act as noise barriers resulting in the house’s n-s axis that quiets the noise.

the longitudinal axes of the house form structural walls simultaneously acting as an insulation to the outside noise. the house itself becomes an acoustic barrier because of its parallel orientation to the highway. the arrangement of the walls creates ‘tunnels’ that divide the interior into zones specific to their users. rooms intended for parents in the western tunnel and children’s rooms and the kitchen in the eastern tunnel. the tunnels open to the views of gardens and terraces and surround the shared living room in between them. 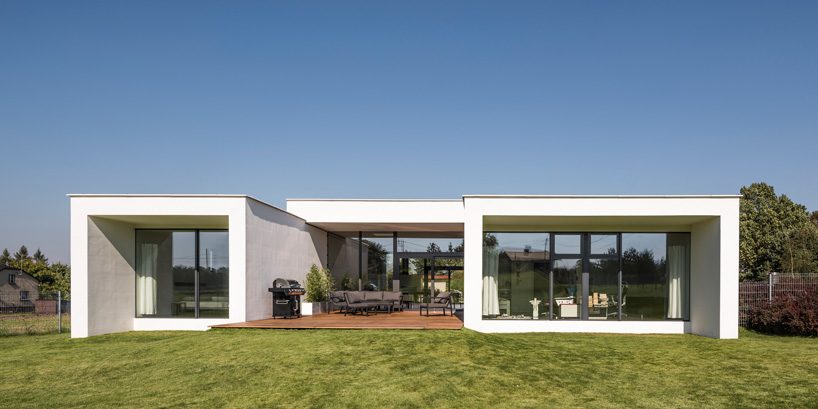 the glazing is offset from the walls and the roof, blocking the exterior noise and protecting the interior spaces from the powerful sunlight during the summer and winter. the entrance court is guarded by heavy wooden gates, and opens up to the sculpted lawn. the seemingly flat yard is shaped in subtle ripples, representing a lake or sea. this results in a play of light and shadow during the changing day, making the lawn appear as waves in motion. 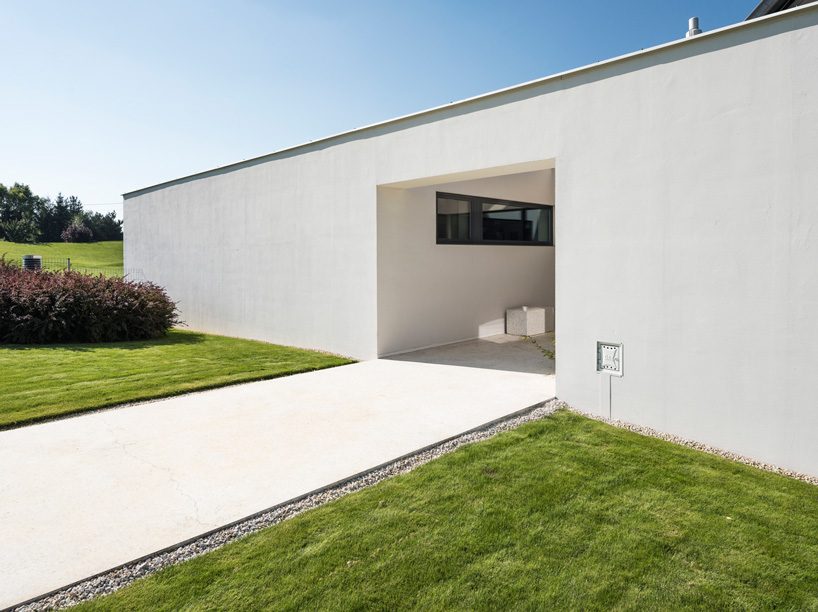 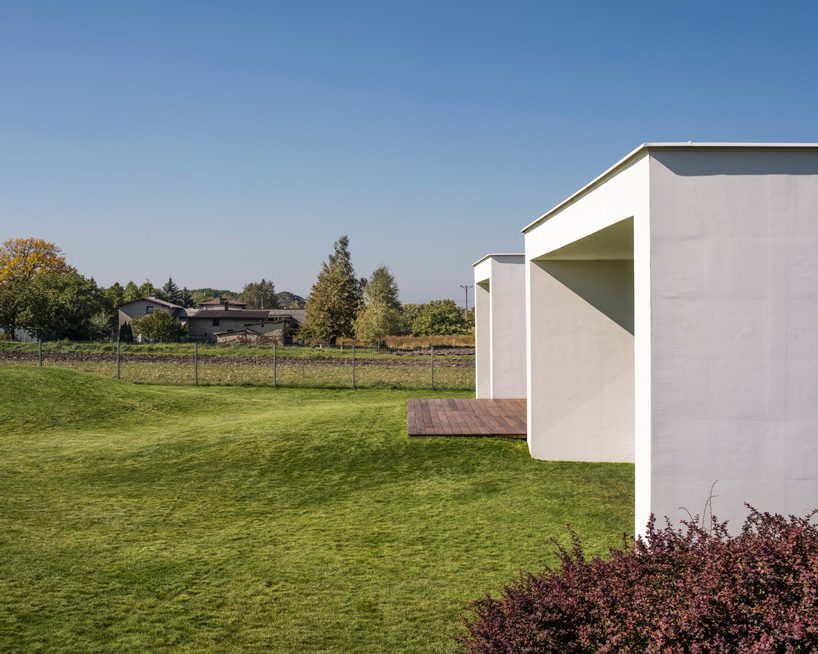 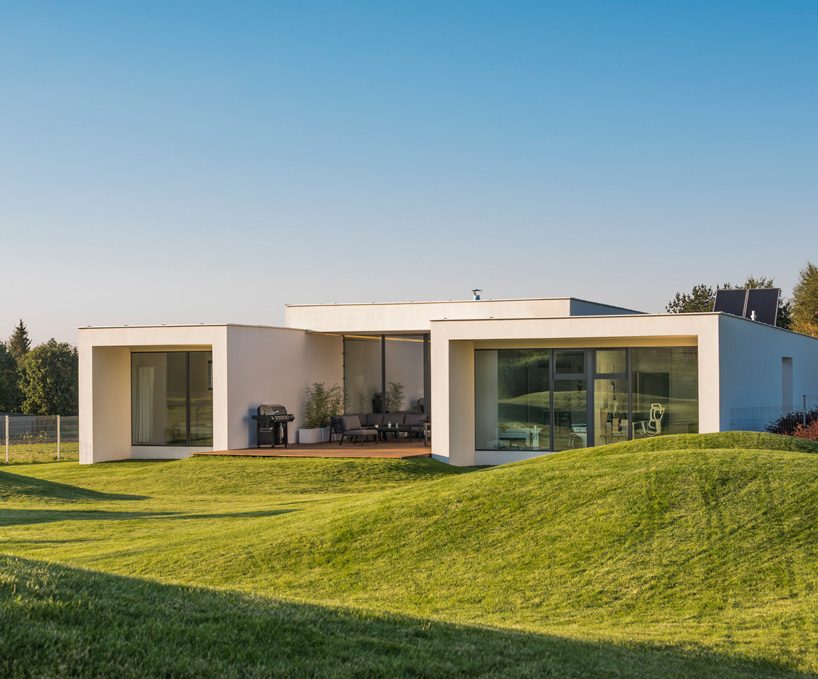 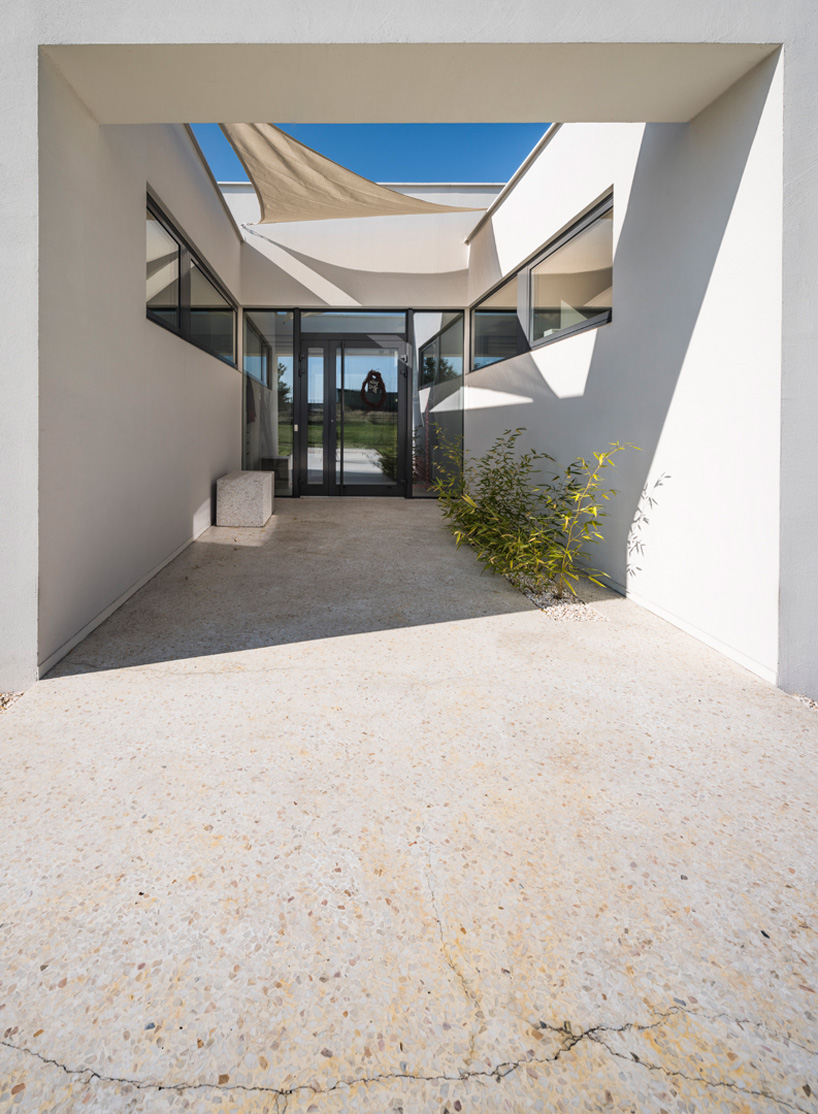 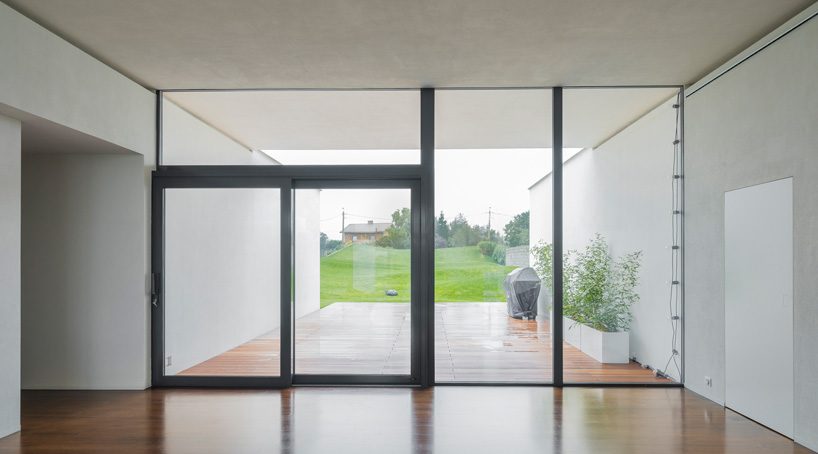 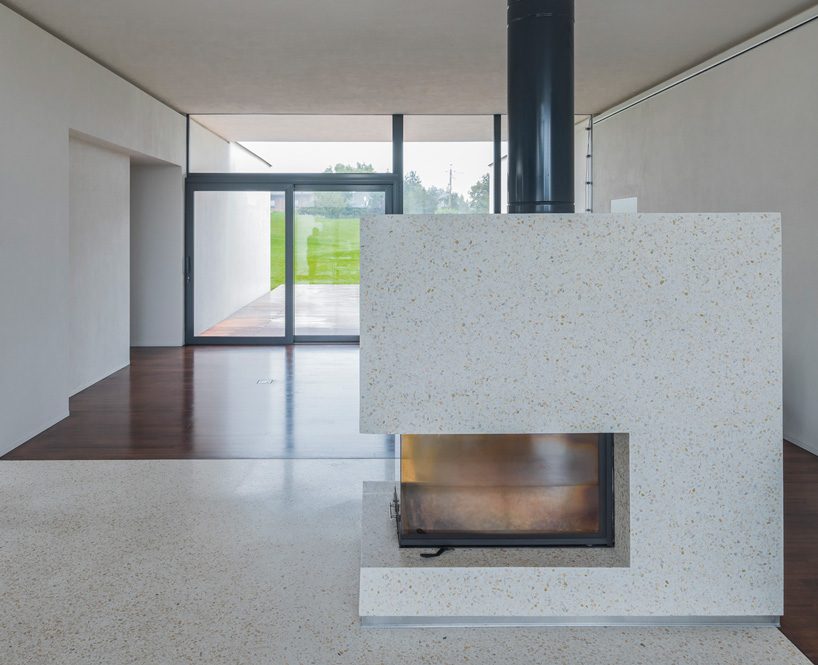 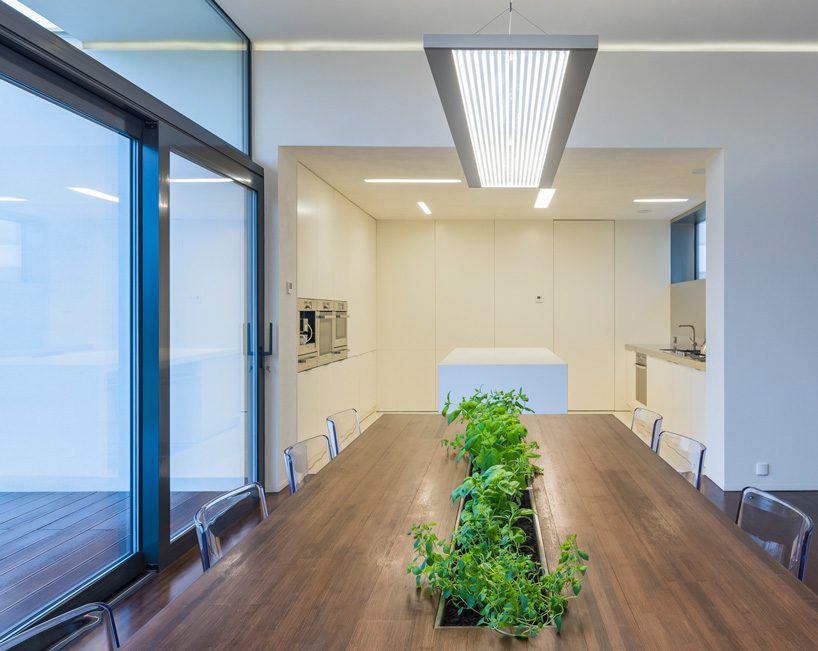 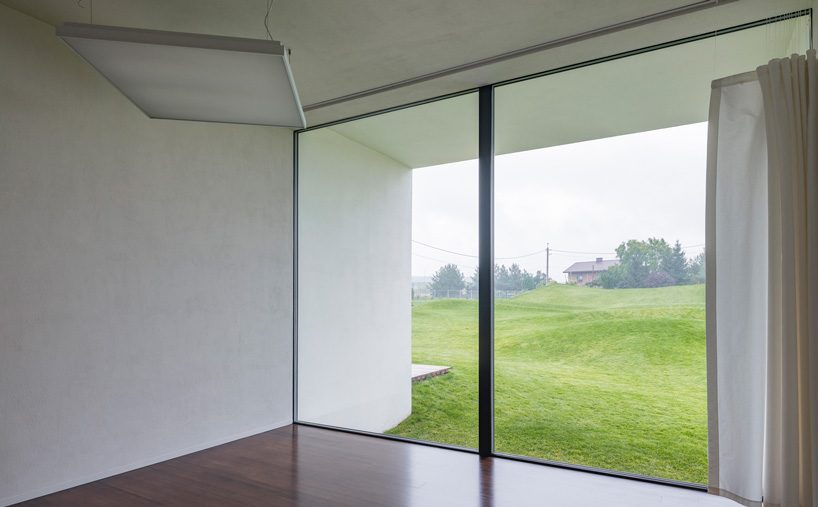 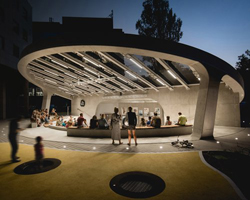 Sep 30, 2020
mode:lina designs a concrete amphitheater as an 'open, democratic space' in warsaw 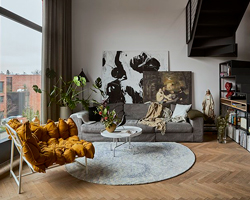 Oct 22, 2020
two bright orange, mesh fabric installations by behin ha pop up in denmark
titled 'together apart', the projects were influenced by the studio's reflections on the nature of social gathering during the 2020 pandemic.
architecture
592 shares
connections: +1230

Oct 21, 2020
anna heringer's 'anandaloy' is a mud and bamboo community center in bangladesh
'anandaloy', which means 'the place of deep joy' in the local dialect, has received the obel award 2020.
architecture
682 shares
connections: +1210