having already designed other aesop stores in japan including one in kyoto and osaka, torafu architects have completed the recent fit-out of the australian skincare brand’s latest location inside the NEWoMan shinjuku shopping mall in tokyo. the compact and square floorplan measures at a width of 4.9 meters and 9.2 meters in depth to form a three-dimensional grid. the space is sited in the core of a level with two paths on either side and surrounded by other retail shops. 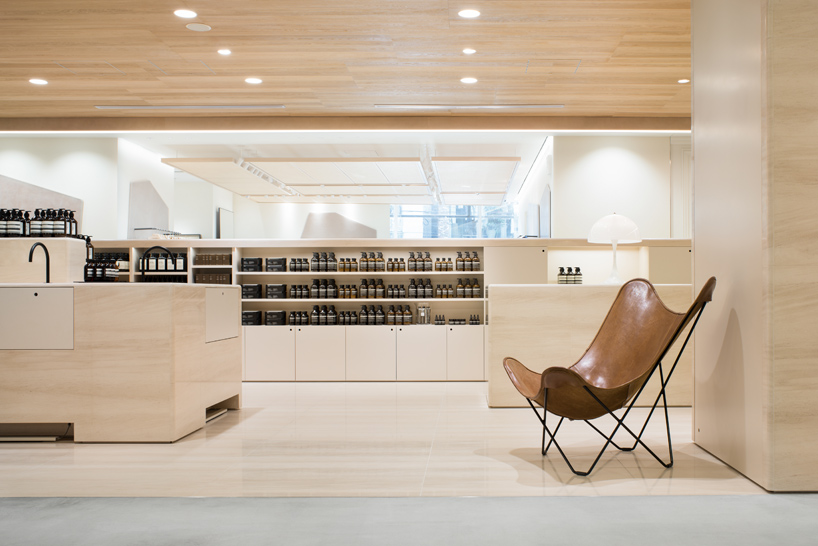 ‘in order to independent the wall-less space visually, we proposed to use limestone as a main material, which has a presence,’ comments torafu architects. the material is prominently used on the floor, columns and fixtures – appearing to be sculpted from a single mass – with a total of 108 pieces of the stone used. similar to the aesthetics of an aesop store, a large sink unit has been integrated into the adjacent column and transforms into a tiered shelving display. 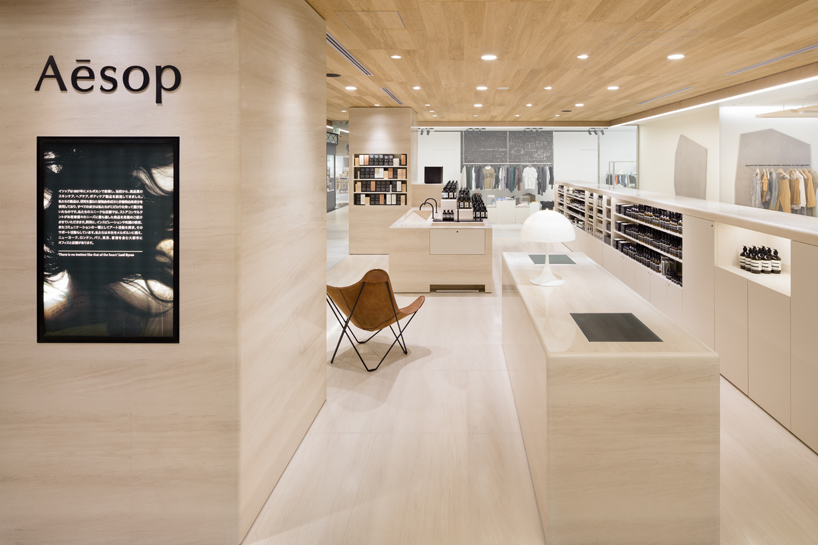 the store is defined by its use of limestone on the surfaces, columns and flooring 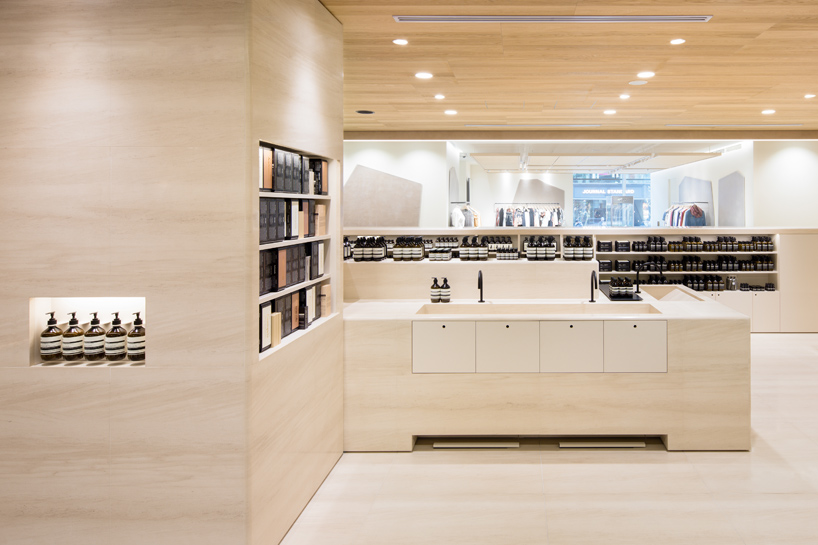 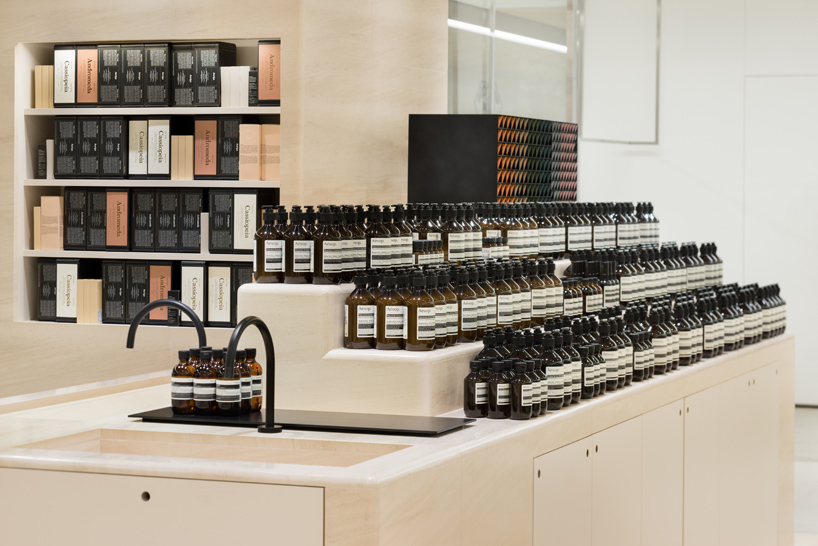 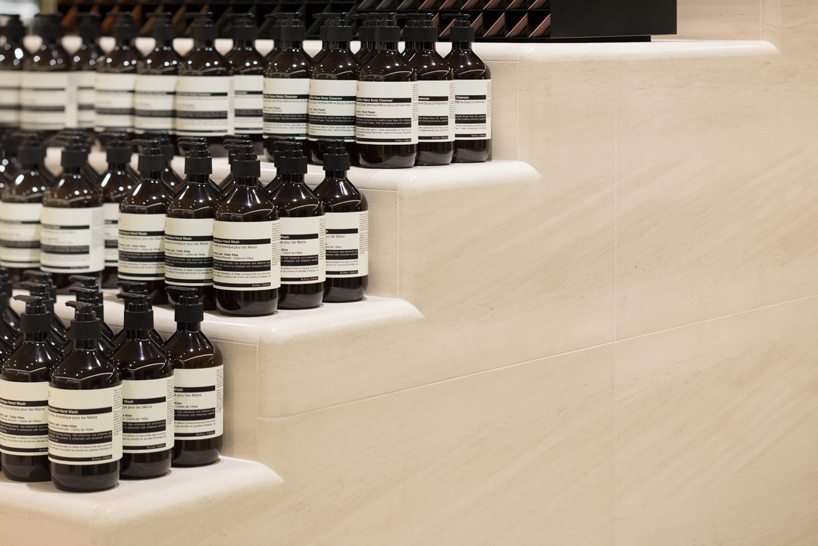 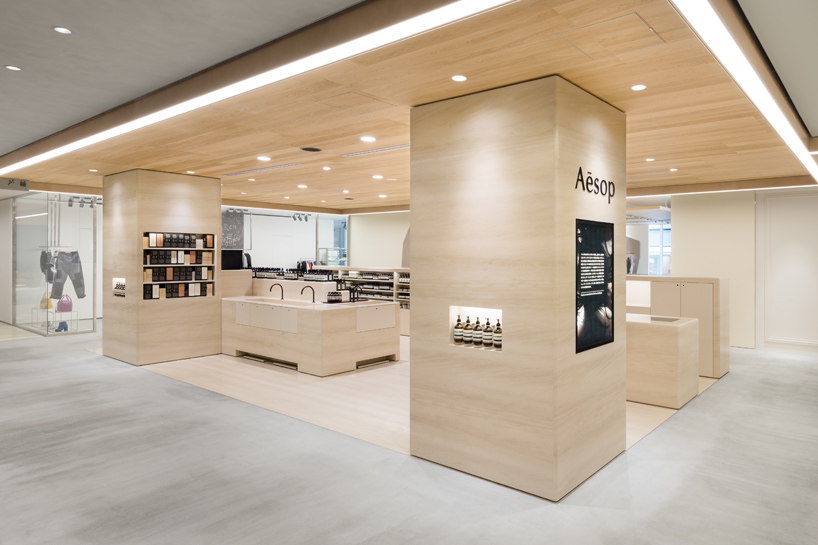 a total of 108 pieces of limestone was used 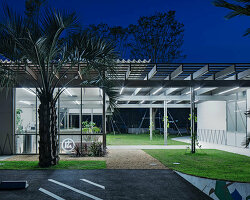 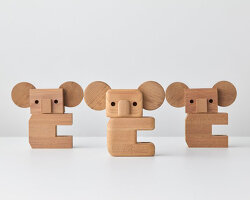 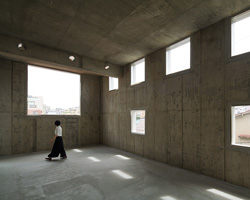