toshihiro aso design office has completed a house in asaka, japan, that is peaceful and inward-looking, but maintains an open and airy atmosphere. the facade is oriented out of alignment with the street, generating a parallelogram in plan, while the interior spaces do not directly face out toward its neighbors. the parallelogram profile creates two triangular courtyards on either corner of the plot, lending more garden space between the house and its neighbors while bringing in natural light and letting fresh air naturally circulate. 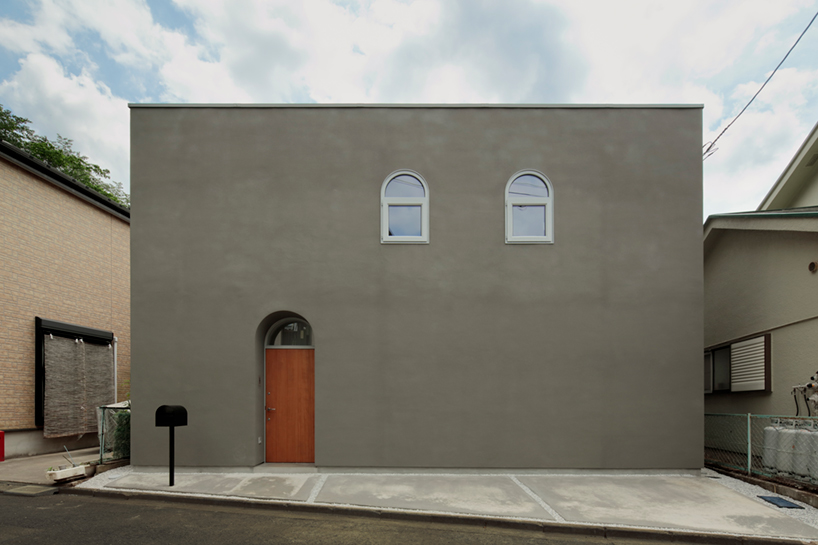 toshihiro aso expresses the house in asaka as a solid block which opens up into a bright, light-filled interior, the two atmospheres united by arch motifs. the main interior wall is oriented parallel to the exterior walls to continue the parallelogram profile, matching the volume of the building. upon entering the house, the visitor moves from a closed room that opens into one that is more spacious. the house gradually opens up to the backyard, giving the visitor a feeling of distance from the street. a wide glazed opening connects a double-height, open-plan living and dining area to the backyard, transforming the entire space into an extension of the large garden. 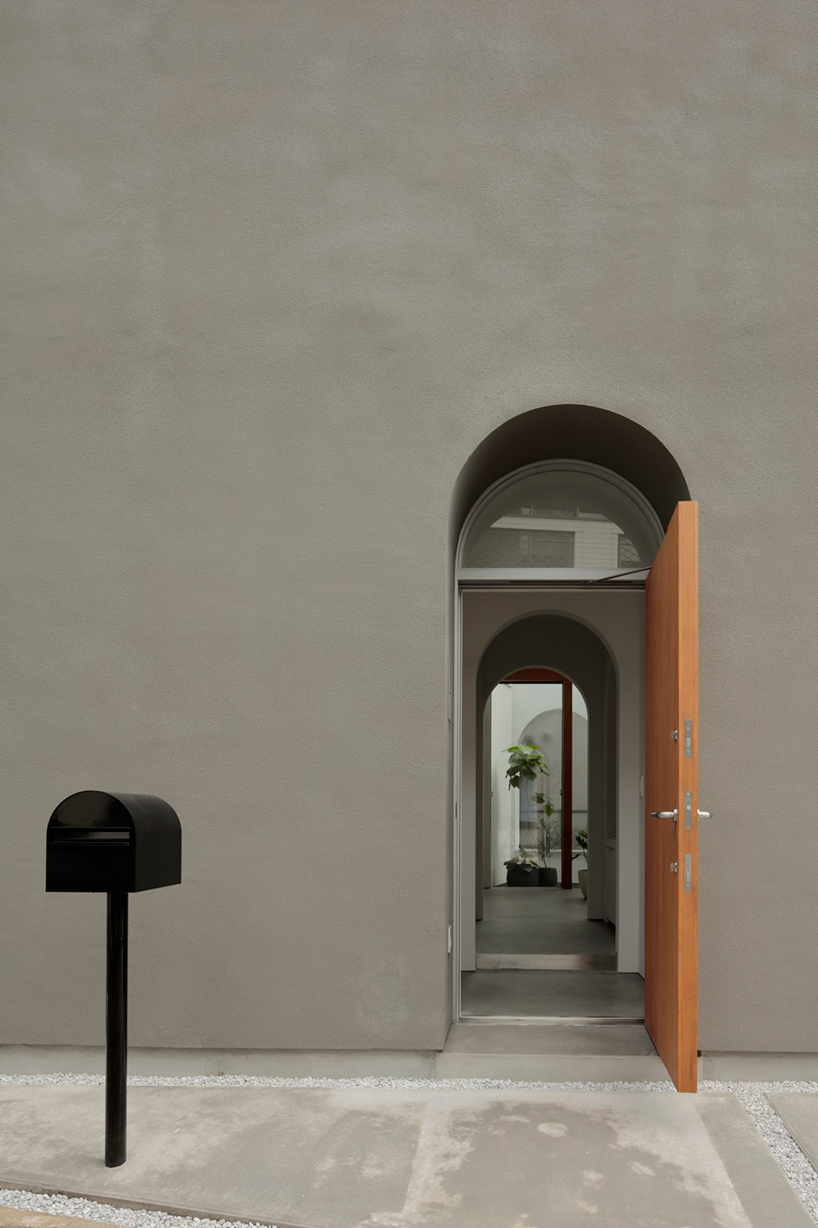 toshihiro aso expresses the house with arched openings, intentionally contrasting the typical standard of its surrounding urban context. the design team comments: ‘as with japanese igloos and caves from ancient times, an arch shape functions as an opening which vaguely connects inside and outside. a series of arch-shaped openings arranged in various locations both inside and outside of the house blur boundaries between inside and outside, the open-style living and dining space and the backyard, and between the rooms, thereby creating diverse flows of light, air, people and vibes whilst broadening the view and the interior space as if walking in a town.’ 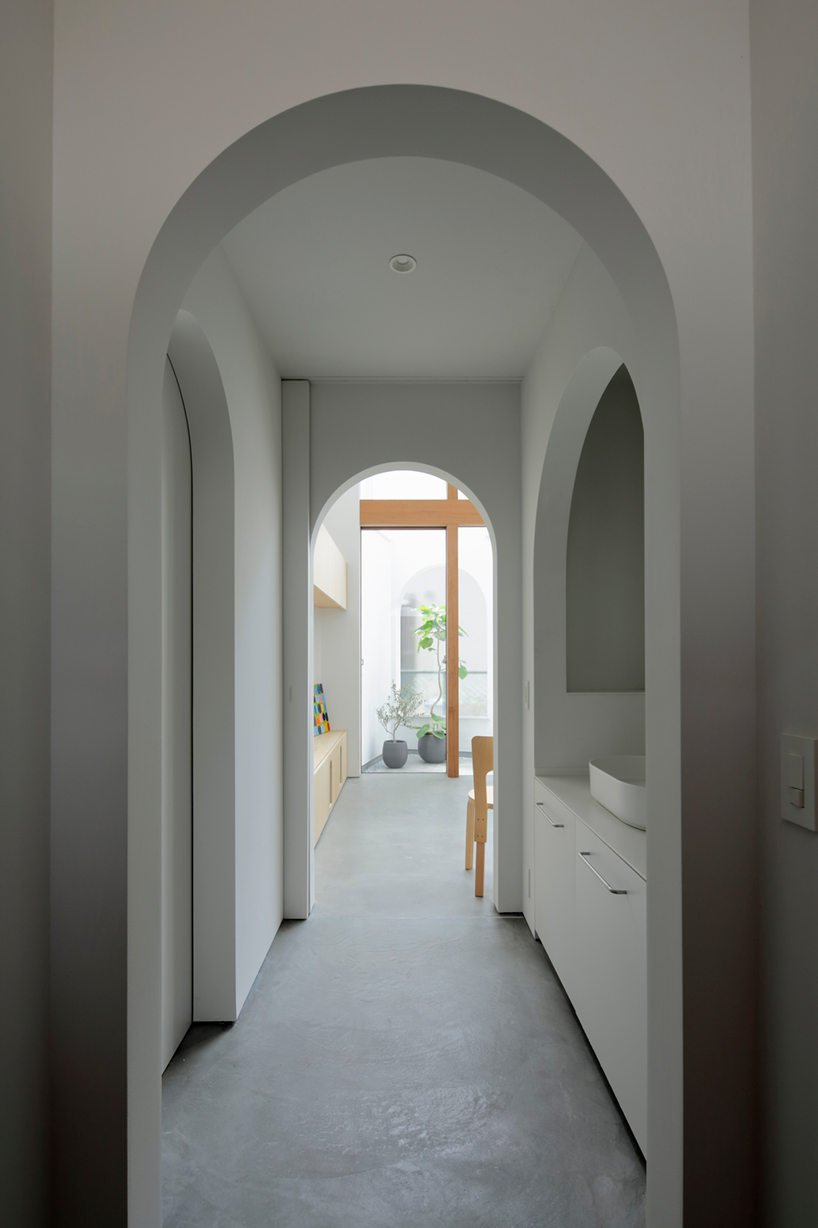 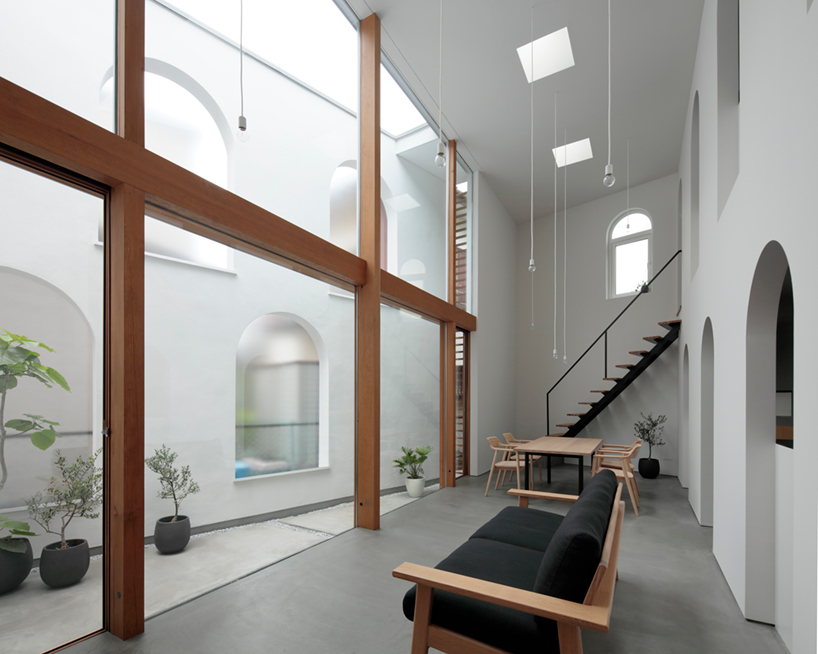 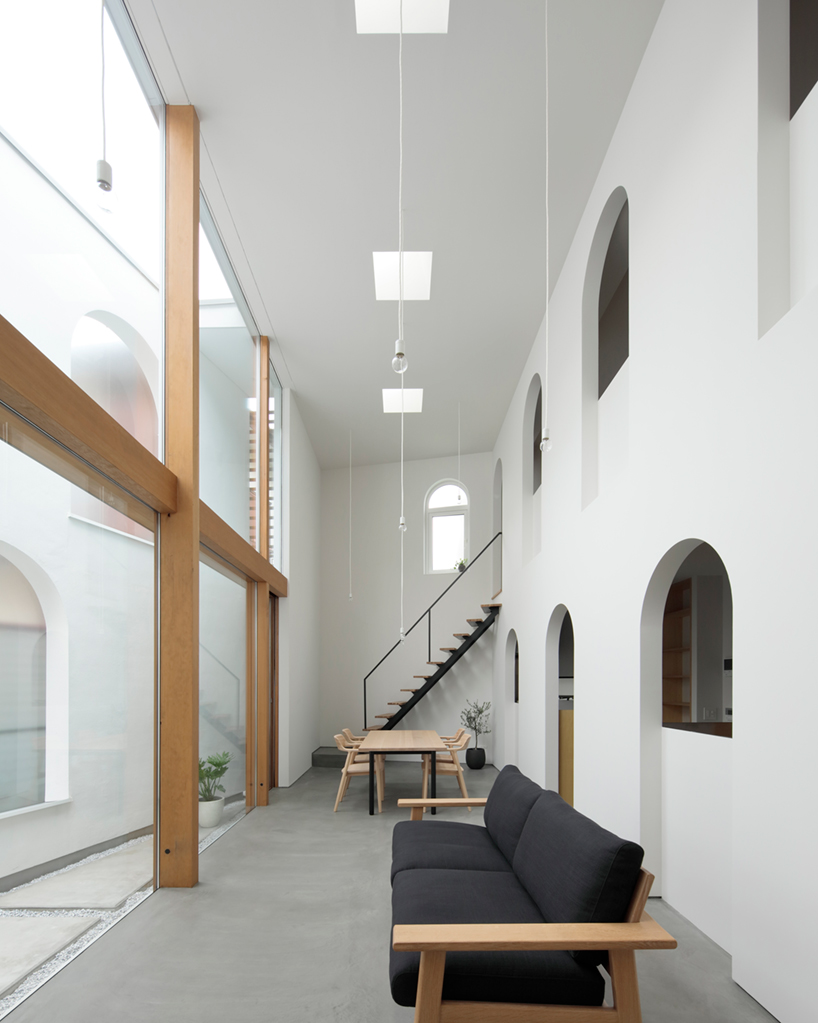 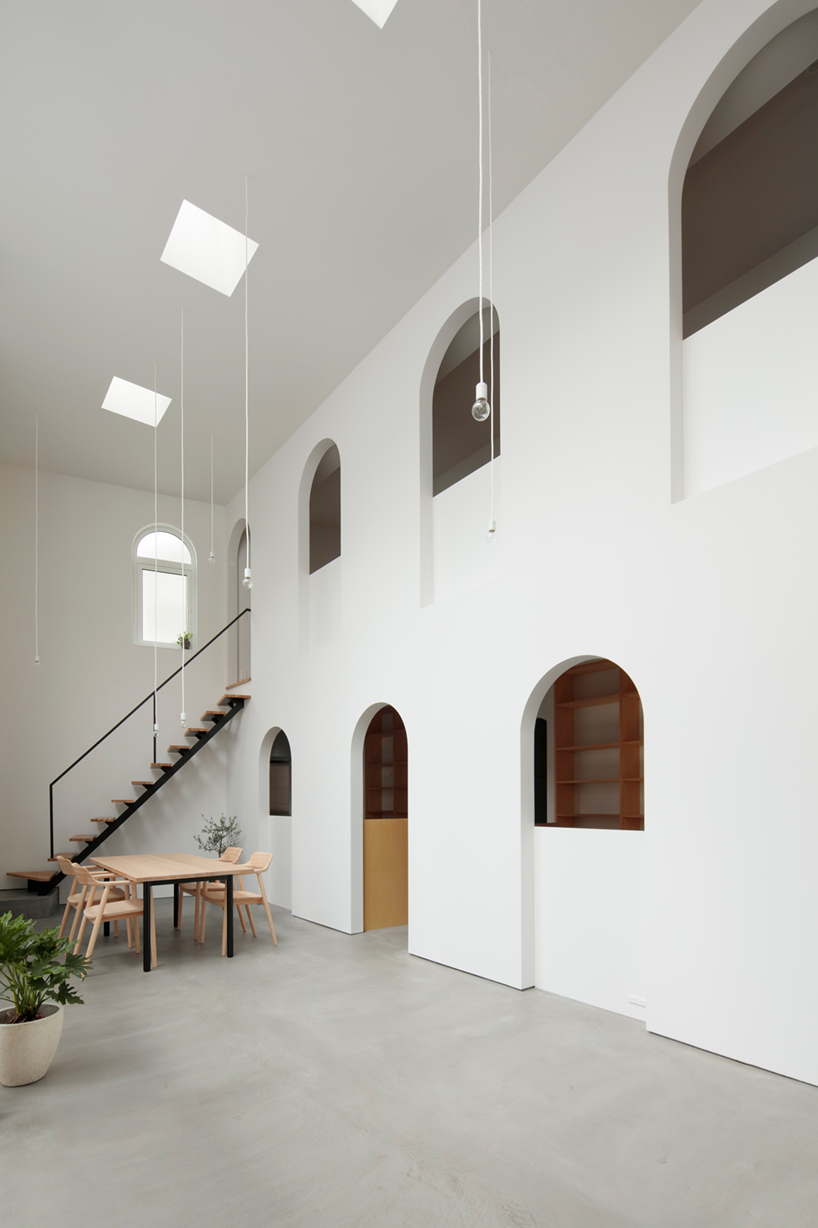 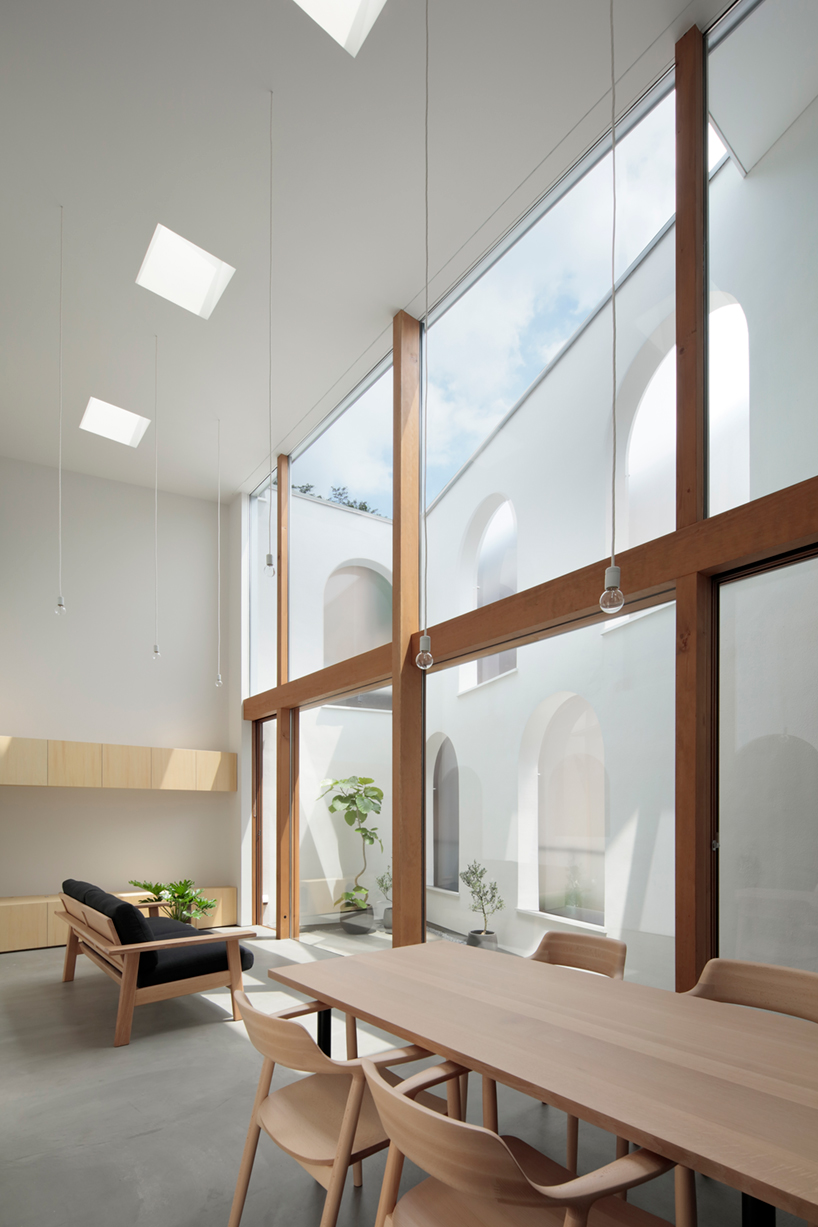 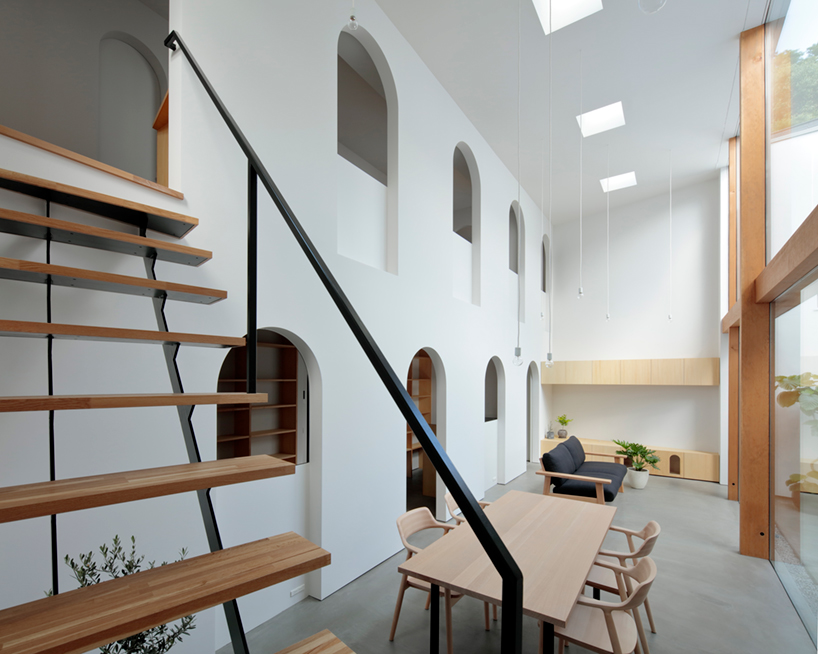 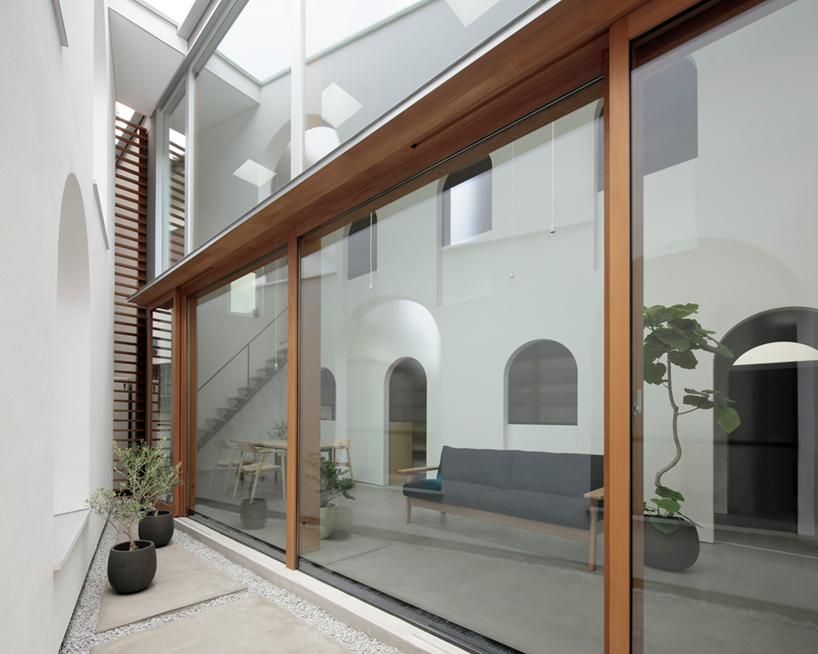 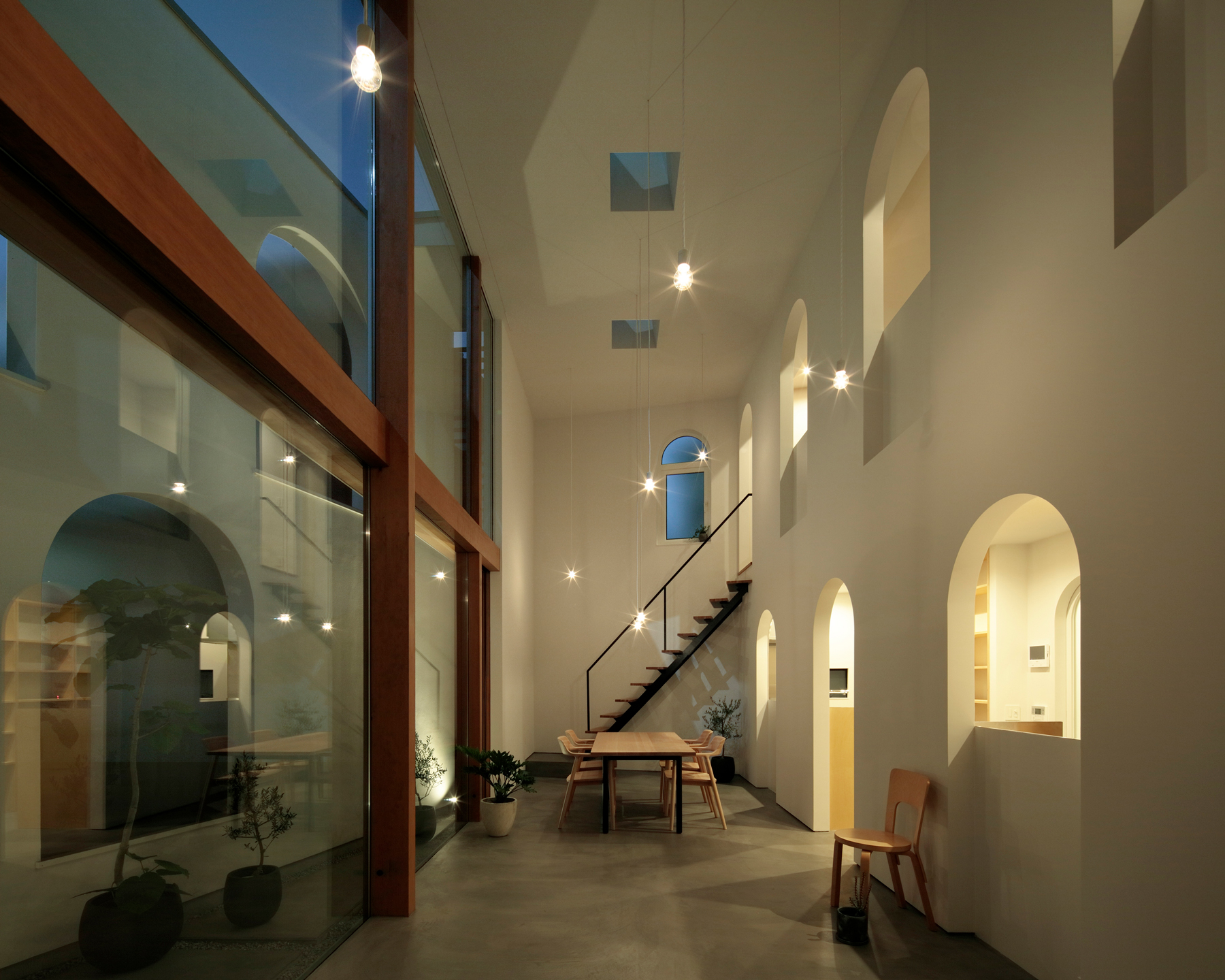 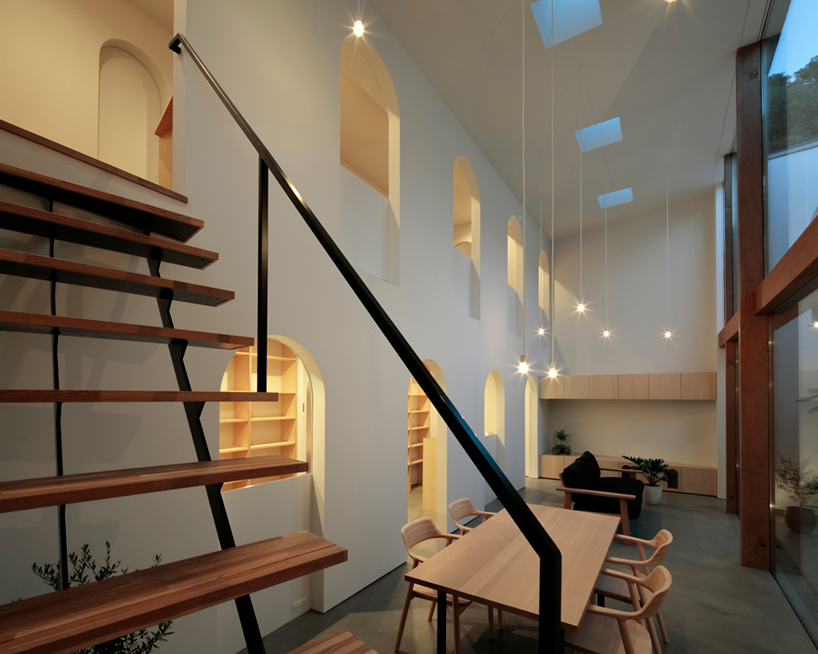 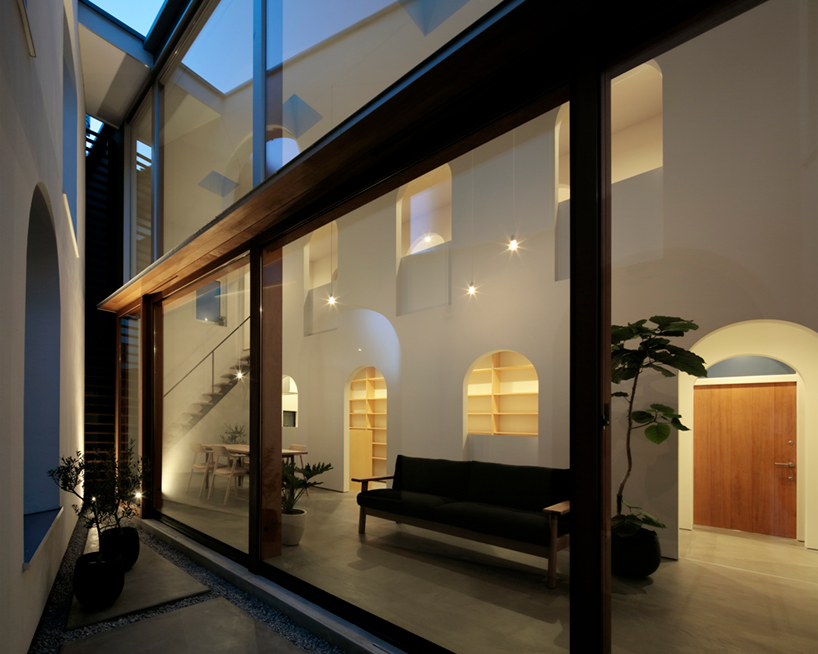 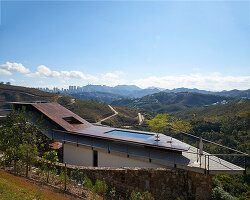