japanese architect toyo ito has inaugurated his intervention of the facade, the central core and the interior patios of a luxurious 41 apartment building opposite ‘la pedrera’ in barcelona, spain. the rest of the building was designed by the architects carlos bassó and toni olaya on what was hitherto an office block. toyo ito was initially reluctant to do the project but when he went up to the rooftop, seeing ‘la pedrera’ by antonì gaudì, it made an immense impression on him. ito admitted he had fallen in love with gaudí’s work during a visit to barcelona on his honeymoon.

detail of the facade 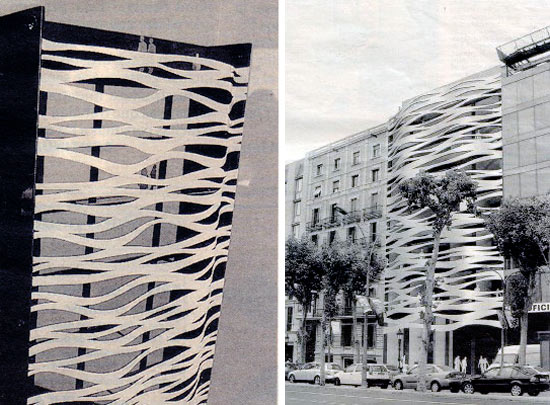 model of the facade and photo collage presentation

from the building: view on ‘la pedreara’ and its wavy facade