home-for-all, the volunteer organization led by toyo ito, kazuyo sejima, and riken yamamoto, shares a short video message on the 10th anniversary of the tohoku earthquake and tsunami. the organization was established in the weeks following the devastating earthquake of 2011, which triggered a tsunami that destroyed over 120.000 homes. in the aftermath of the disaster, the group of architects built a total of 16 community houses in the areas of temporary housing, many of which are still in use.

on the occasion of the 10th anniversary of the earthquare, the architects who designed the buildings were asked what ‘home-for-all’ means to them. the team includes toyo ito, kazuyo sejima, riken yamamoto, astrid klein, mark dytham, yukinari hisayama, michiko okano, jun yanagisawa, tetsuo kondo, maki onishi and yuki hyakuda. 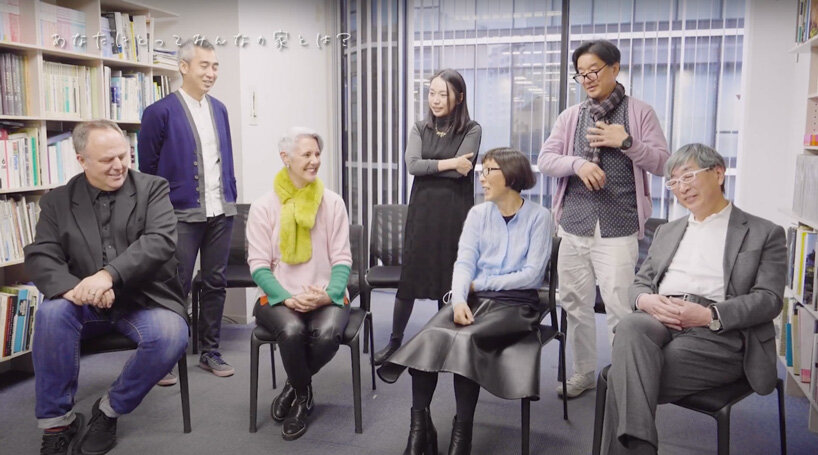 all images courtesy of home-for-all

in the weeks following the earthquake, a group of architects, lead by toyo ito, kazuyo sejima, and riken yamamoto established home-for-all. the volunteer organization worked with younger architects to help make a difference, and built 16 ‘home-for-all’ community houses in the disaster area. the houses are gathering spaces for people who live in temporary housing, places for communities to recover, play spaces for kids and bases to rebuild the agriculture and fishery industry. 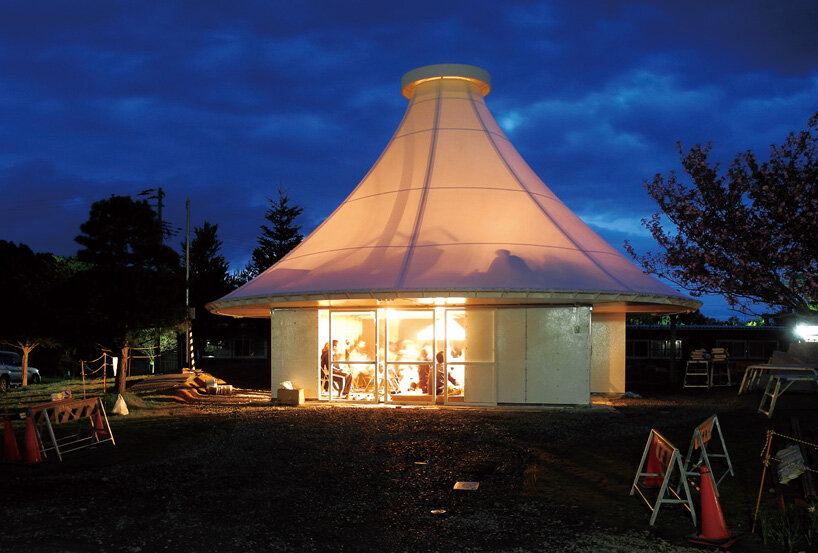 ‘for me, home-for-all has two purposes,’ says japanese architect toyo ito. ‘first it is a place where people would like to gather every day, even if they do not have a particular reason for doing so. the other purpose is to be a place where we can reconsider the architecture that we have created. homes for people who have been involved in agriculture and fishing tend to be very open to the outside and are quite different from urban housing that we have thought about. they used to live in houses with engawa, verandas where people can begin conversations. I feel very strongly that we must reconsider these homes as forms of modern architecture.’ 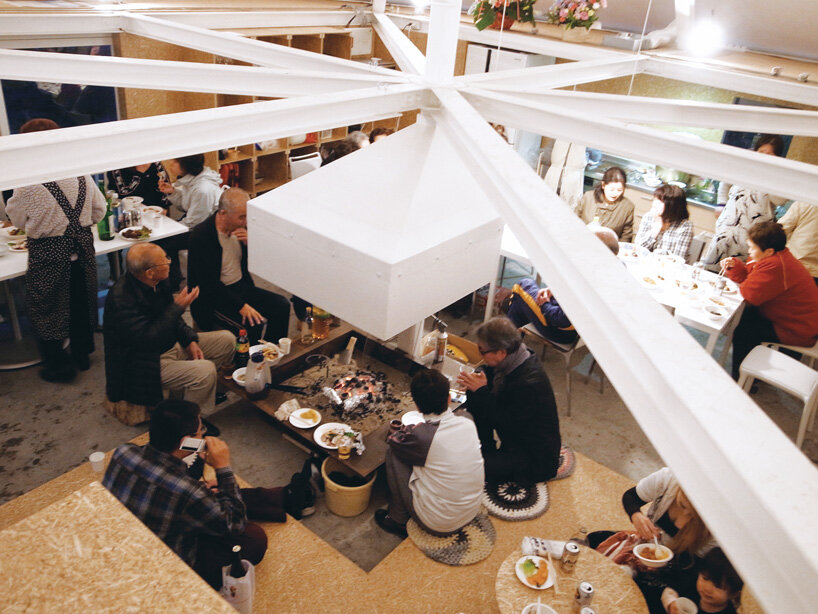 ‘personally, home-for-all is also a place where I have been taught about things that I had not even thought of before,’ kazuyo sejima notes. ‘when we held our first meeting, I asked what kind of home would be nice. a participant responded, “everything has been washed away. moving forward, we are going to build our new city. we are going to build it ourselves.” I had not thought about that up to that point, so it served as a moment of realization for me. I was also told that they wanted to hear my opinions because I am a professional, which also served as a moment of realization.’

‘up to that point, when I designed architecture, it was because somebody wanted me to come up with a design because there were certain circumstances and certain issues,’ adds sejima. ‘I thought my involvement was to complete these requests. I was taught in a profound manner that instead, there was a need for us to think ourselves about what kind of place was really necessary, and that we can and must create the future that we will live in ourselves. I thought it would be nice, if this could be a place that serves as the first step towards a new way of thinking about creating architecture.’ 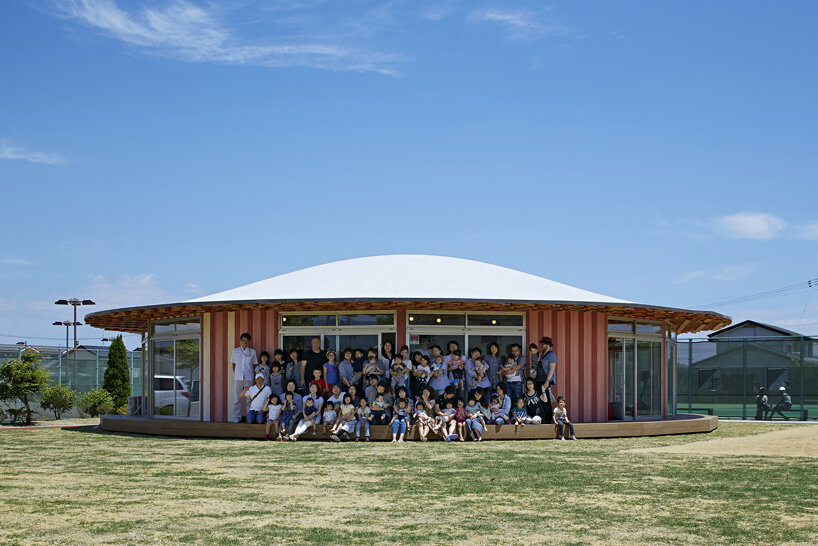 ‘home-for-all is a comfortable living room,’ astrid klein of klein dytham architecture explains in the anniversary video, ‘it is a place where people can relax, chat, play and hang out together.’ ‘a home for all instills a sense of pride in the community during difficult times,’adds mark dytham, co-founder of the tokyo-based firm.‘they are not just simple temporary shelters, but are built with love, care and pride for the community to feel at home.’ 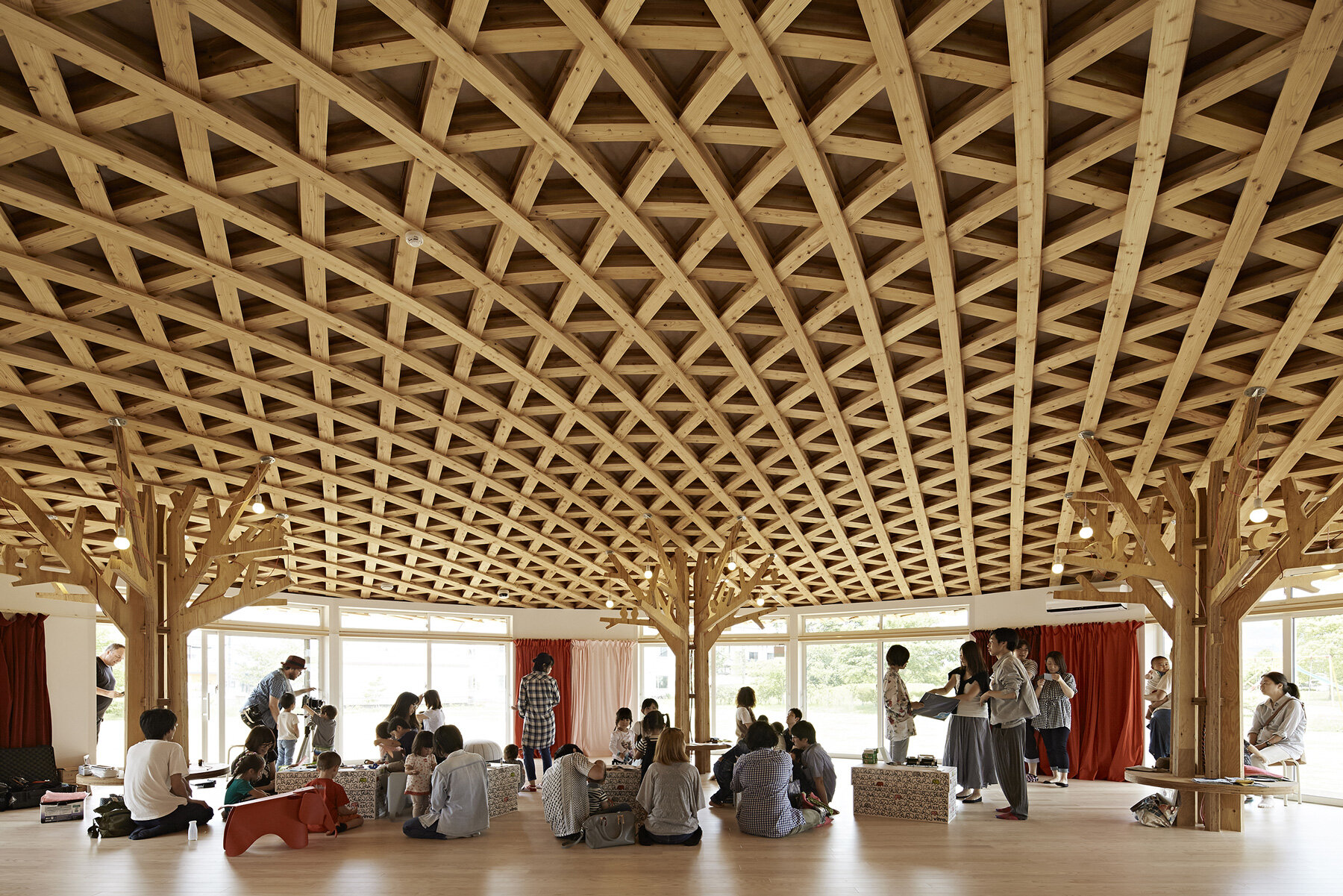 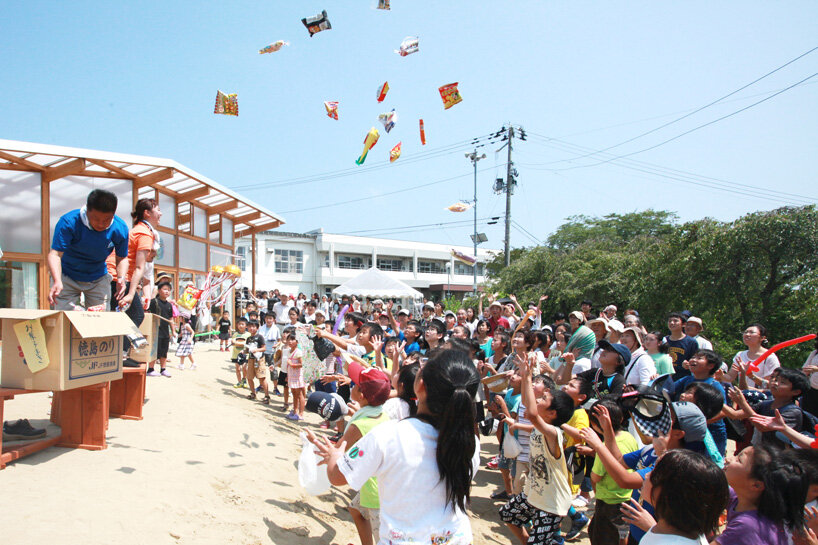 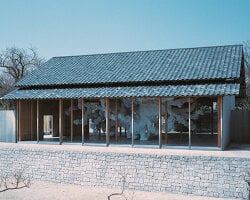 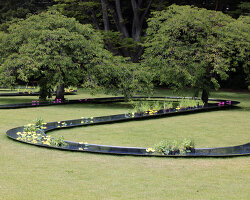 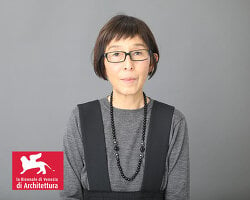