for someone who claimed not to have a great interest in architecture during his youth, toyo ito has had a huge and lasting impact on the built environment. ito, who was awarded the pritzker prize in 2013, established his own practice at the age of 30. after designing a host of critically-acclaimed buildings, he became an architect of international importance during the early 2000s, leading to work throughout asia, europe, north america and south america.

however, perhaps most important to ito are the projects in his home country, made more pressing by the earthquake and tsunami in march, 2011. the disaster spurred him and a group of other japanese architects to develop ‘home for all’ communal spaces for survivors.

in a recent interview, designboom spoke with the acclaimed architect who discussed the ongoing ‘home-for-all’ initiative, as well as the nearly completed ‘national taichung theater’ and his general design approach. toyo ito also heads the LEXUS design award jury, a competition co-organized with designboom.

designboom: you have said before that ‘architects have made architecture too complex’. what can we do to remedy this and make architecture more accessible for everyone?

toyo ito: rather than ‘complex’, I think the problem is that architects have been sending the messages only to the architectural world. we, architects, should direct our attention more to the society and send messages to the users of architecture. 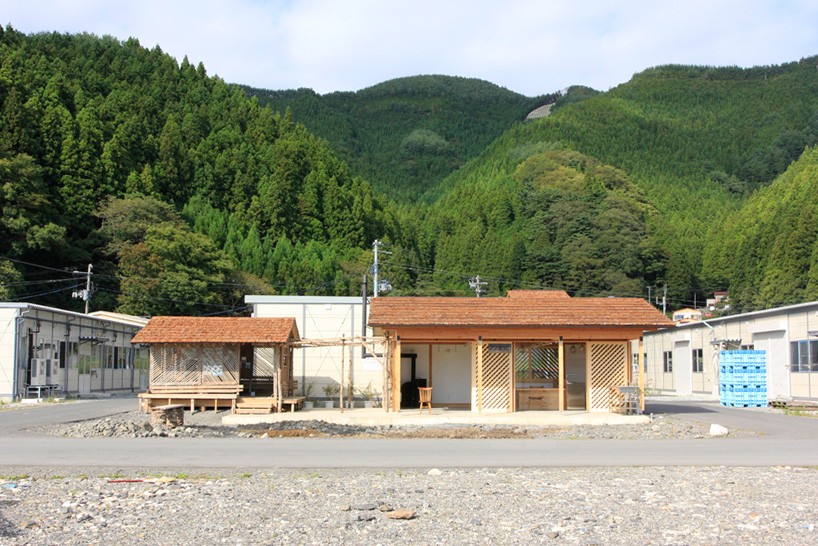 DB: after the devastating earthquake of 2011 you started the ‘home-for-all’ initiative alongside kazuyo sejima and riken yamamoto. what is architecture’s role in dealing with these kind of disasters?

TI: after the 3.11 great east japan earthquake, local communities in the disaster-stricken areas requested the assistance of civil engineering consultants, but not of architects. the proposals for the reconstruction by us, architects, were rejected. we have been collecting support and providing community houses called ‘home-for-all’ for the local residential communities. 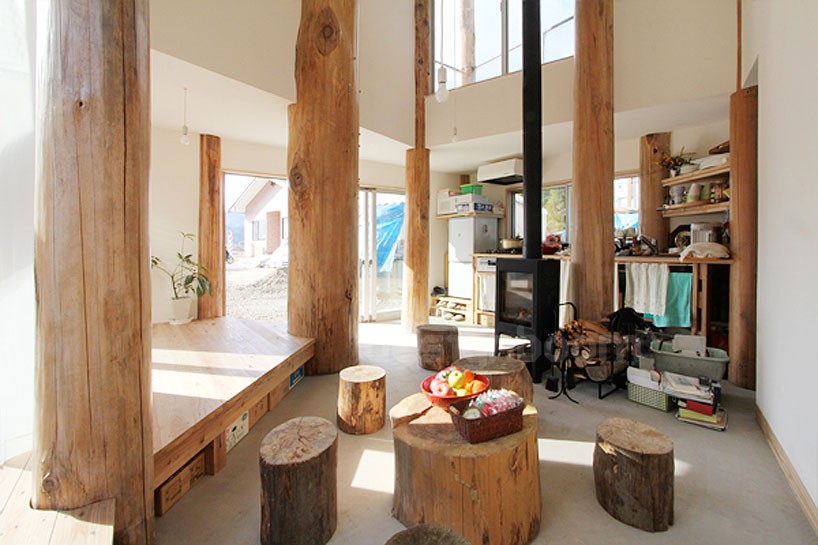 TI (continued): almost all the ‘home-for-all’s are small houses for people to gather, talk and eat together. some are to support the farming and fishing industries and some others allow children who live near the nuclear power station to play inside. thirteen ‘home-for-all’s have been completed and two more are ongoing. this project is also a message from architects to residents. 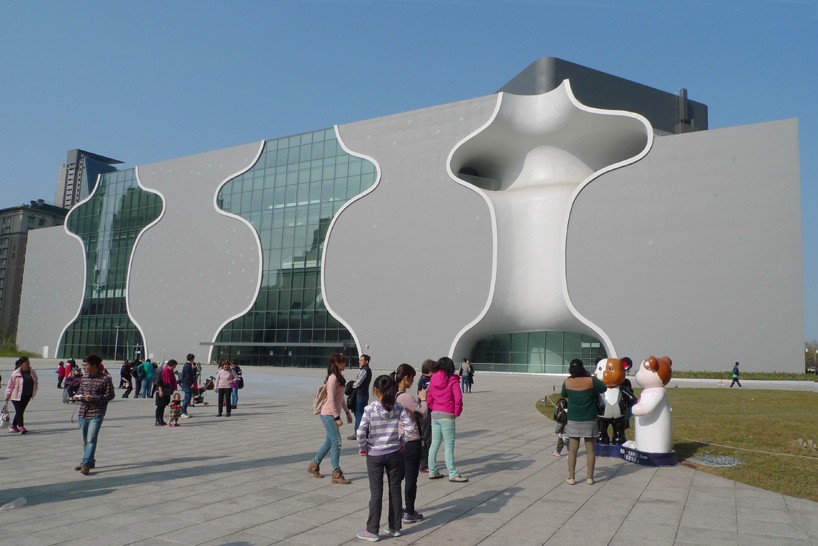 national taichung theater is built by the taichung city government, republic of china (taiwan)
see more of the project on designboom here

DB: the national taichung theater in taiwan is nearing finalization. can you tell us a little bit about the project, and how you feel now that it is nearly complete?

TI: the competition of this project was in the end of 2005 and it is nearing completion after ten years. almost all the spaces are made of three-dimensional curved surfaces. though this is a really difficult project, from its designing to construction, the opera house is loved by the citizens already. the building was temporarily opened last year and many people came to the plaza outside, enjoying events and concerts. the official opening is scheduled to be in september 2016 but several events are planned from early 2016. 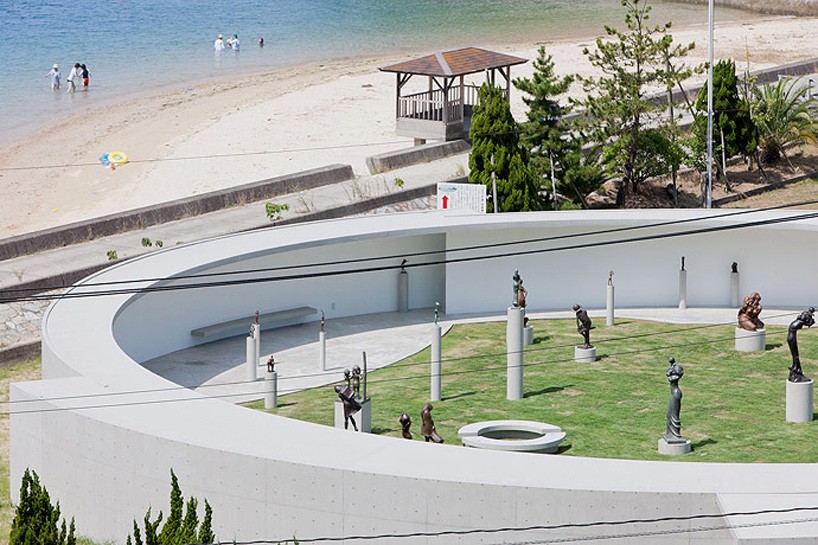 DB: you work across a wide span of scales, ranging from multi-storey towers to private residences and temporary pavilions. how does your design approach change when working at these different scales?

TI: my design approach is always through the discussion with the users of architecture (residents, local communities, and clients). however, I am trying to work on public projects with a challenging attitude in order to go beyond ready-made ideas, and to open up architecture of the new era. for small scale architecture like houses, I listen and try to accept the demands of clients as much as possible to create the most comfortable spaces for them. 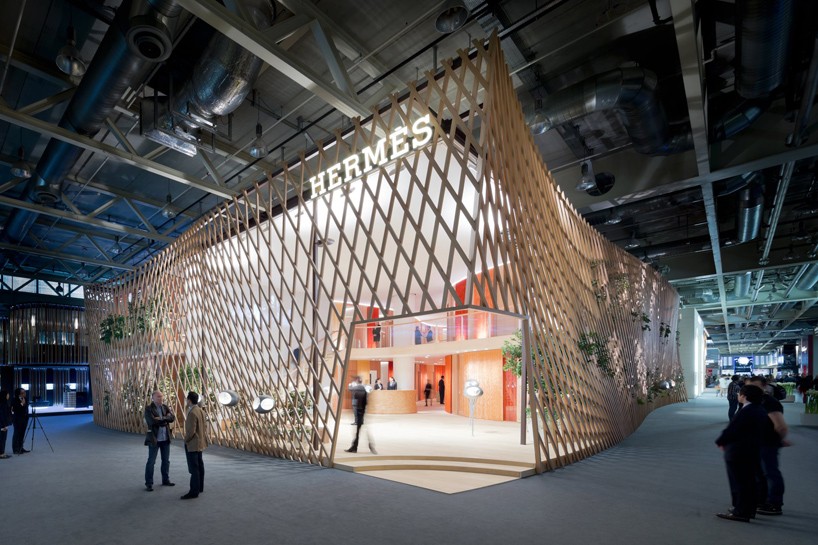 DB: as well as your work in japan, you have completed projects in europe and south america. what are the major differences between working in these different cultural environments?

TI: to create architecture in the area where I visit for the first time is really exciting and challenging. what I keep in mind for this kind of work is not to highlight my architecture in the environment, but rather to highlight the environment by bringing my own thoughts. it is often the case that the specific character of an area can be first identified by a foreigner. 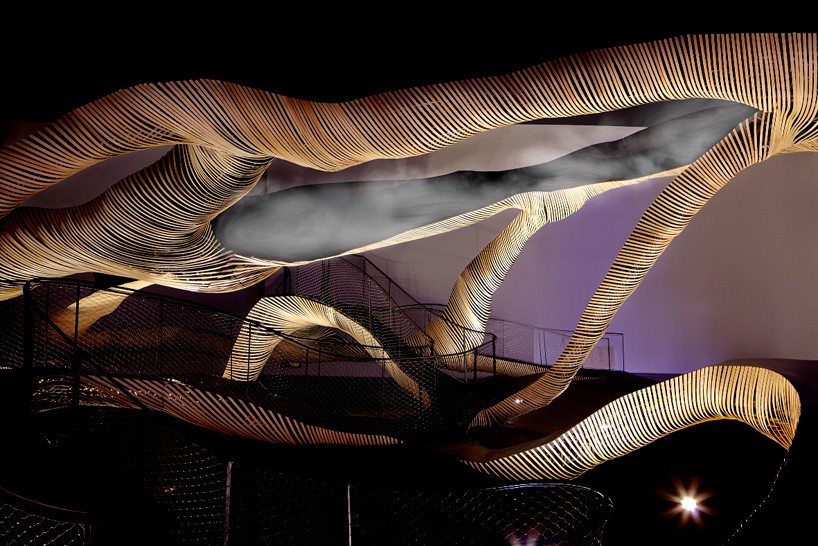 the lexus amazing flow at milan design week 2013
by toyo ito as supervisor, and akihisa hirata as space architect
see more of the project on designboom here 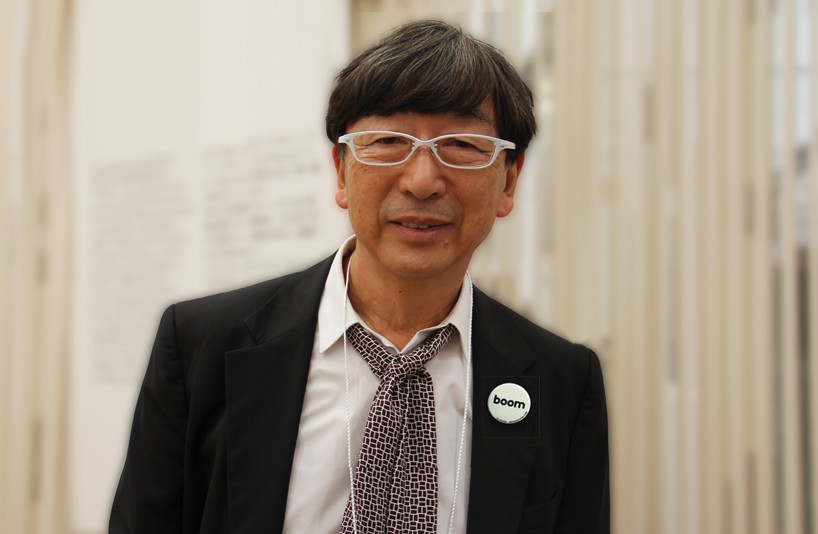 designboom’s full archive of work by toyo ito can be viewed here.