the relaxation park in torrevieja in the south of spain designed by toyo ito remains partially built, with construction halted because of possible infractions of the coastal law.

the situation has now been highlighted in an exhibition by architect, nathalie gidrón, in an alicante pub, which shows ‘the ruinous state of the current building’ built in the shape of a snail from wood and then covered in copper,

although the copper has since vanished and the wood below is now warped from damp. gidrón considers the building ‘one of the jewels of 21st century architecture.

the torrevieja town hall modified the plans after the order to halt construction was received, and have denied that the project has been abandoned. other political groups are calling for the land to be returned to its natural state. read more 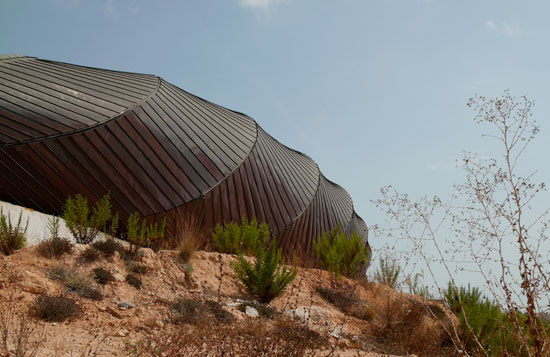 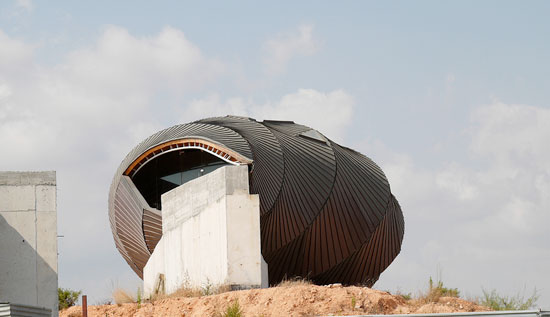 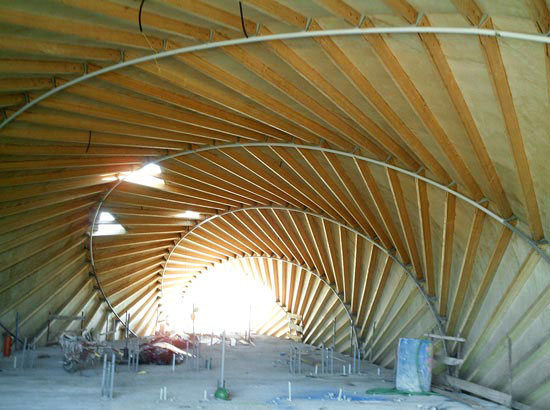