reimagining public space in the age of air pollution

According to the World Health Organization, air pollution kills an estimated 7 million people worldwide every year. Trying to address this global challenge and improve the quality of life of city dwellers is multidisciplinary design firm Cloud-floor. In 2021, the team realized a translucent pavilion in Bangkok where visitors could breathe cleaner air while still feeling as if they were in an open, public space. Named ‘Common Air-rea’, the structure opened during Bangkok Design Week 2021 and served as an information center, a meeting point and a rest area for attendees. 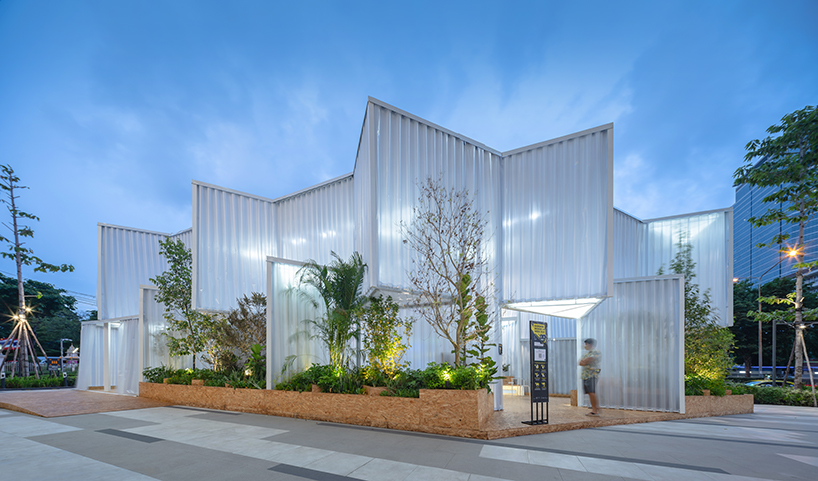 With the Creative Agency Economy (CEA) as patron of the project, Cloud-floor designed and built the Common Air-rea as a space to showcase possibilities in mitigating air pollution and improving the air quality in a semi-open public space.

In addition to being a Design Week pit stop, the space was used as an experiment for an air purification mechanism powered by solar energy in conjunction with electricity from traditional sources. The space was enclosed by translucent, light-filtering curtains, which not only prevented air pollution from entering the indoor environment but also served as a filtration system for excess solar gain. However, the curtains still allowed for daylight to enhance visibility inside the building and to provide a sense of public-ness in the space.

The design incorporated a ‘green zone’ with air-purifying plants that had dust-retention abilities to capture airborne particles smaller than 10 microns and to retain other air pollutants. The pavilion also contained plants that produced appealing scents, which helped create a relaxing atmosphere. 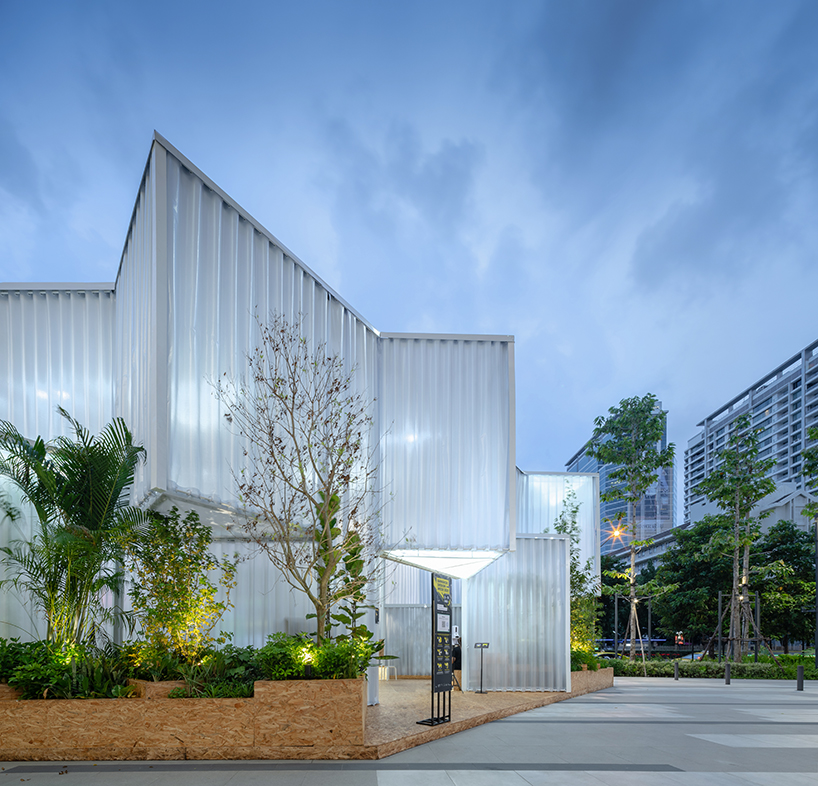 The building was also equipped with a technology that trapped dust particles and circulated purified air inside. There were no physical closeable doors, which provided a sense of openness. Instead, the design team used the air curtain at the entrance and exit, which helped control air circulation, preventing the unpurified air and pollution outside from flowing back into the building. A design combination of the enclosed structure, the green space, and the air purifying technology served as a prototype that opens new design possibilities for public spaces, e.g. a waiting area, a bus stop, an outdoor market, and in any public space that has a clear-air sanctuary for visitors.

The roof structure of the Common Air-rea was equipped with a solar energy system that enables the use of alternative energy in this building. The solar power was stored in batteries in order to be combined with electricity from traditional sources in order to power Common Air-rea’s air purification system, the air curtain, the lighting system, and the phone charging station during the Bangkok Design Week. The designers say the prototype can be scaled and further applied to other open-space settings. 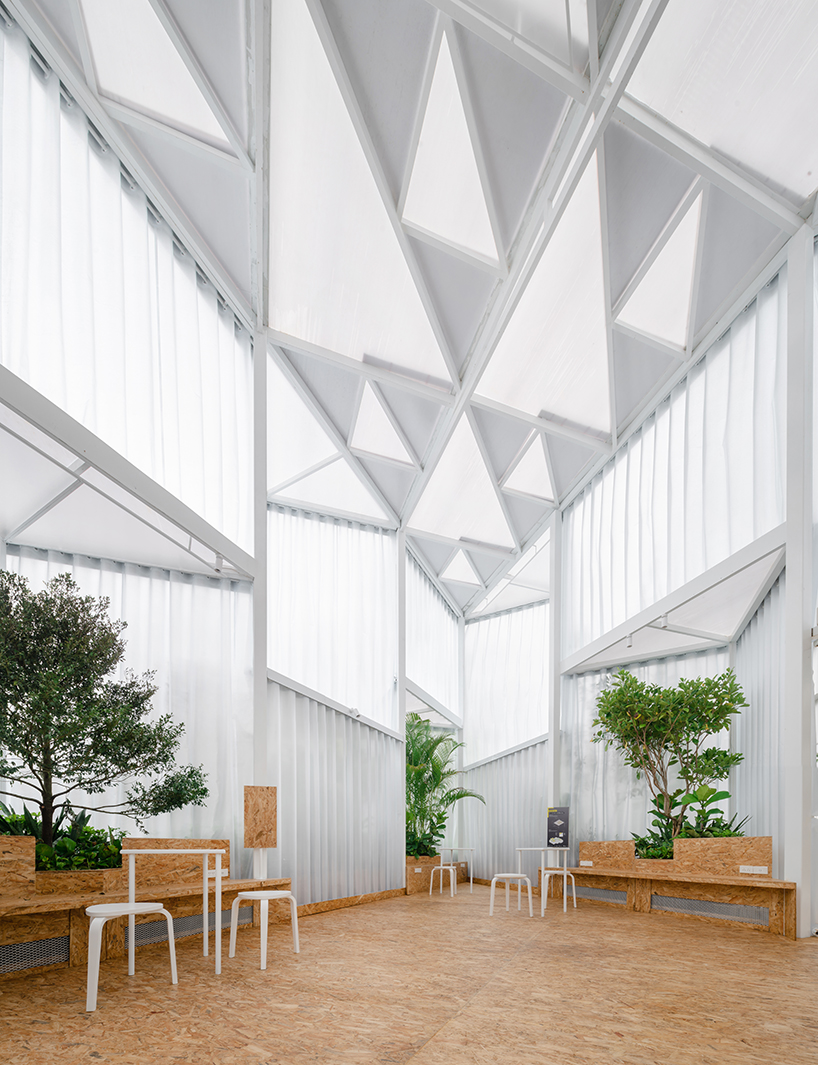 the structure served as an information center, a meeting point and a rest area during Bangkok Design Week 2021 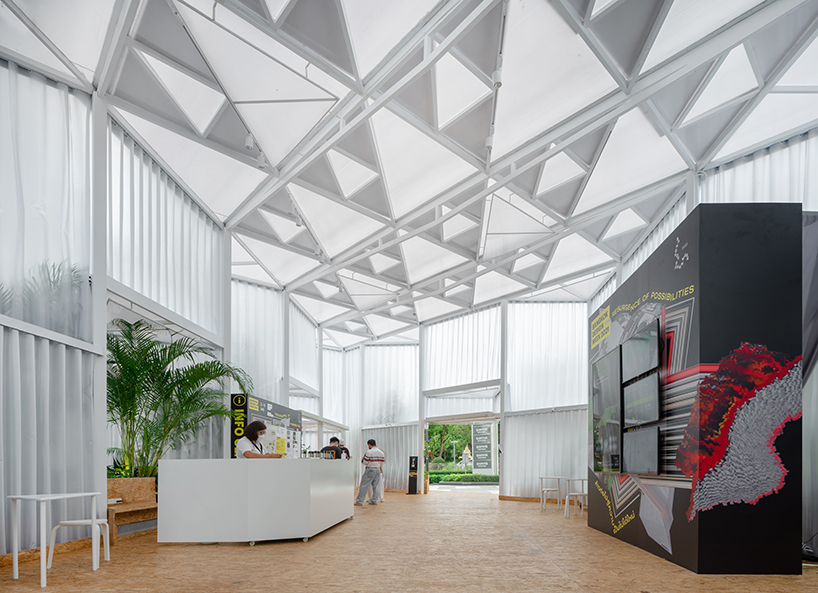 the building was powered partially by solar energy 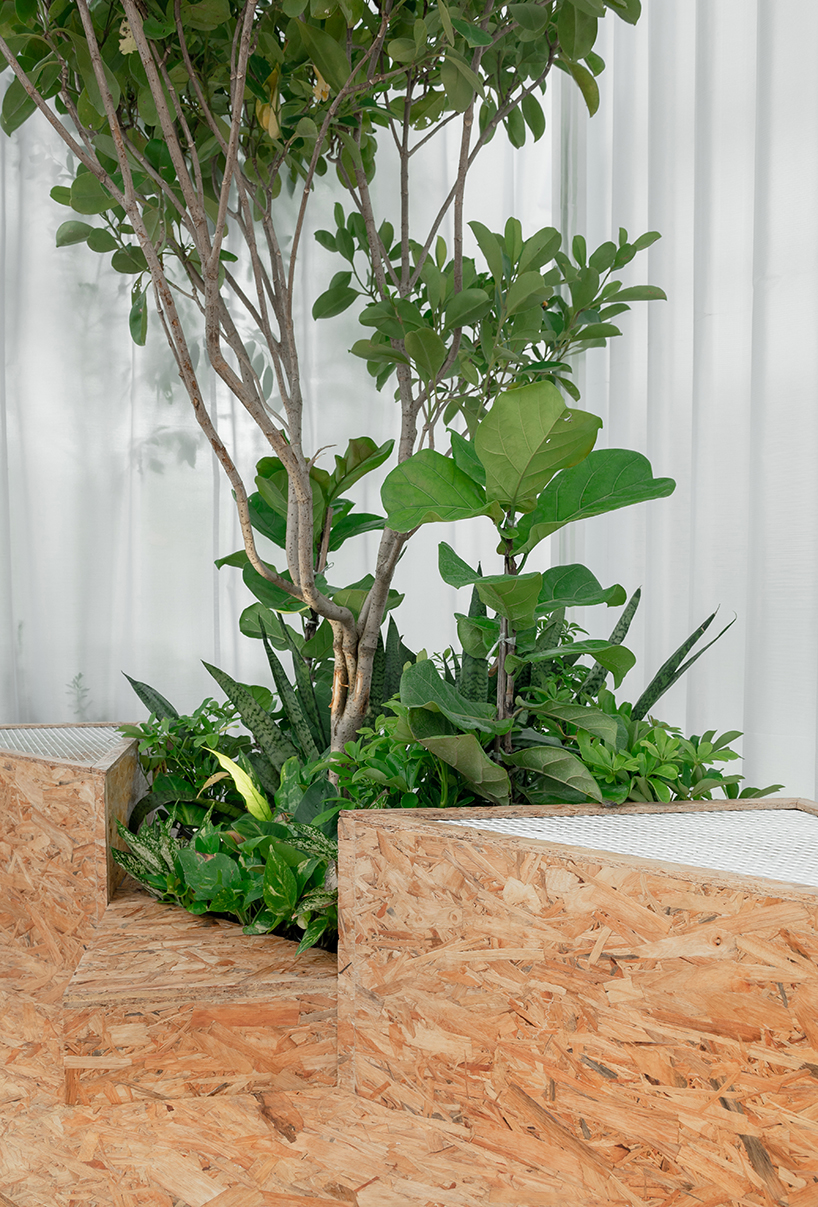 the pavilion included a ‘green zone’ of air-purifying plants 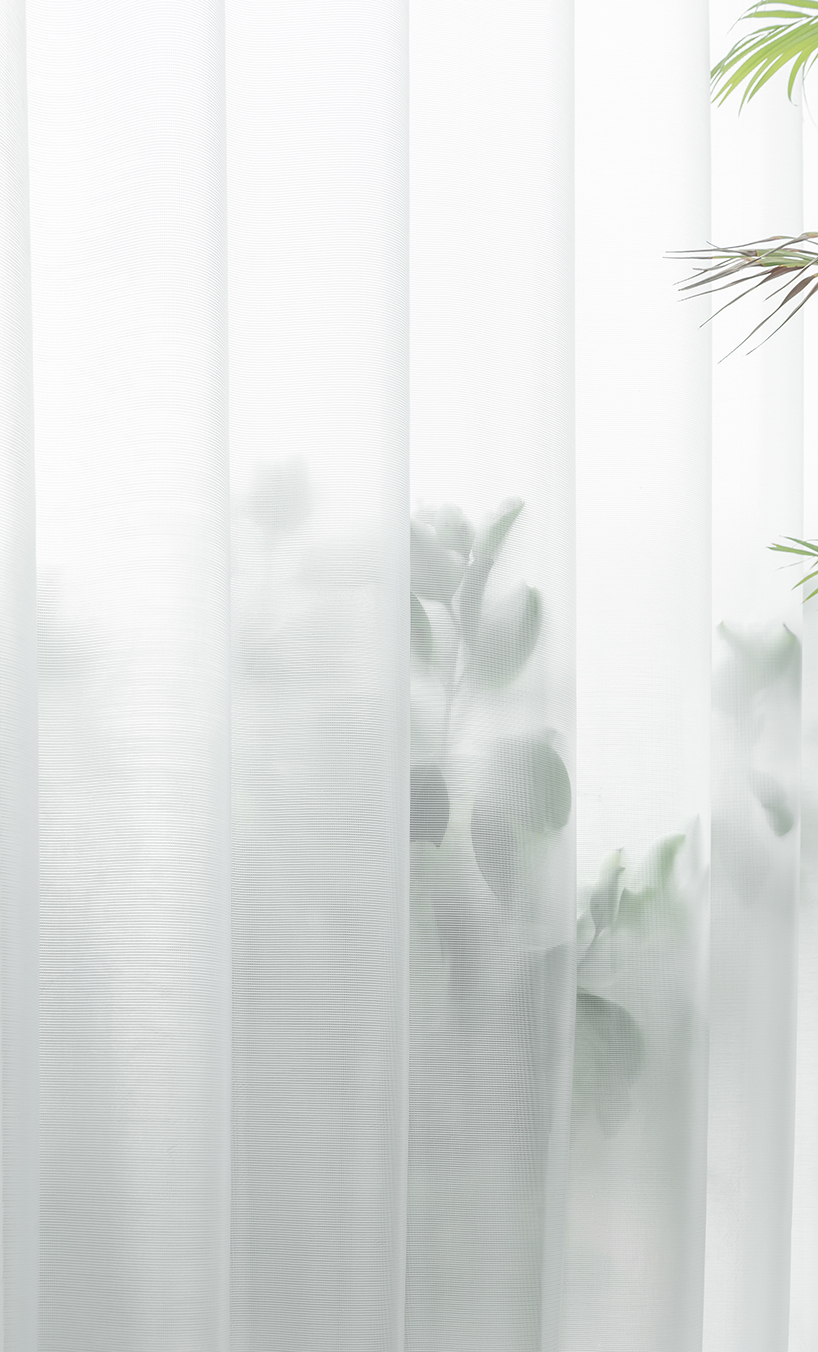 the project was supported by the Creative Agency Economy (CEA) 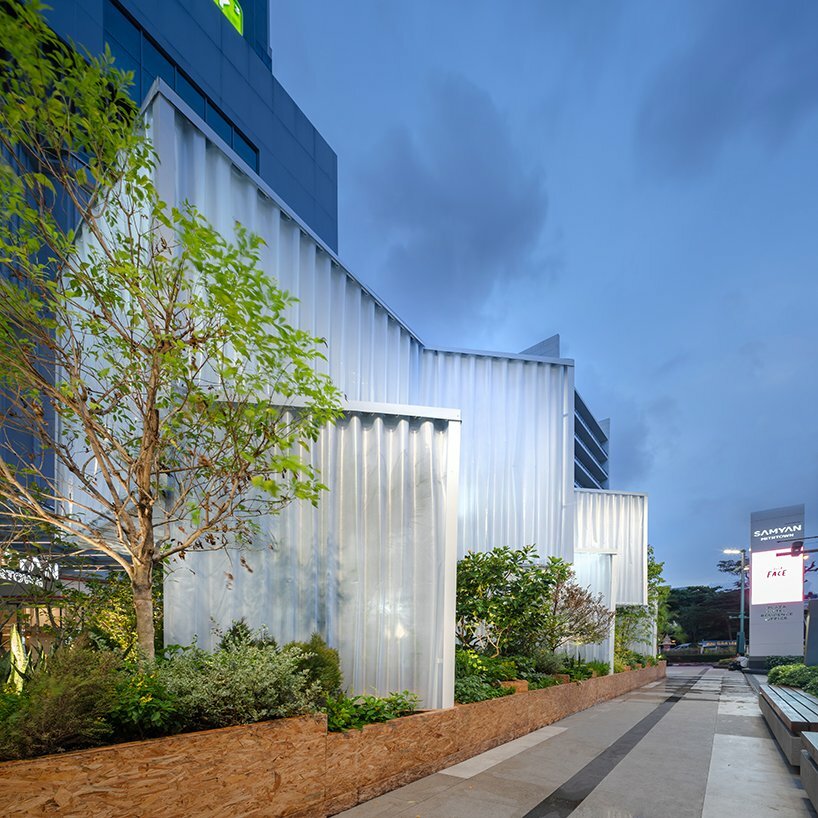 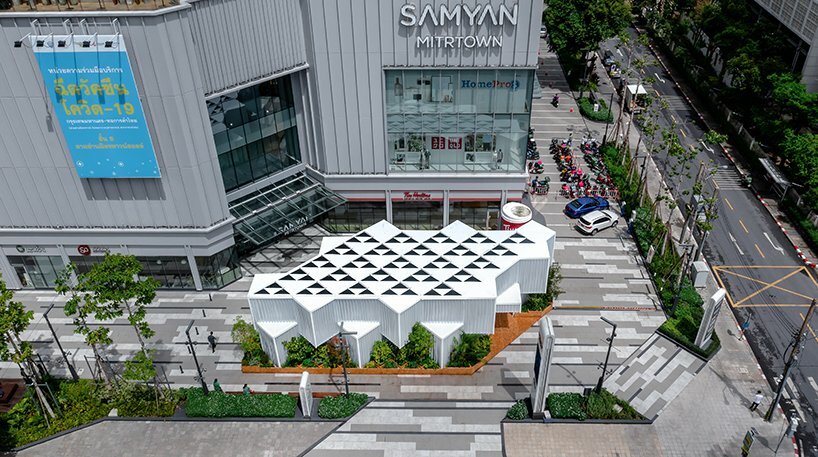 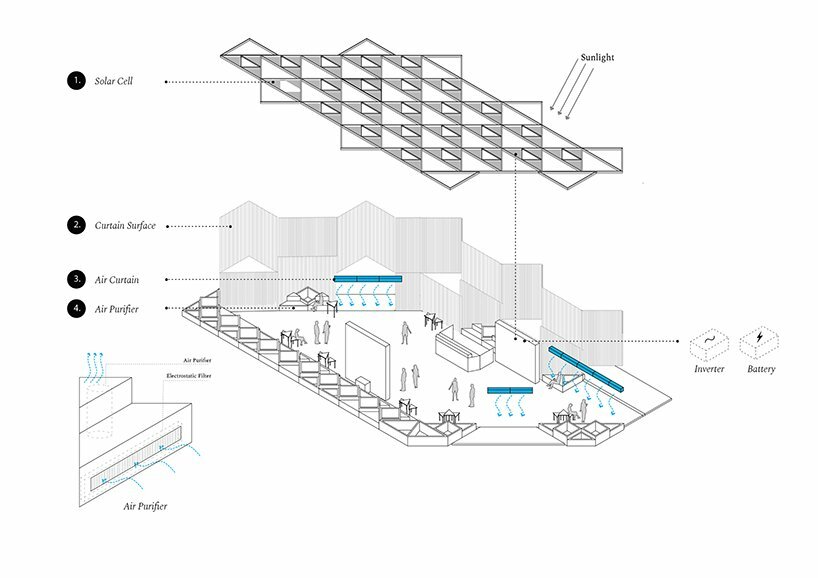 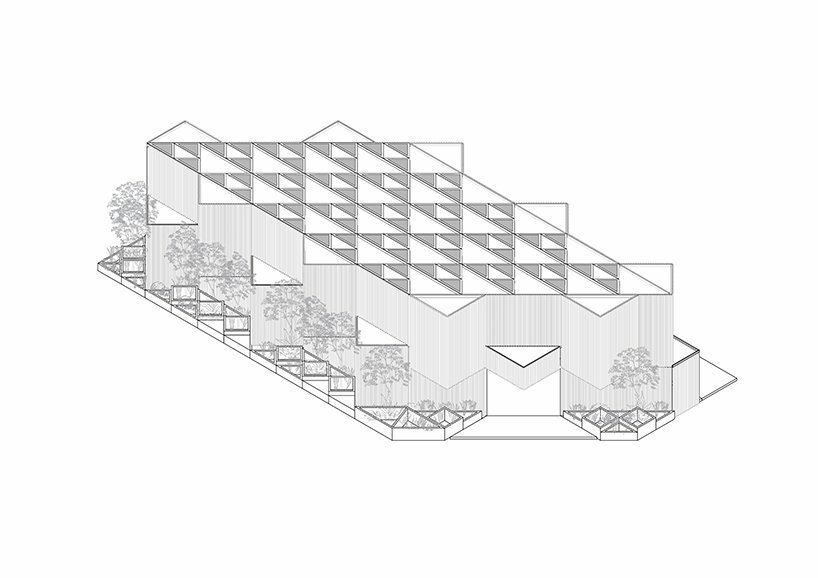 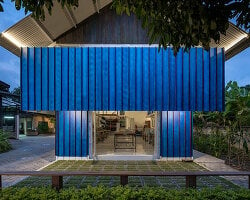 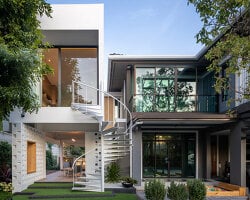 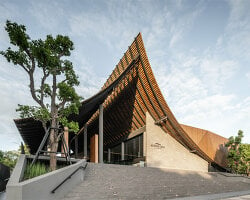 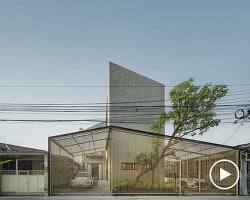