‘cloudscape’ by german climate engineering firm transsolar and japanese firm tetsuo kondo architects explores the poetic nature of clouds with their installation at the 12th international architecture biennale in venice, italy this year. by controlling the microclimate of the space in the arsenale building, a layer of artificial clouds are made to hover above the ground level, remaining in balance above the heads of the viewers. 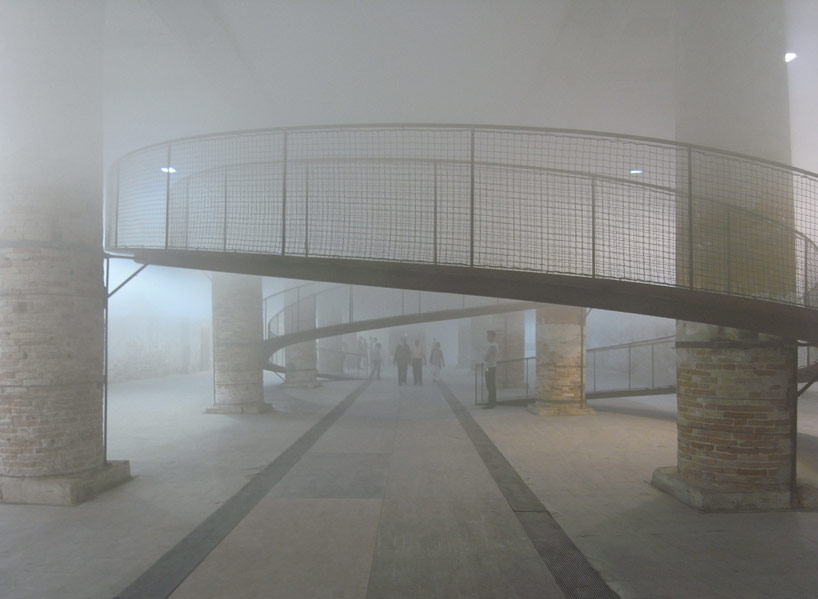 winding ramp structure in the middle of the space image © designboom

to fully experience the immaterial lightness of clouds, a winding system of ramps is situated in the middle of the room, allowing the viewers to feel and touch the clouds by physically entering it, walking over it, and back down again. this meandering pathway aims to show all three layers of distinct climates in the room: on the ground level, the air is cool and dry, while half way up the ramps among the clouds, the air is warm and humid. when you finally come up above the cloud layer, the air is hot but moistureless. by replacing pressure differences and temperature gradients, all instances of the structure offers a unique atmosphere with different qualities of light. 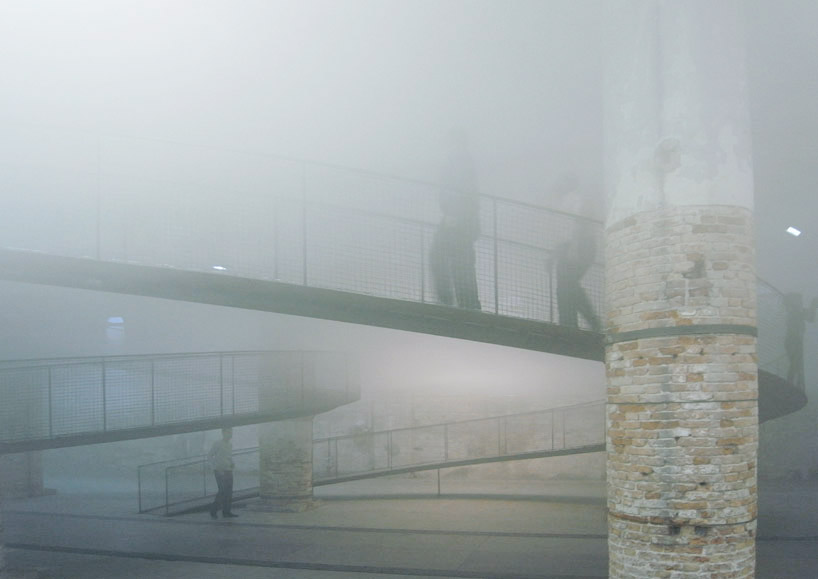 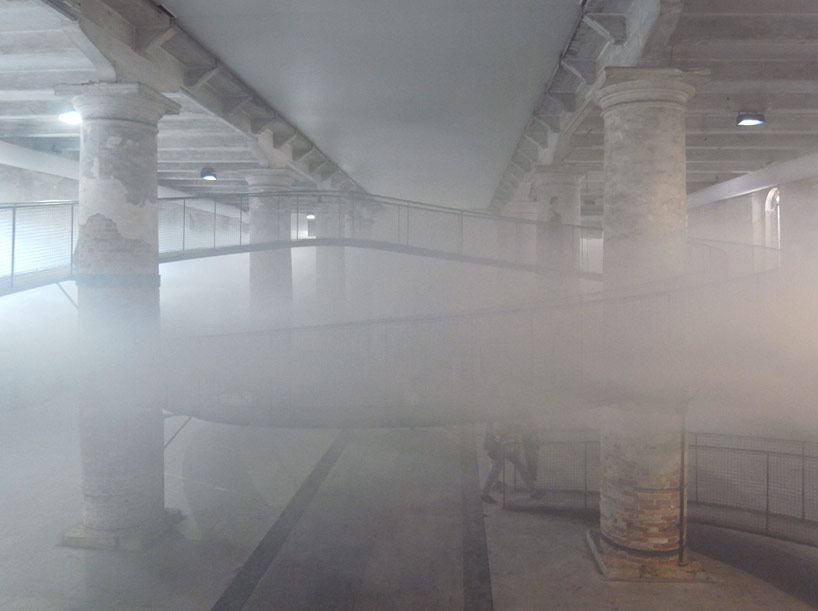 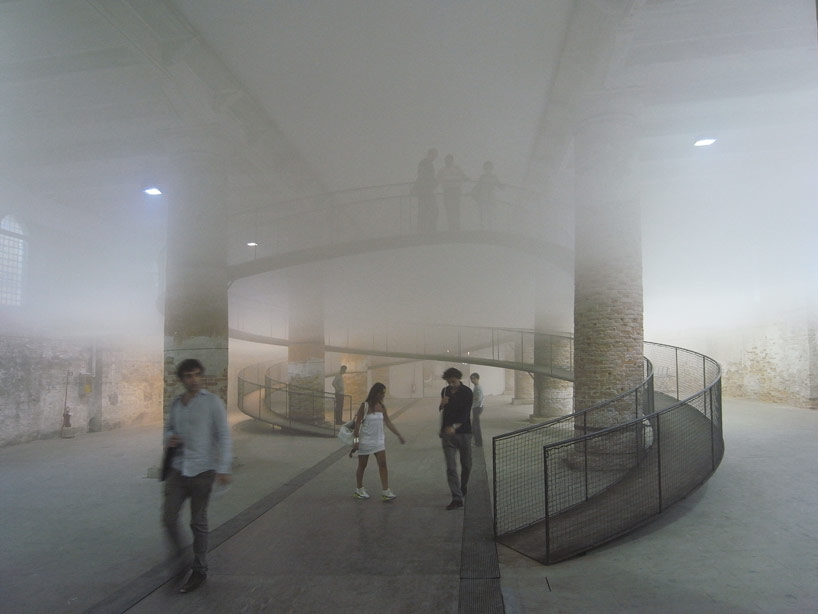 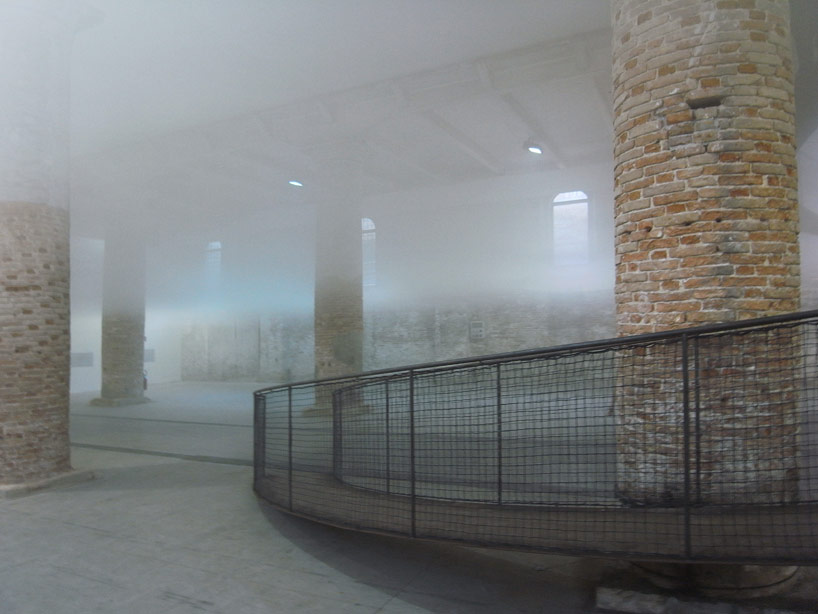 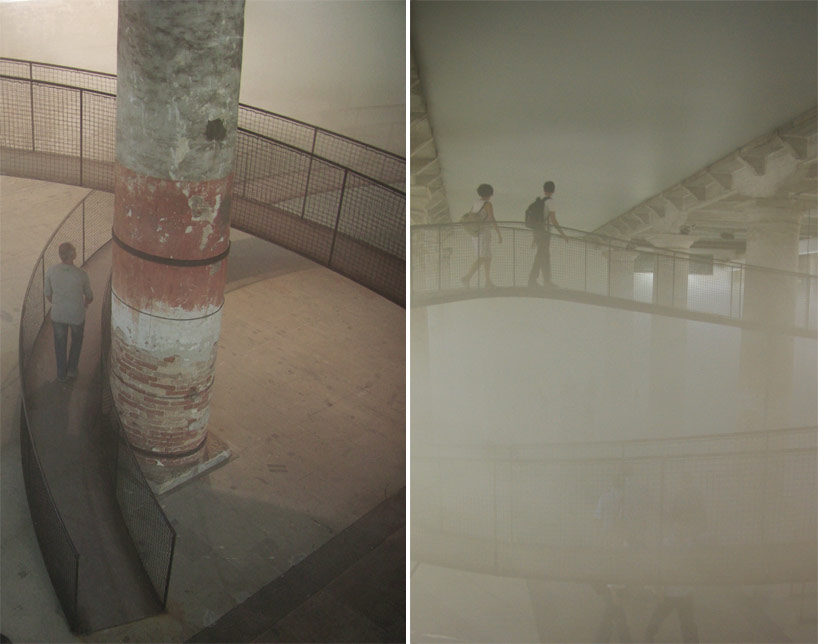 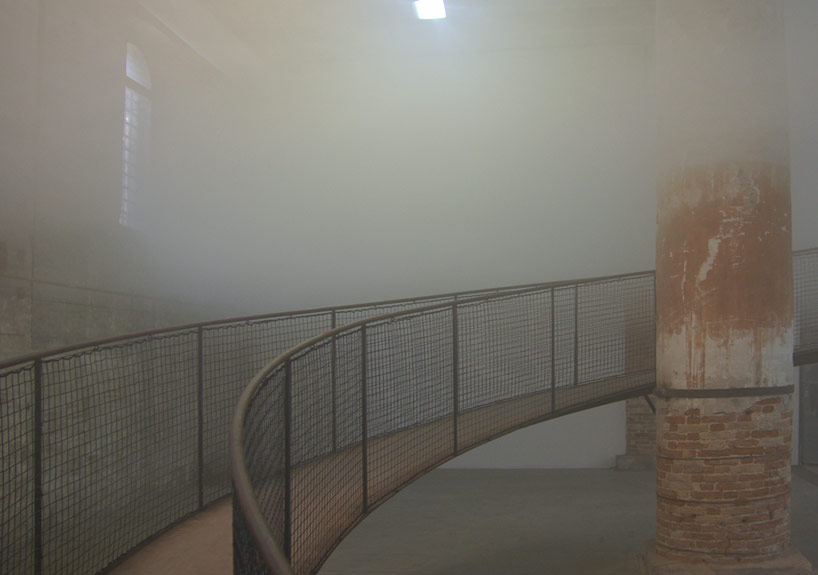 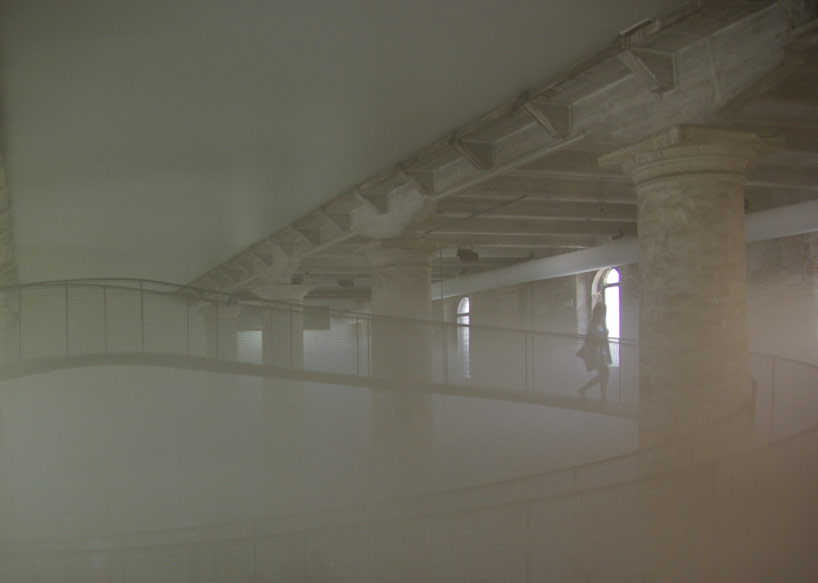 midway up the ramp, in the clouds image © designboom 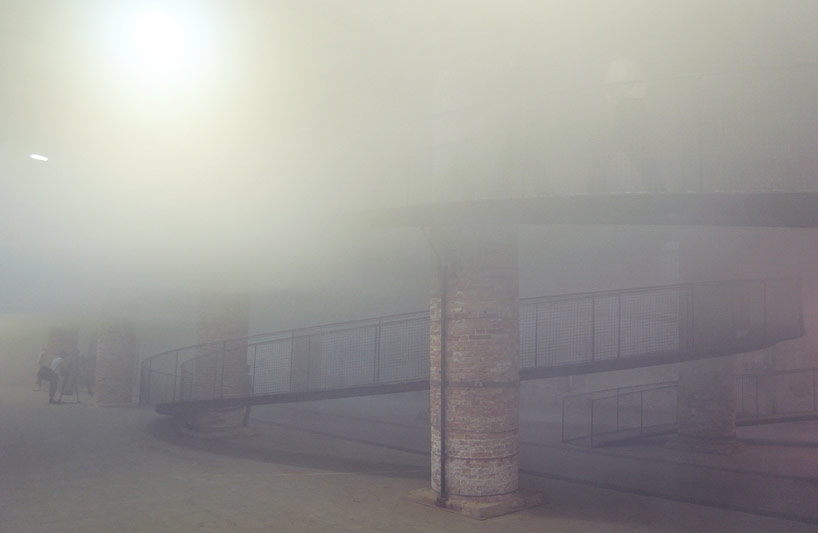 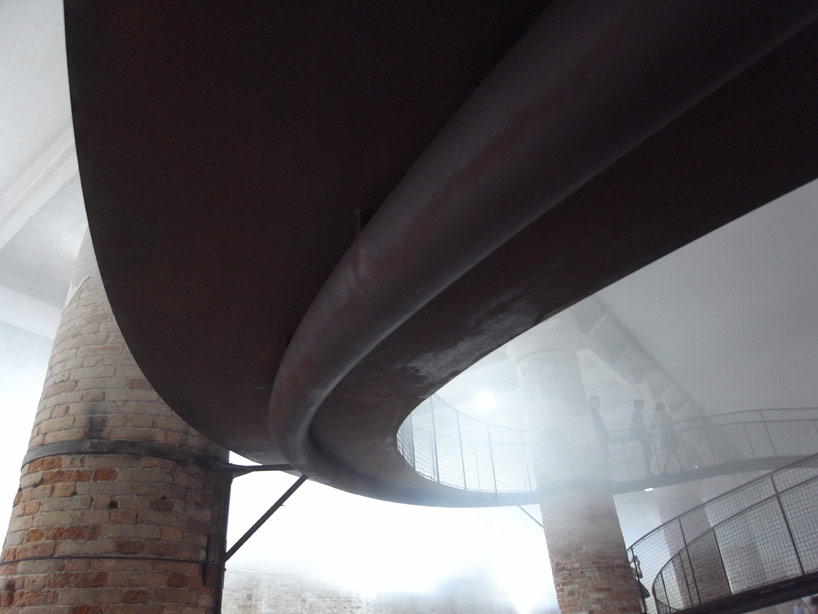 underneath the ramp. the structure rests on the preexisting columns of the arsenale building image © designboom 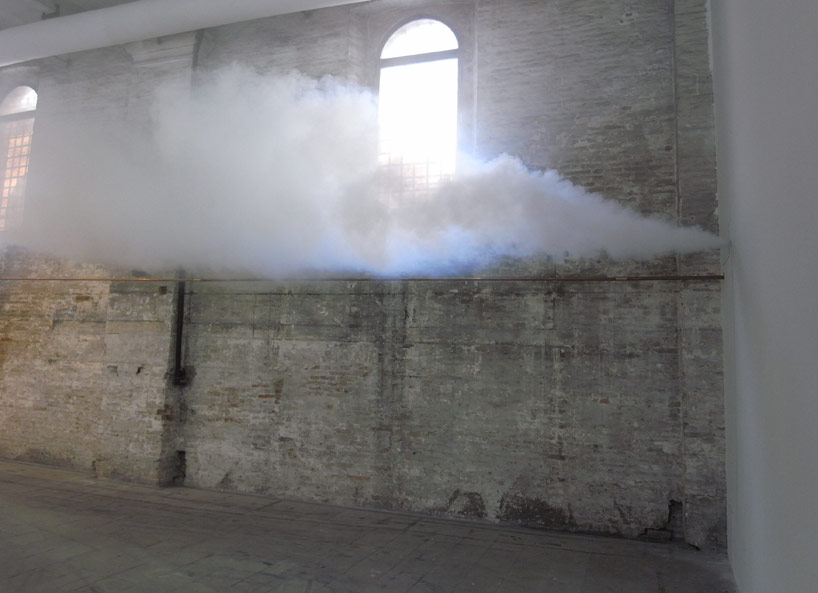 fog spout at the corner of the room image © designboom 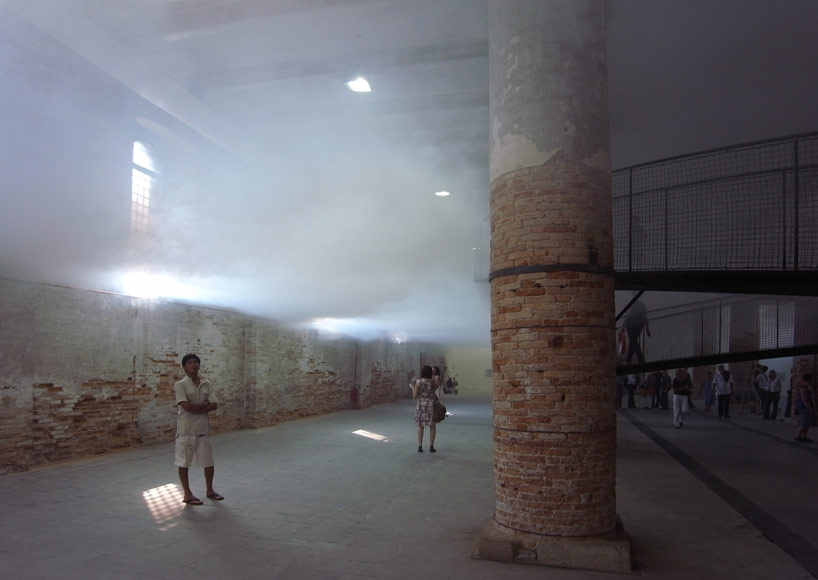 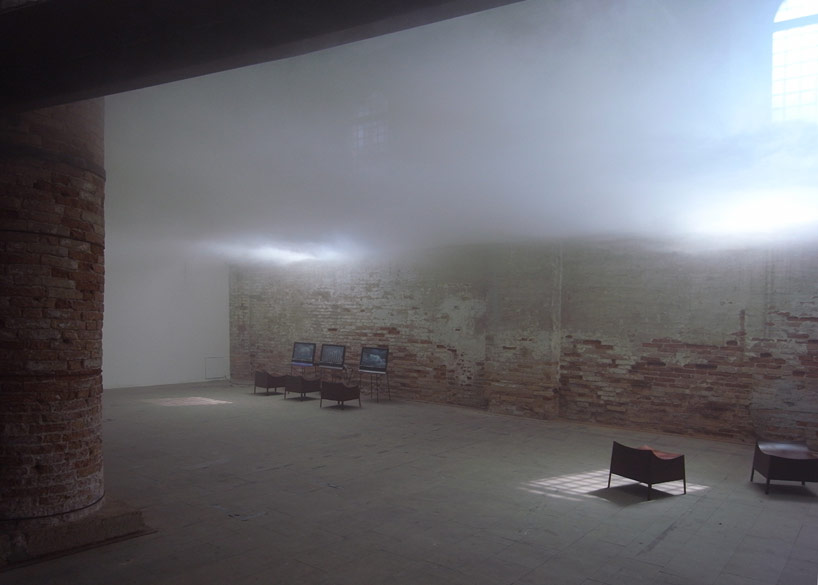 diagram of the three different atmospheres 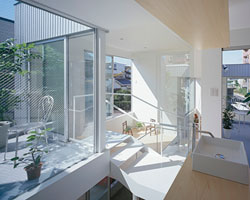