vienna-based practice triendl + fessler architekten sent us images of their completed ‘house for two families’ project. the elongated, south-facing building offers views onto the surrounding meadows and fields. constructed in the center of the plot to allow for a layering of private and semi-private outdoor zones on the north and south of the dwelling. the structure consists of a carport with two areas for storage, and a workshop that forms a spatial barrier to the street, concealing the courtyard and circular pergola. this introverted exterior acts as a buffer between the two residential spaces.

the interior of the two dwellings follow a similar program but vary in dimensions. in both volumes, the living and dining are located on the ground floor and consist of an open plan which spans the entire depth of the property. service rooms, kitchen and stairs are positioned centrally. the bedrooms are on the upper level with floor-to-ceiling glazing, while cuts into the mass provide refuge for the families. the middle space serves as a common room with sauna to unify the elements and to maintain a distance between the neighbors. 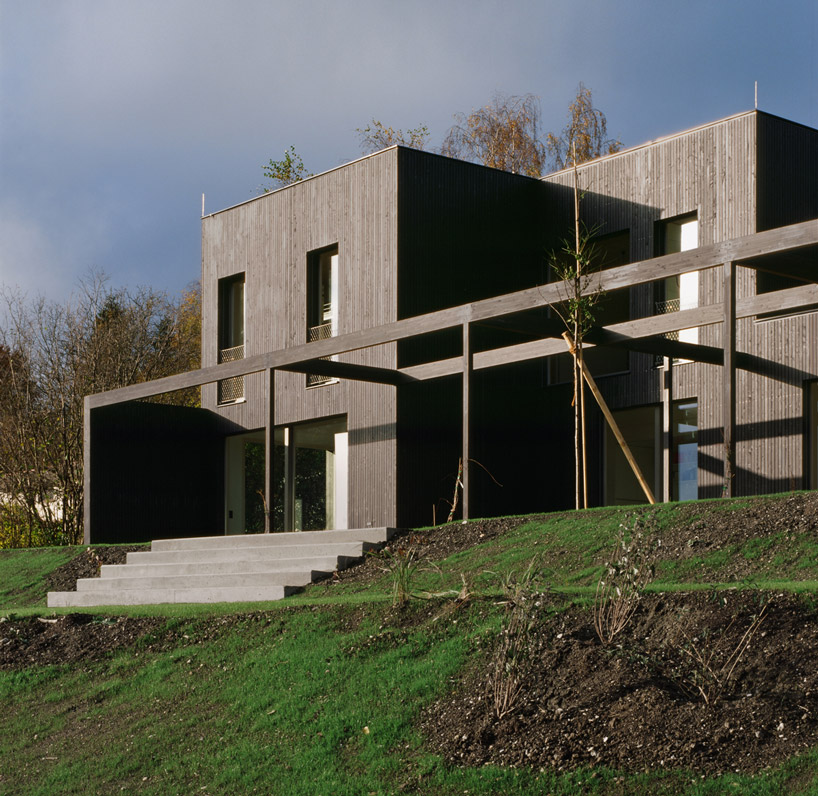 the structure is constructed from prefabricated panels and solid wood elements. the surfaces of the walls and ceiling are glazed in white to create a contrast against the smooth, industrial flooring. the black stain of the facade forms a restrained backdrop with a sun filled terrace which wraps around the entire width of the building. 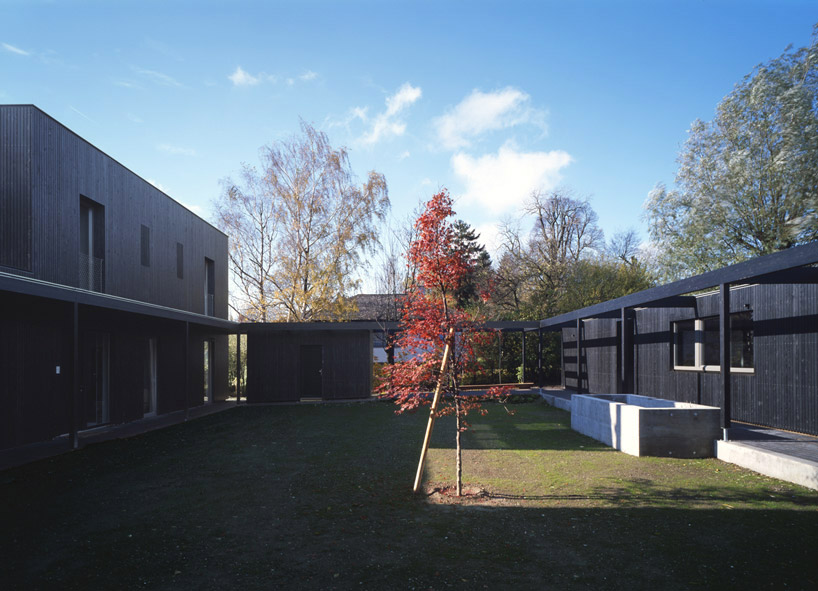 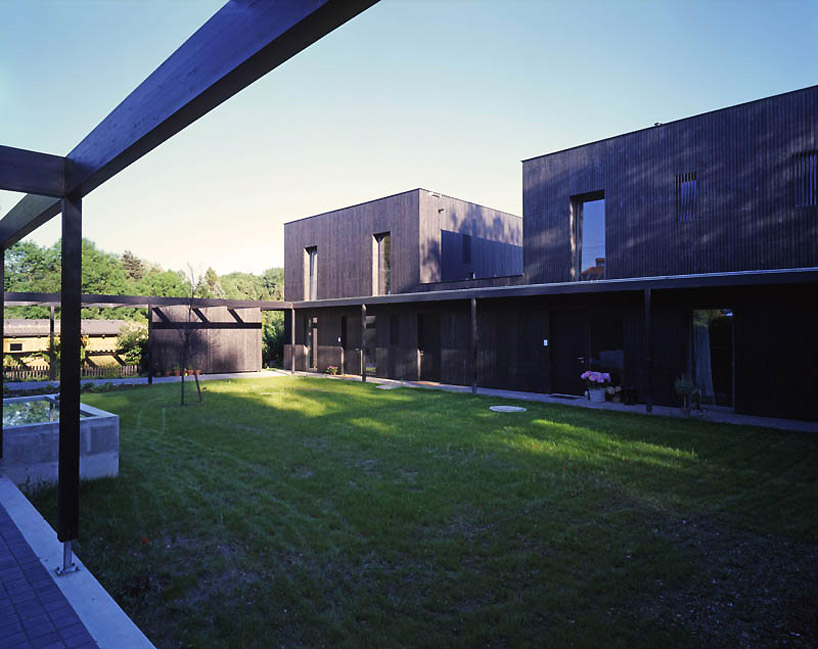 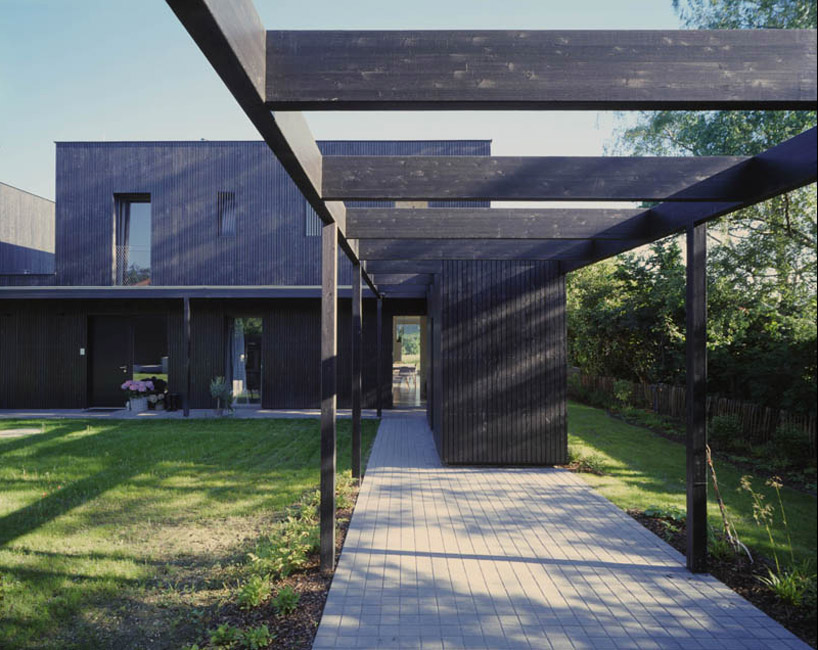 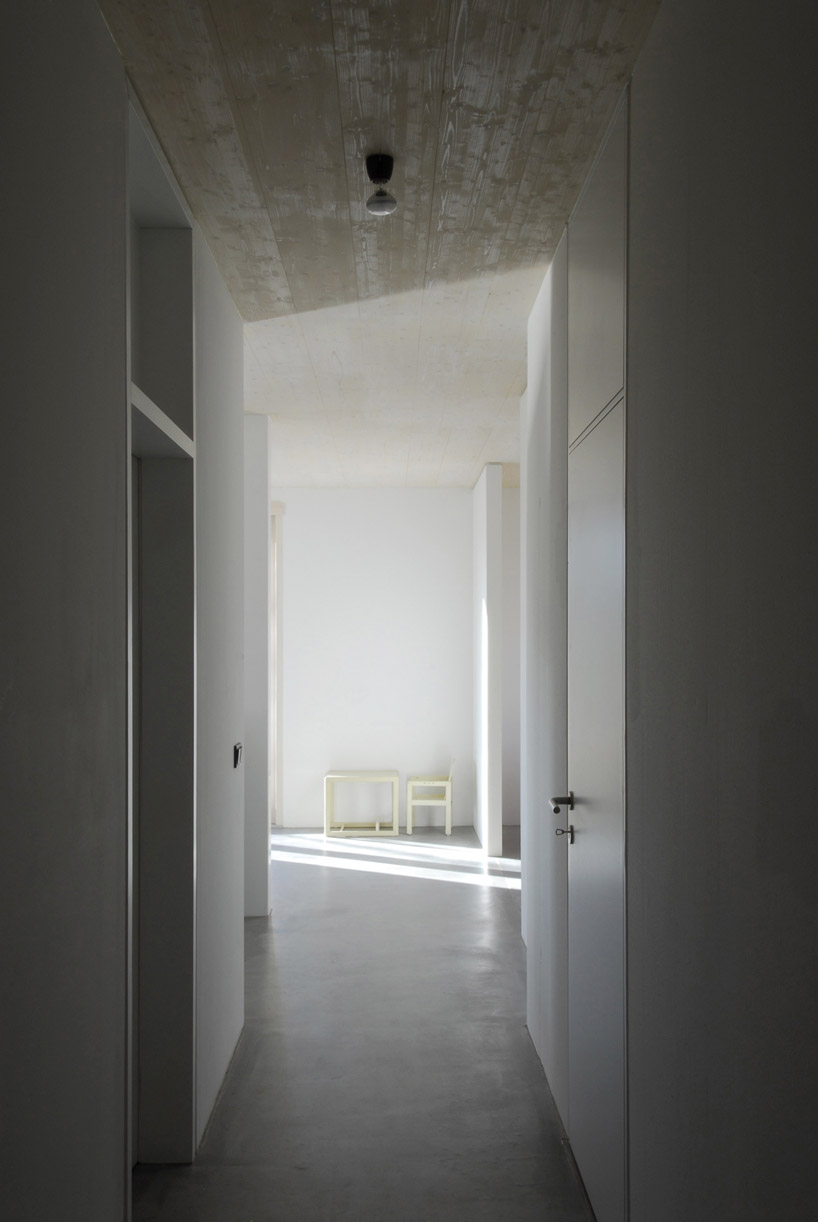 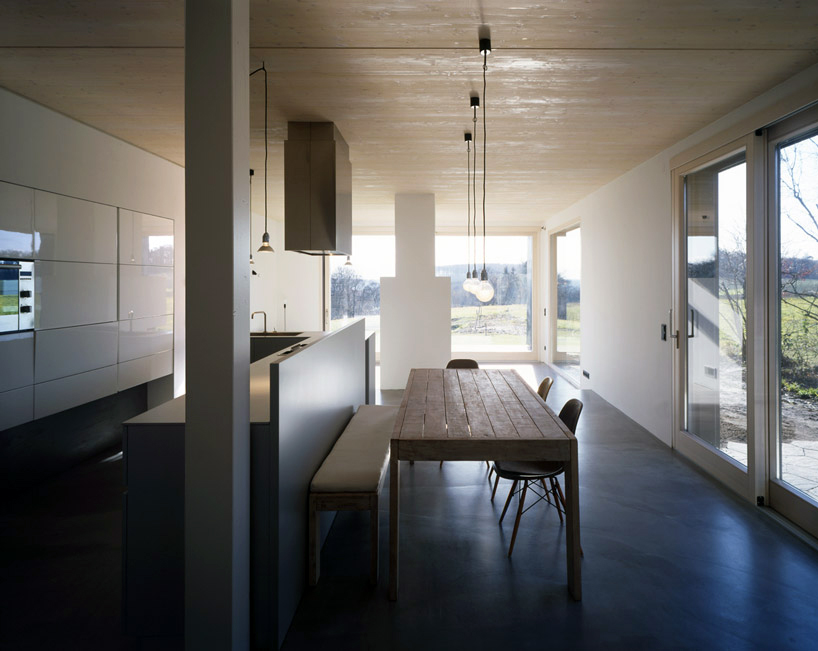 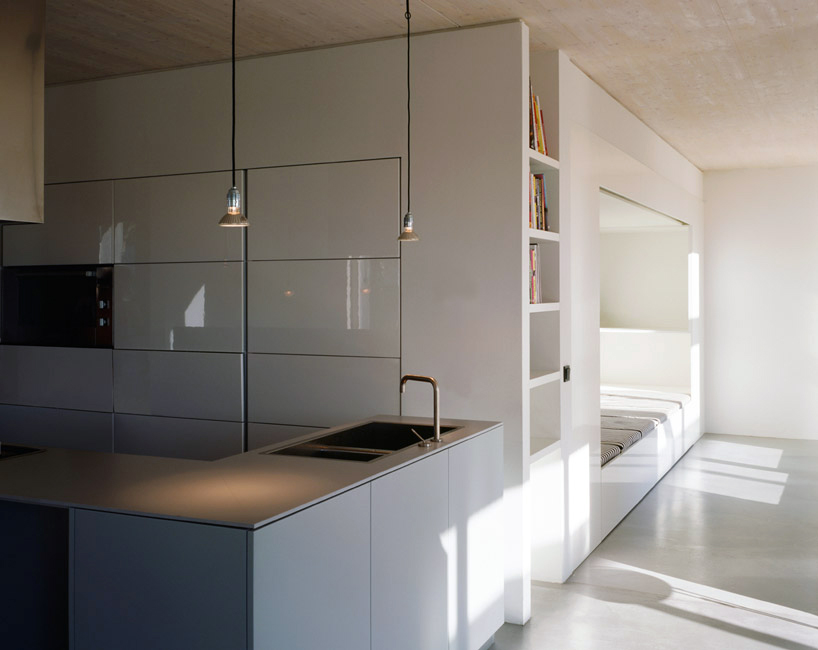 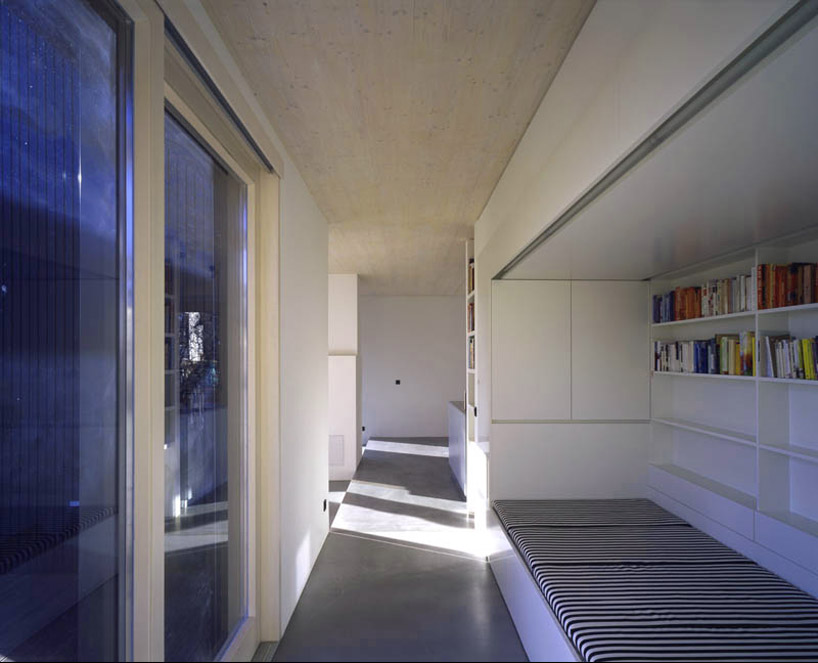 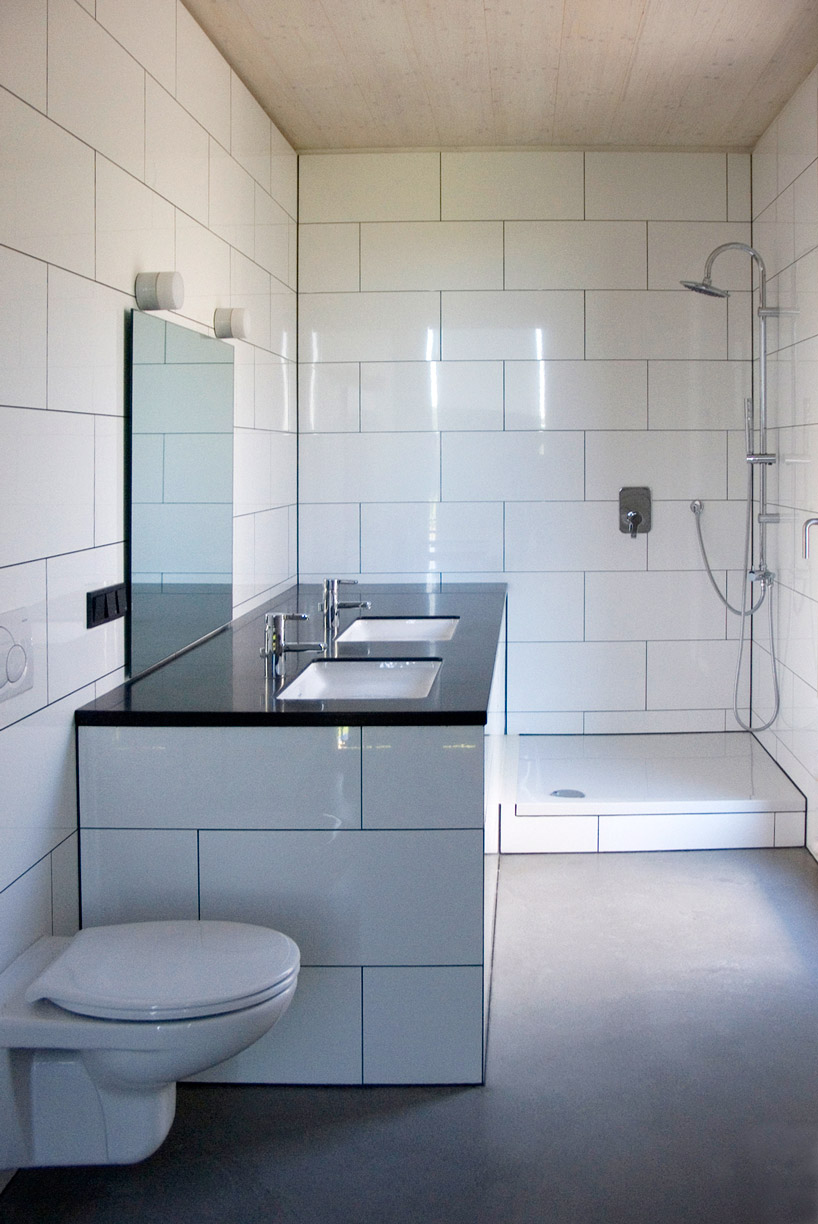 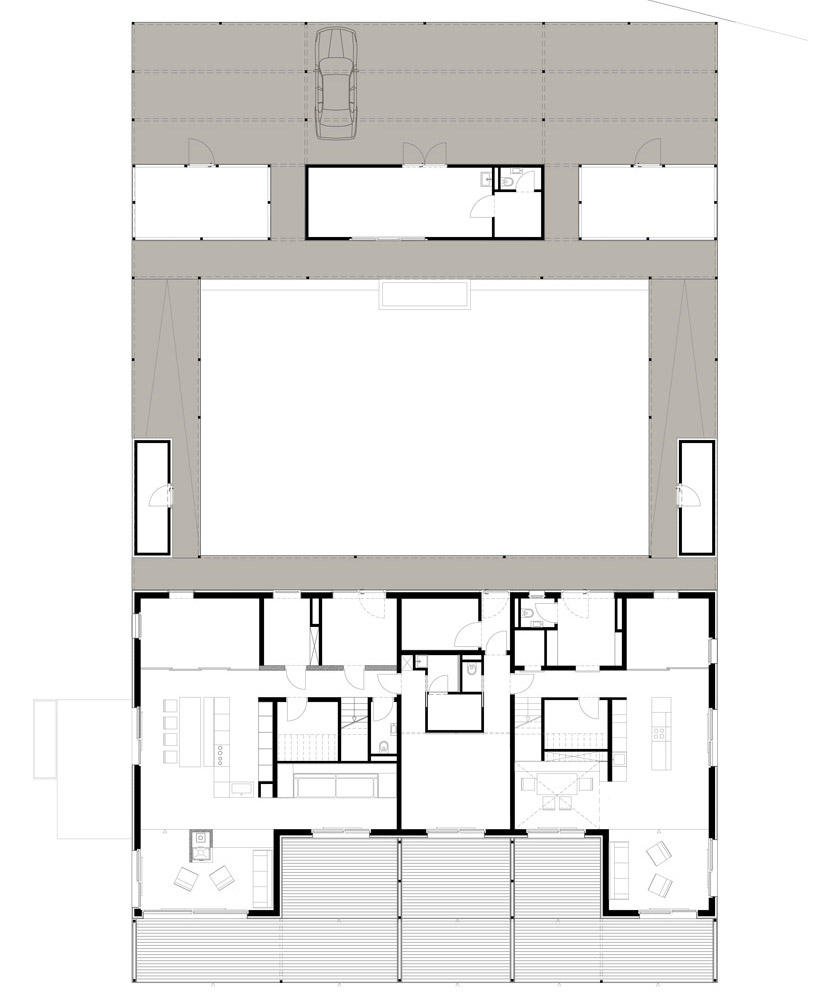 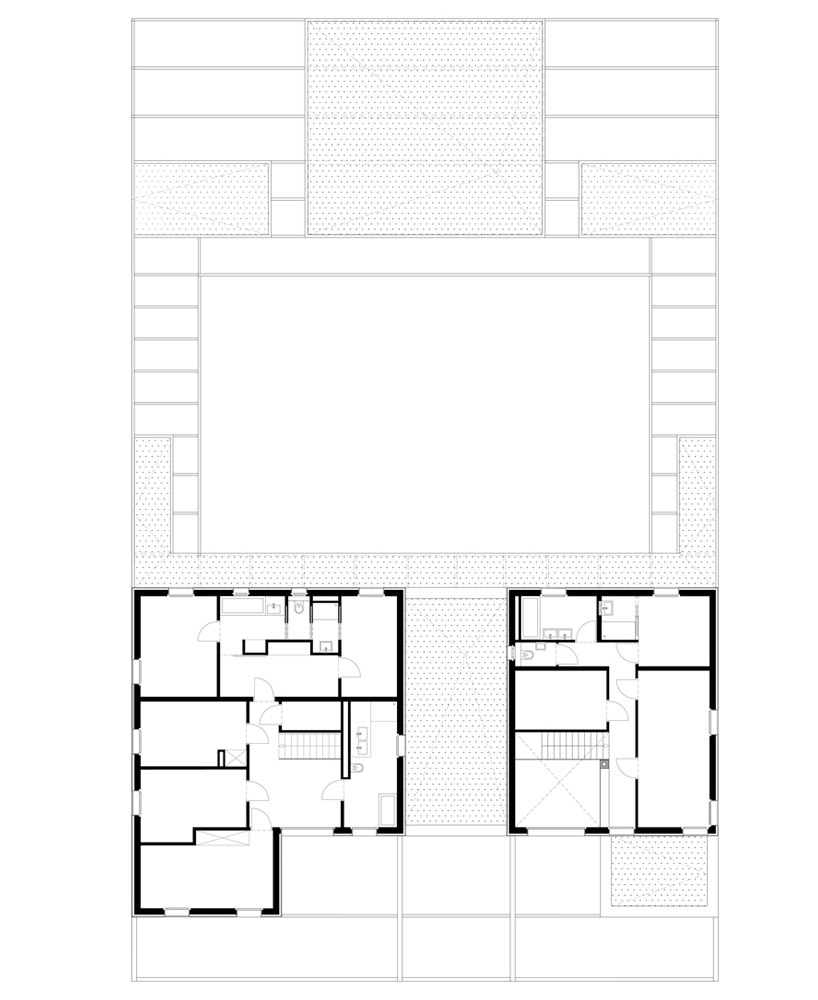 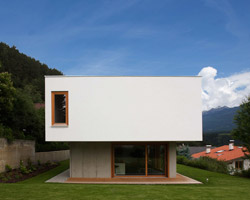