brazilian and french firm triptyque architecture has proposed a masterplan consisting of four mixed-used tower that in total will facilitate 400 apartments, a hotel, offices and retail programs. 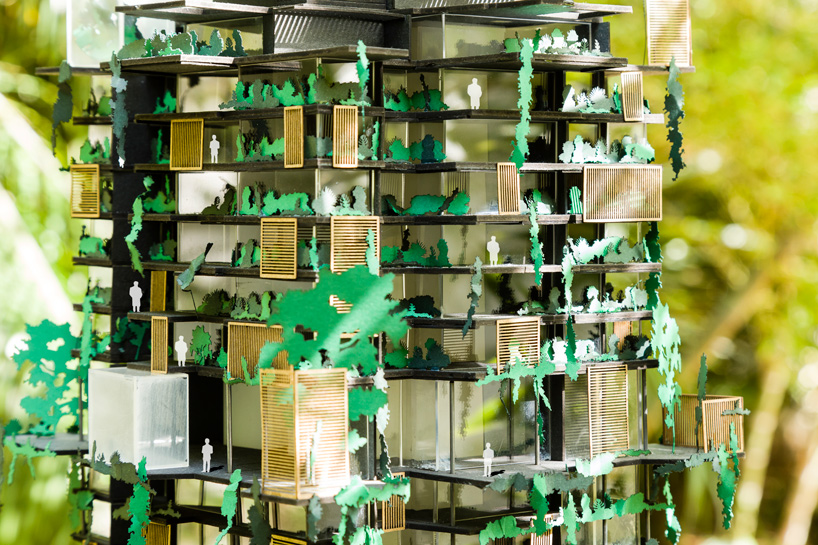 to be based in a large university campus in the the city of são paulo, triptyque and two other french agencies: pca and edouard françois have collaborated to create the series of green-filled tropical towers. illustrated as a scale model, the tropical tower will feature a mixed program (lofts and hotels) connected to the 23rd floors by a gateway with 200 apartments. the design is defined by its non-linearity and ultimately, is inhabited by continuous vegetation extending over 150 meters in height. 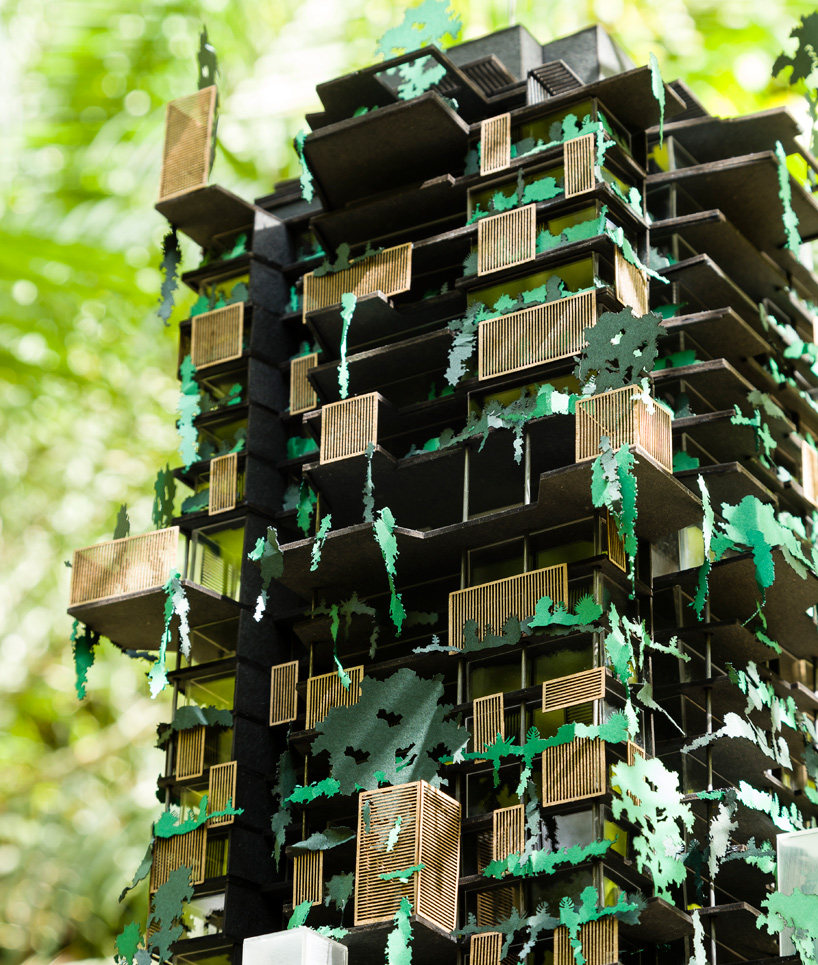 each floor provides access to the plants, where the terraces, will support trees or even greenhouses, some of which will be used for vegetable growing. the architecture of the tropical tower is expressive, the black and horizontal concrete slabs frame the full height glass to provide transparency and views for the inhabitants. furthermore, the tower will be installed with movable brise-soleil arranged on the most exposed façade; this mobility creates a vibration and purposely interrupts the order of the organic architecture. 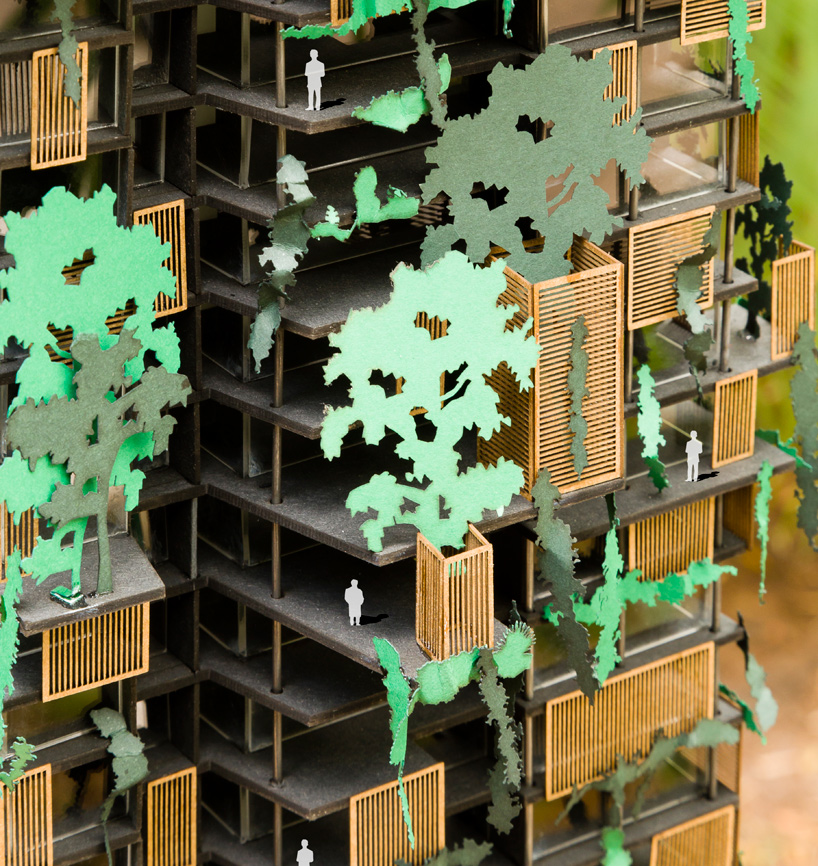 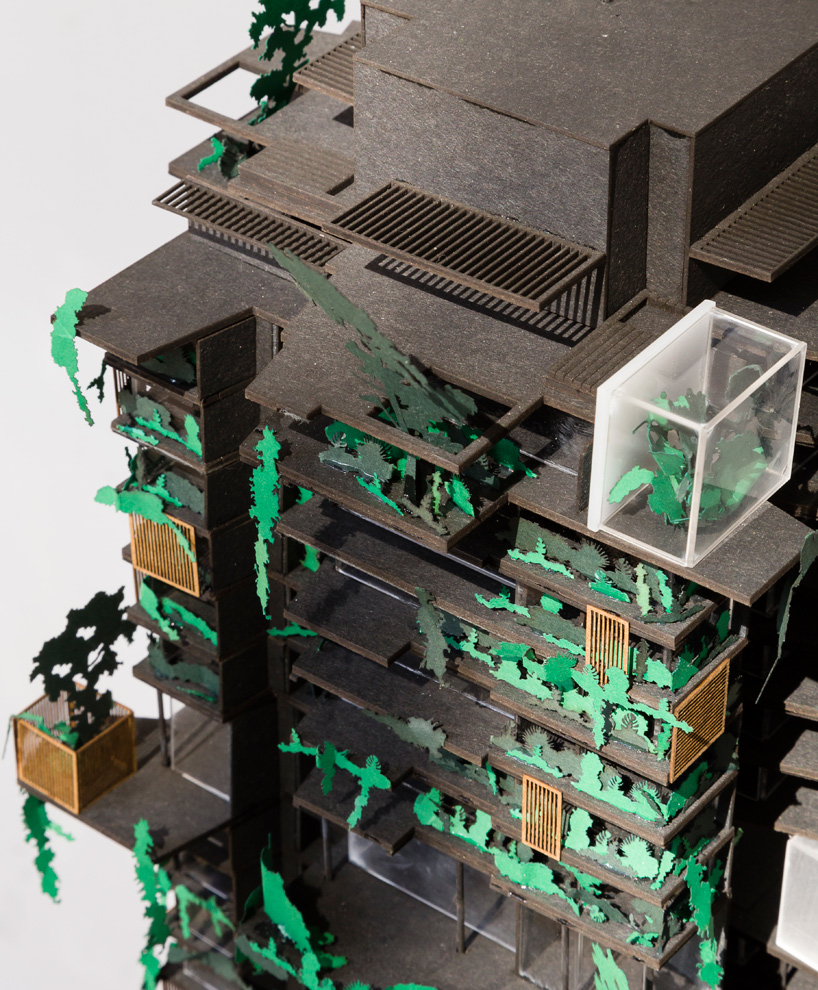 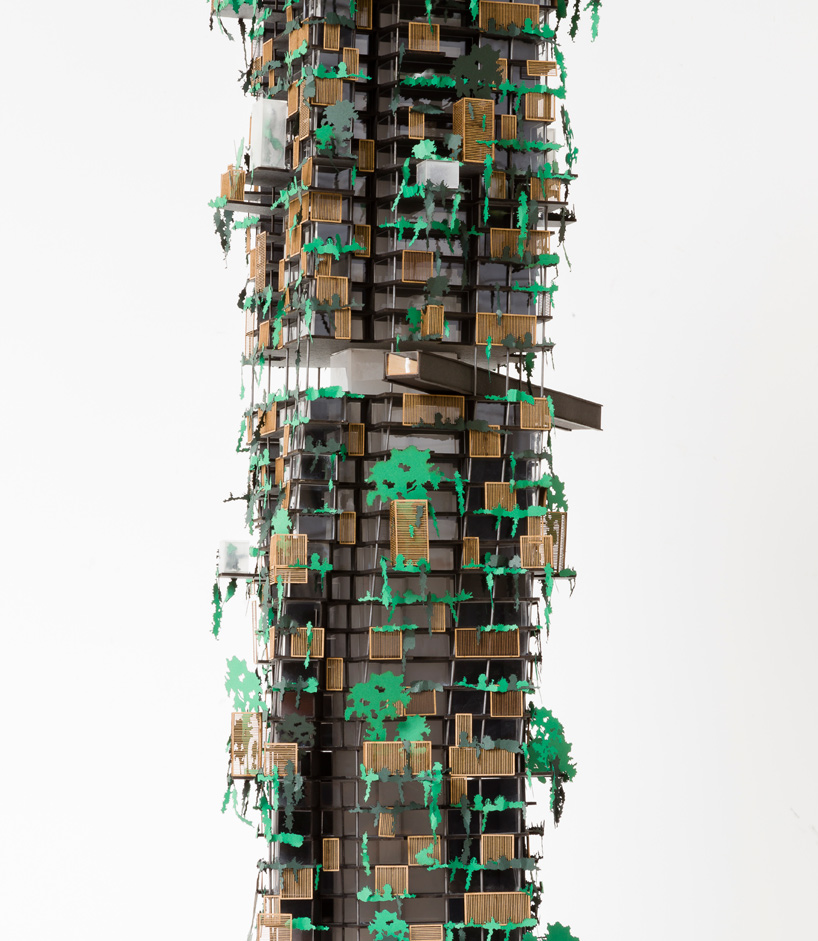 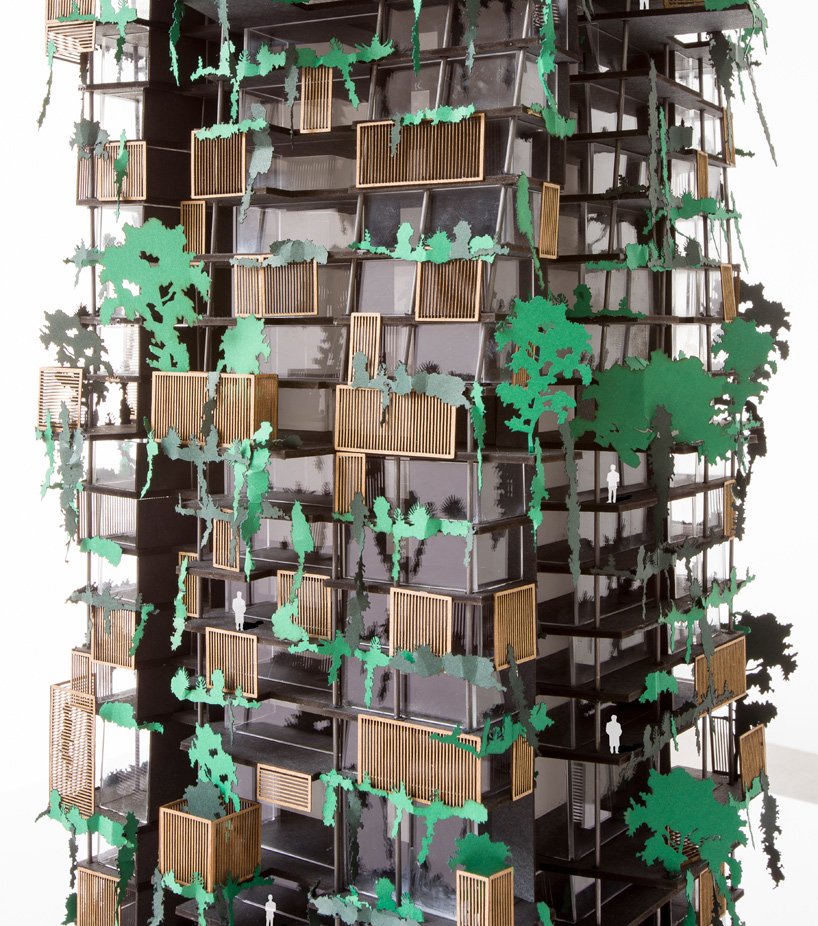 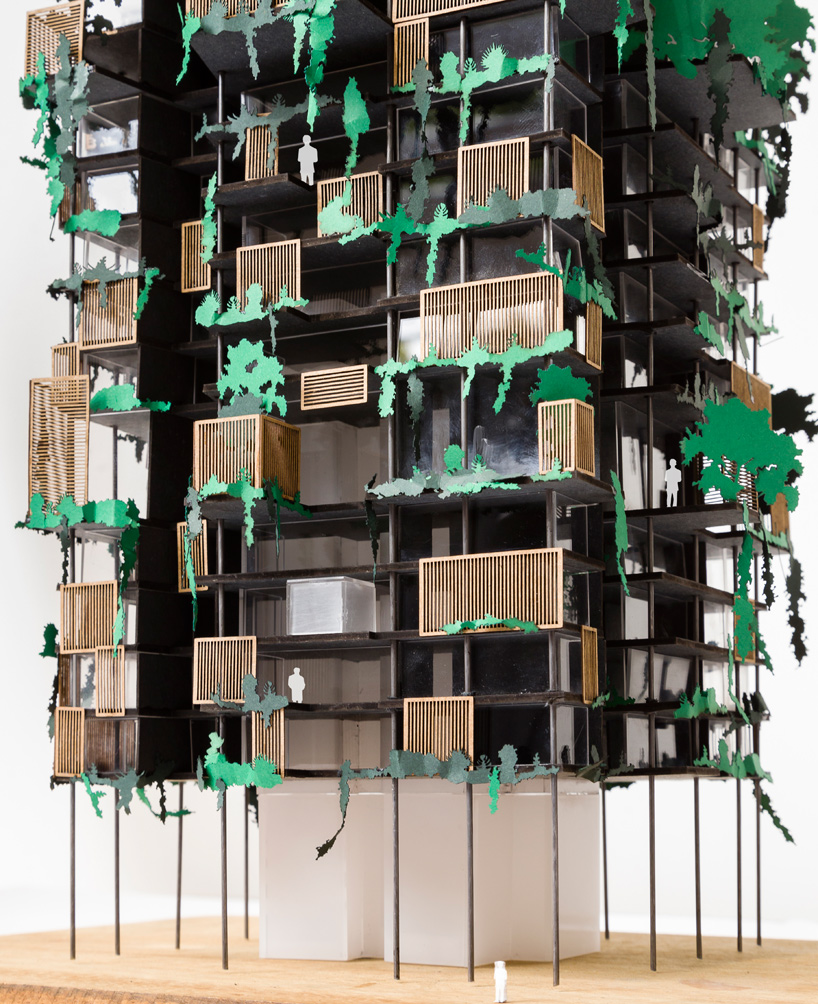