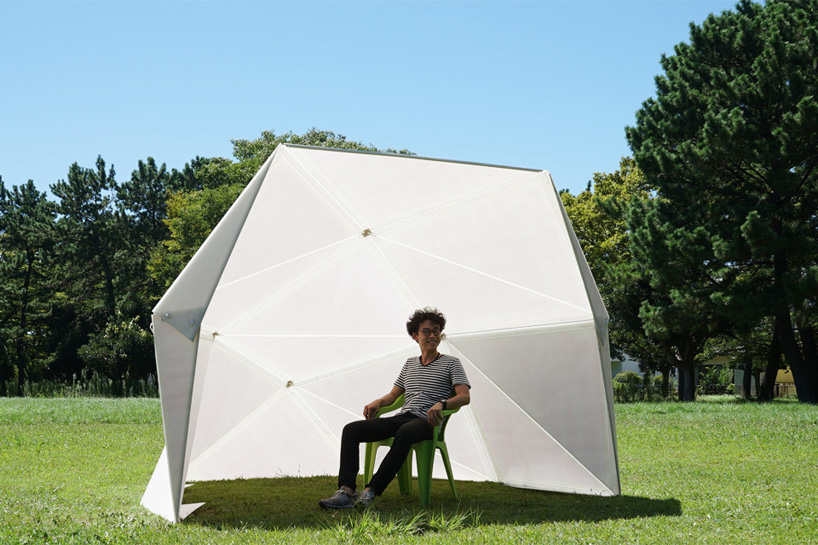 shaped like japanese origami, the foldable half dome by tokyo-based studio tsukagoshi miyashita sekkei  is a human scaled structure designed for outdoor events and emergency situations. nowadays, in preparation for a powerful earthquake predicted to occur in the near future in tokyo, there is a strong demand for proposals about personal shelters that provide a suitable space during disasters. on the other hand, it should also be adaptable for daily use during outdoor occasions. 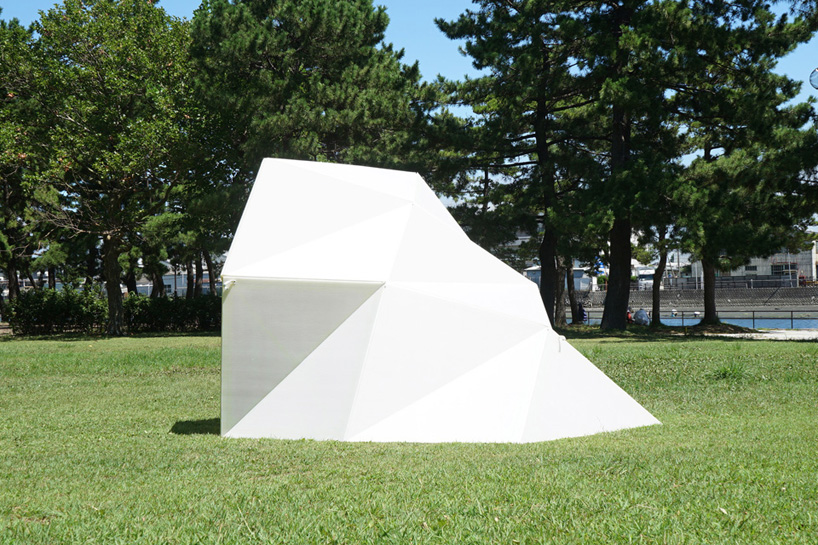 back view: the dome is designed like a japanese origami with collapsible features

based on the proposed concept, tsukagoshi miyashita sekkei has created an inviting and collapsible structure that allow light to filter through — giving it a focal character that attracts people in via its half-open front façade. most importantly, it can be easily set up on the occasion of emergencies or events, and can immediately be flattened when no longer needed. 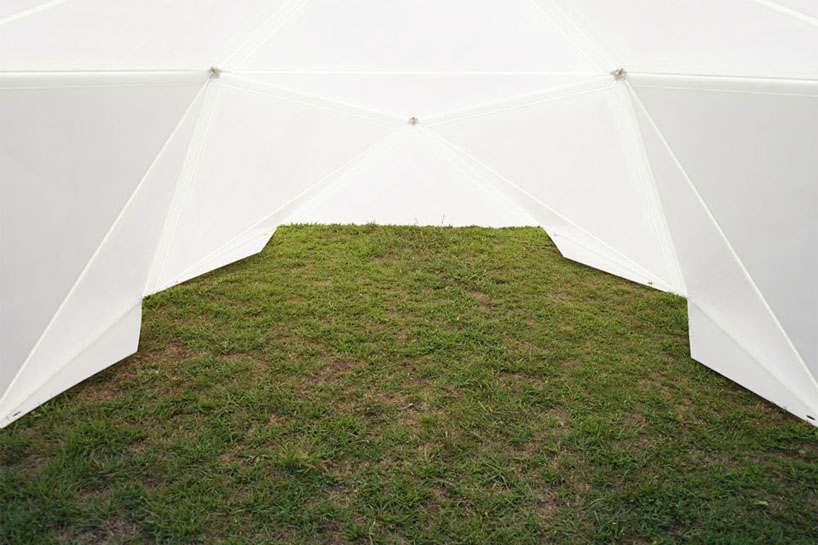 interior: the use of translucent boards allows natural daylight to filter through

the half dome is constructed with pieces of lightweight yet sturdy resin boards, shaping it into folded plates that are fixed together by bolts and pegs. grooves incised in a regular pattern by heat make each part of the board foldable in one way. this allows users to erect the 2.5 meters high half dome just by pulling up its central part. the proposed design weighs 25kg, and when flattened, it occupies an area of 1.2 square meters only — making it portable by hand. 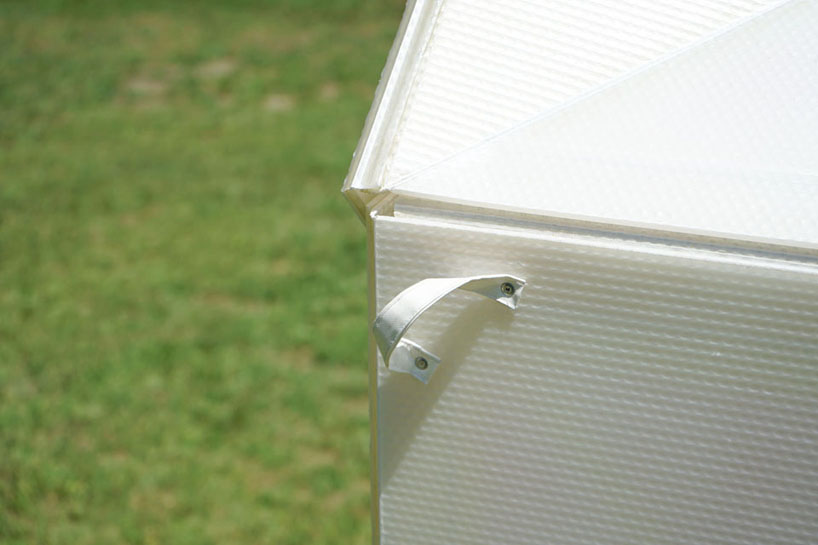 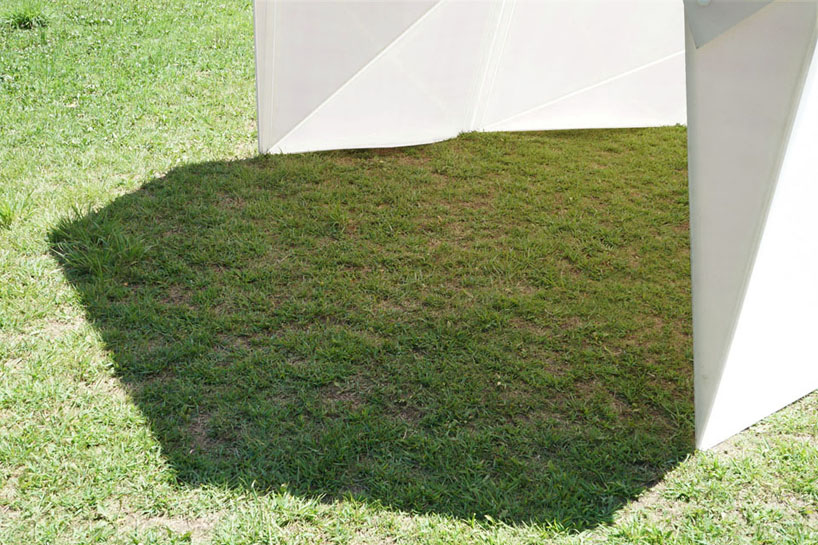 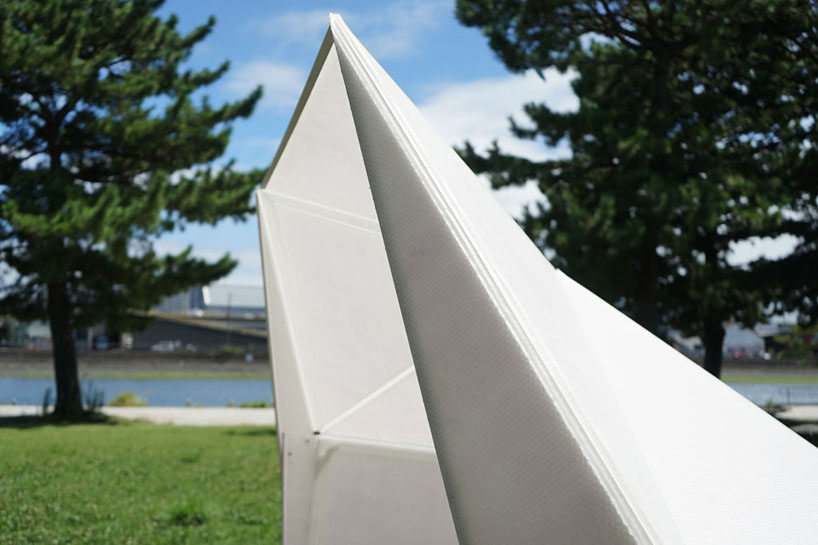 the design is made of lightweight yet highly sturdy resin boards, creating folded plates 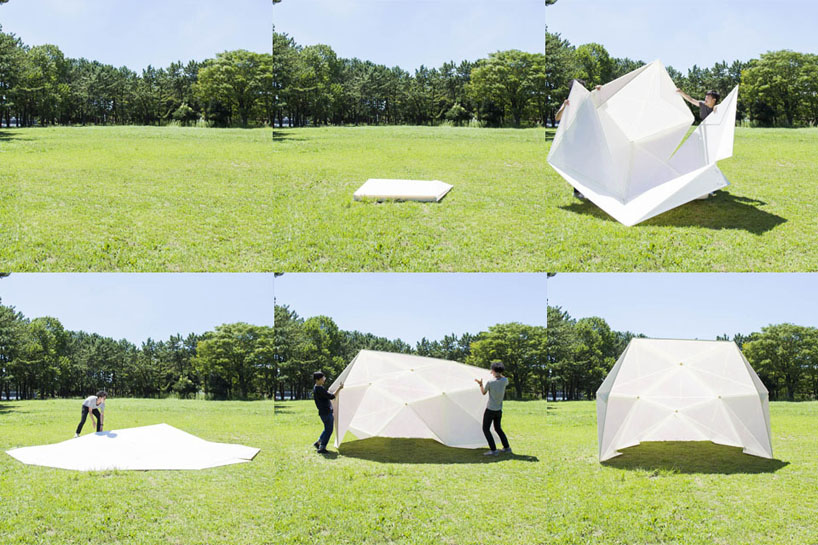 the way to assemble: the 2.5 meters high dome can bee erected by pulling its centre 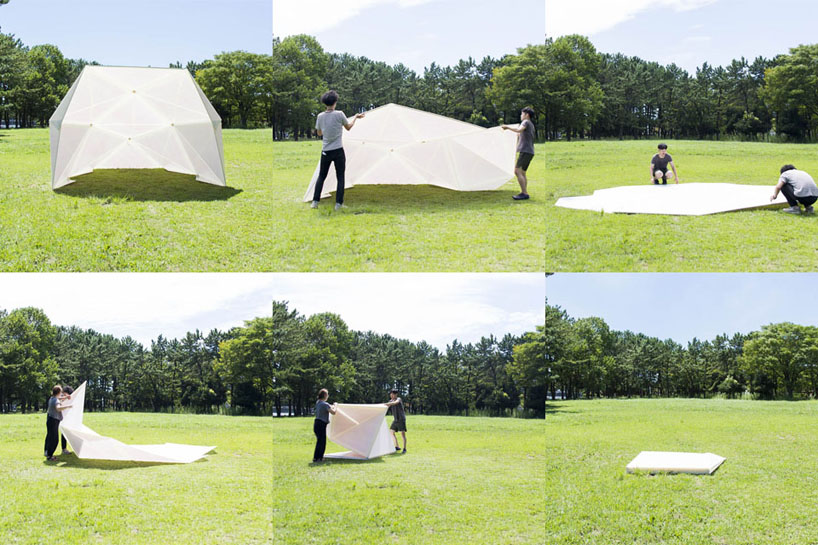 the way to disassemble: like origami, the dome can collapse back to its center 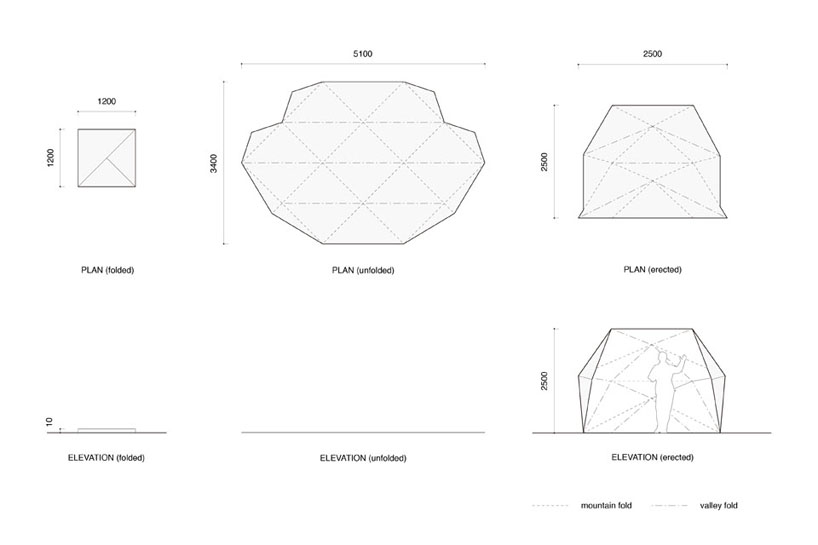 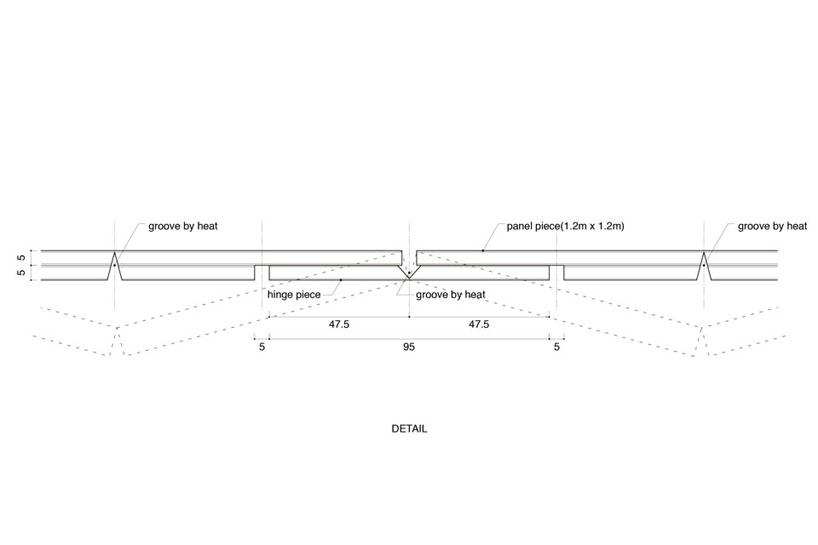 detail of the joint 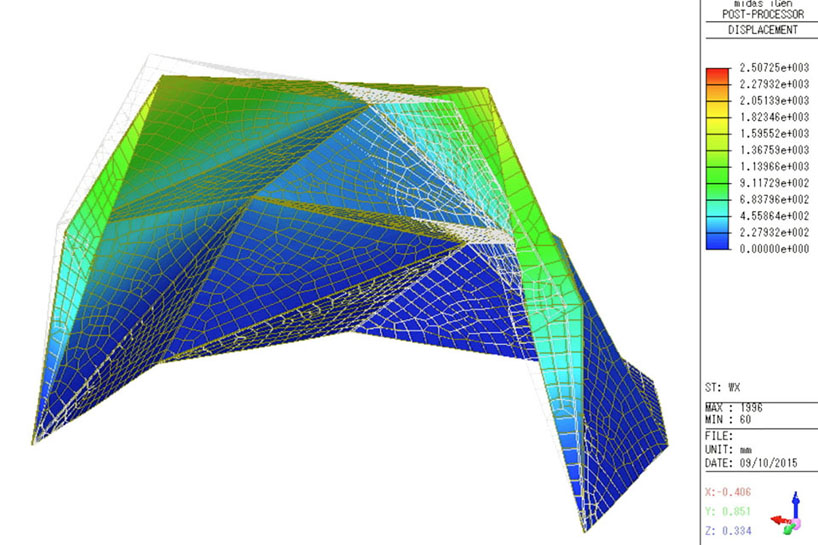 deformation test under 10m/s of wind speed: horizontal deformation is only 10 cm 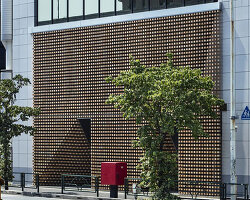