to provide a visual extension of the street, makiko tsukada architects has created the ‘tunnel house’, in tokyo japan. the exterior and interior are connected by a large carved-out section in the volume that is designed perpendicular to the road along which the building is situated. the tunnel-like configuration activates both ‘uchi’ (in the tunnel) and ‘soto’ (out of the tunnel) spaces as the home divided and linked by the gaping convex form. on the open side of the quarter cylinder, the façade is enclosed by glass. the ‘uchi’ comprises two rectangular areas that contain a bedroom and a bathroom. although hidden inside a concrete and steel structure, the bedroom embodies a lightness with an open ceiling and screen partitions. from the bedroom box above, the residents can view the top of the concrete shell. 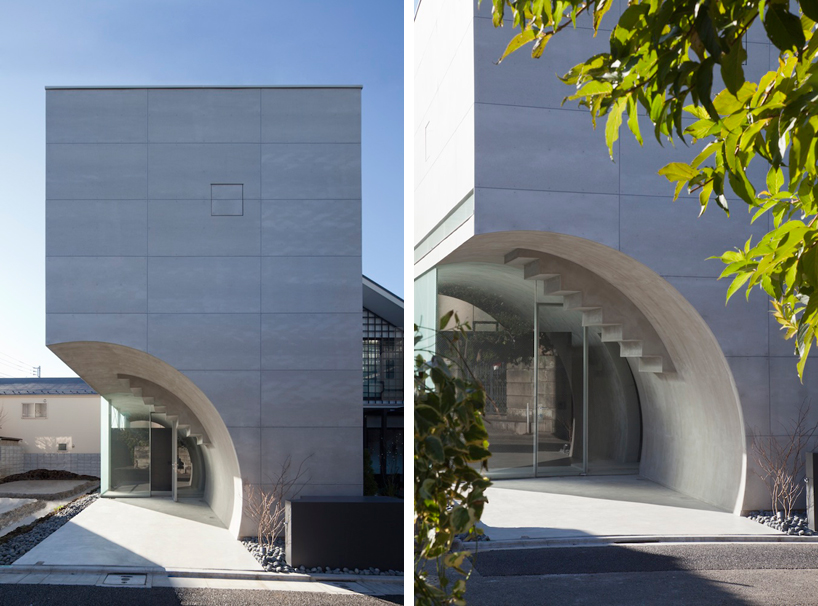 the exterior of the dwelling showcasing the carved volume 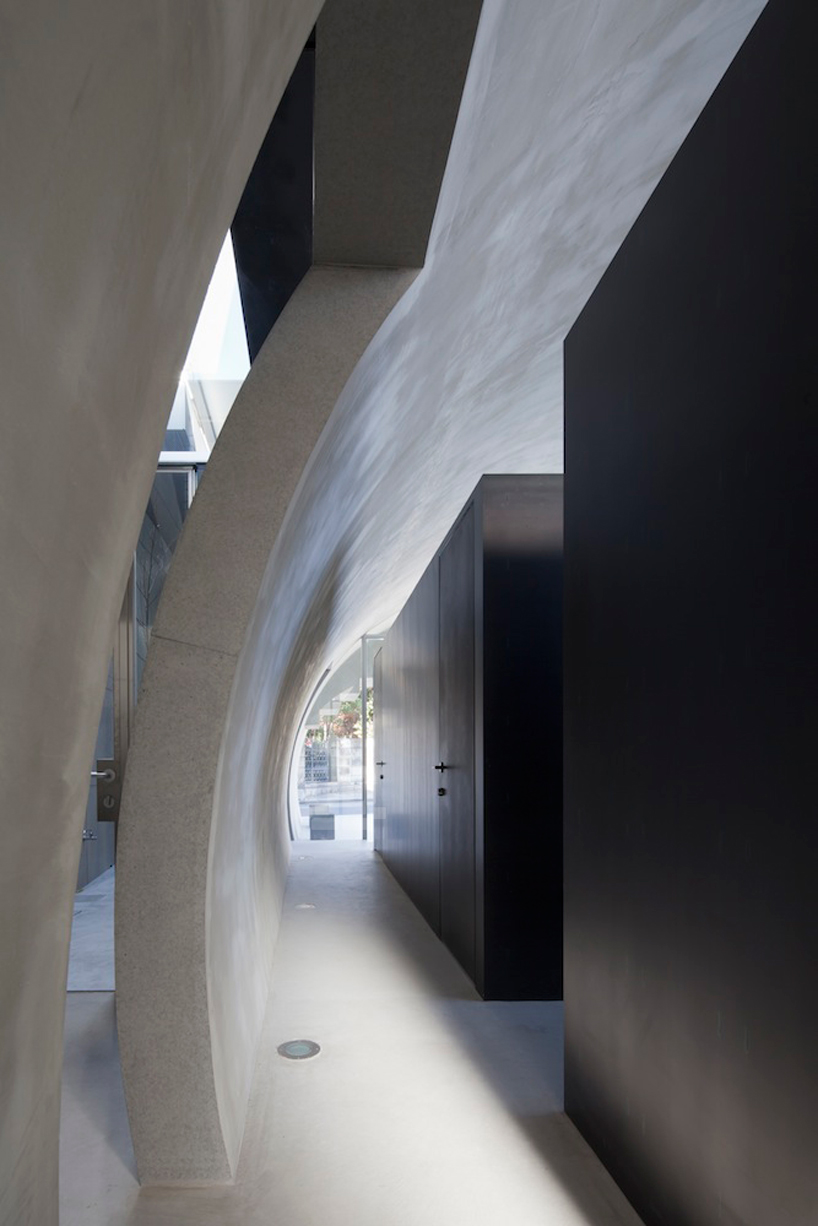 interior of the ‘soto’ space

exiting from ‘inside’ the dwelling and approaching the open ‘soto’, the interior drastically changes. ample daylight cascades down along the surface from the oblong top as well as from the courtyard. a staircase allows access to view the entirety of the rounded form. a reflective ceiling surface is extracted to compensate for a gap in the steel floor, mirroring the space below, and doubling as a table. the hanging steel floor and the thin dining surface floating in the open upper area of the home, creating a sharp contrast to the immense volume that burrs through the design. a visitor commented that, ‘spaces betray one’s sense of space, as one feels like being outside while actually being inside the house’. 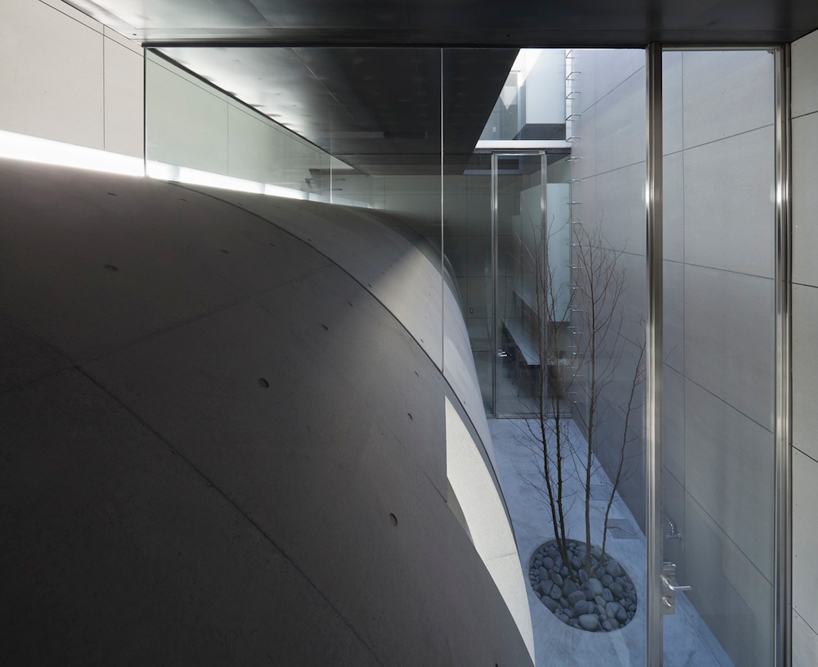 the rounded volume as seen from the bedroom 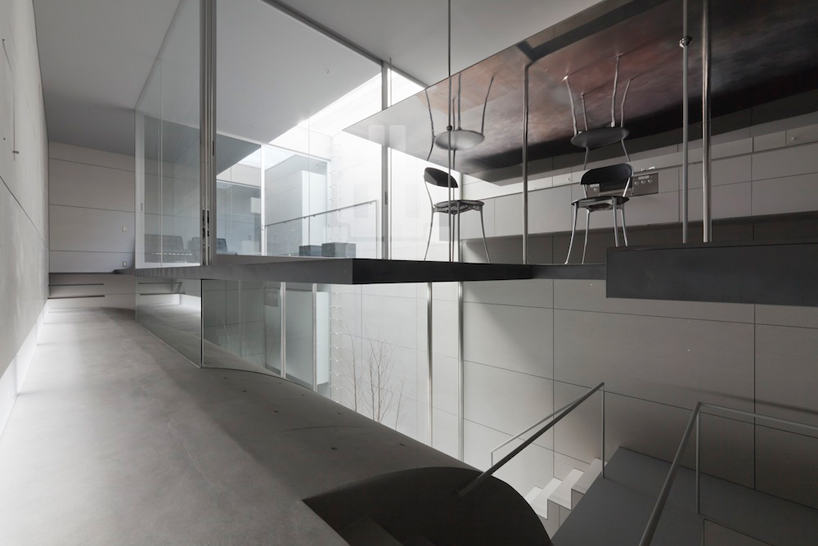 the 6mm thin table mirrors the space below 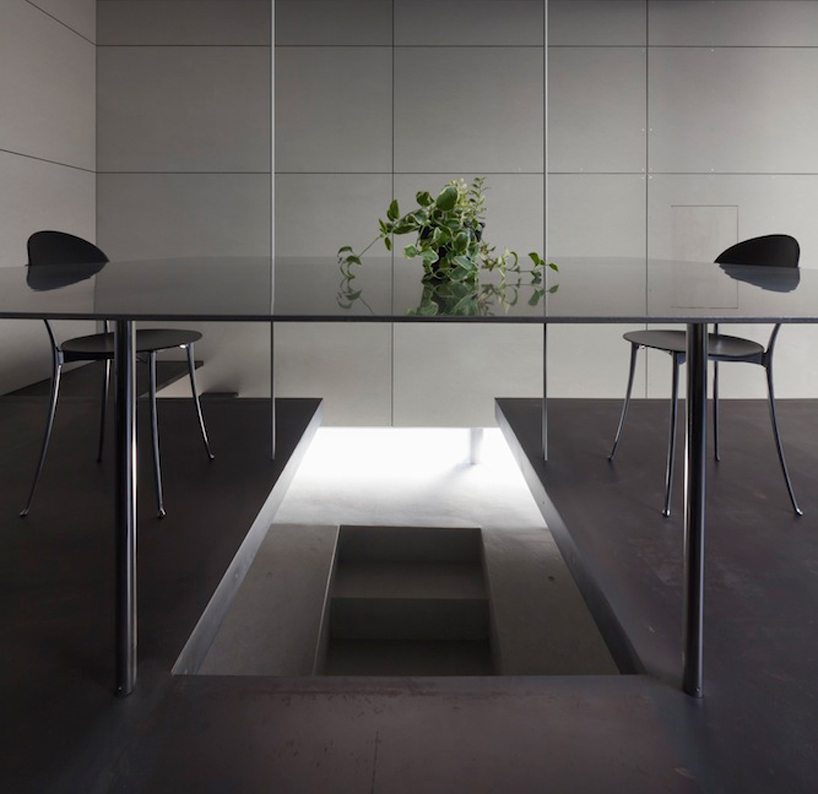 detail of the steel floor and reflective table 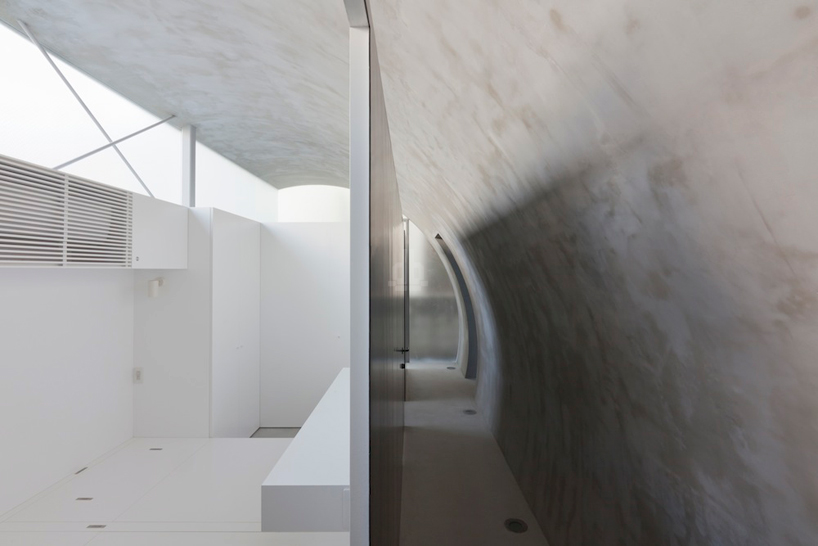 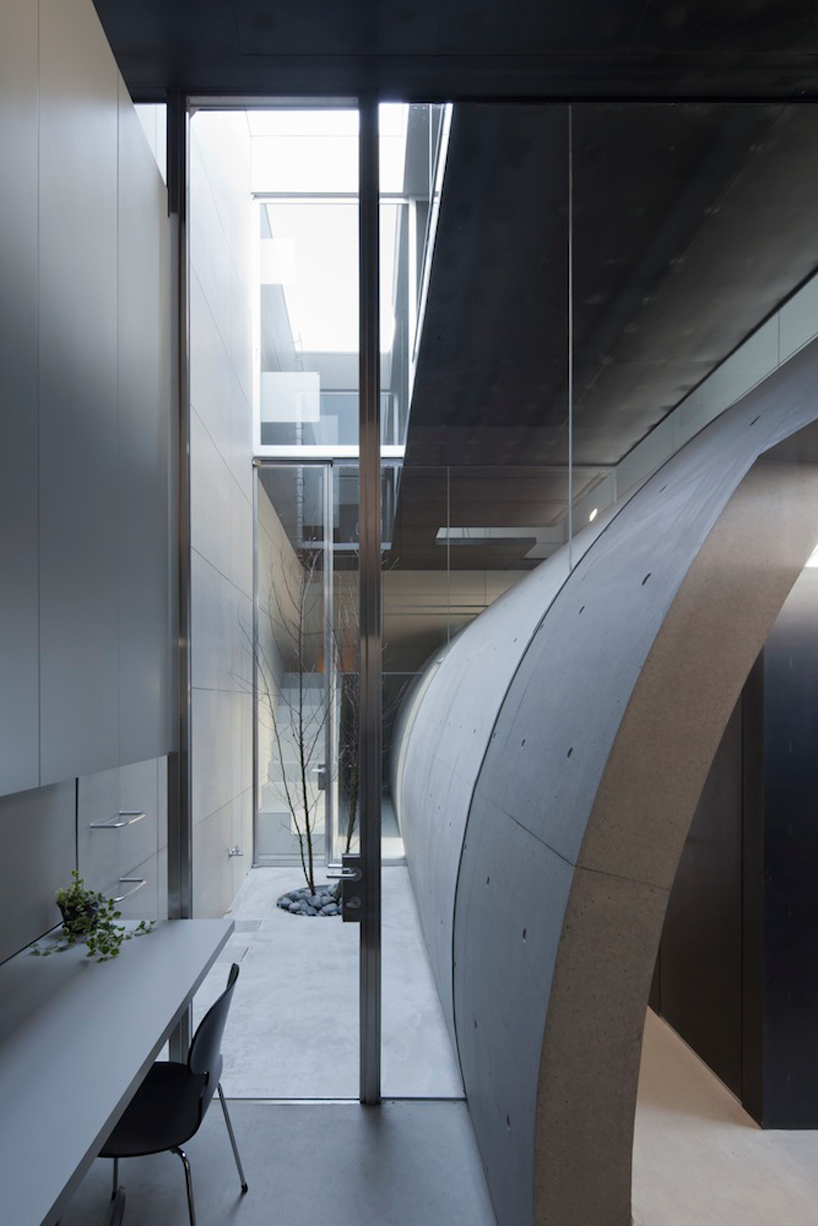 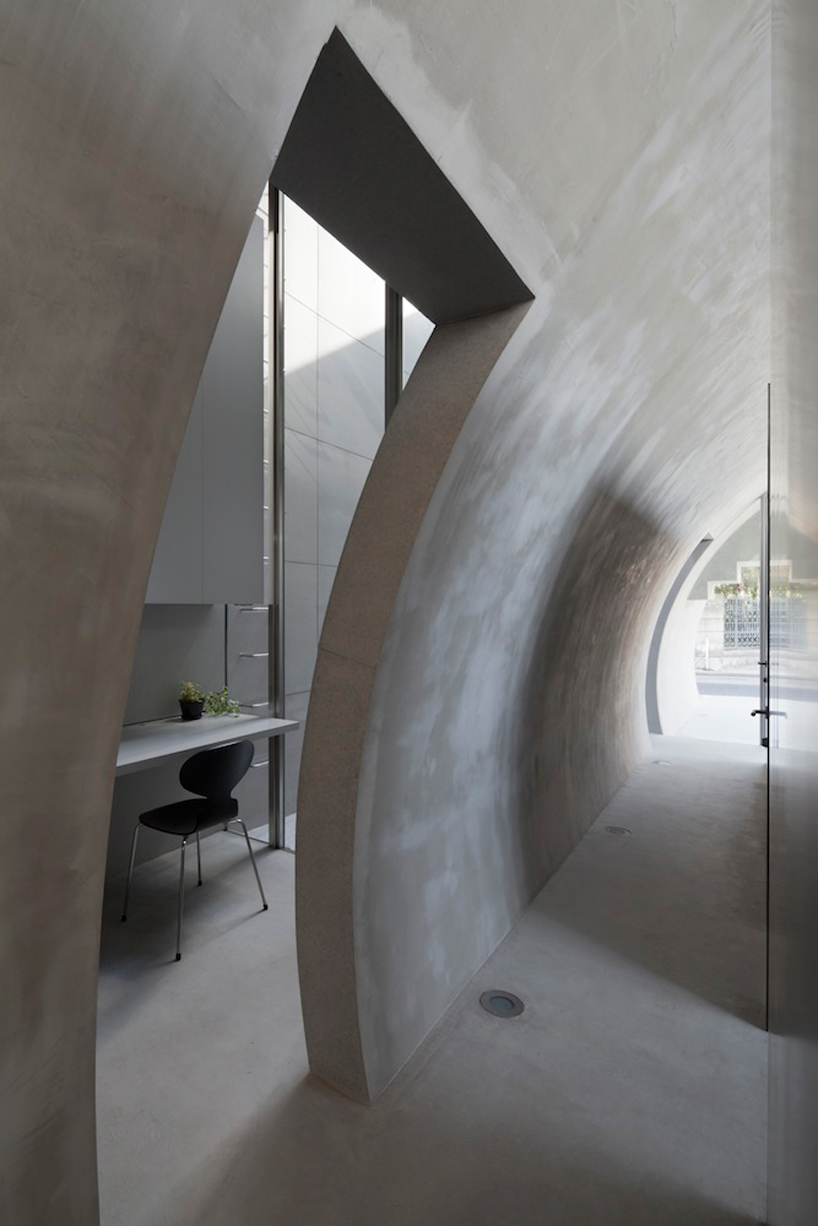 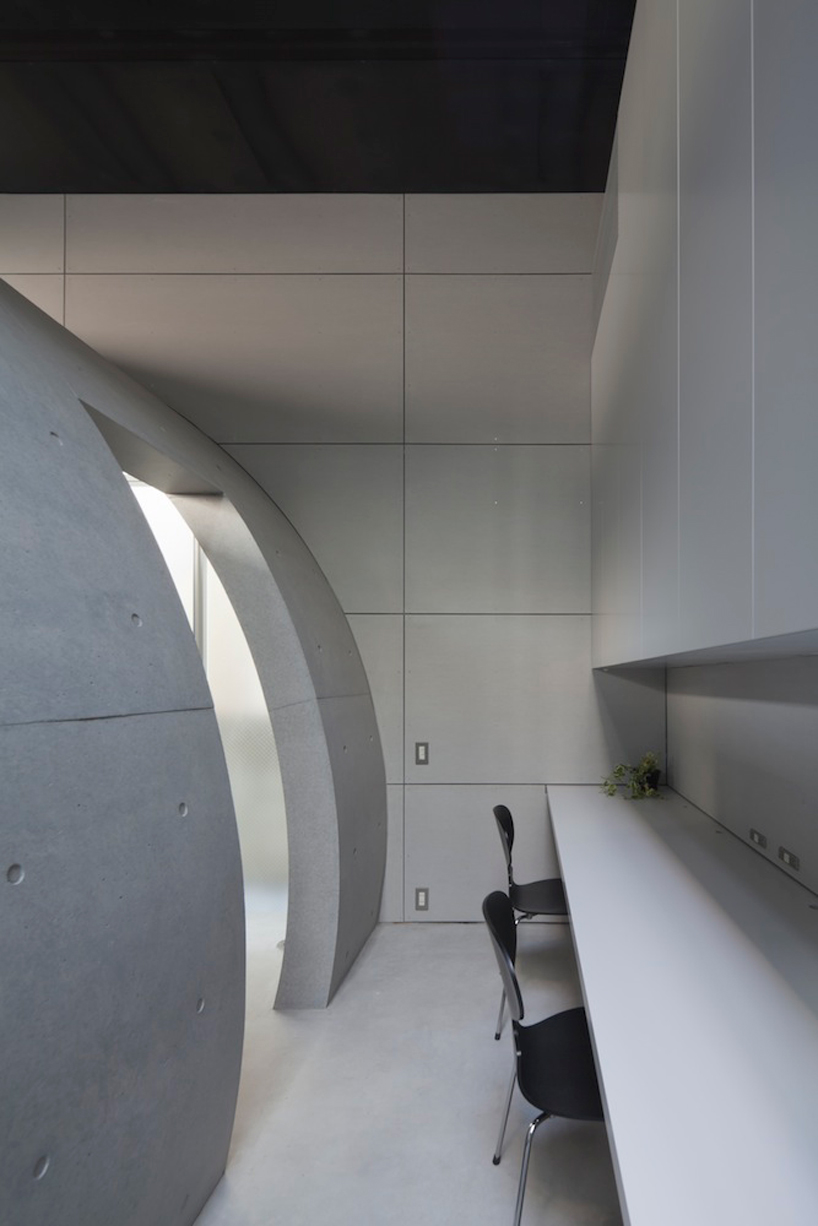 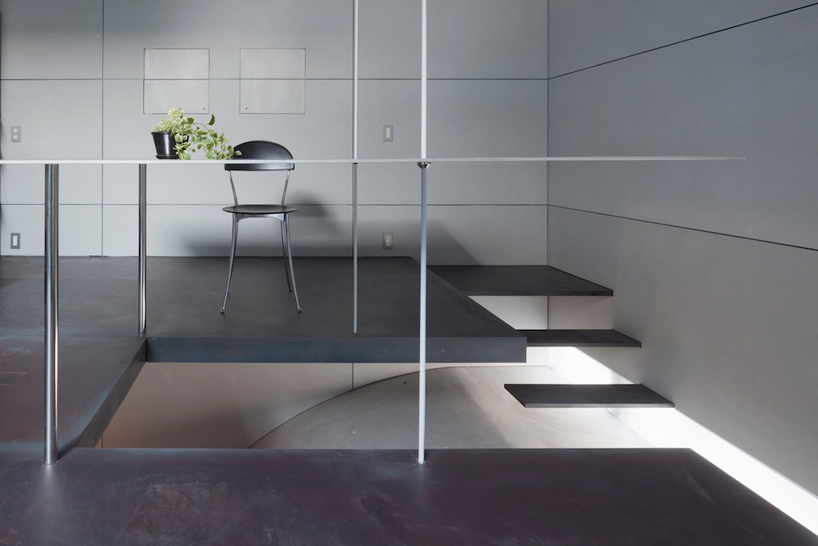 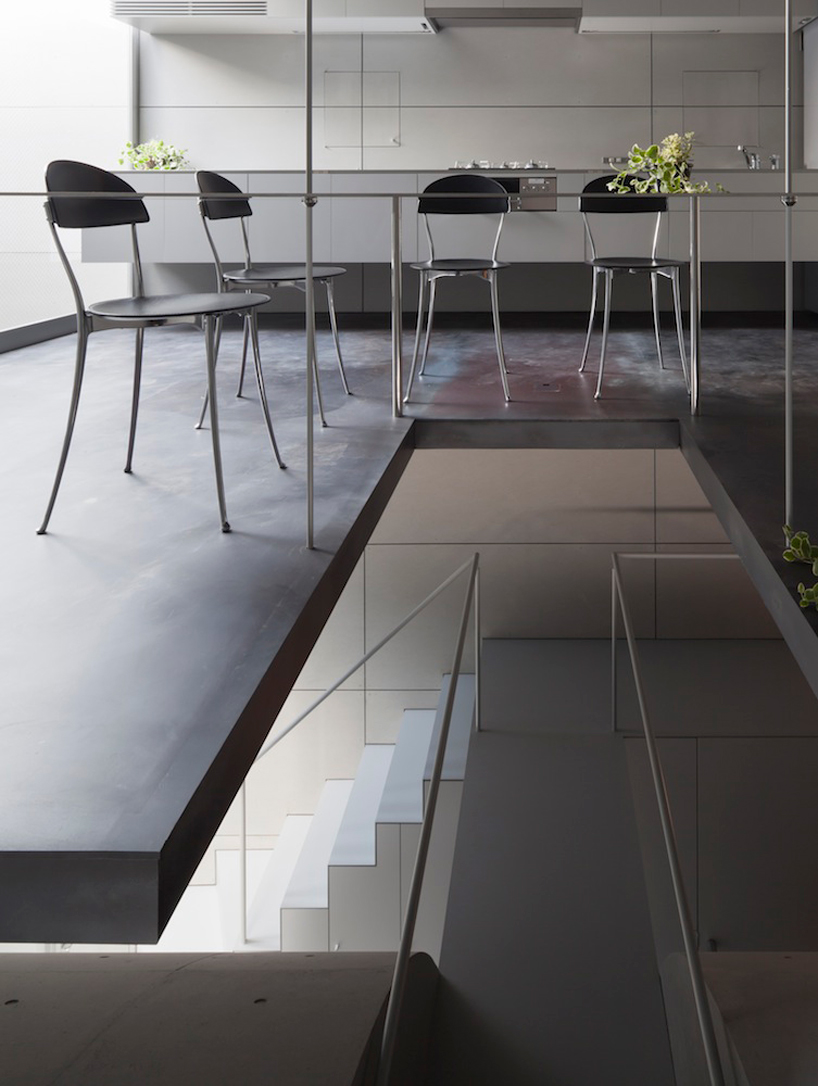 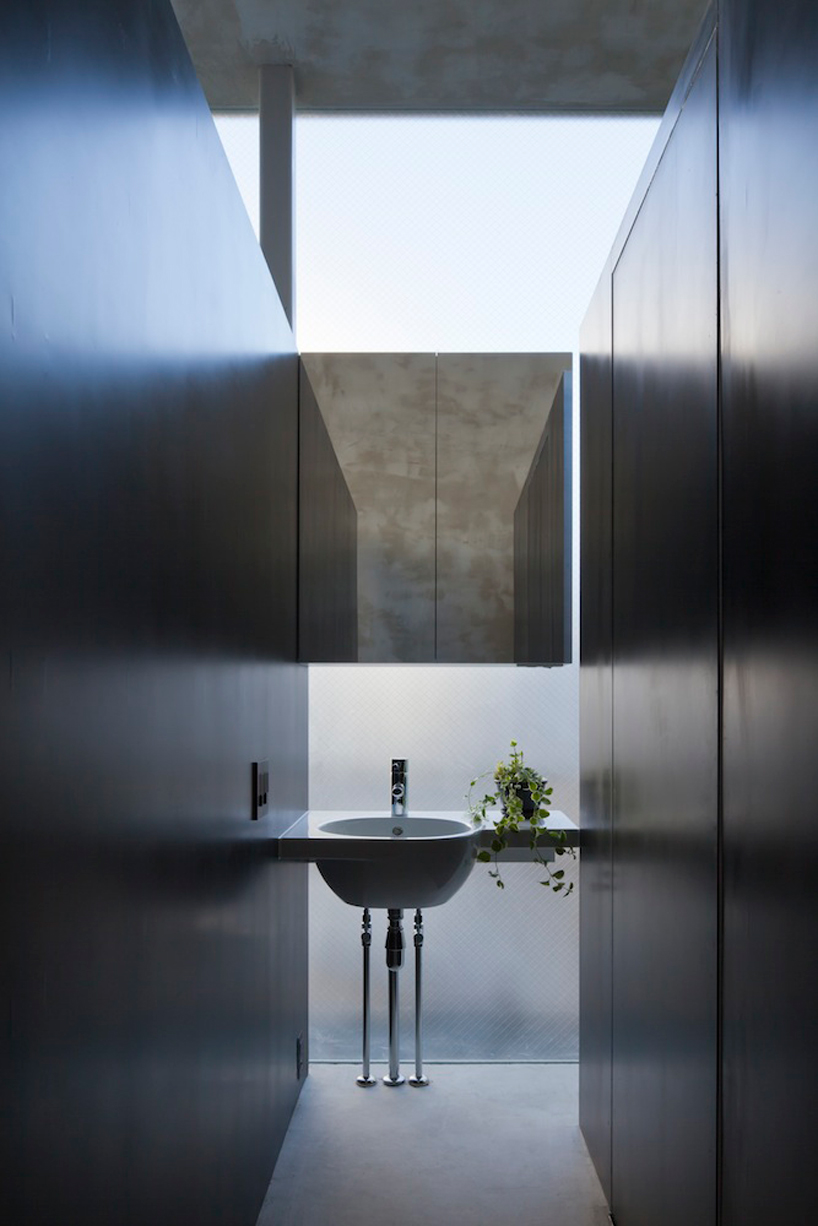 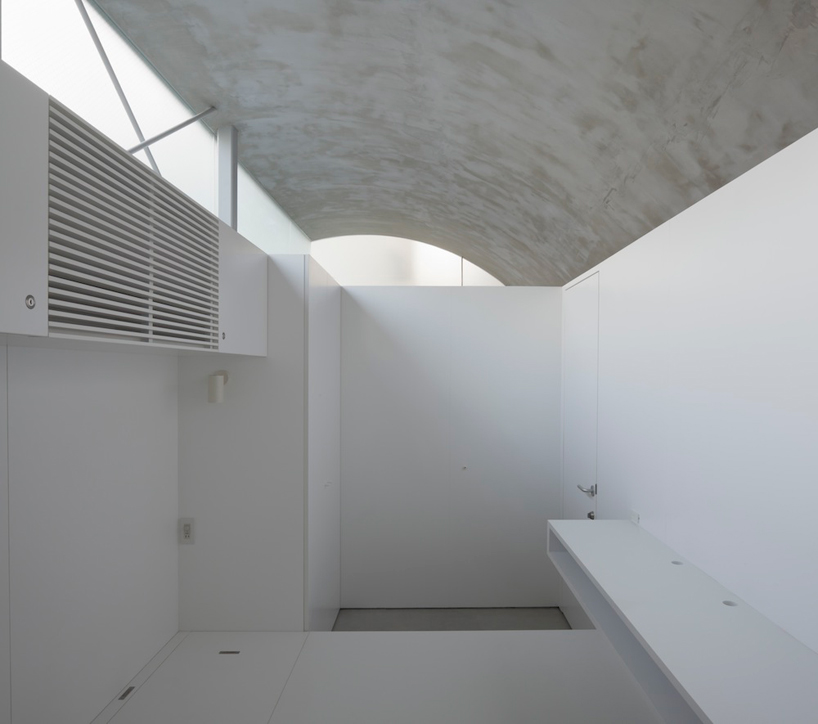 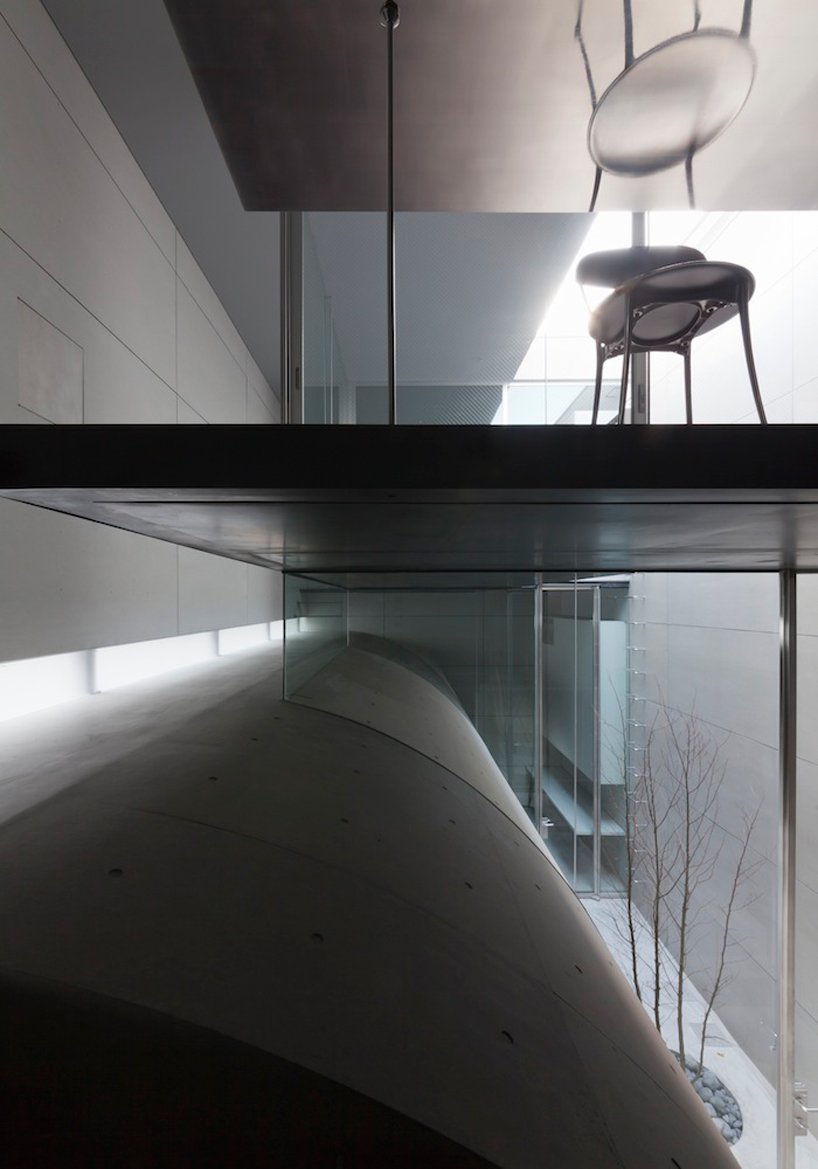 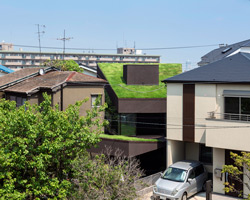