venice architecture biennale: turkey has presented ‘darzanà: two arsenals, one vessel’ for the 15th edition of the international architecture exhibition curated by feride çiçekoğlu, mehmet kütükçüoğlu and ertuğ uçar. turkey’s showcase demonstrates the challenges of the increasing confinement within borders of religion, language, race, nationality, ethnicity and gender. the project highlights the common cultural and architectural heritage shared between the arsenals of istanbul and venice and on display, the vast replica of the last vessel named ‘baştarda’ is constructed using abandoned materials taken from an old dockyard in istanbul and then transported to venice – suggesting a new connection in mediterranean. 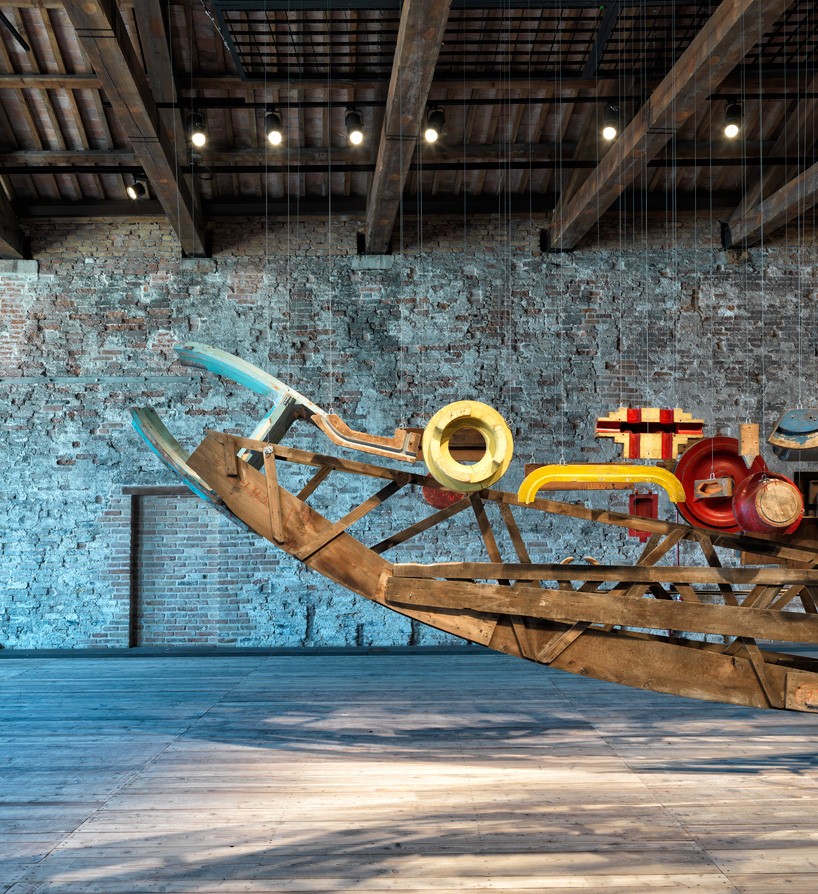 suspended inside one of the many rooms exhibiting at the darsana, the 30 meter long vessel was built from more than 500 pieces including seven kilometres of steel cable and abandoned materials such as wooden moulds, discarded furniture, signboards and boats. in april, the components were shipped to sale d’armi, where ‘baştarda‘ was re-constructed for the pavilion of turkey. when la biennale closes in november 2016, the centerpiece will be relocated to the museum of arsenal, when the site is opened to public in istanbul. 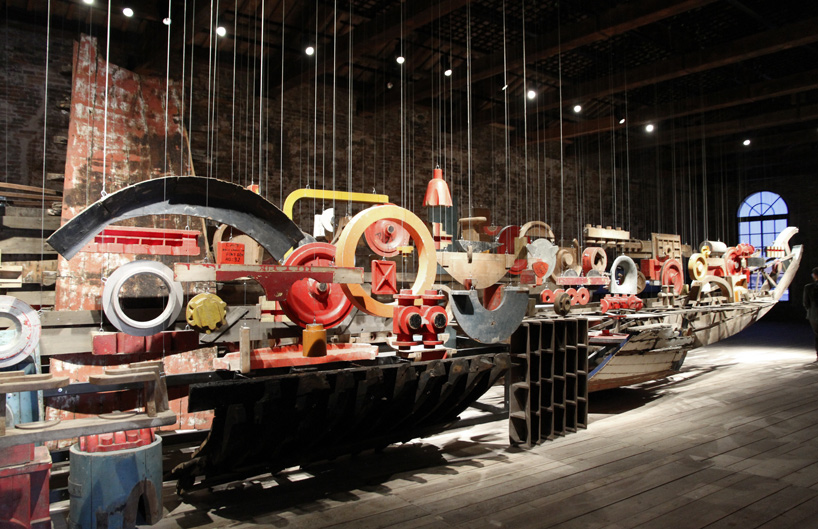 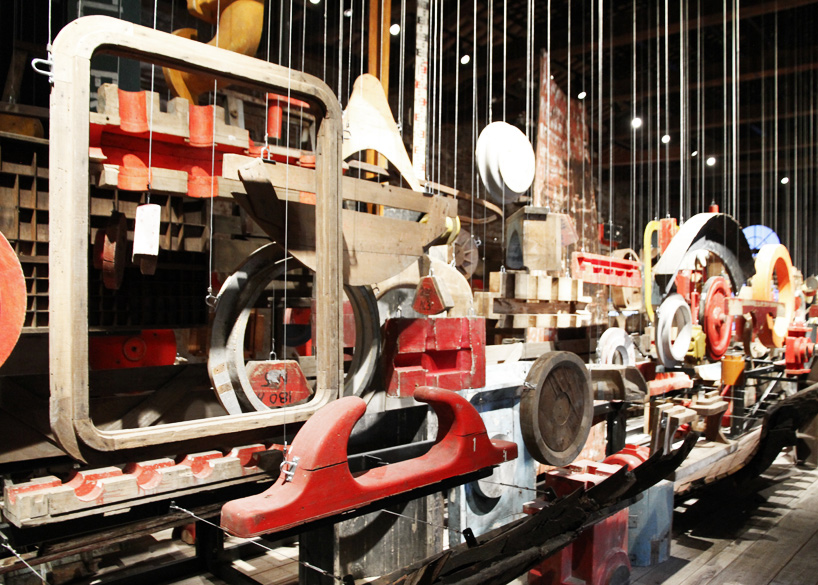 the historic boat named ‘baştarda’, was reconstructed out of materials found in the old dockyard of istanbul
image © designboom 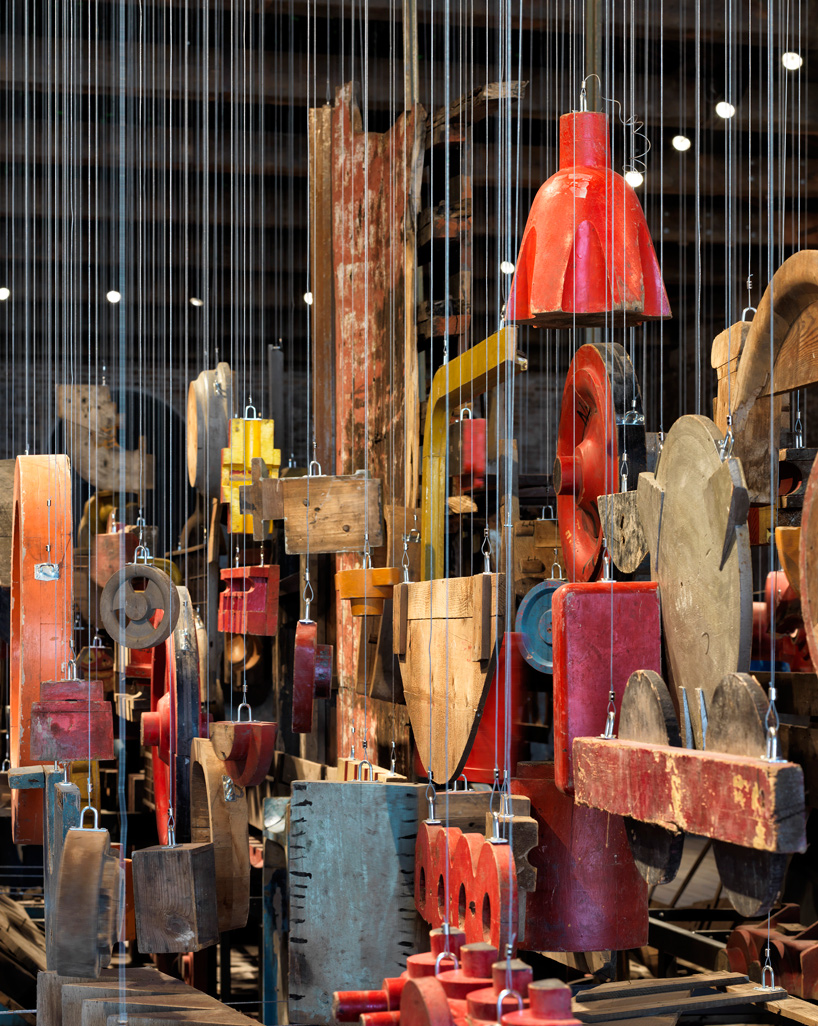 the exhibition raises the question of whether it is possible to transform borders, fronts and other spaces of conflict
into thresholds and spaces of consensus
image © cemal emden 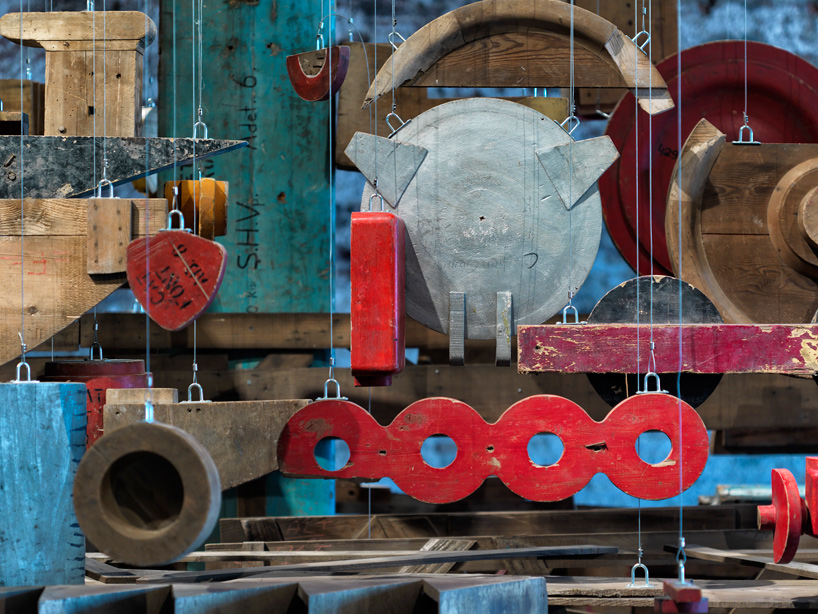 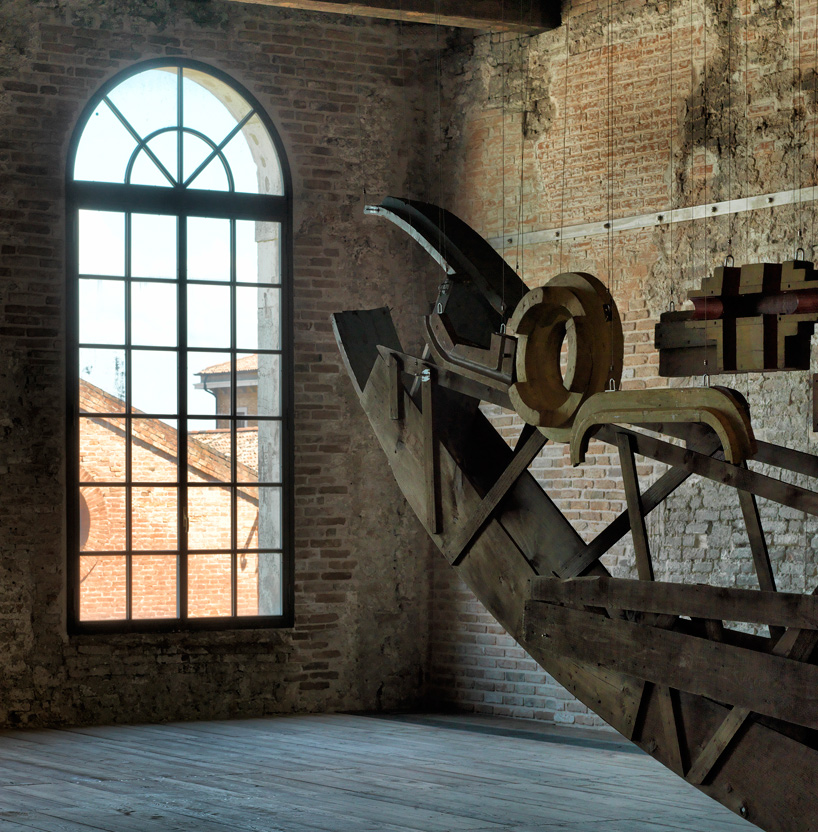 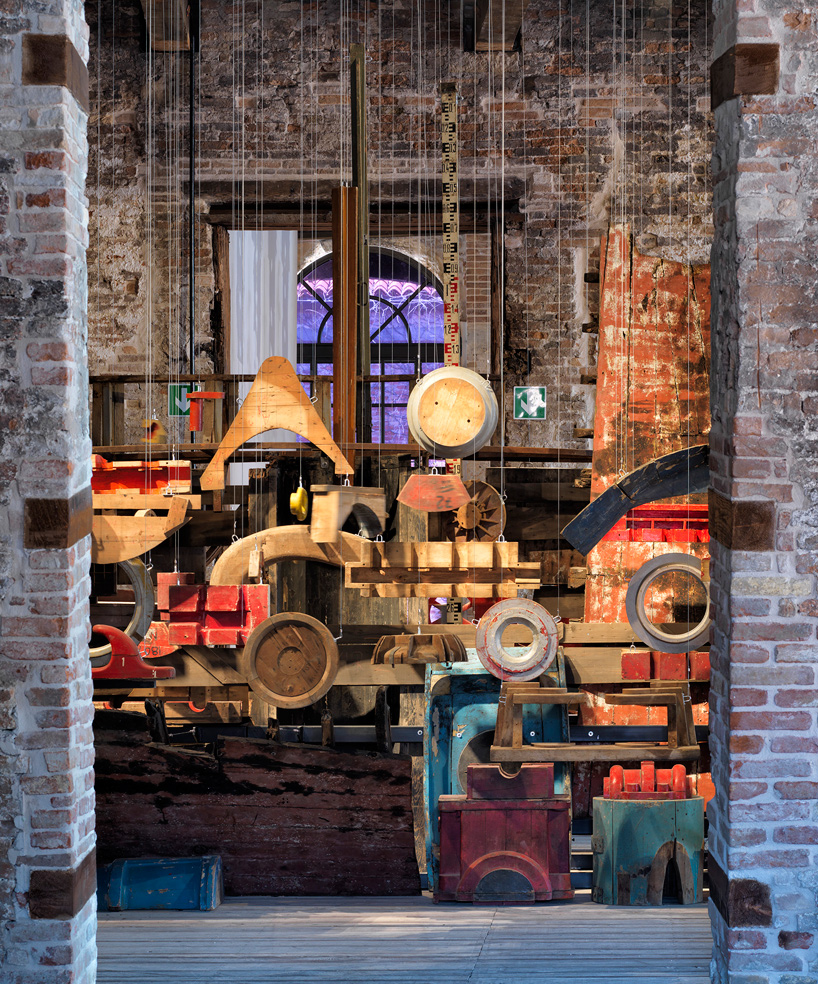