with a design inspired by the power of nature, shanghai-based studio 00group presents its proposal for a competition to create a new landmark for iceland. the competition organized by bee breeders called for an observation tower and small visitor center on a site overlooking vogagjá – a spectacular ground fissure resulting from seismic activity. 00group’s design is called ‘anchor of the plates’ and like the name suggests, it’s articulated by a pair of ‘anchors’ bridging the two different tectonic plates. 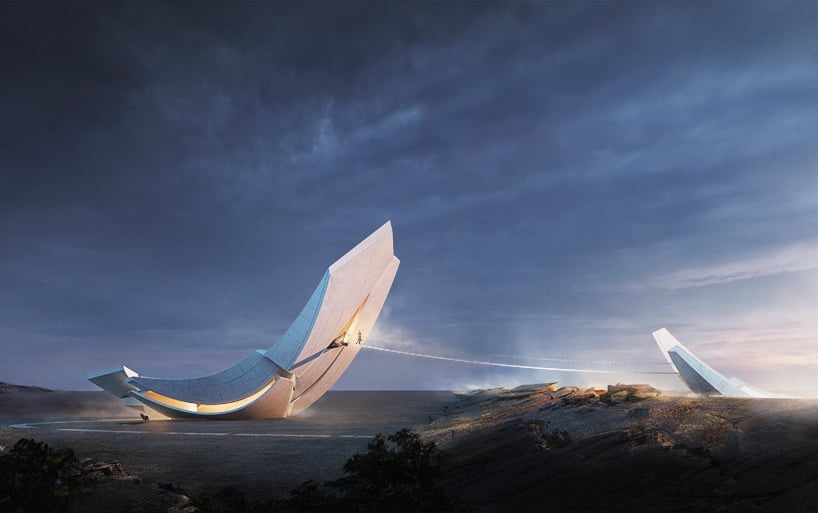 00group‘s scheme is informed by iceland’s unique geography. the concept attempts to coordinate with nature by adding ‘anchors’ across the fissure. the observation towers act as a boat trying to pull these two plates together and further reveal the tension lying beneath, both visually and metaphorically. the project also plays with the theme of human power under such extraordinary natural circumstances. 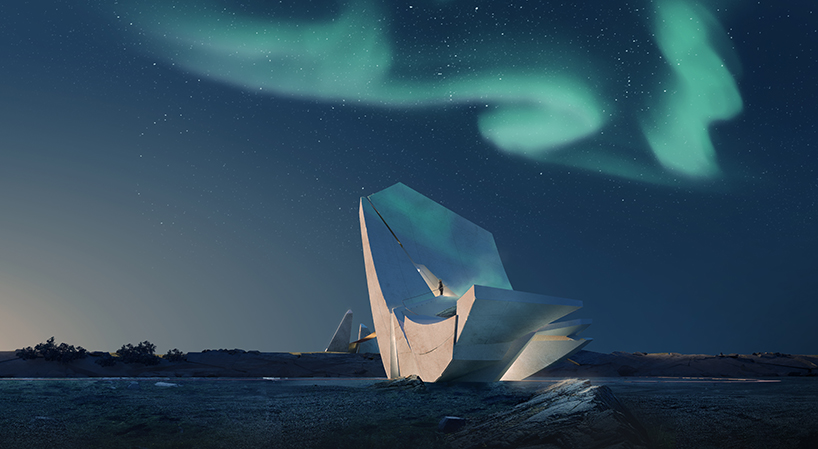 connecting the two buildings is a skinny rope bridge designed in reference to machine aesthetics. if the size of the fissure increases, a system of gears controlling the bridge can automatically adjust the appropriate distance, with the accompanying data being displayed inside the interior hall. overall, 00group’s observation tower is shaped to be subtle yet powerful; its dramatic form indicating the significance of the site. 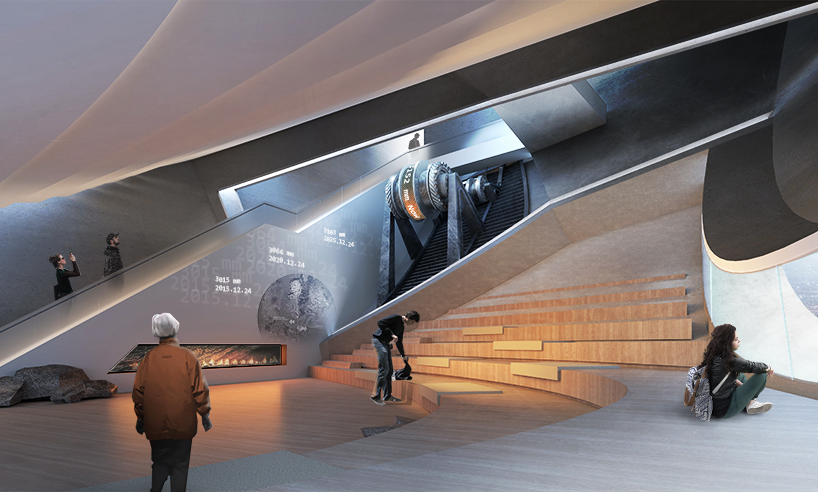 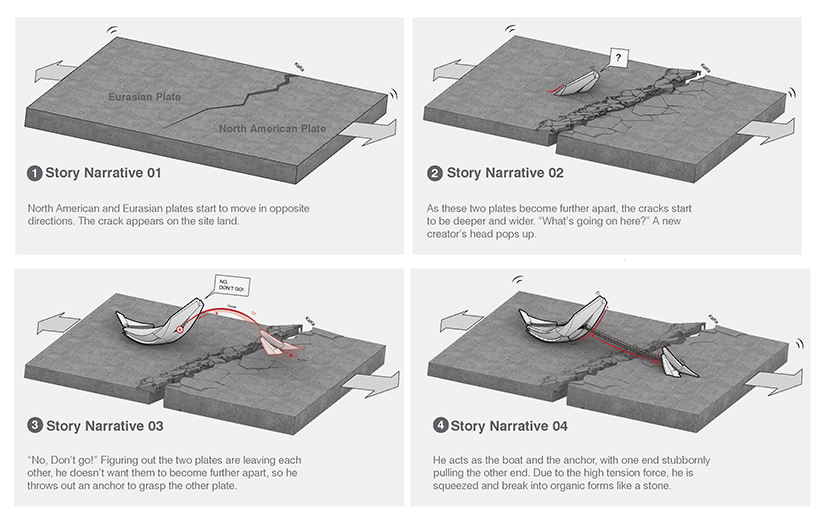 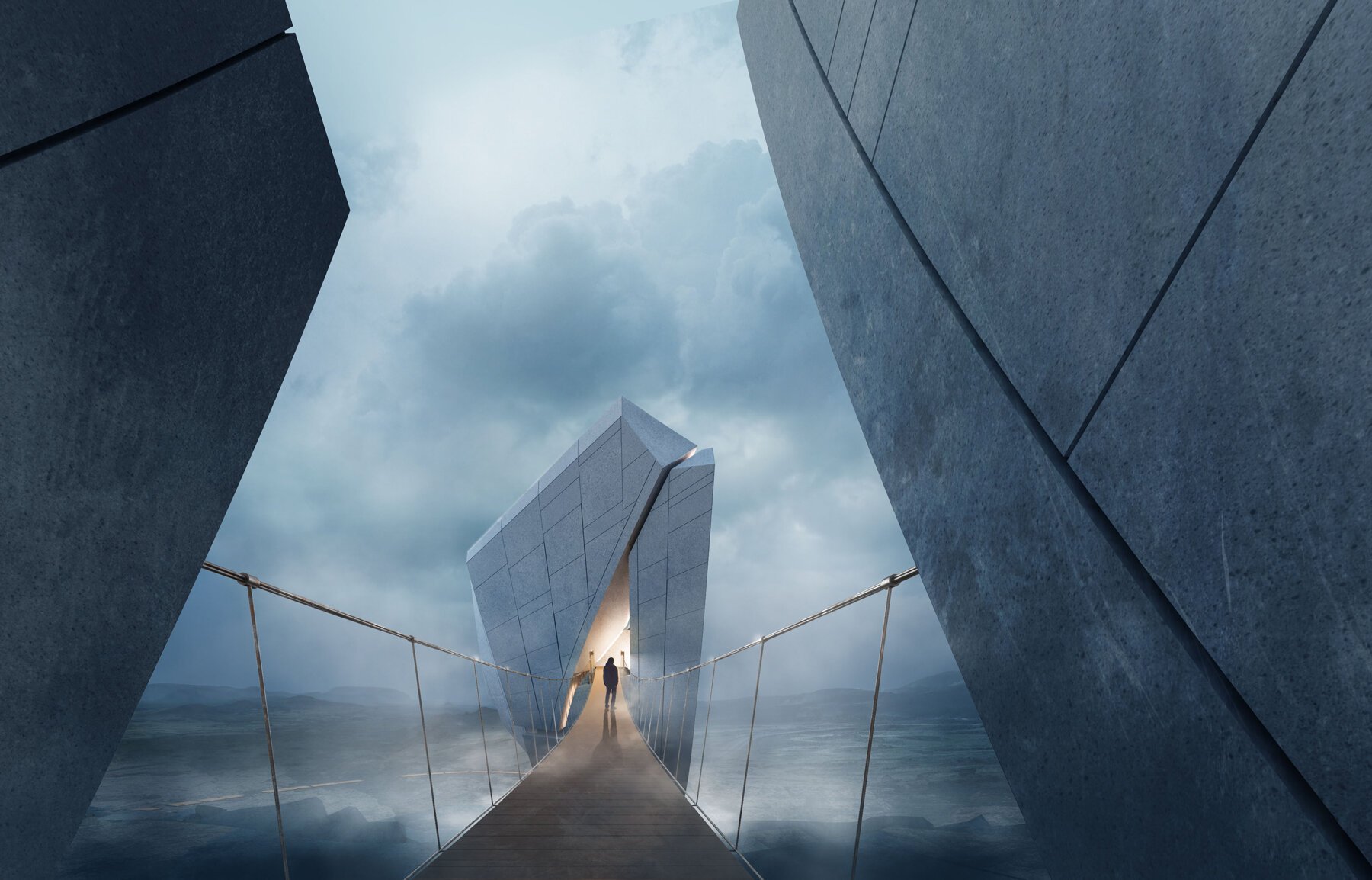 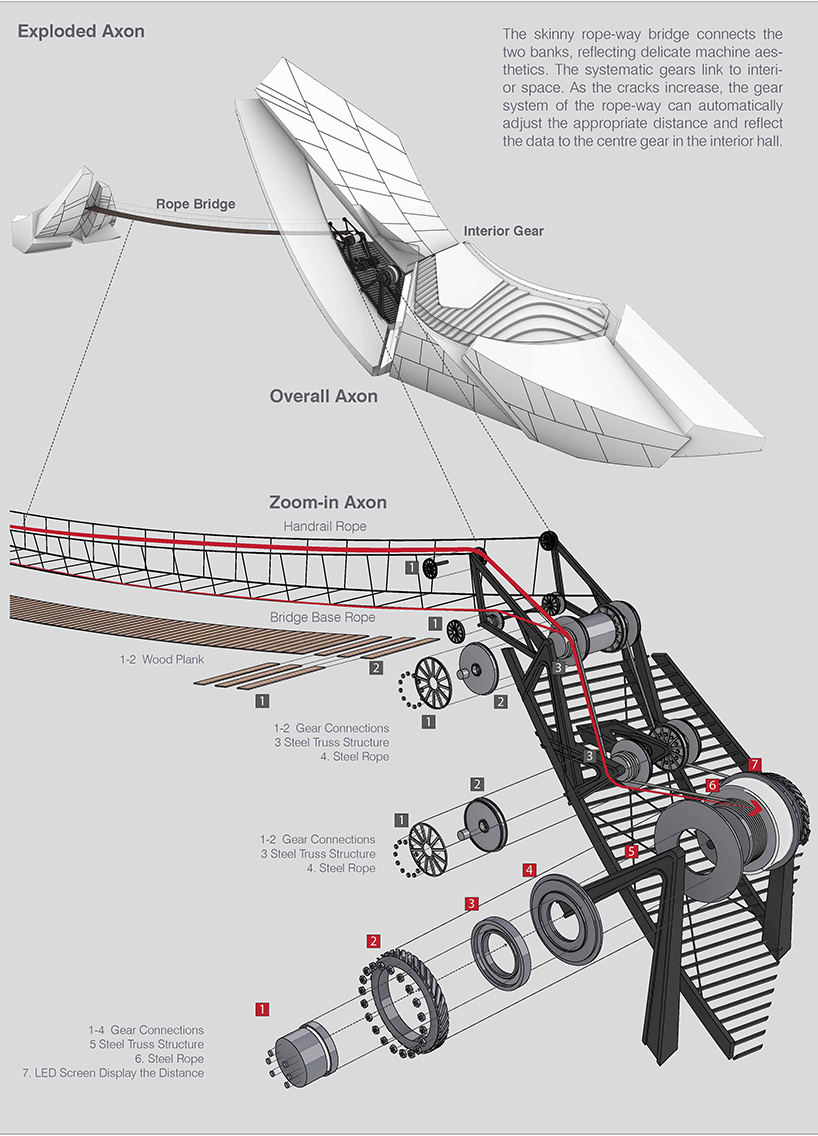 name: the anchor of the plates 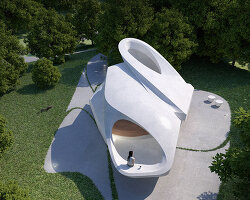 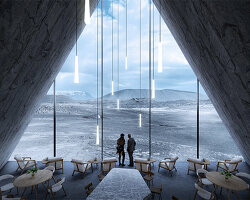 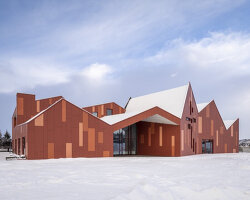 Dec 10, 2021
the salvation army headquarters in reykjavik stands out with its various shades of red 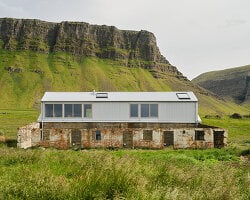 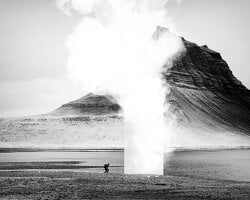