london-based firm two islands won the international flat lot competition held by the flint public art project and AIA flint chapter to design a temporary pavilion in an empty parking area of downtown flint, michigan. ‘mark’s house’ represents abandonment, loss and the importance of shelter. it is designed to raise awareness of the demolishing of thousands of houses after foreclosures forced many families out of town, and the city’s continued efforts in revitalization.

raised a storey above the ground, the 4,000 pound (1,814 kg) structure is designed to withstand 90 mph winds. the tudor-style dwelling cantilevers on top of a mirrored pedestal, and is coated in a 5 mm reflective mylar skin, which makes it blend in with its surroundings, as if it had disappeared. this finish changes with the weather conditions, stretching or wrinkling with varying amounts of moisture in the air. the transitions create a visually intriuging display. underneath the floating building, a ceiling sports 882 lightboxes personalized with hundreds of faces and photos of over 90 global kickstarter supporters. a platform below creates a place to host community events, the first of which was the flint art walk. 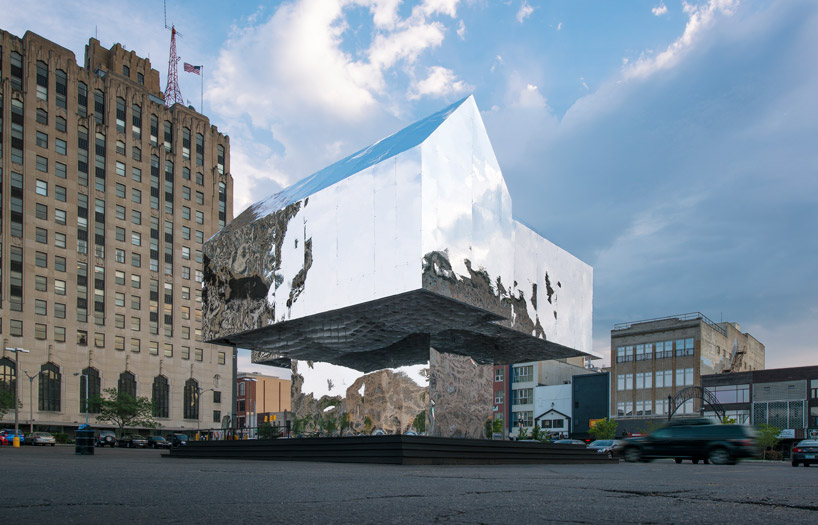 the 4,000 pound (1,814 kg) mylar-clad structure is designed to reflect and withstand the elements
image © gavin smith 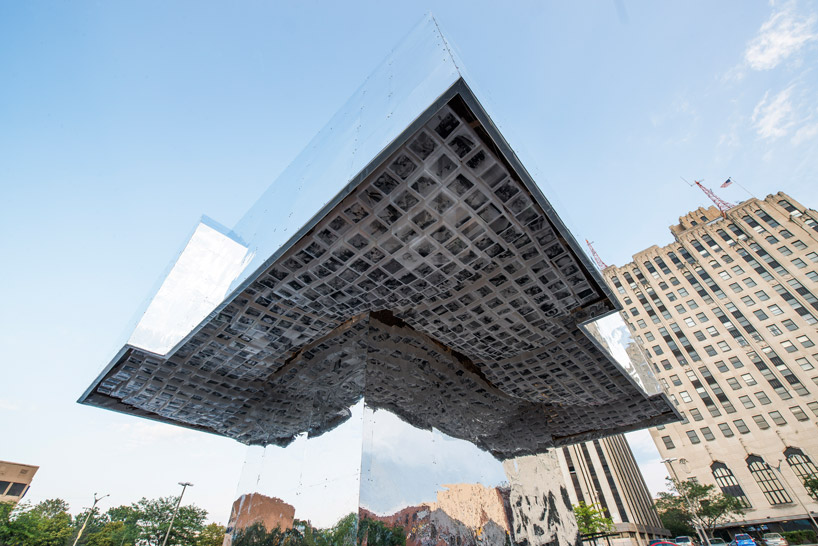 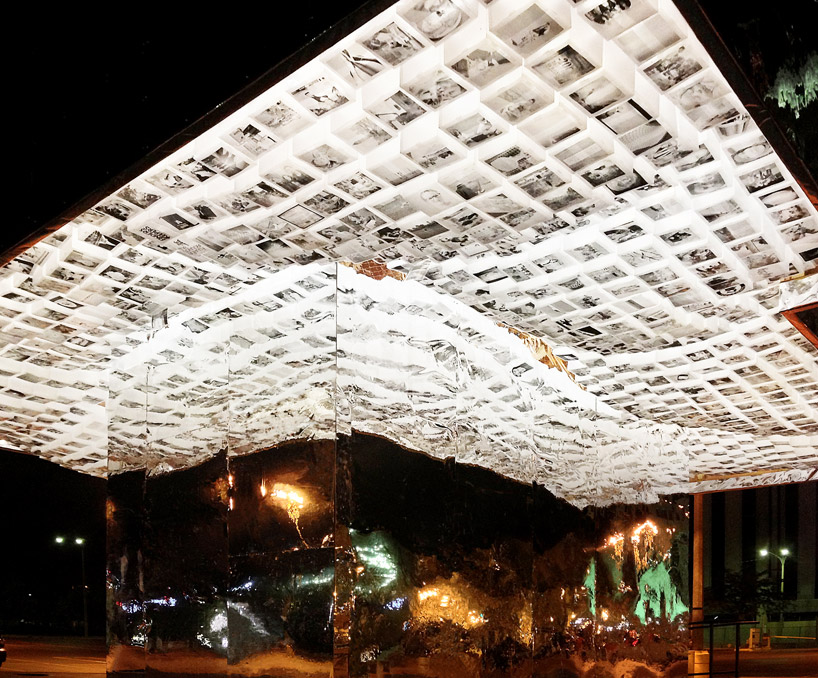 the ceiling was funded by kickstarter donations totaling over £10,000
image © two islands 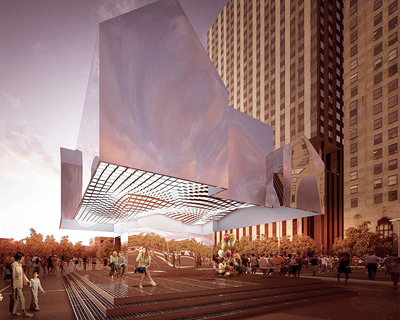