the flat lot competition in flint michigan urges architects to design a temporary pavilion in an empty parking lot of downtown flint, michigan. of the 400 participating teams from over 35 countries, the flint public art project and the flint chapter of the american institute of architects announced two islands, a team of architects and designers from london, the winners of the competition. titled ‘mark’s house’, the elevated dwelling is the result of a fictional local resident named mark hamilton who loses his property to foreclosure. the archetypal tudor dwelling is clad in highly reflective panels and sits upon a small mirror-like base that gives the illusion of levitation.  apart from much needed shade, the hoisted house sets a stage for events and is capable of storing up to 1,500 gallons (about 5,600 liters) of water that is sprayed in the form of mist onto the spectators below. the project represents what the city has lost over the years, as well as its ongoing evolution, seen through the contemporary application of a historical typology. the architects have won 25,000 USD for first place and will have their proposal built, to open june 14th in time for the flint art walk through to the fall. 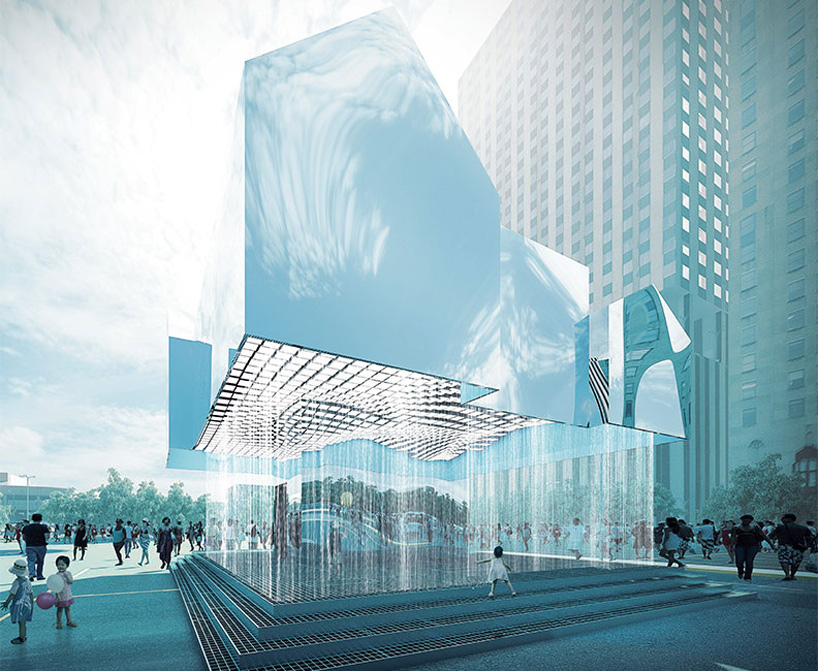 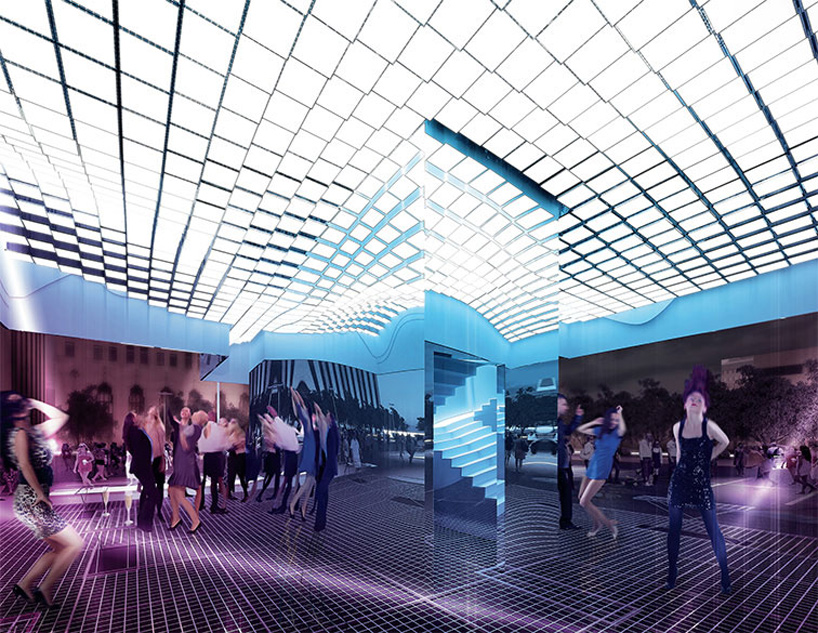 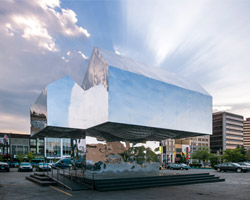