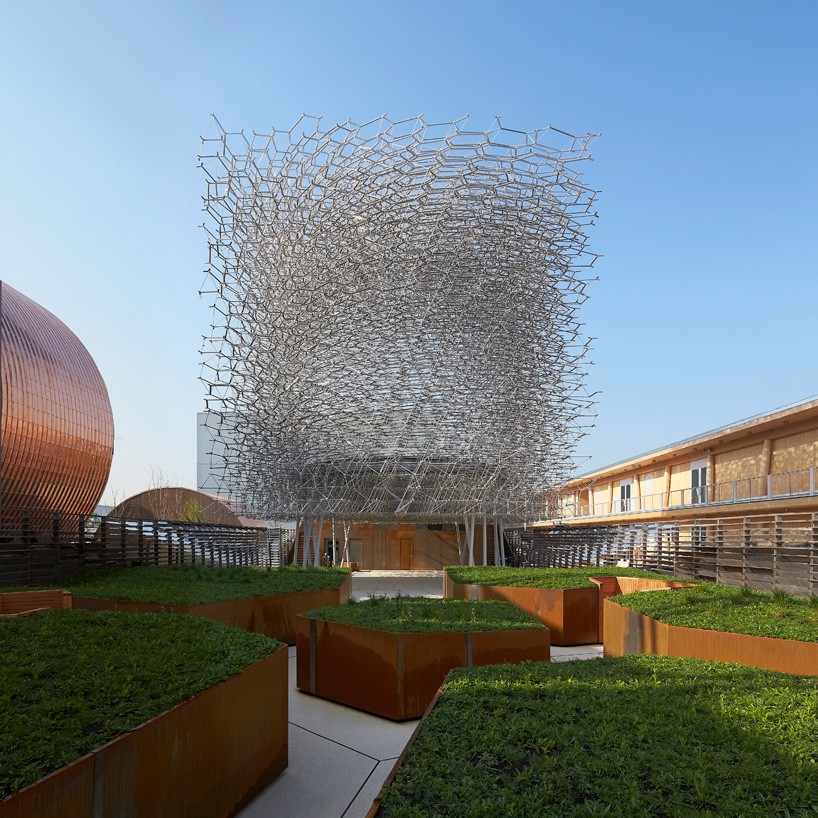 from now until october 31st, 2015, the italian city of milan will host the universal exposition for the first time since 1906. alongside the other 144 participating nations, the united kingdom’s contribution to the event is a pavilion born from the theme: ‘grown in britain & northern ireland’. led by UK trade & investment (UKTI), the pavilion has been designed by nottingham-based artist wolfgang buttress, with stage one responsible for construction and manufacturing. 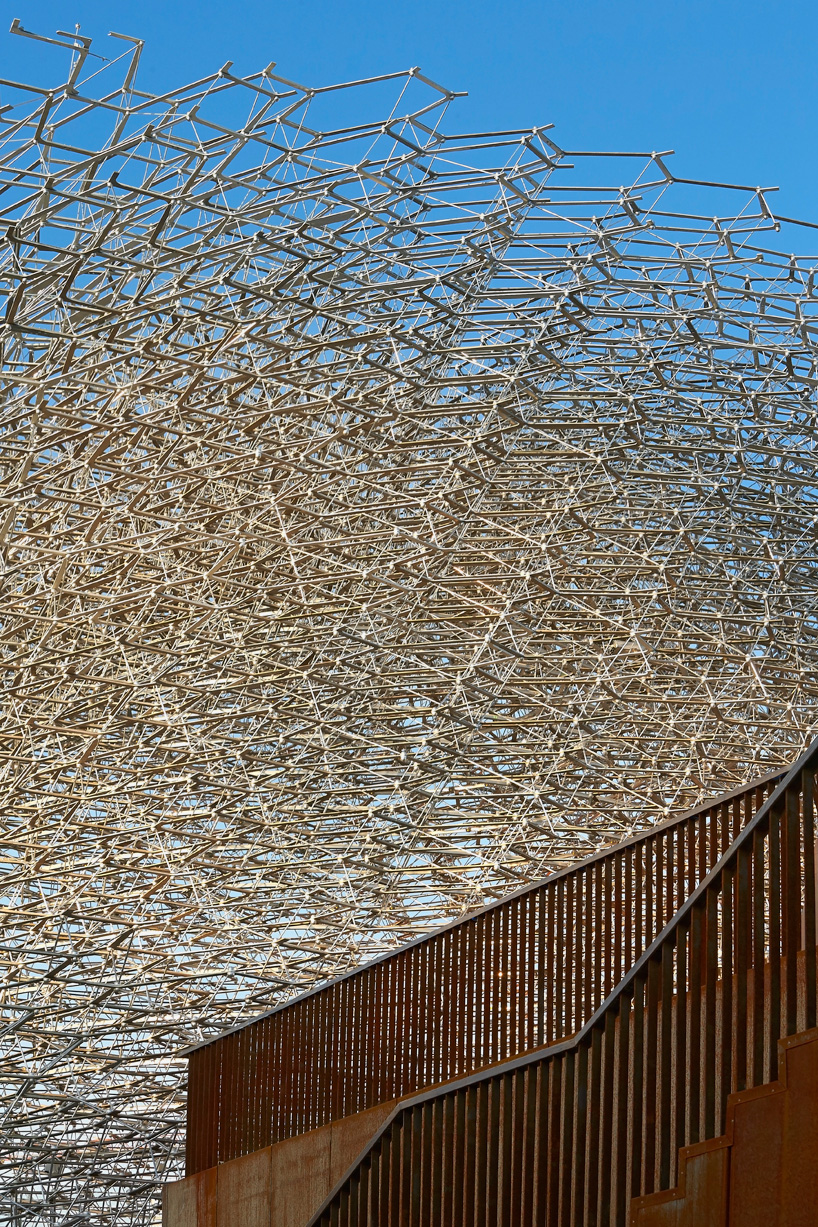 designed to attract those passing along the ‘decumanus’, the avenue that connects the entirety of the site, the pavilion consists of five experiential areas: the orchard; the meadow; the terrace; the architectural program; and the ‘hive’ – a cuboid lattice that forms the centerpiece of the design. 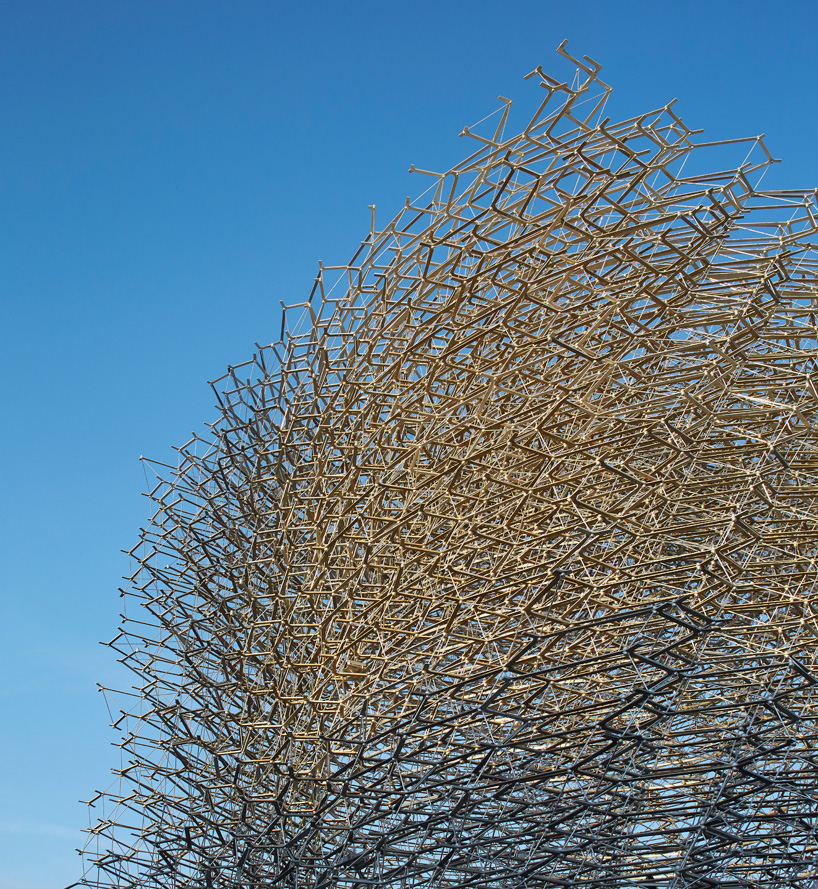 the structure is sited upon three meter-tall columns

visitors entering the site pass through a vegetated meadow landscape beneath the buzzing and illuminated framework to get a preview of the spectacle above. after passing up a staircase, one accesses the structure’s internal sphere from behind, to experience aspects of a live beehive through the architecture’s sensorial qualities. 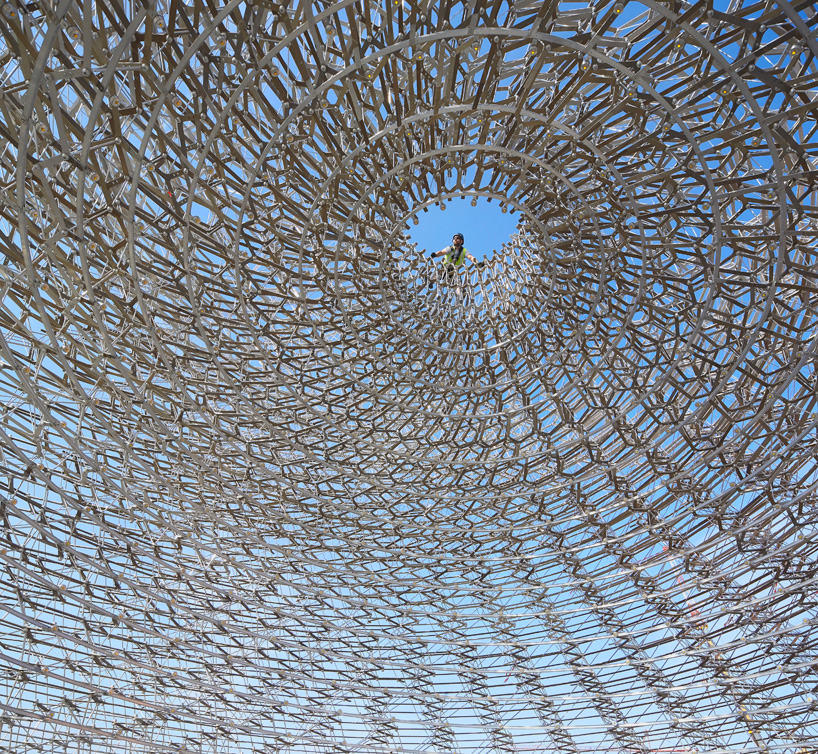 audio-visual devices embedded within the hive allow it to pulse, buzz and glow according to desired effects; including live signals from a real beehive. accelerometers measure the vibrational activity of the bees and these signals are fed into an array of LED lights embedded within the sphere, generating a dynamic representation of the insects’ activity. see designboom’s previous coverage of the UK pavilion here, including an exclusive behind the scenes look at the project under construction. 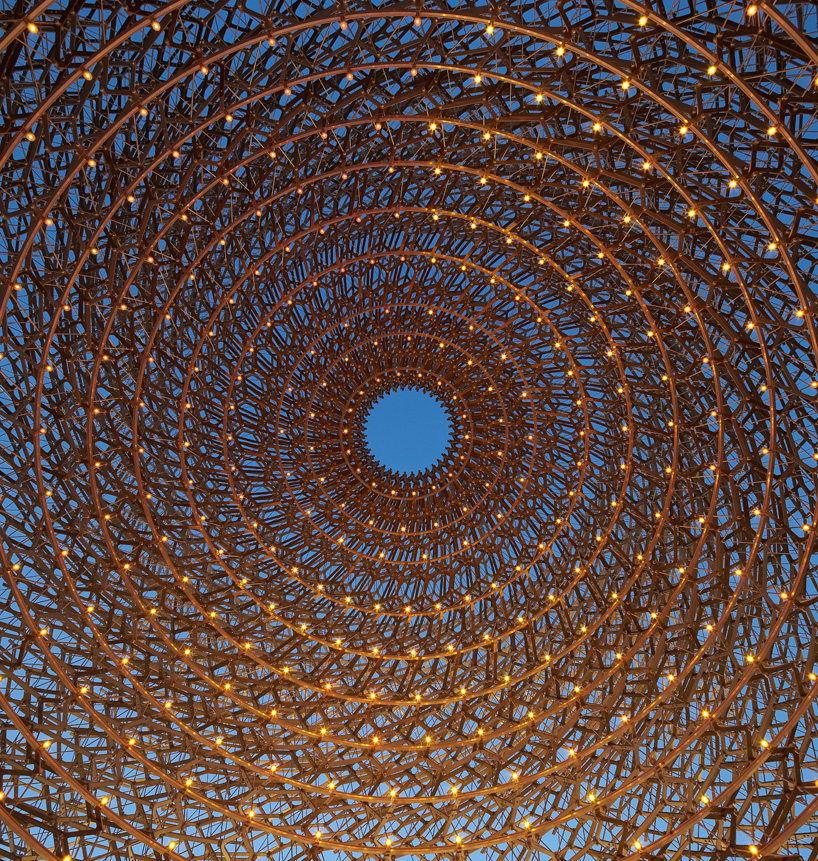 audio-visual devices embedded within the structure allow it to pulse, buzz and glow 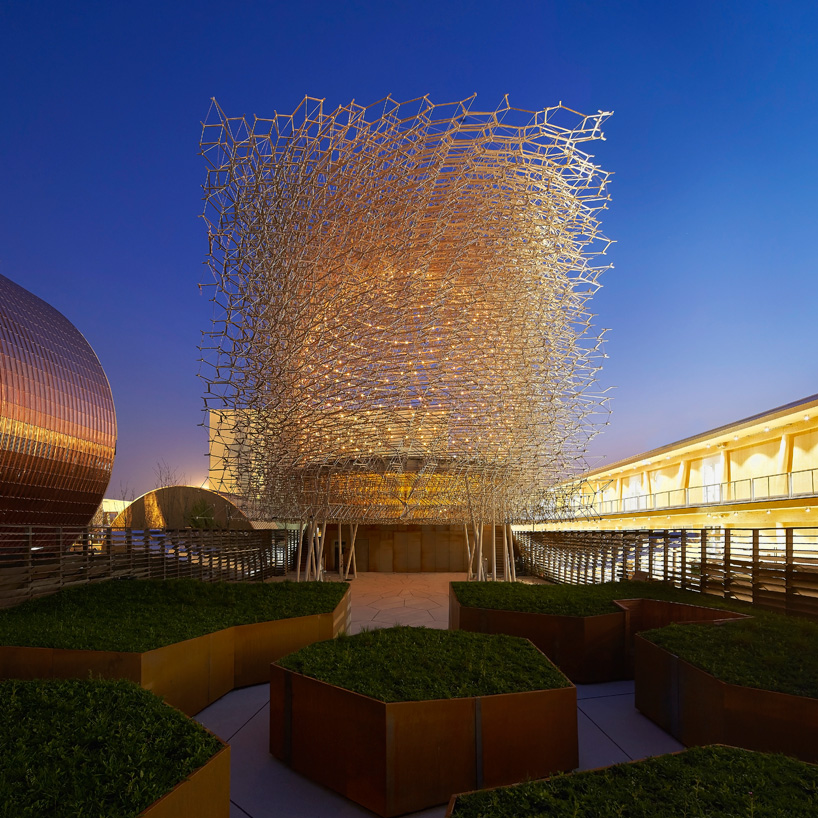 the pavilion’s hive illuminated at night 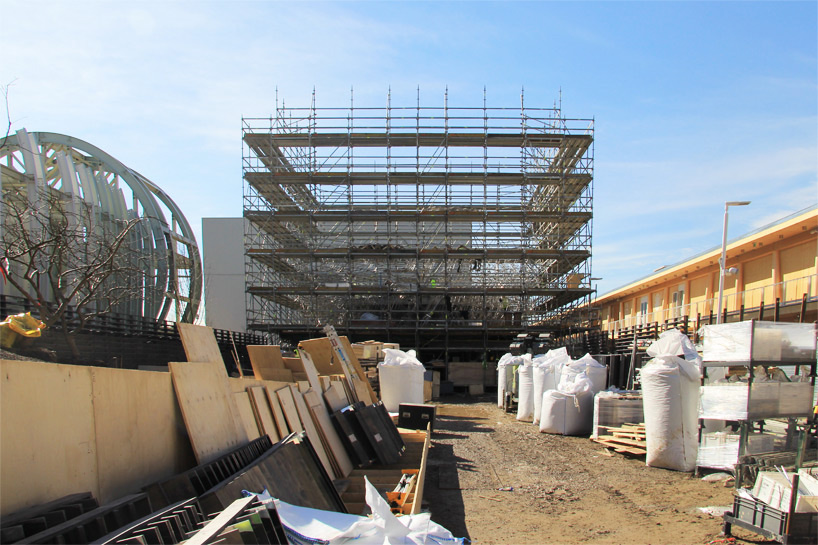 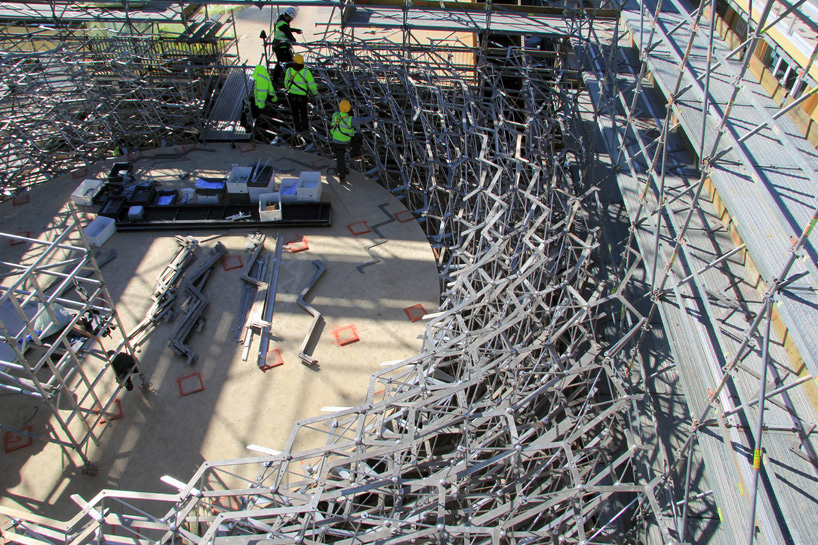 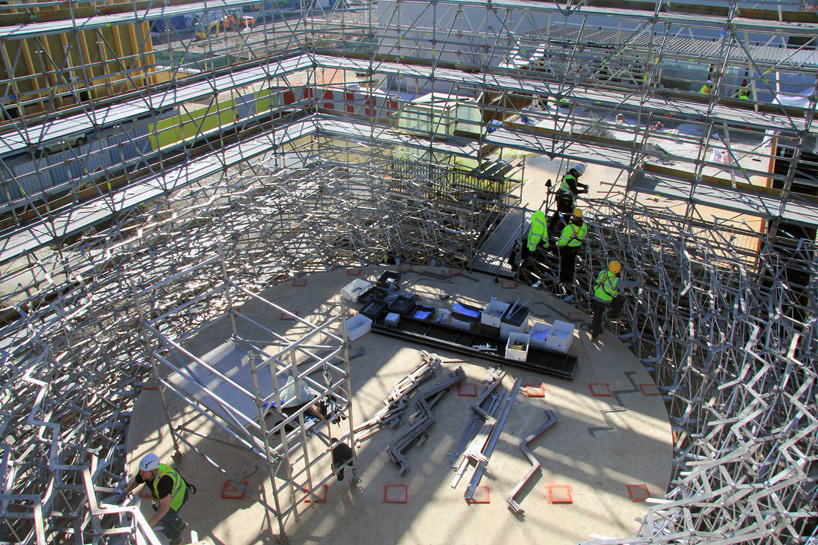 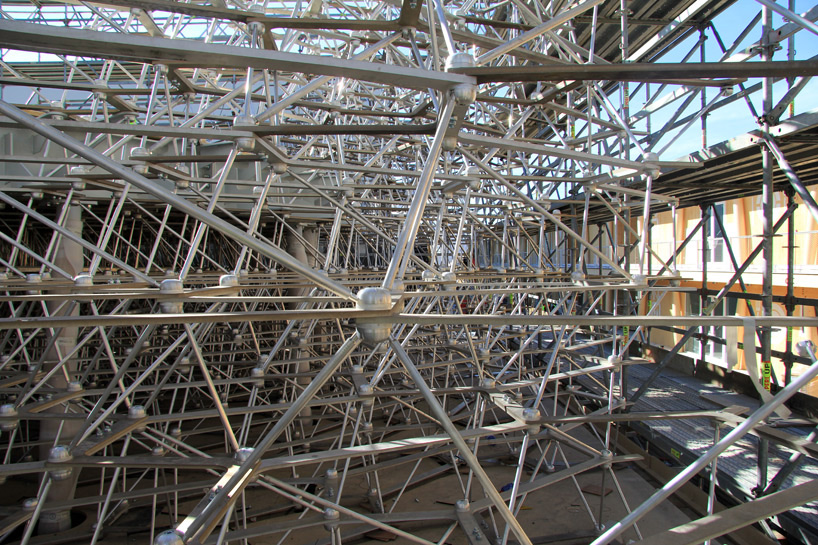 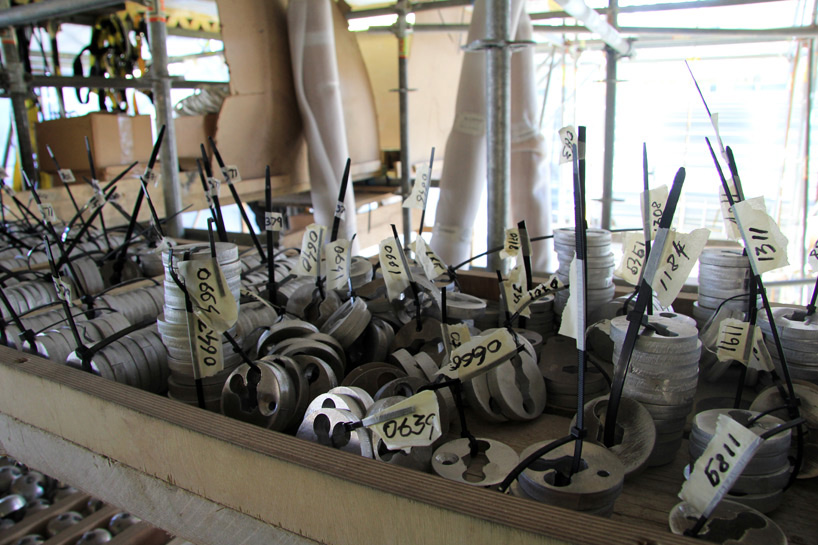 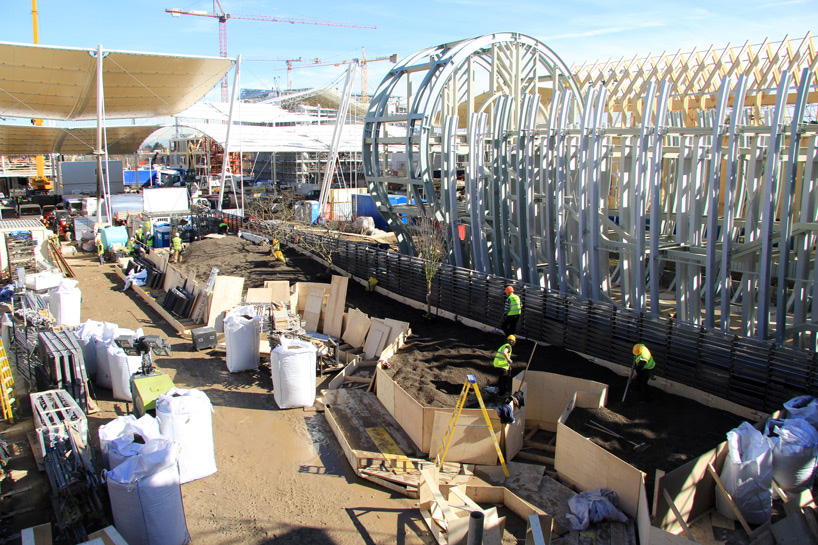 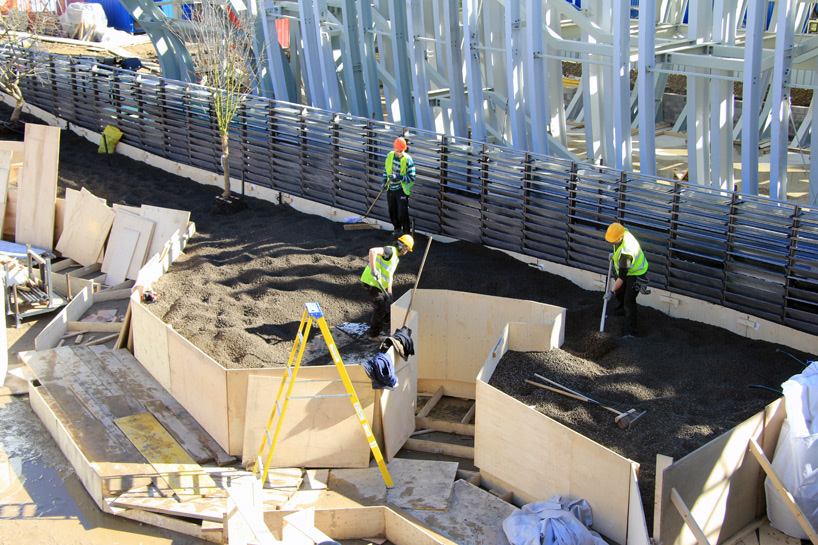 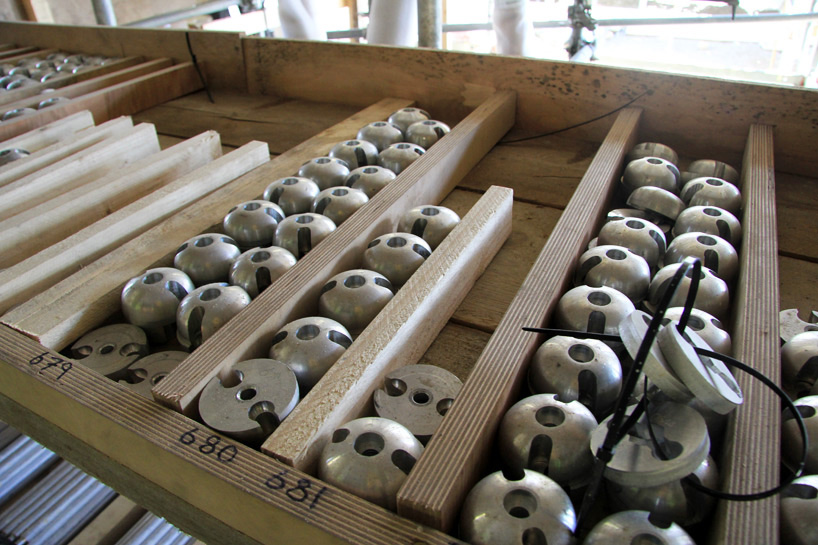