expo milan 2015: inside the hive with wolfgang buttress at the UK pavilion
image © designboom

since opening its doors on may 1st, milan’s expo 2015 has showcased contributions from 145 participating nations. as one of the site’s national pavilions, the UK’s temporary structure takes guests on a journey through a quintessentially british meadow to the ‘hive’ – a cuboid lattice that forms the centerpiece of the design. to understand more about the pavilion, and the complexities involved in the design process, designboom spoke with artist wolfgang buttress, and architects BDP. designboom also spoke with mark braund of architects BDP, who explained how the collaboration with wolfgang buttress came about, and some of the complexities involved in the project.

designboom: how did the collaboration with wolfgang buttress come about?

mark braund: we very regularly collaborate with artists, and this commission came through our landscape architect, who had collaborated with wolfgang on a few landscape based projects in the past. so wolfgang had seen the UK pavilion competition and sent a message to say would you be interested, and if we can, put in a submission.

we got involved architecturally in the process at that point. the starting point was to create a journey rather than a building, or a hive. the plight of the bee got brought in very early in the process as something that could carry the weight, and was important for an expo event like this. 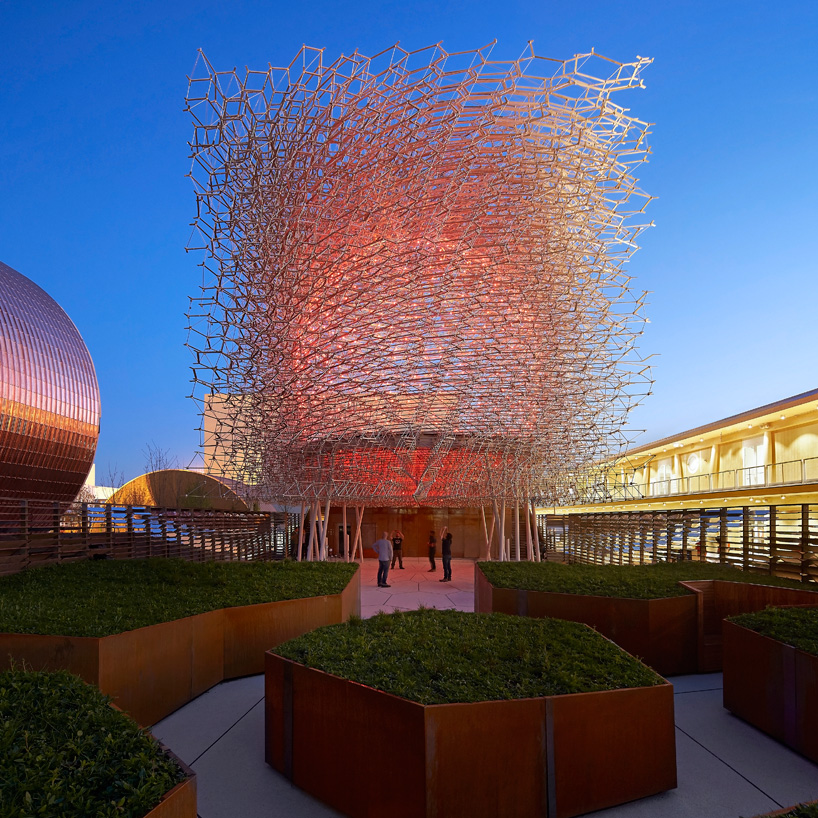 DB: can you talk about some of the structural aspects of the hive?

MB: we collaborated with a number of people on the pavilion. one of the key design team members is a brilliant engineer called tristan simmonds, and he’s created something with wolfgang on a number of occasions to deliver the artistic vision that he has. this is very much a product of that collaboration. wolfgang wanted the structure to be incredibly delicate and incredibly light, so that you were able to see through it, but at the same time feel contained within the central sphere. the prime narrative that sat behind that was to have the rods that connect the hive no thicker than a finger, so that it felt very, very delicate as a structure. 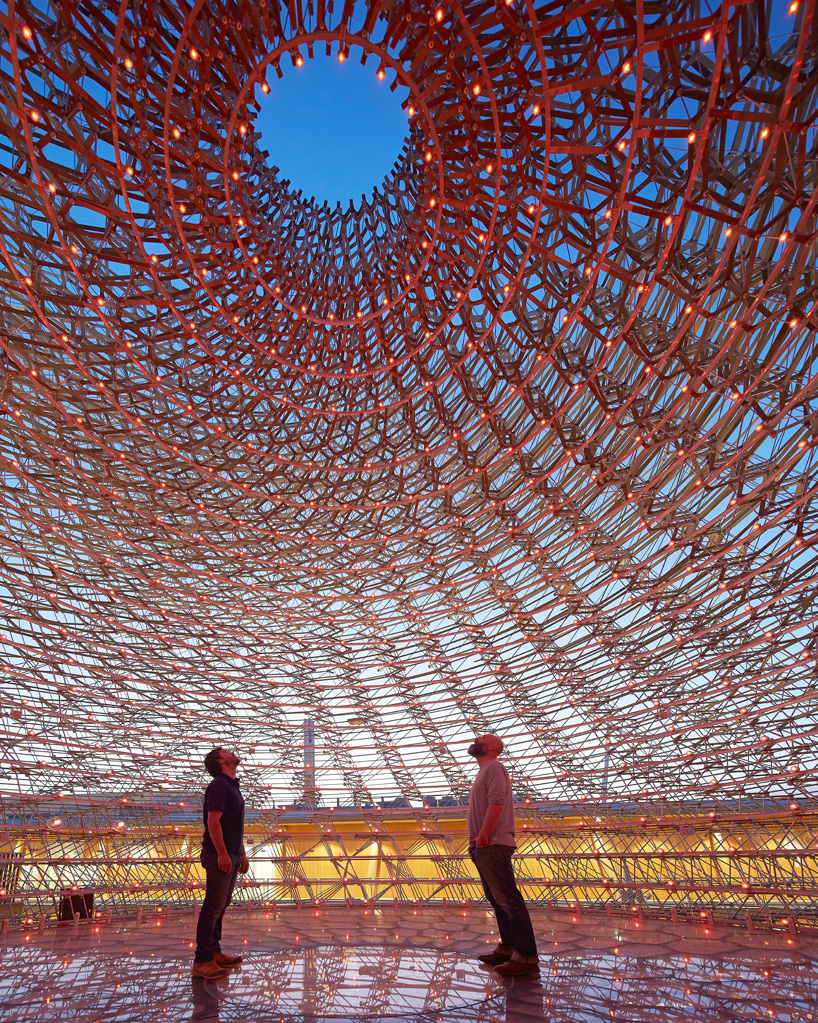 DB: can you elaborate on some of the challenges you encountered during the project?

MB: there has been a number of challenges, probably most of them driven by budget constraints. we have had to be creative with the way we plan things and the details that we choose, but we’ve also had to be creative with going out and talking with sponsors in order to get them involved. there’s been loads of people involved in the process to make the budget go as far as it can in order to deliver things like the hive and the glass floor.

see designboom’s previous coverage of the UK pavilion here; and more of our stories on expo milan 2015 here. 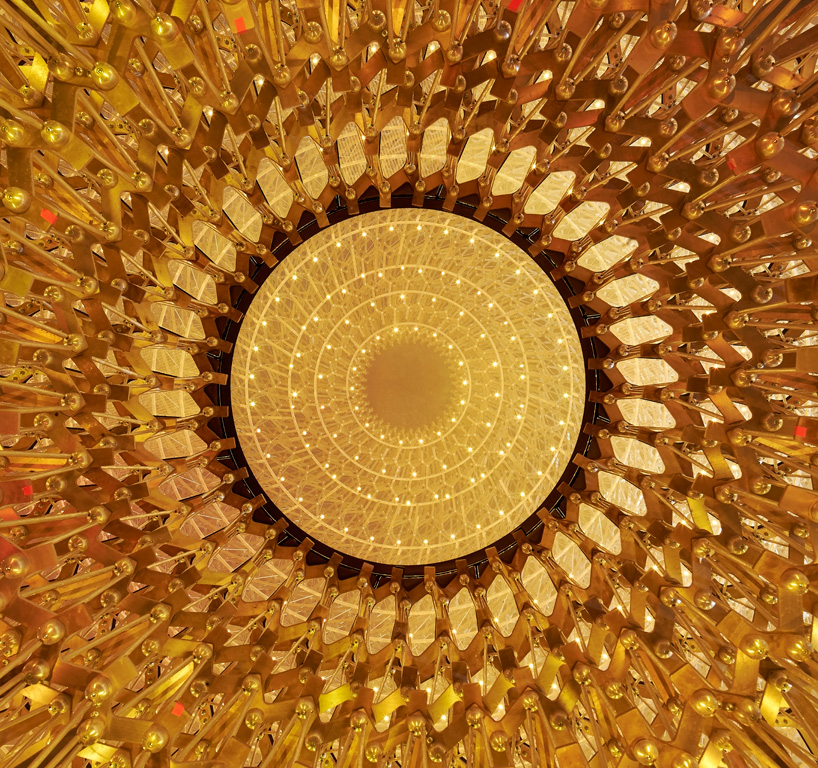 looking upwards through the cuboid lattice
photo by hufton+crow 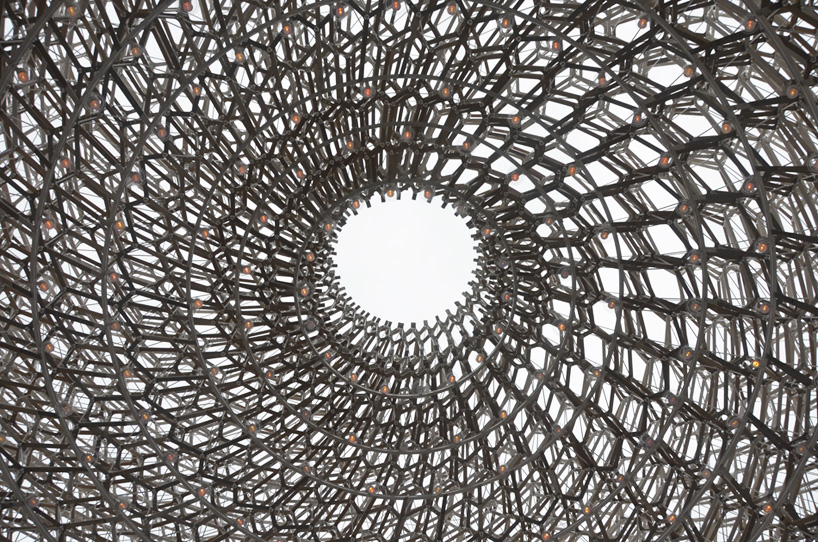 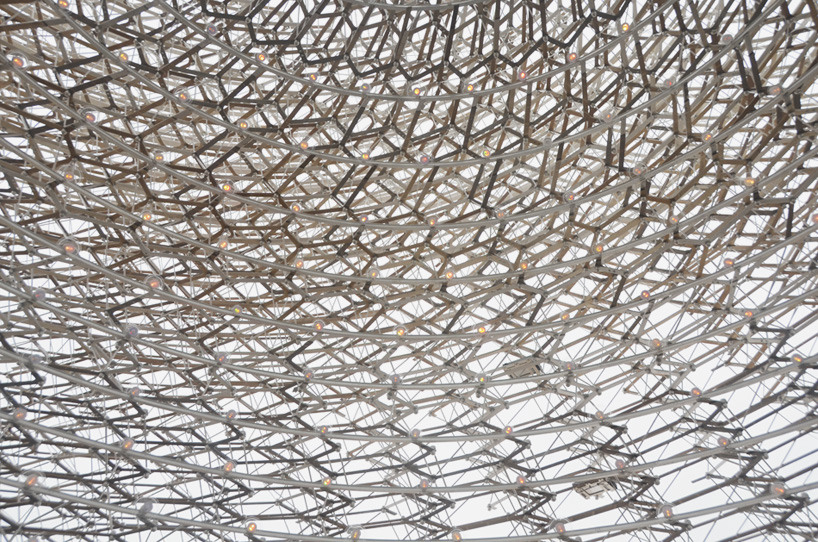 the design contains a number of LED lights
image © designboom 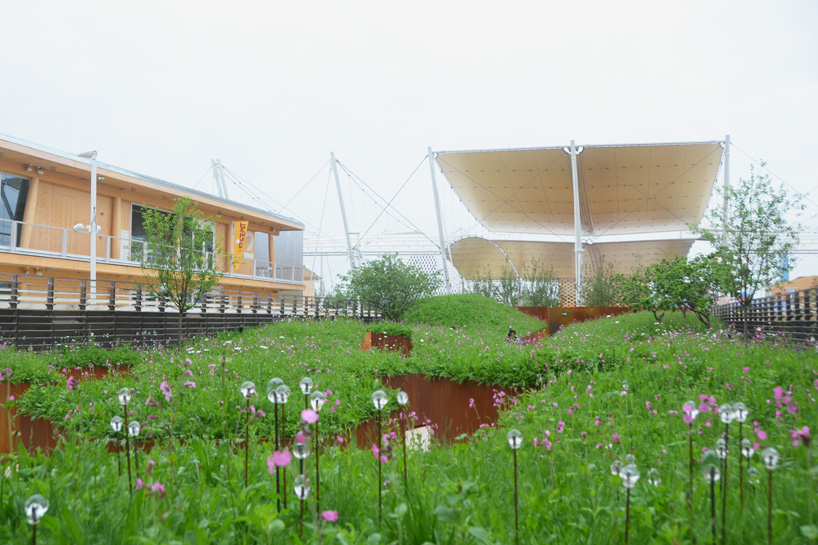 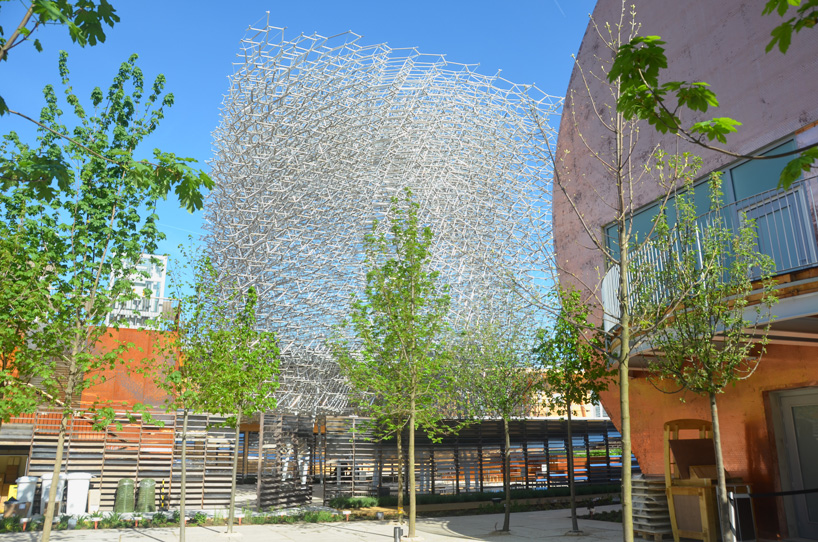 the UK pavilion viewed from a neighboring plot
image © designboom 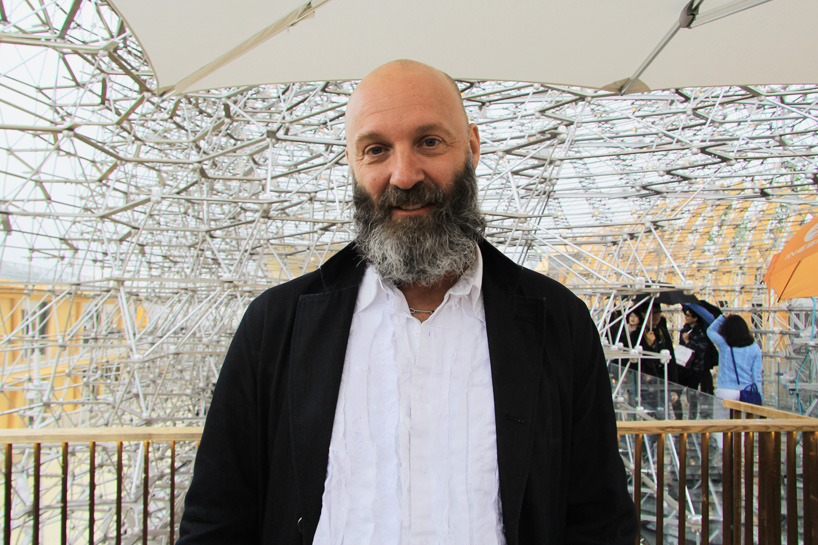