researchers at the vienna university of technology (tu wien) have developed a new approach to bridge-building. demonstrated for the first time in austria last week, the team has connected opposing sides of two rivers with a construction that unfolds like an umbrella. 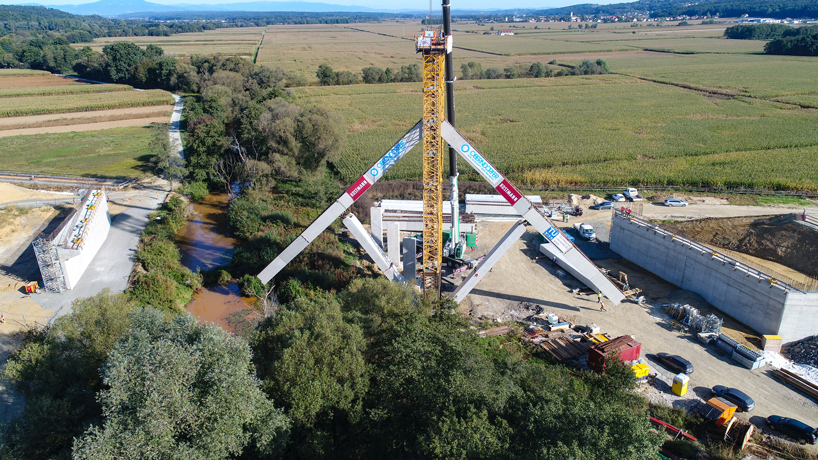 the erection girders are mounted in a vertical position on both sides of a concrete pier and are then unfolded, like an umbrella. they consist of thin-walled prefabricated elements with steel reinforcement and are initially hollow. once they have reached the final horizontal position they are filled with concrete. 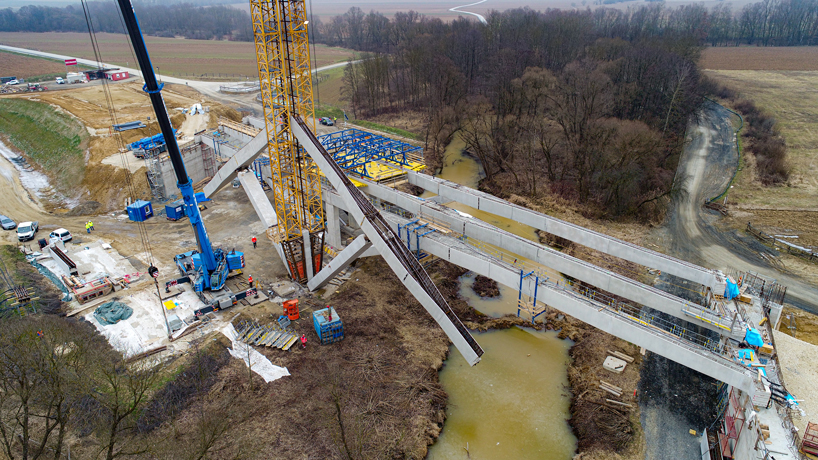 ‘the two girders are connected to each other at the top, directly above the pier,’ johann kollegger, of the institute of structural engineering of tu wien explains, explains. ‘with hydraulic systems, this joint is then slowly lowered, and the girders unfold to both sides.’

‘erecting bridges using scaffolding usually takes months. the elements for the balanced lowering method on the other hand, can be set up in two to three days, and the lowering process takes around three hours.’ 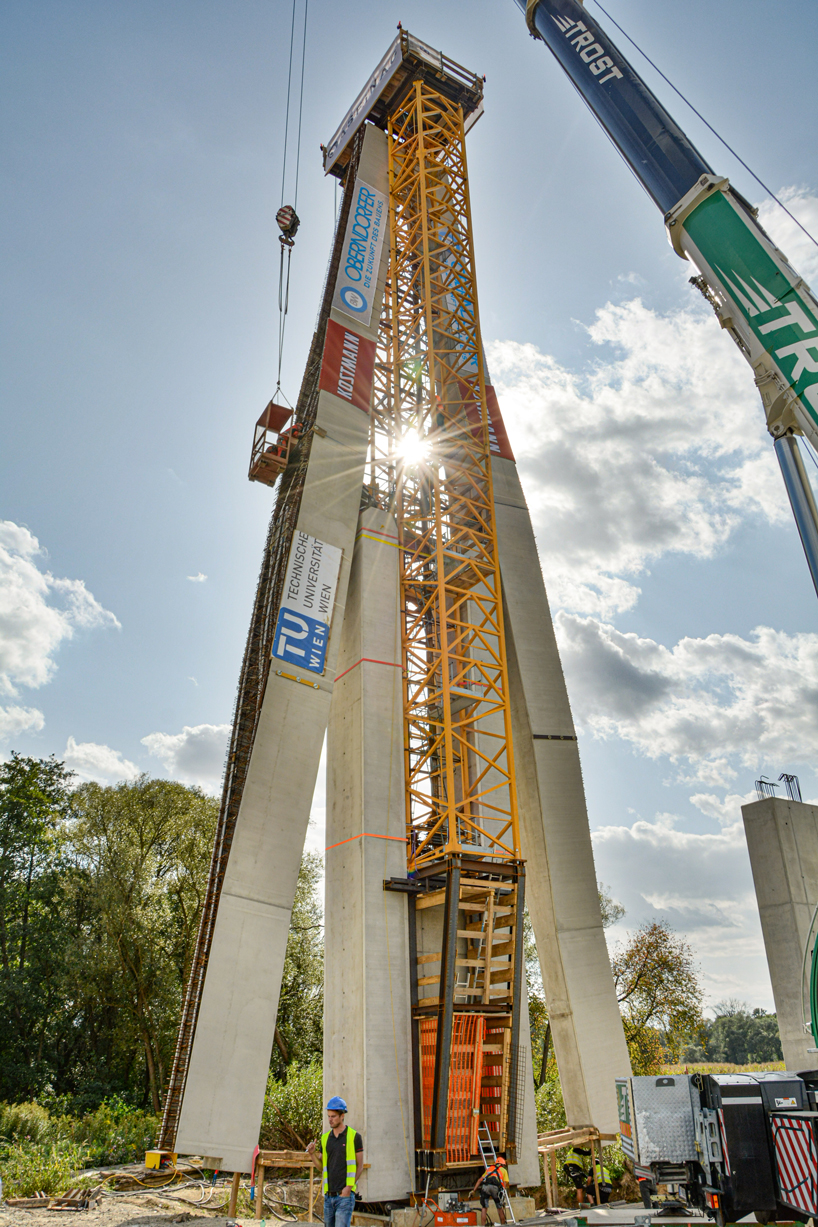 the new bridge construction method not only saves time but also money, and the durability of the bridge is the same if not better than that of bridges built using other methods, kollegger emphasizes. the balanced lowering method could prove particularly advantageous in areas with difficult terrain or uneven terrain that is better left undisturbed, like a nature reserve.

the team carried out large-scale testing of the method back in 2010, and has since been fine-tuning it ahead of its first application by the ASFINAG. asfinag is currently building the new s7 motorway, which will pass fürstenfeld over the lahnbach and the lafnitz rivers. 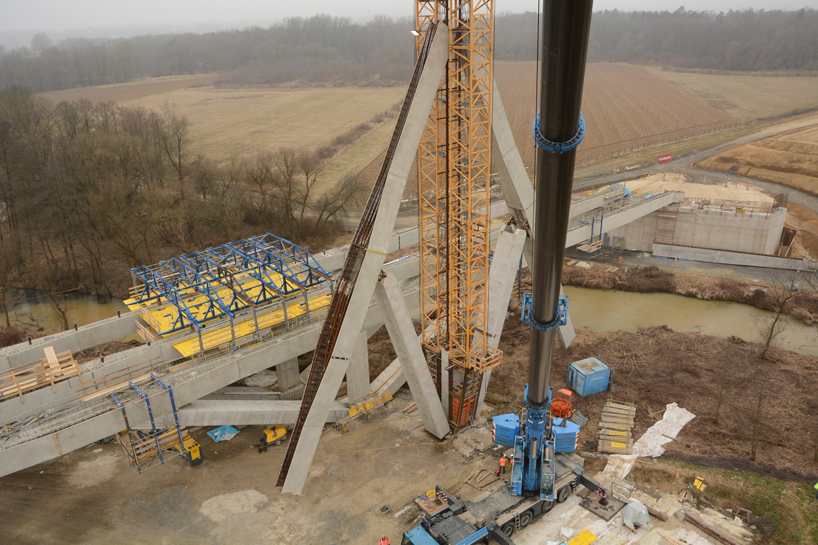 the rotated girders of both bridges were 36 meters in length, resulting in a span of 72 meters post lowering or unfolding. each girder weighed approximately 54 tons. once unfolded, the gaps between the unfolded bridge and the abutments were spanned using suspended girders, resulting in a total length of approximately 100 meters in case of the lahnbach bridge and 116 meters in case of the lafnitz bridge.