the design of the UNStudio pavilion initially uses the orthogonal setup of the city and park grid. the edges of the pavilion follow the strict grid system of the surrounding city and park geometry. burnham’s plan one hundred years ago introduced this generic grid as the main generator of the city texture. however alongside this he also introduced a device to read both specificity and variation in the form of the diagonal boulevards, thereby creating specific vistas throughout the city.

the UNStudio pavilion operates in a similar way, but in contrast uses the entire spectrum of 360 degrees. instead of burnham’s tectonic layering of the city, the pavilion introduces a gradient between its ingredients of floor, wall and ceiling in a floating and continuous form. the hierarchy of the horizontal or vertical plane is converted into an understanding of a space as continuous transformation and fluidity. the initially horizontal panorama on top of the pavilion’s podium smoothly shifts diagonally into the three roof openings, framing vertical views of the city skyline. 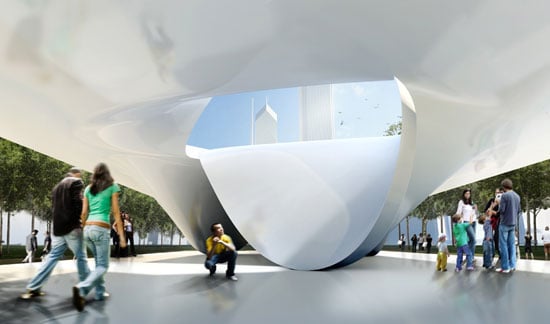 light installation: to emphasize the shape and geometry of the building also through the night, a sophisticated lighting device is introduced. built into the podium of the pavilion, a system of 49 led lights illuminates the fluid forms of the structure in between the two horizontal levels of podium and roof. in real-time the ever changing animation of light varies in intensity, color and, interactively, the rhythm of activation. 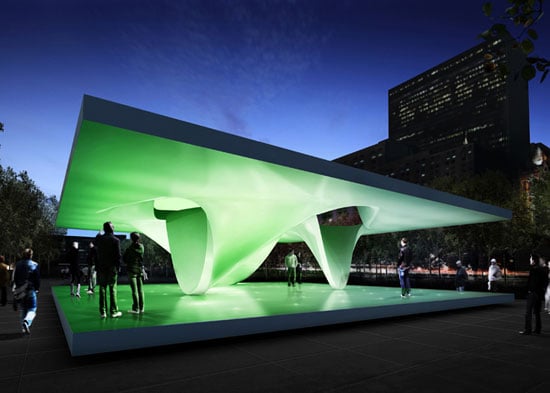 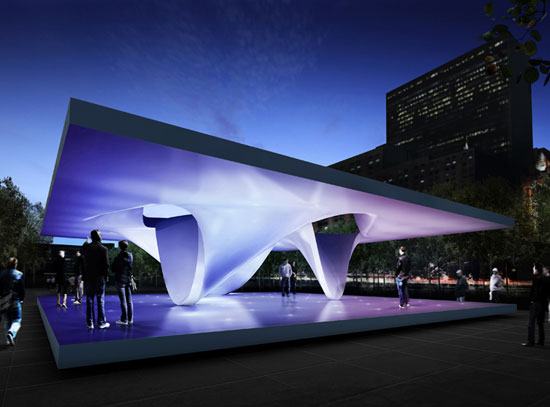 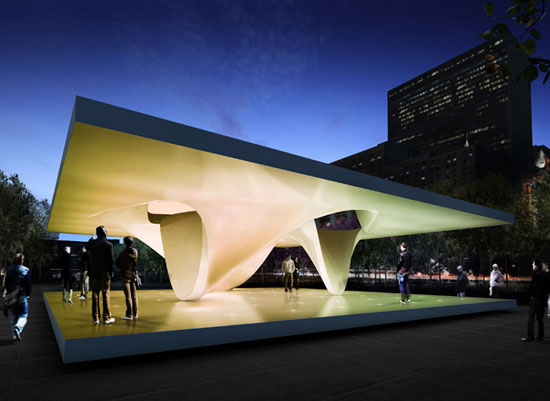 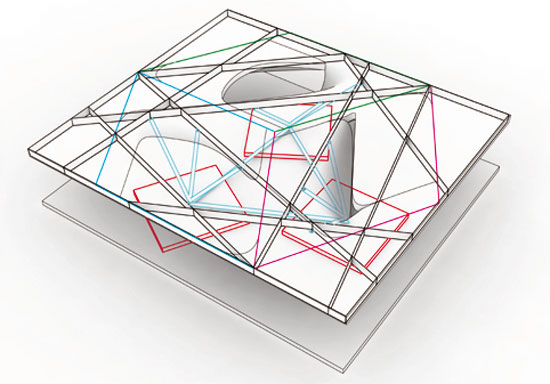 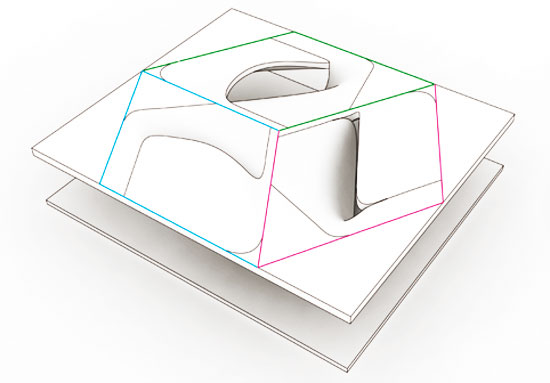 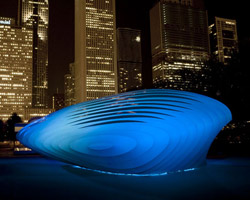