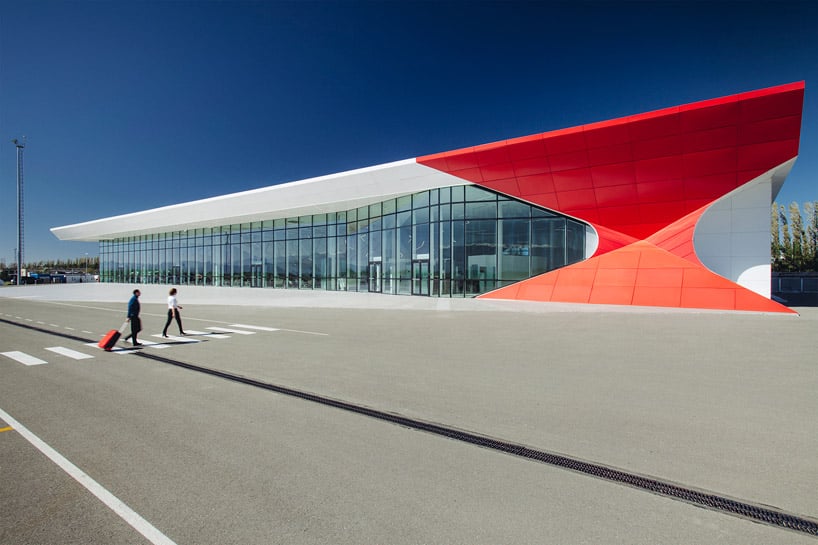 the recently completed kutaisi ‘king david the builder’ international airport in the country of georgia is targeted to serve up to one million passengers annually beginning in 2014-2015. despite being 200km from the capital, tbilisi, the hub is expected to welcome political figures and diplomats as well as tourists and national travelers. traditionally, georgian vernacular buildings have distinct entrances which display their individual character. as a kind of welcoming vestibule to the country, UNStudio has created a design to manifest the rich culture of the dynamic young democracy located at the crossroads between eastern europe and western asia. 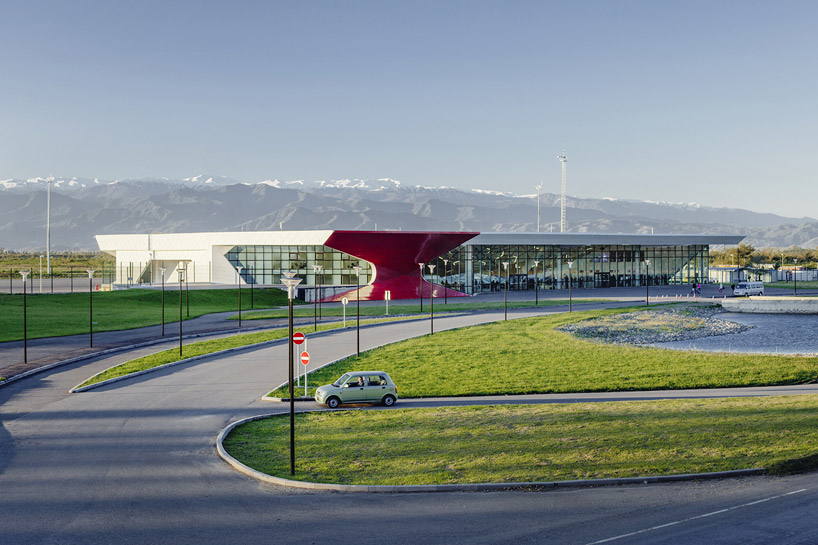 the project encompasses full development of the airport and it supporting services. the scope includes runway renovation, landscape masterplanning (including future expansion), and the design of  the terminal building, offices, meteorological station and air traffic control tower. 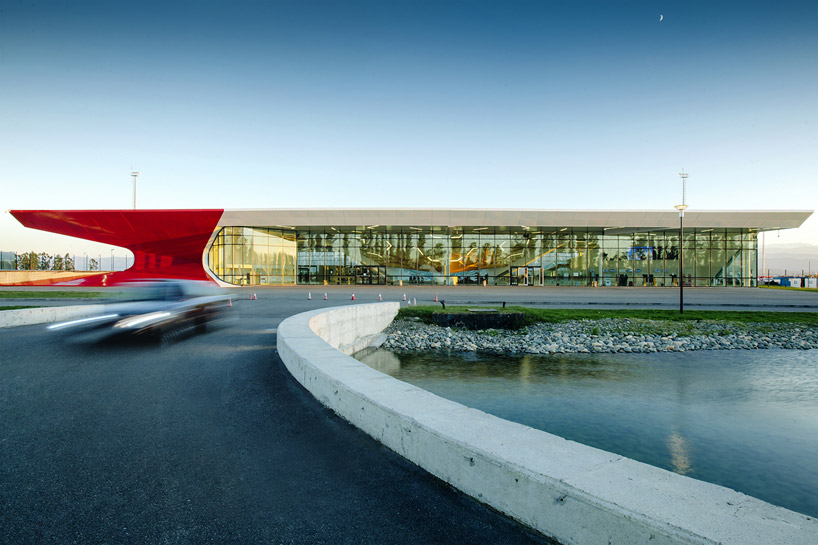 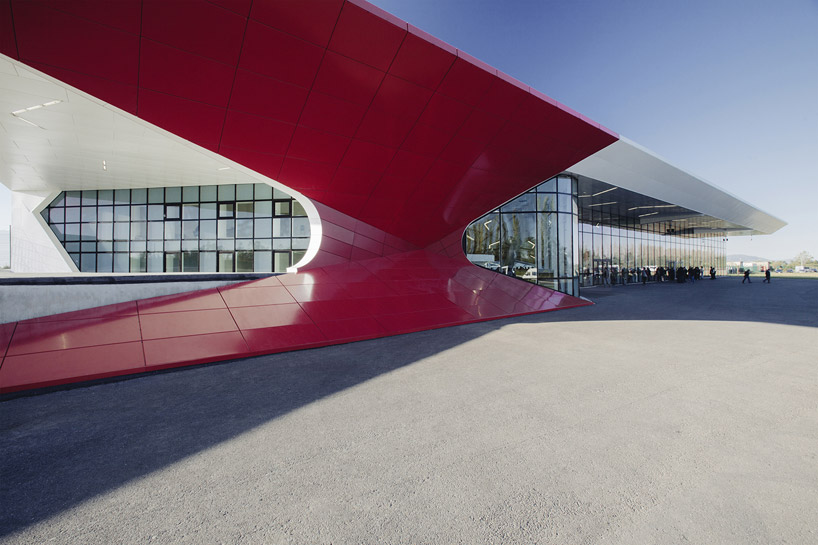 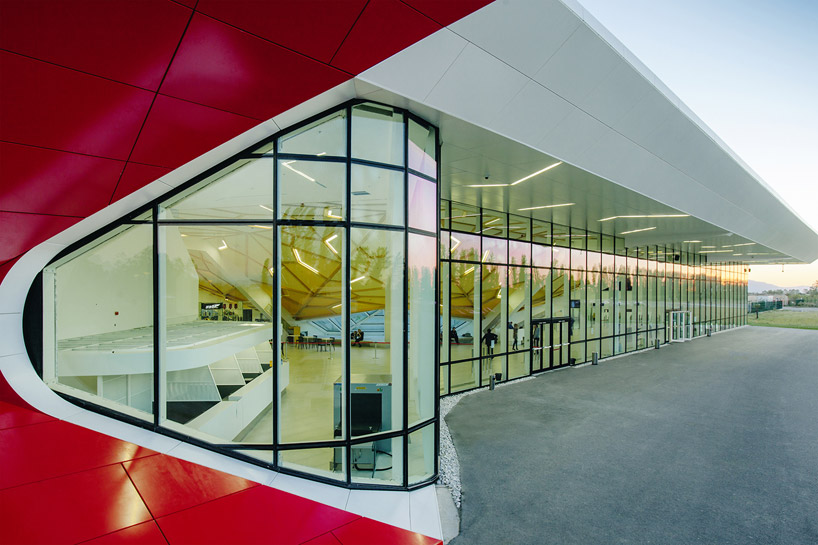 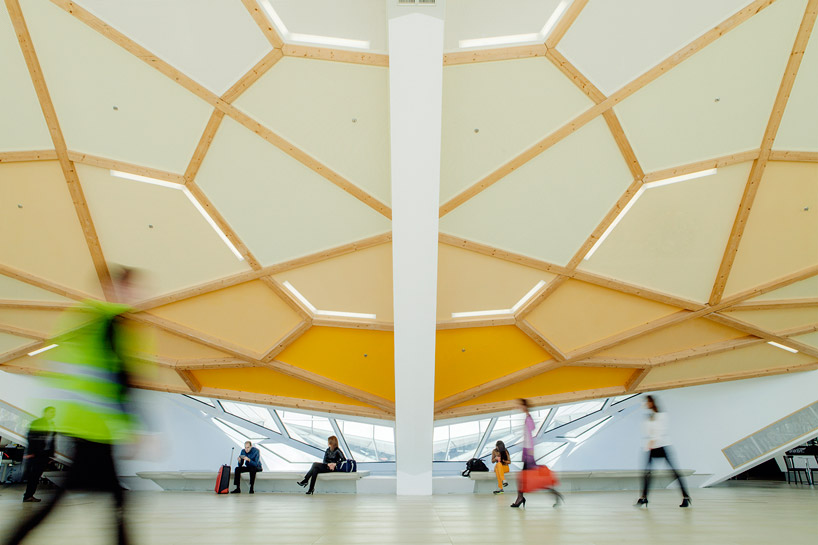 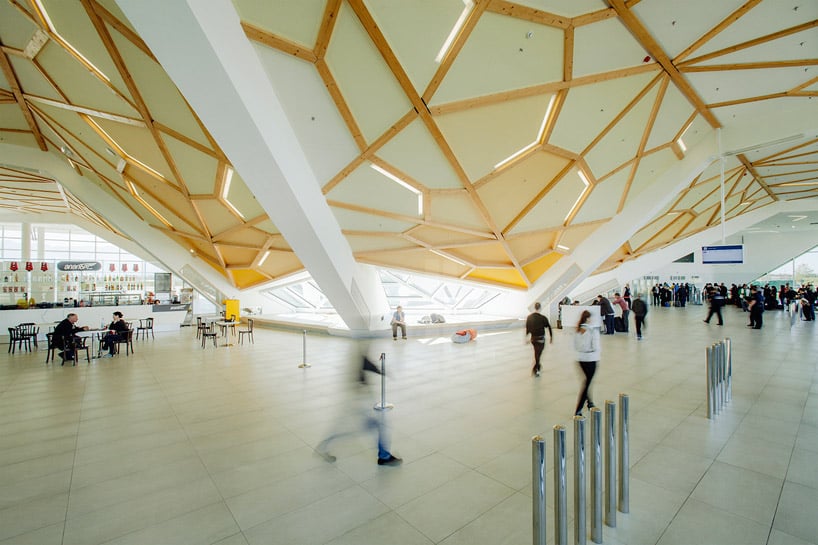 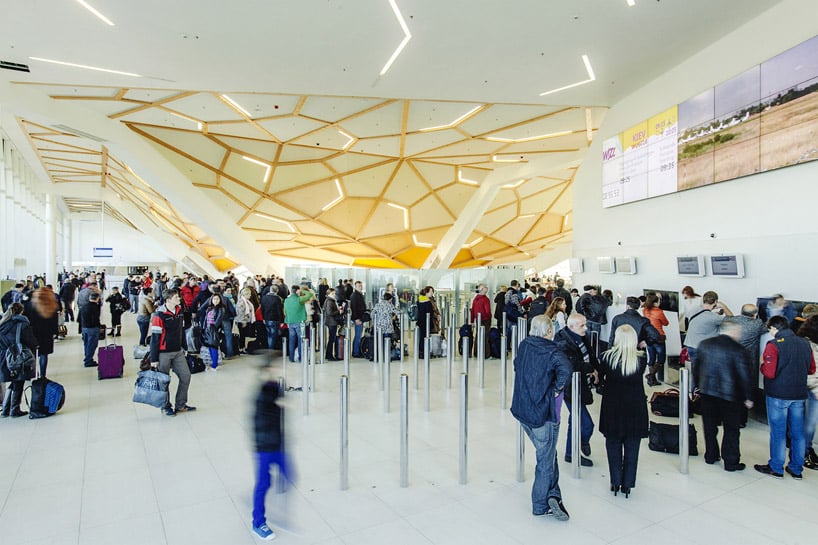 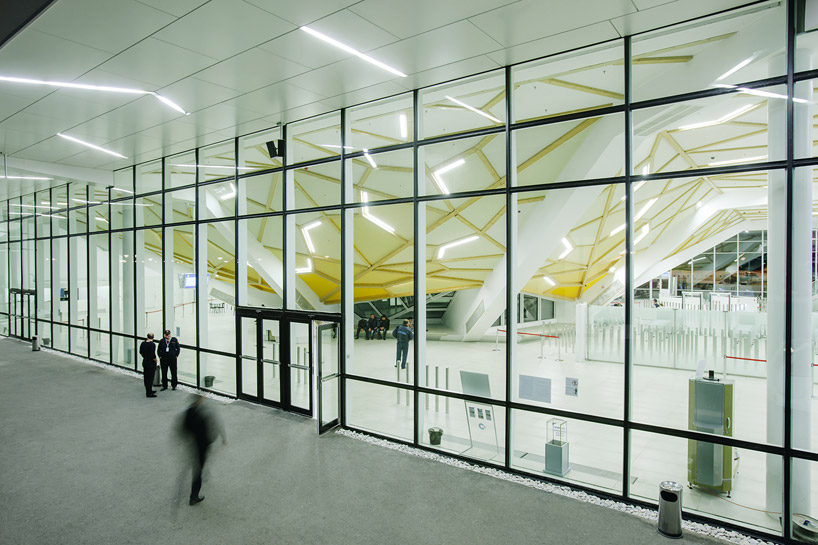 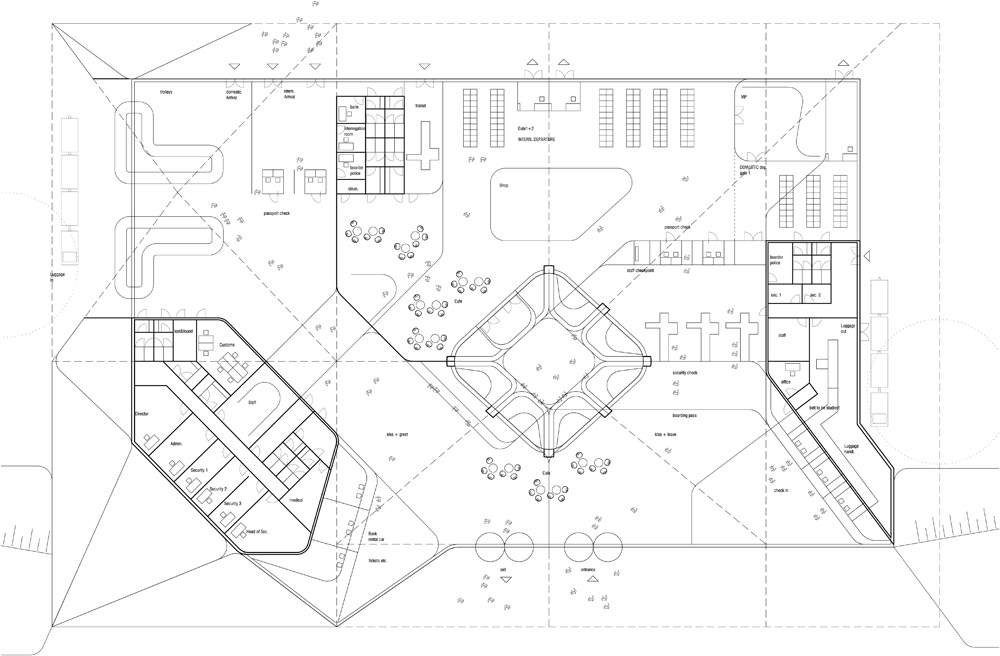 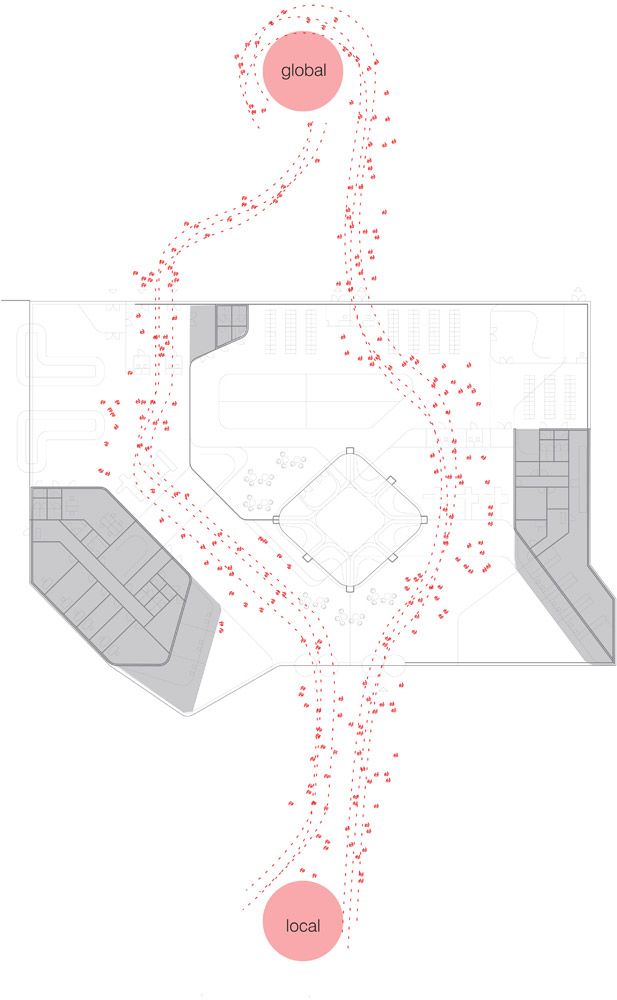 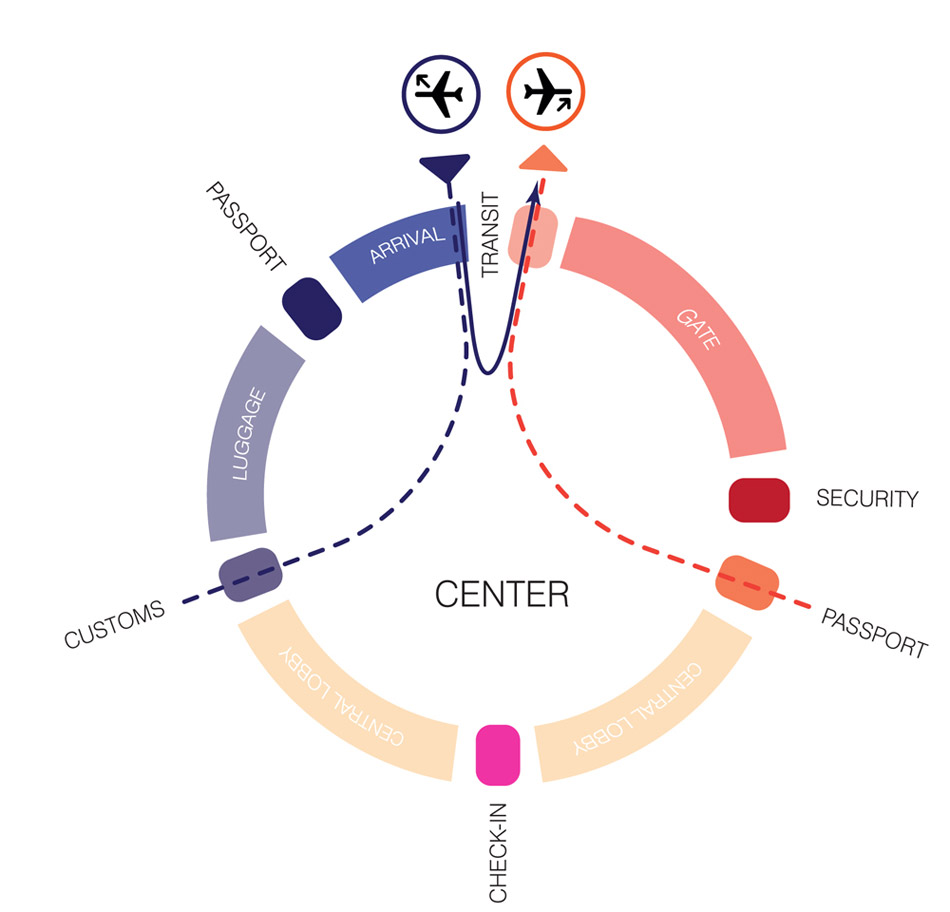