internationally practicing office UNStudio, with consortium DUO2, has completed ‘EEA & tax offices’, a 92-meter tall office building for the education executive agency and tax offices in groningen, the netherlands. characterized by a series of undulating curves that wrap around two an asymmetrical base and tower form, the project is one of the most sustainable large-scale office buildings in europe. 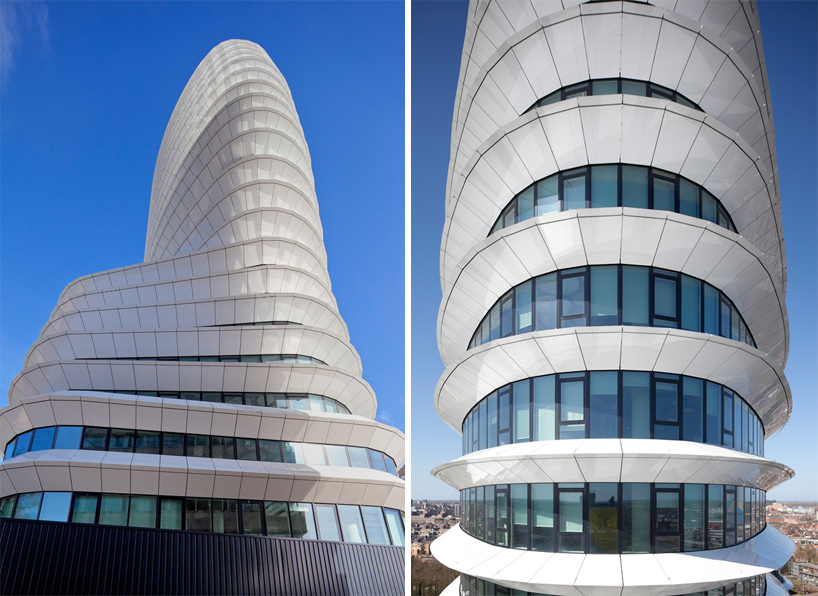 taking into account its site – local woodland with rare and protected species – the building is organic and aerodynamic in its expression, featuring a multitude of curves in its overall form. the circumscribing horizontal stripes which protrude out and shade the glazed surface lend the structure a dynamic and identifiable character. a large public city garden will surround the plot and provide a meeting place for the local citizens with a multifunctional pavilion. 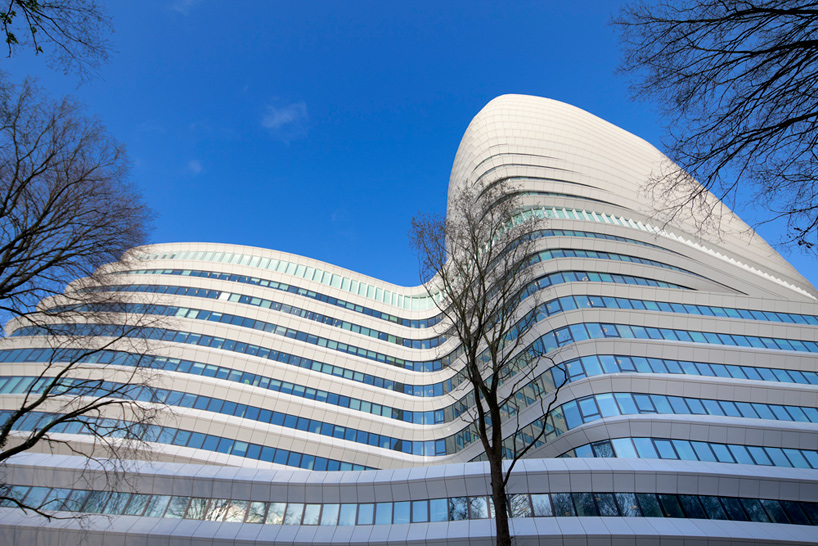 accommodating 2,500 workstations as well as an underground garage for 1,500 bicycles and 675 cars, the project seeks to focus on the user’s functions as well as the quality of the working atmosphere. ‘we paid a great deal of attention to how people would move through the building,’ says ben van berkel, principal architect of UNstudio. ‘the office spaces are designed in such a way that they do not create simple linear corridors leading to dead ends but instead each corridor has a route which introduces a kind of landscape into the building. you can take endless walks through the building, where there is a great deal of transparency, also towards the surrounding landscape.’ 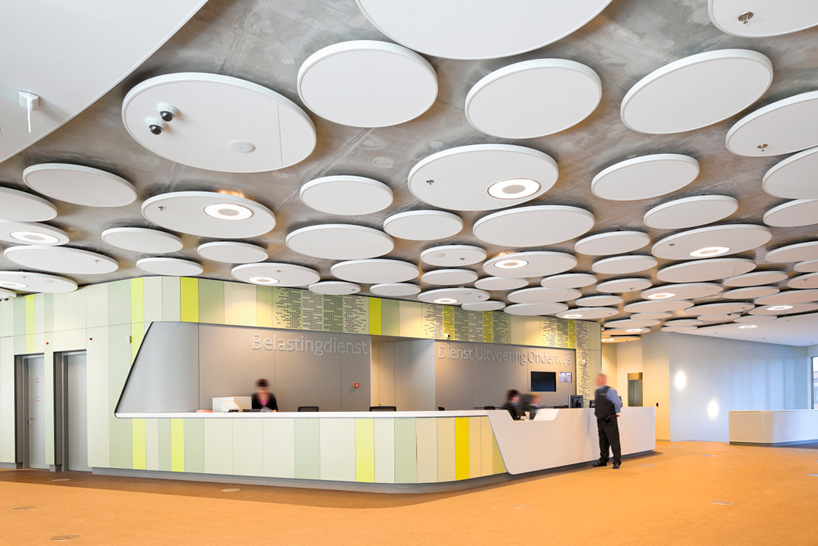 conceived to be one of europe’s most sustainable large new office buildings, the project is the result of extensive consultation and research. the involvement of these specialists from the start directed not only the creative aspect of the design but also reduced the total costs of the construction. some sustainable features that holistically reduce the building’s energy consumption includes the minimization of material expenditure from compacting the floor height from 3.60 m to 3.30 m; underground long term energy storage and concrete core activation; natural lighting and ventilation; as well as the flexibility of the structure’s lifecycle, which enables it to easily be transformed into housing in the future without major modifications. 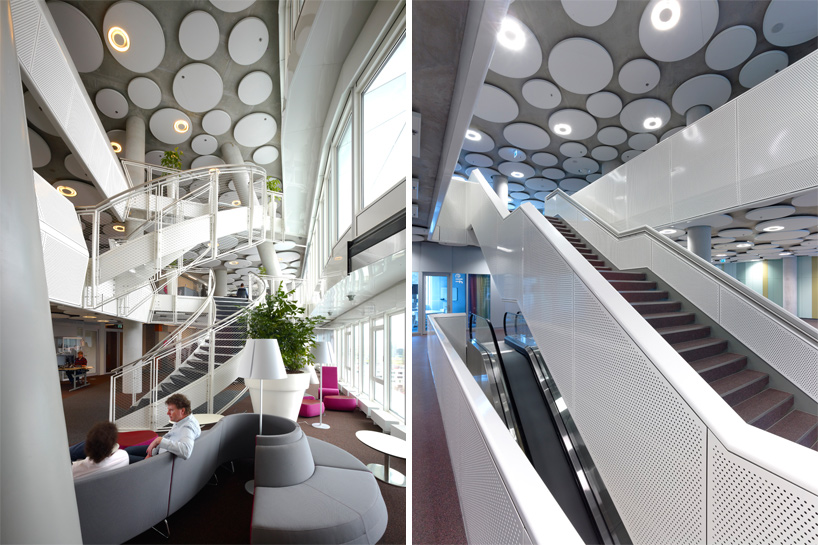 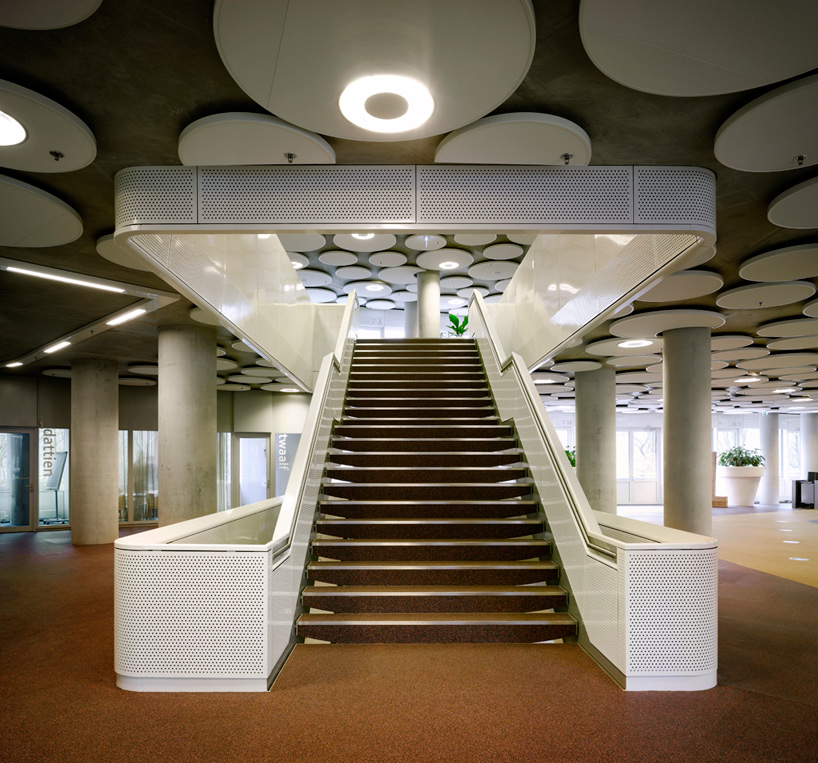 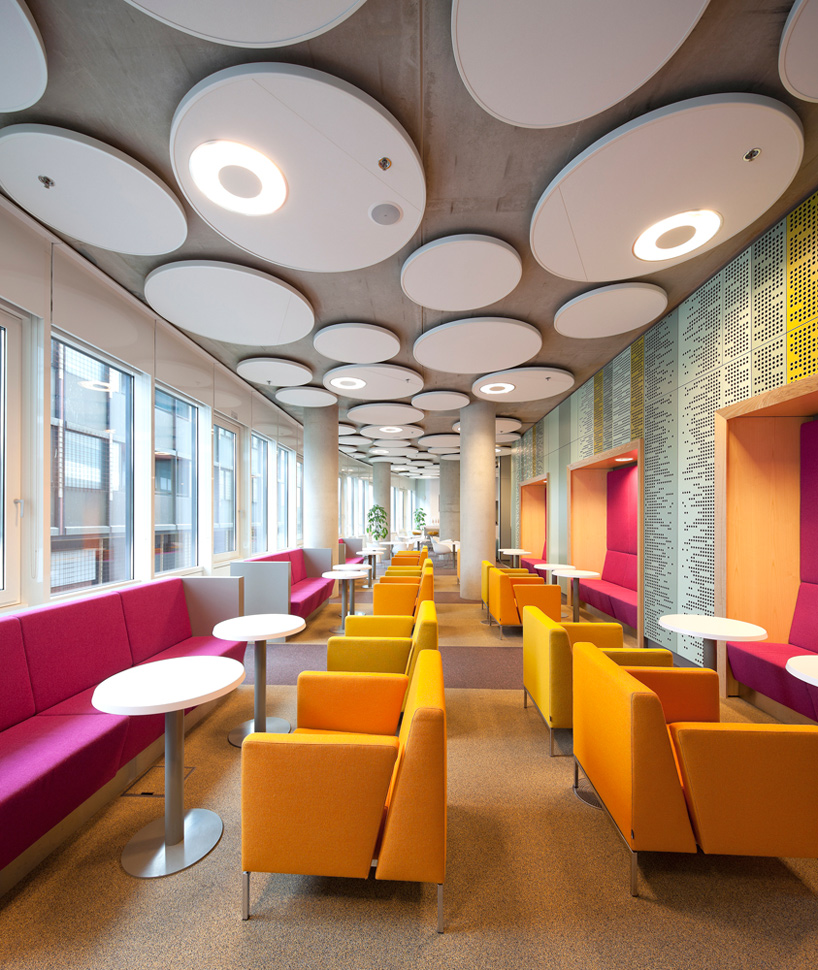 booths in the tax office image by ronald tilleman 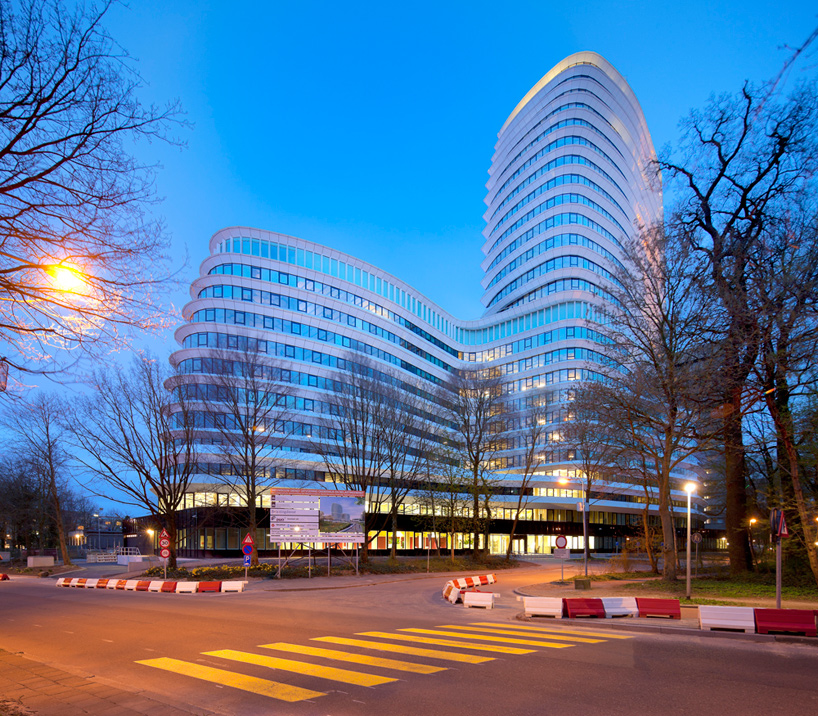