internationally renowned practice UNStudio has completed ‘galleria centercity’, a multi-storey department store in cheonan, south korea. recognizing the current behavioural tendencies in asia where places of retail also serve a highly social function, the project focuses on providing a memorable experience for the shoppers by treating the communal space as a point of cultural exchange. 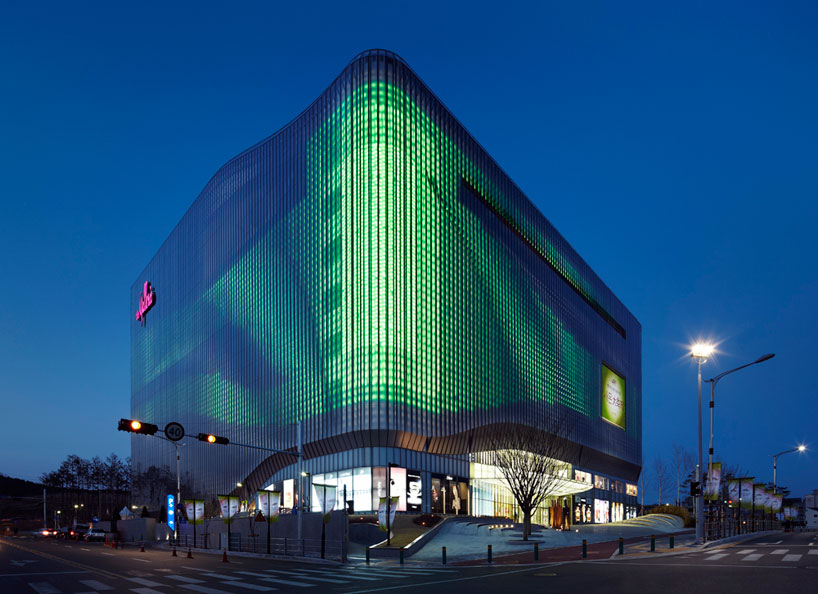 featuring a double-layered facade, the exterior is characterized by a trompe l’oeuil pattern of vertical mullions which skew the sense of scale of the 66,000 m2 building. computer generated animations specially designed by UNStudio are incorporated into the lighting design, creating a media facade that illuminates the structure in a multitude of colours and effects. the dynamic display lends the retail facility a distinct identity, facilitating a holistic and site-oriented urban approach to branding. during the day, the building adopts a monochromatic reflective appearance. 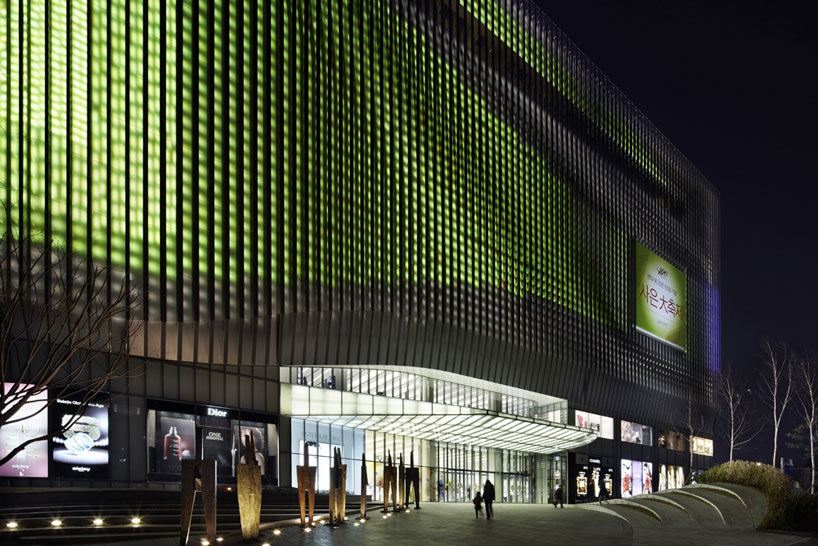 ‘the most interesting thing to me about the effect of the galleria cheonan is that, because of the organisation of the atrium and the moiré treatment of the facade, illusions are created which result in the seeming alteration of scales and the creation of double images. no image is permanent in this building,’ says ben van berkel, principal architect of UNStudio.

strategic openings in the inner facade layer provide ample daylight into the interior. largely finished in white, the need for artificial lighting is minimized. overheating is also avoided by the lamellas of the outer skin that prevent direct sunlight from entering the center. 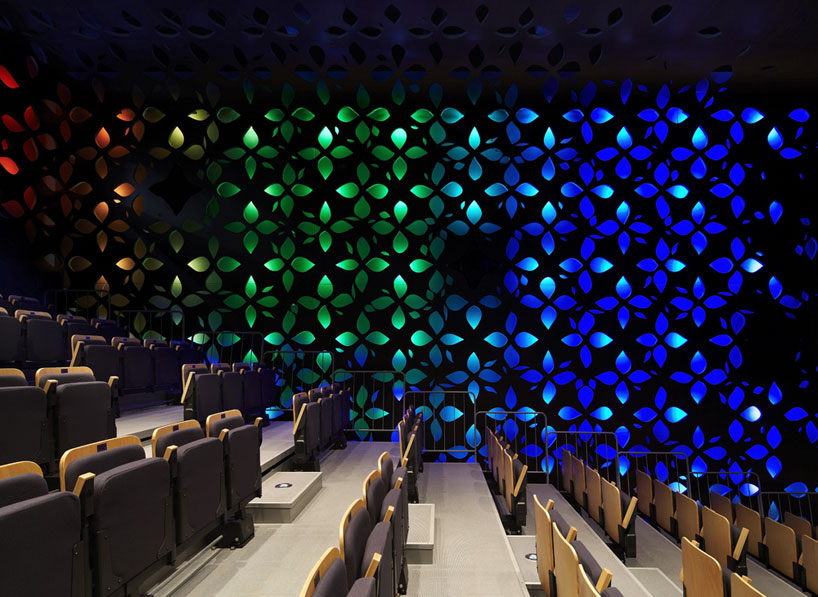 the interior is organized and revealed in layers that seeming unfold and transform as visitors move throughout the space. centered around the main architectural theme of dynamic flow, the levels are characterized a repetition and accumulation of curves. four stacked program clusters, each accommodating three storeys and public plateaus, are linked to the central void. the arrangement facilitates a fluent upstream of rotational circulation from the ground floor atrium to the roof terrace. establishing a number of visual connections throughout, the resulting effect is an open and energetic interface that focuses on the user. 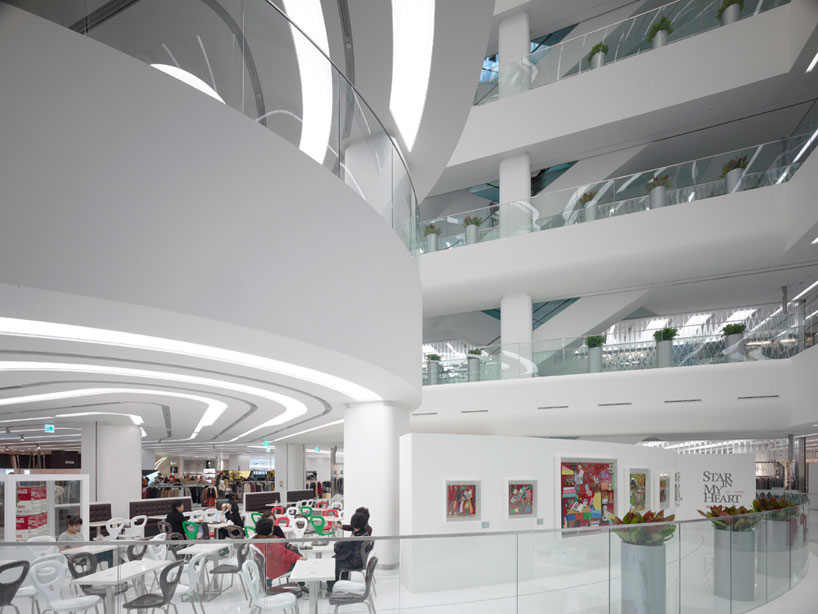 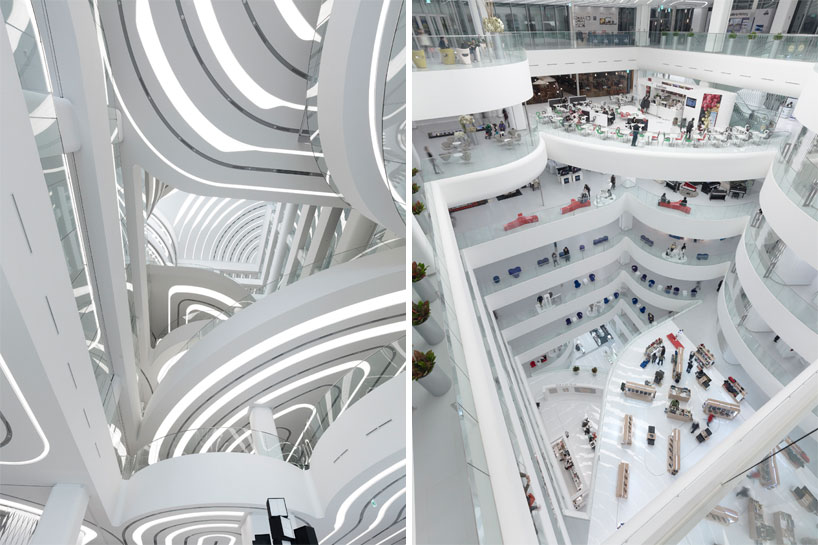 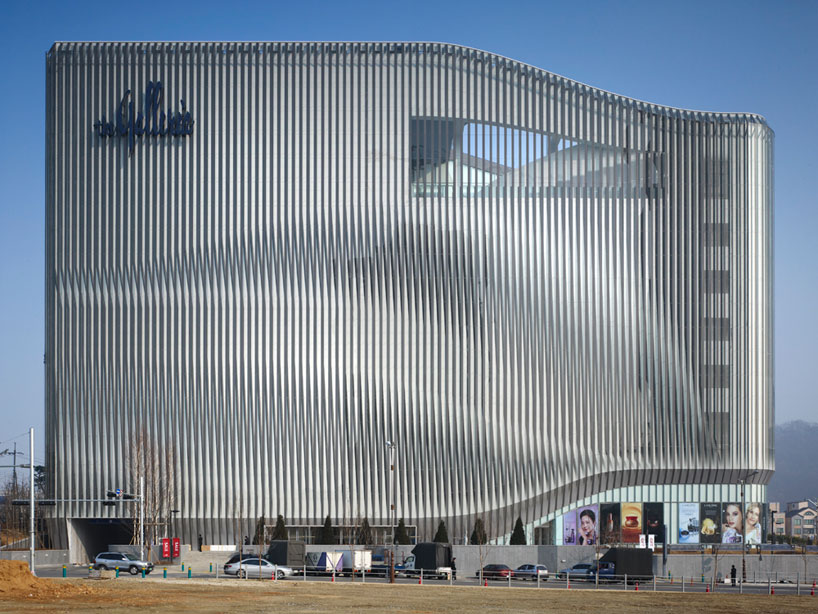 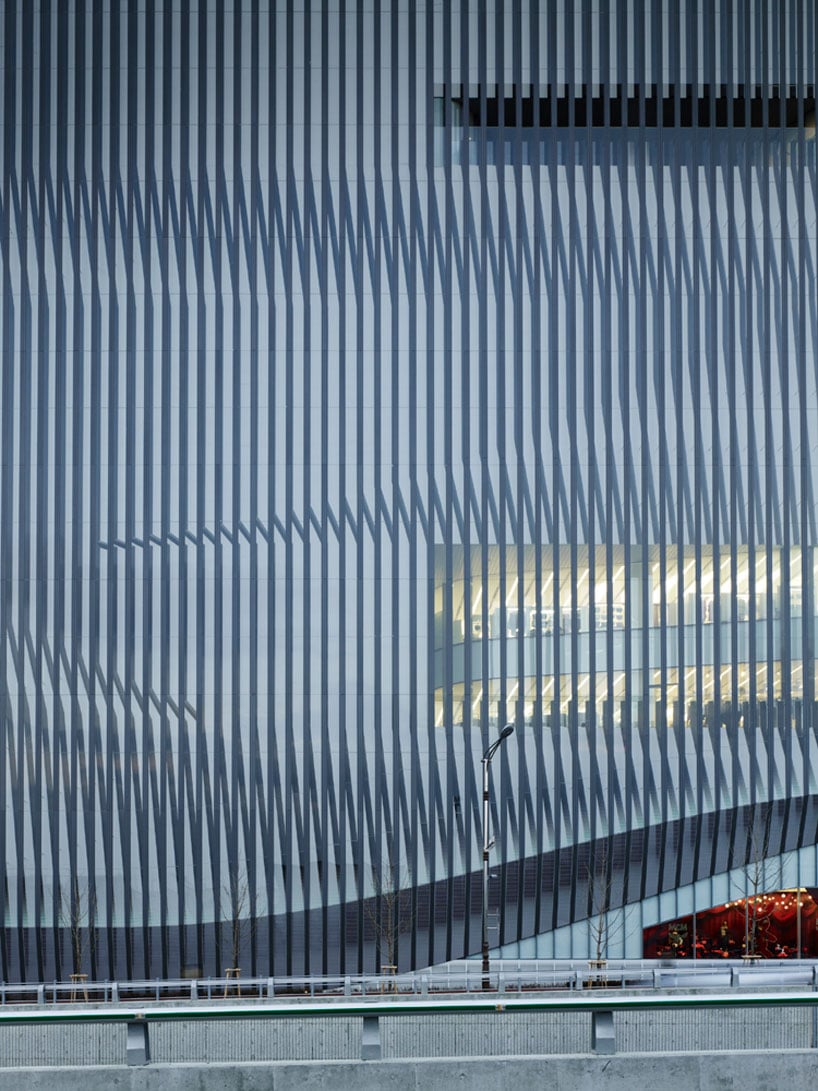 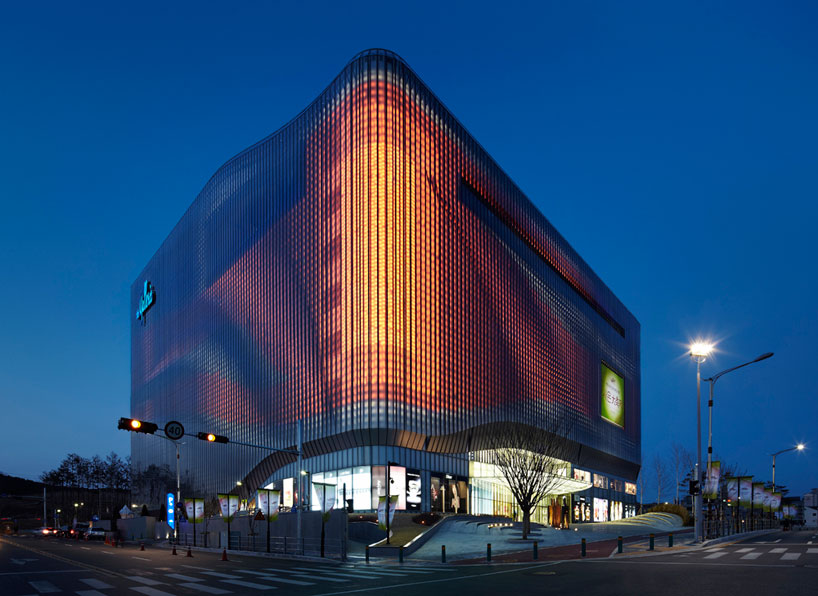 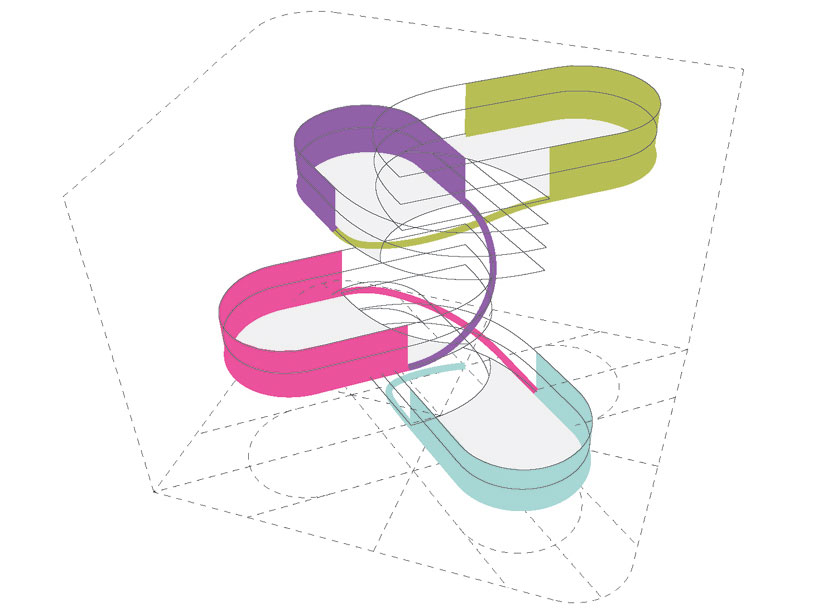 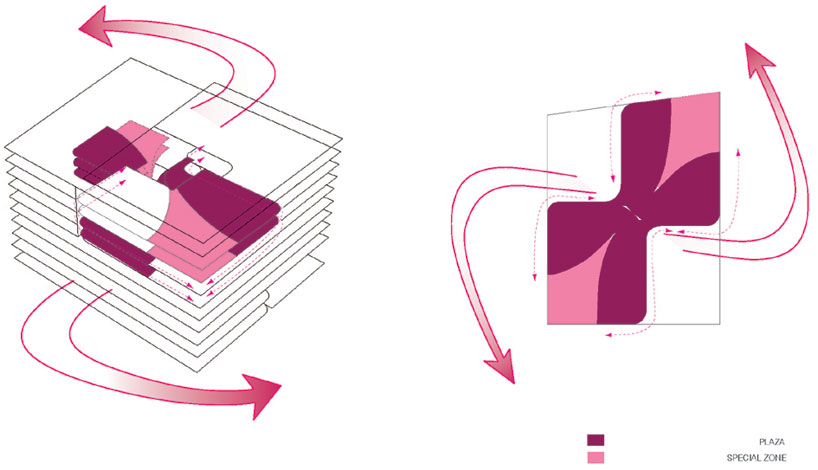 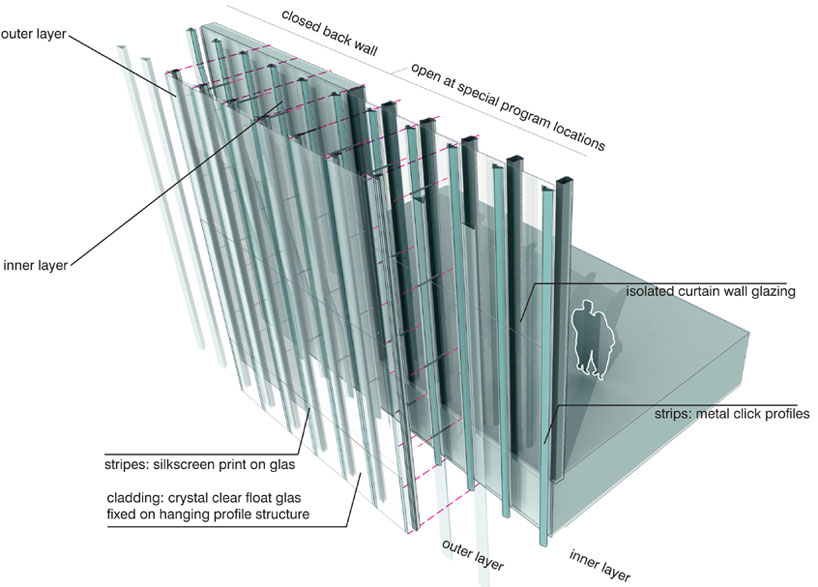