opened officially in september 2012, the UNStudio-designed georgia kutaisi international airport has been growing at an impressive rate from 12,915 passengers per year to more than 300,000 in 2016. in order to be able to handle the predicted 1,000,000 passengers by 2020, UNStudio has been invited to design a large extension to the existing terminal. 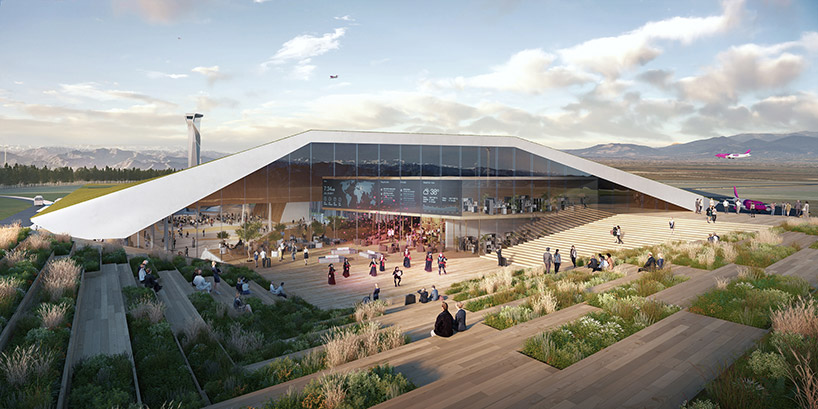 renderings and animation by VA-render

when designing the new kutaisi international airport extension, UNStudio took advantage of the linearity of its previous composition while introducing a sense of place through the topological variation that references the caucasus mountains on the horizon. the umbrella-like lobby and the external courtyard of the existing terminal will be transformed into the departure hall while the arrivals hall will be situated on the other end of the new terminal. this one will have a formal functional approach with maximum area for underground luggage handling and customs service. 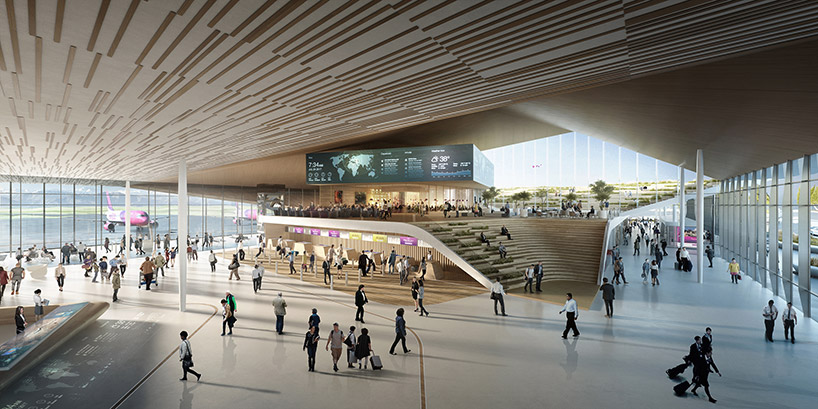 the large airport extension aims to maintain a user-oriented experience where the health and comfort of every passenger is serviced through the correct application of architecture and spatial design. to do so, five clear and distinct functional areas were created: departure hall, security area, central passenger hall, back of house offices and arrival hall. enhanced transparency and openness among them provides a pleasant experience for travelers, as well as the use of a correct human scale, flow, spatial language and materialization. 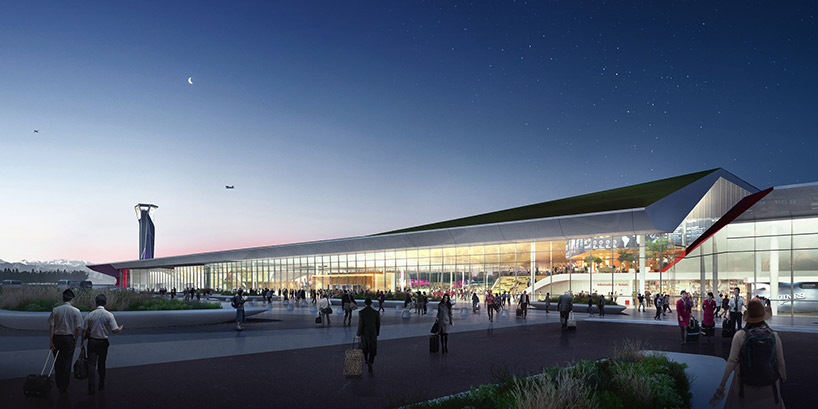 an elevated plaza located at the new central passenger hall relates to the umbrella and courtyard while gradually bringing passengers up to the higher levels. this space acts as a green recreational hub and waiting area for early arrivals, visitors and their families. it spans up to the roof level, and by splitting the length of the terminal, it creates another moment of orientation. 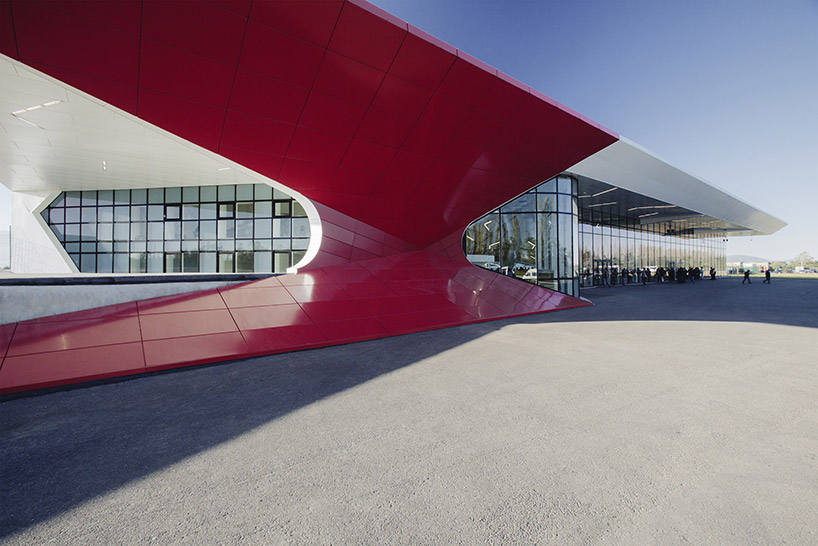 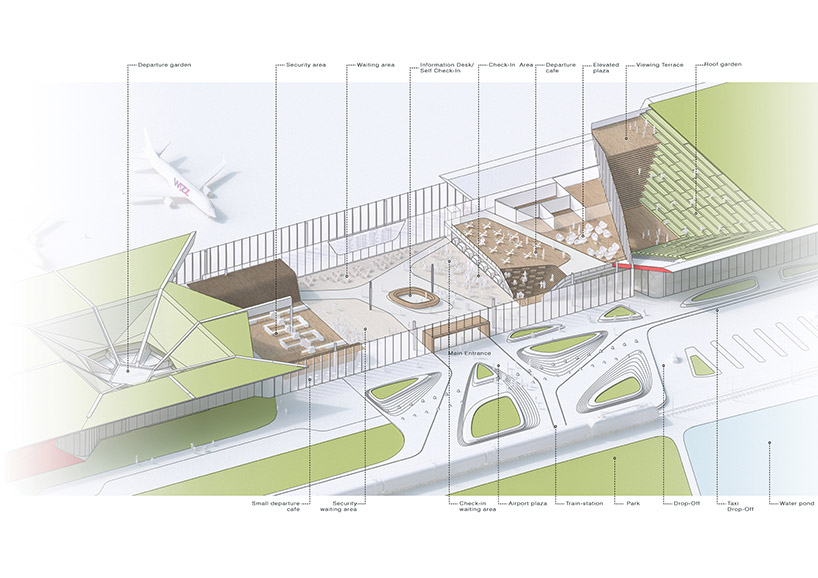 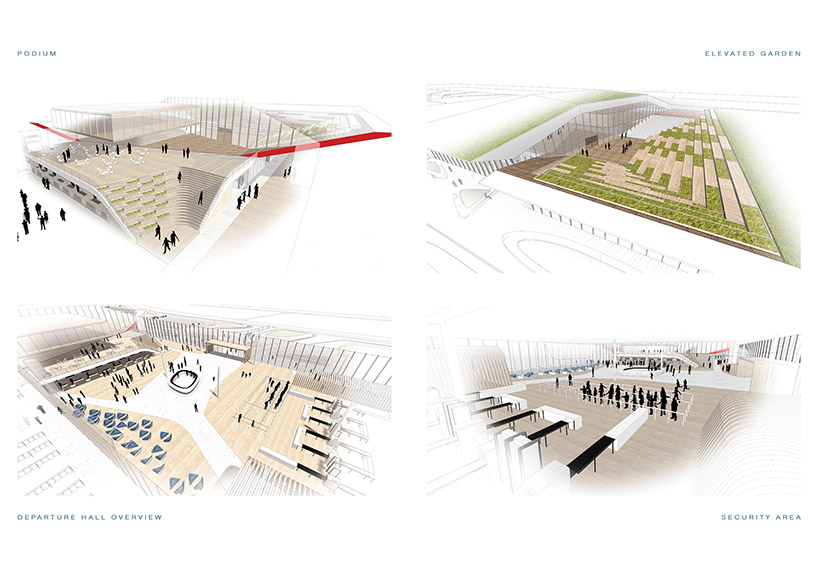 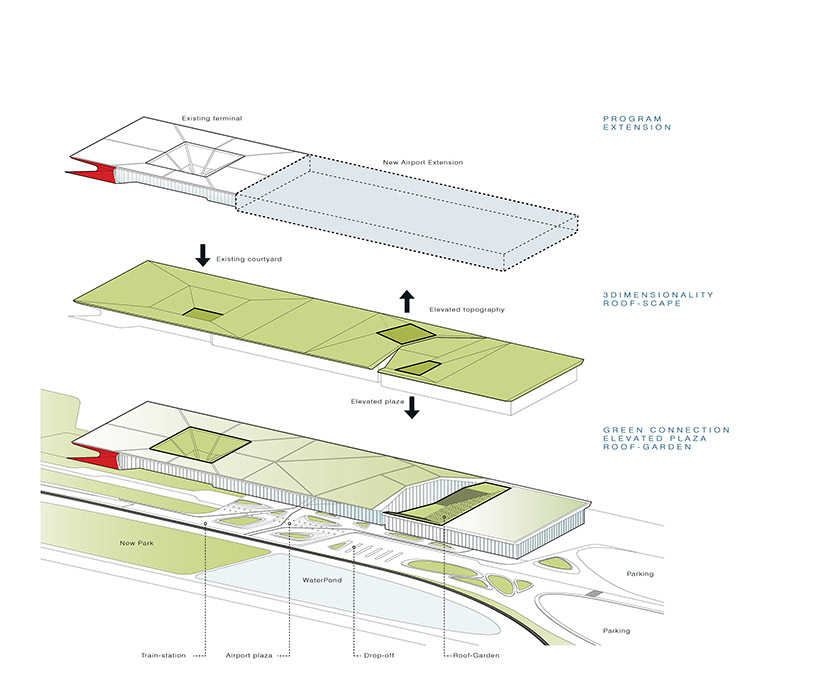 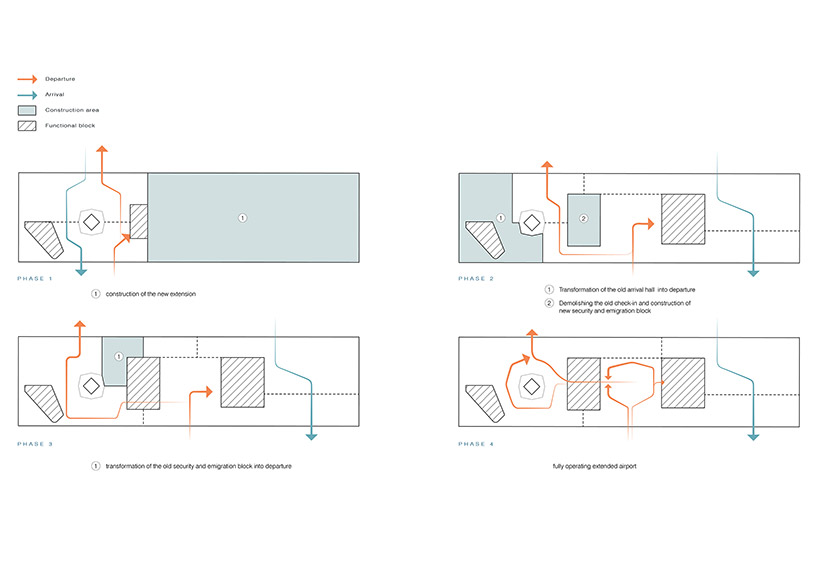