amsterdam-based architectectural practice UNStudio has recently completed ‘UNStudio tower’, a 21-storey complex in amsterdam’s south axis. the structure is a part of the ‘mahler 4’ urban complex, a collection of six buildings which together houses 38,000 m2 of residential spaces, 162,000 m2 of office space and 30,000 m2 of street level, retail, cafes, restaurants and a sports centre.

the facade of the ‘UNStudio tower’ plays with the juxtaposition of a horizontal and vertical articulation, conceptually relating to the principles upon which the moiré effect is based. the horizontal articulation is provided by white, aluminum bands which wrap the tower, while their varying size, depth and transparency ensure the correct balance of sun screening and light penetration to the interiors on all levels of the building. 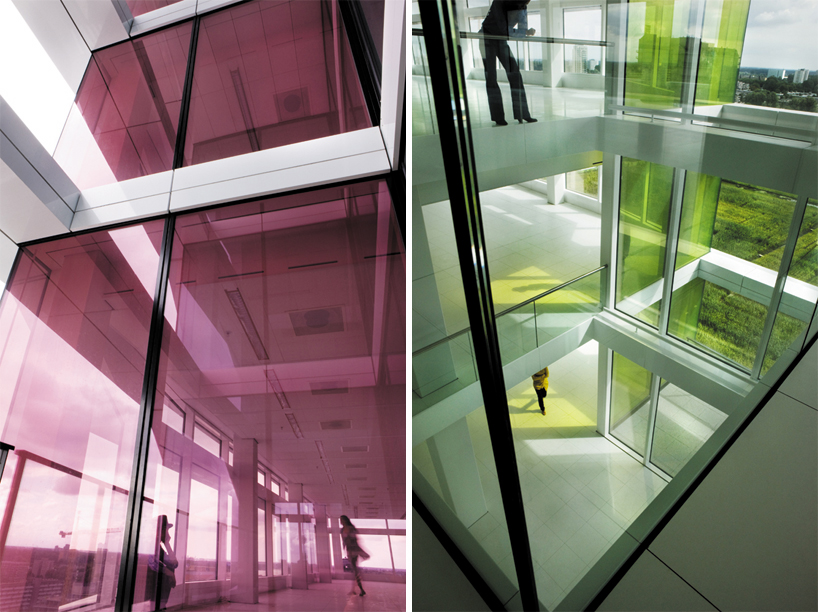 vertical voids become accents, recessed into each face of the building and spanning varying numbers of floors. these voids serve to create an inside-outside relationship, extending the facade envelope to turn the surface of the tower into an active medium which effects the quality of the interior space. different identities and light qualities are offered by the custom-coloured glass panes lining each void space.

‘in the design for the tower it was important for us to create a connection between the facade and the interior spaces; to see the building as a whole, almost like a piece of furniture.’ -ben van berkel, UNStudio 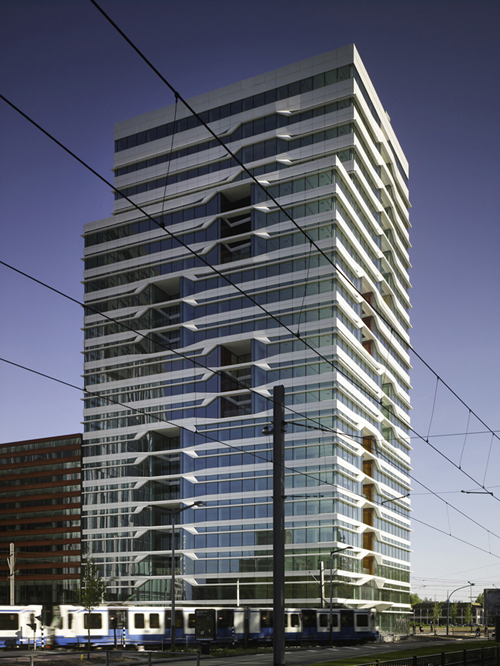 in order to sustain the life and future use of the building, extensive research was carried out by UNStudio and the client to determine where maximum flexibility could be incorporated into the design from the start. the resulting floor plans incorporate potential residential use with no structural alteration required.

‘a grid system was introduced into the ‘UNStudio tower’ which creates flexibility with a view to potential change of use in the future. there are currently many empty office buildings in europe which cannot so easily be transformed, but the ‘UNstudio tower’ is designed in such a way that it could also one day be turned into housing. this provides an essential sustainable flexibility to the building.’ -ben van berkel, UNStudio 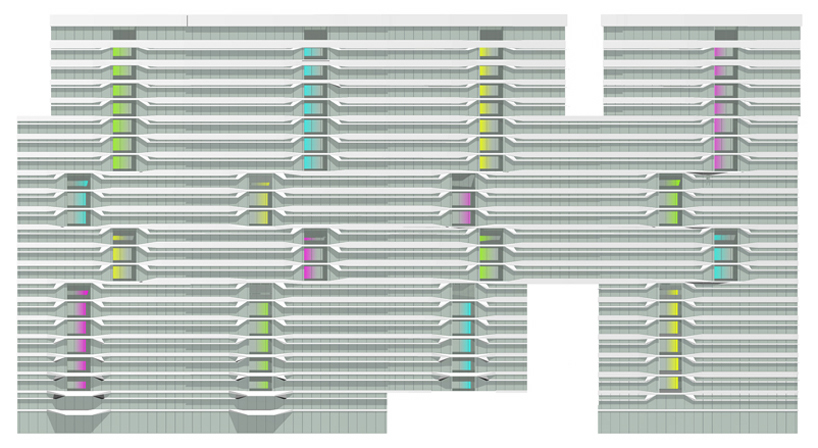