UNStudio has created a gateway installation for the xintiandi style retail mall in shanghai, part of the ‘RIBA shanghai windows project 2014‘. located in a prominent position along the city’s madang road, the design frames the entrance to the site, reflecting interactions that take place between the city’s occupants and the urban fabric. taking the form of an extended 30 meter corridor, the project transitions between wall and ceiling, translating occupants movements into a series of inverted reflections as they move throughout the space. the large scale mirroring at each end of the installation acts as concentration points, combining the effect into one moving image.

‘the installation is related to the culture of consuming, not with respect only to shopping, but to consuming images: images of our surroundings, of our city, of the buildings and the people around us and, of course, of ourselves,’ explained ben van berkel, co-founder of UNStudio. ‘we wanted to ‘dress up’ the public space as it were and to capture the public in this environment, almost in a kaleidoscopic catwalk – a place where you can see and be seen, but in surprising ways and within new perspectives of your surroundings.’ 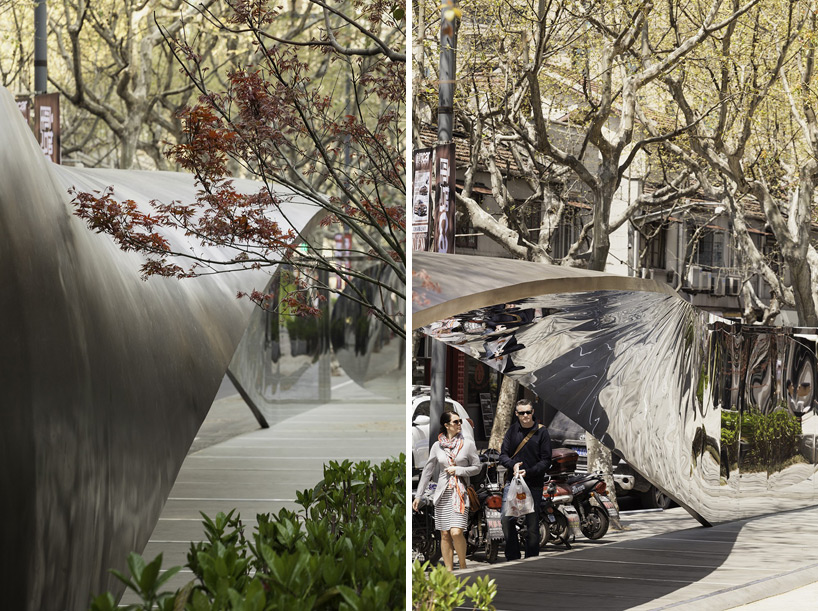 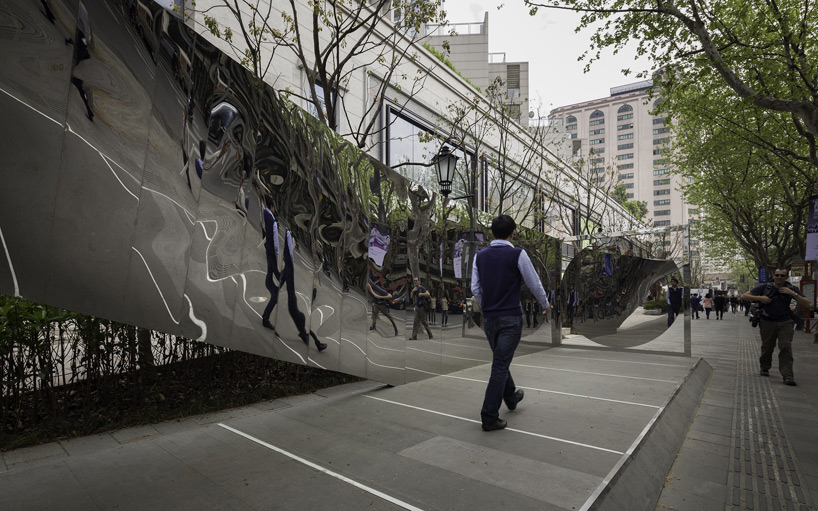 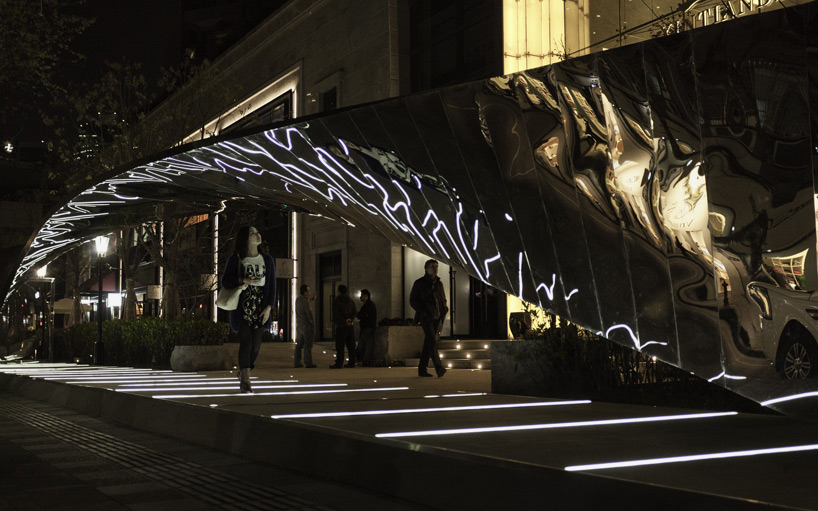 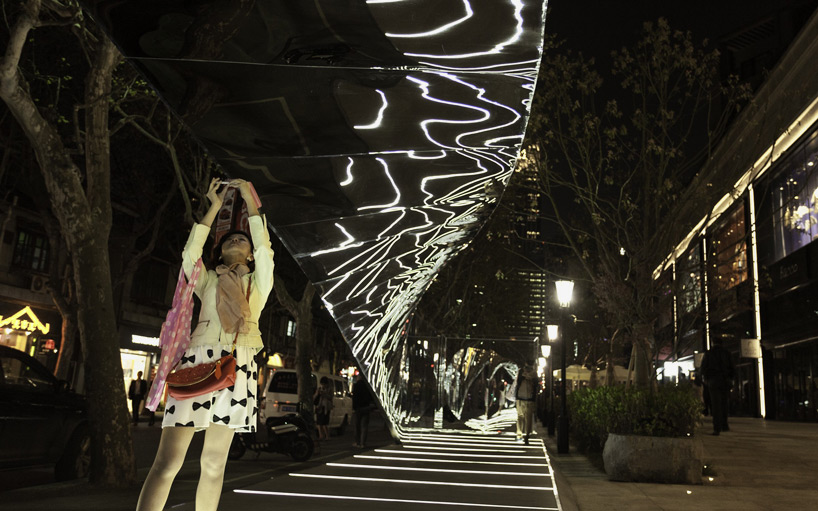 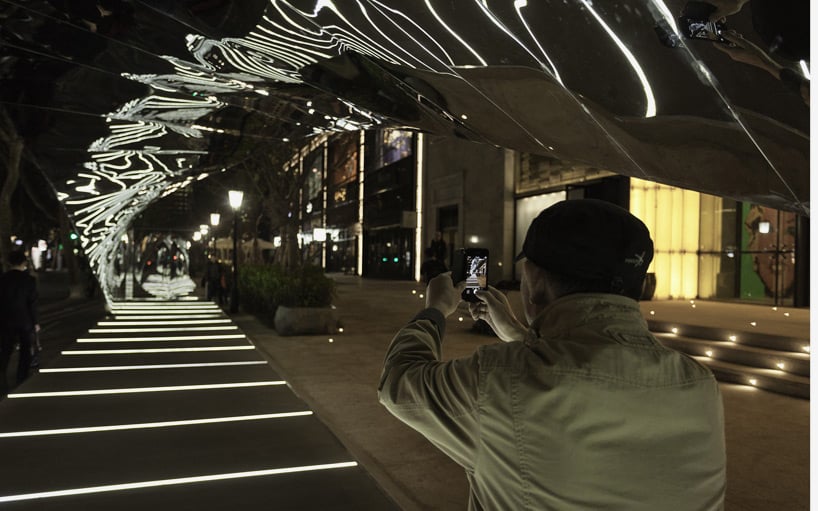 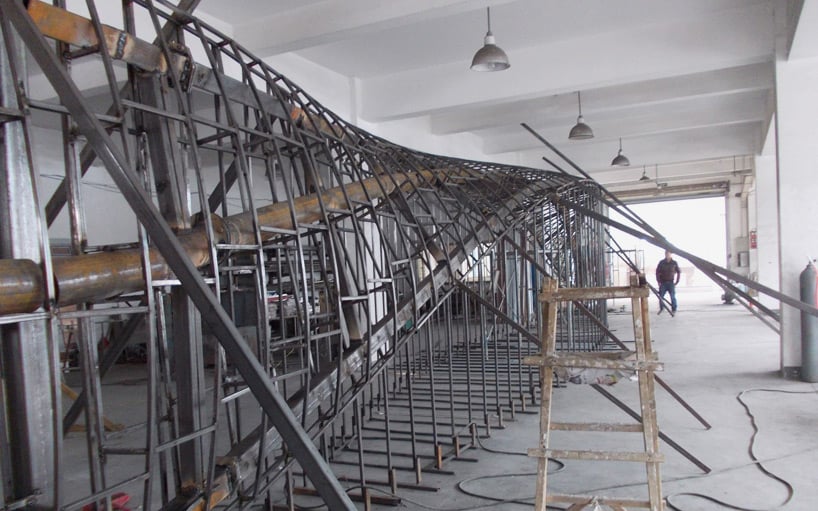 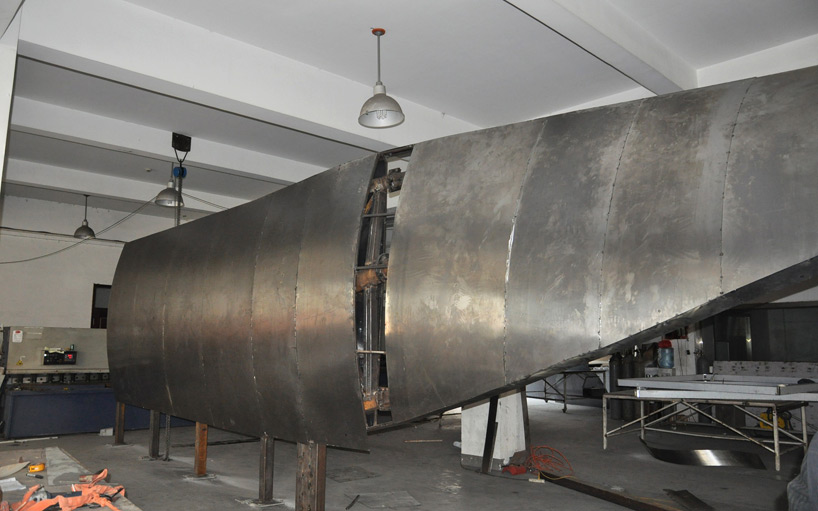 the cladding of the 30 meter long structure
photo © seth powers