after twenty years of development, the new transfer terminal at arnhem central station has officially opened in the netherlands. charged with the ambitious project all the way through to its completion, dutch firm UNStudio has redeveloped the wider station area- the largest post-war construction in the city. the masterplan began back in 1996 after a decision was made to establish arnhem as an important transport node, while functioning as a catalyst for urban renewal and economic growth. 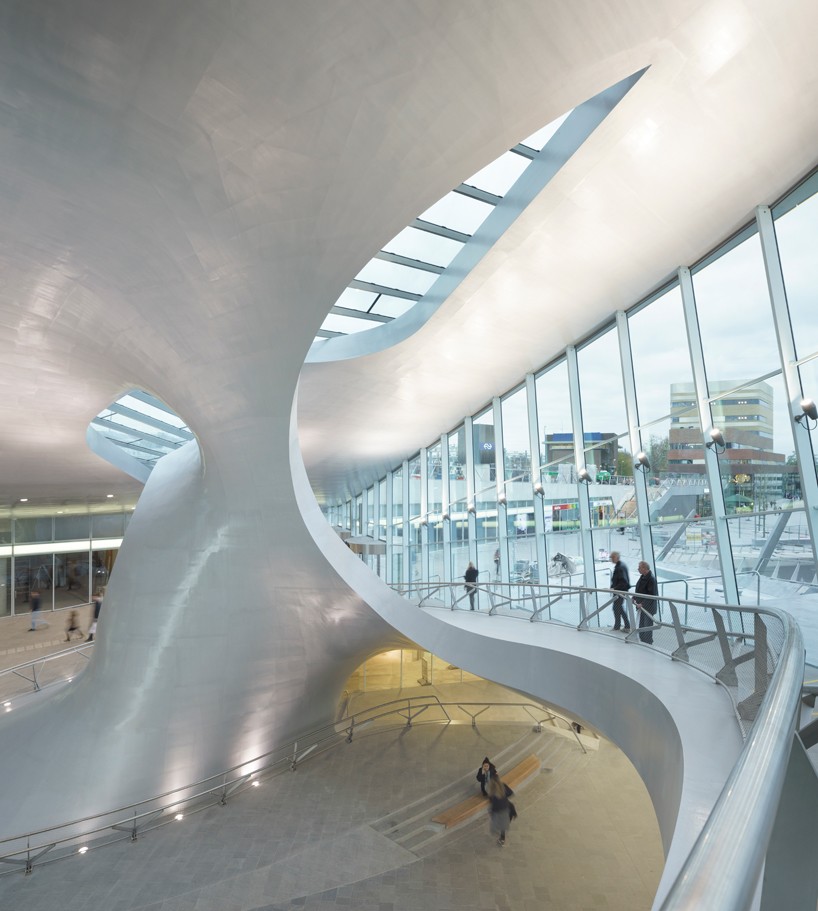 the development of the terminal began in 1996
image © ronald tilleman

accentuated by its fluid and curvilinear internal structure, the 21,750 sqm terminal space features a distinctive, twisting roof form, which granted column-free spans up to 60m. as well as achieving visual drama, the seamless transitioning between inside and outside is highlighted by the merging of the urban landscape and the transfer hall itself. the architects worked alongside structural engineers arup to produce the dynamic space without the need of column support. 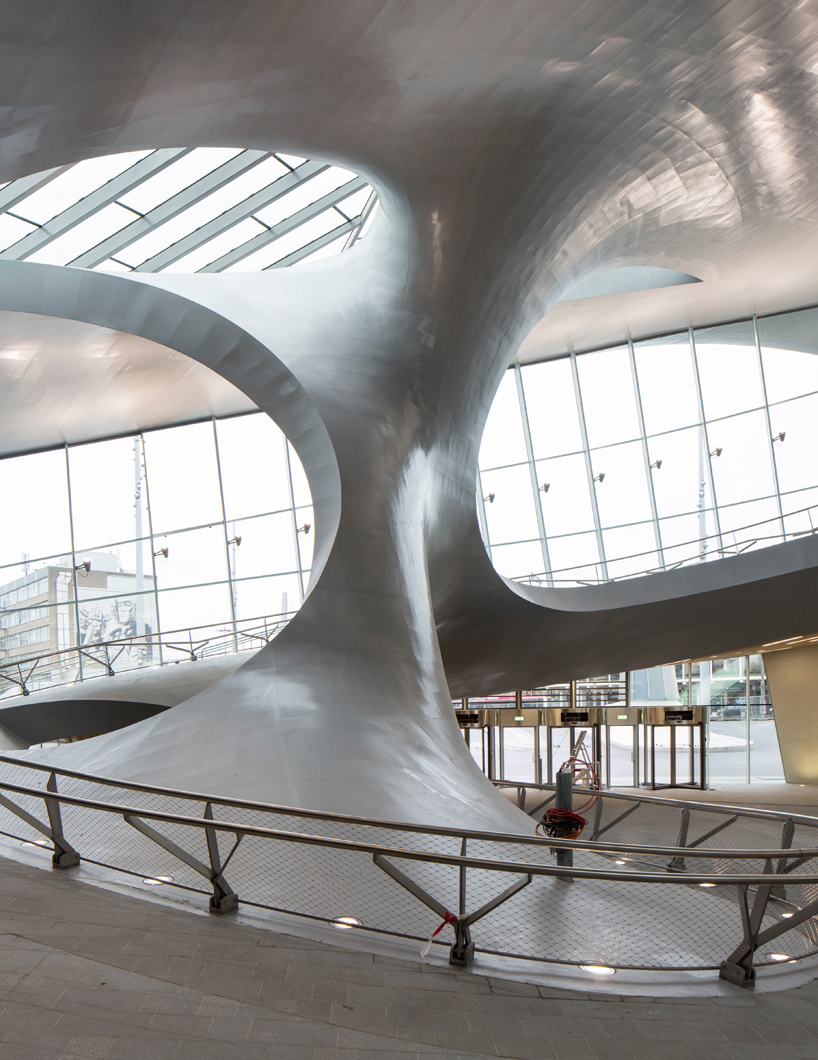 the architecture features a twisting structural roof geometry, which enables column-free spans of up to 60m
image © frank hanswijk

‘arnhem central is no longer just a train station. it has become a transfer hub. we wanted to give a new and vital impetus to station design, so rather than merely designing the station around the activities and people flows that already took place there, the expanded architecture of the new transfer terminal directs and determines how people use and move around the building’ comments ben van berkel, founder and principal architect of UNstudio. 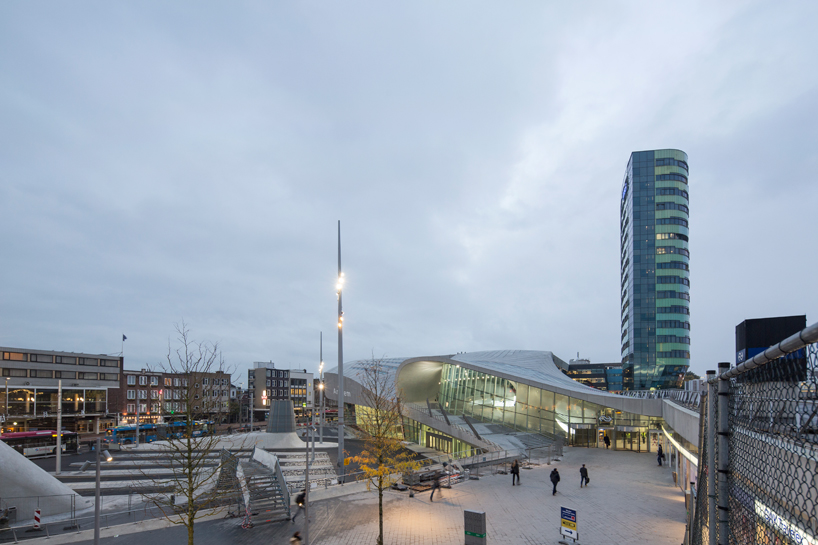 the station is expected to establish arnhem as an important node between germany, the netherlands and belgium
image © frank hanswijk

the completed €37.5 million terminal will house commercial areas, a conference space and provides links to the nearby office plaza, city center, underground parking garage and the park sonsbeek. the area around the station will become a place in of itself, with 160,000 sqm of offices, shops and a cinema complex. 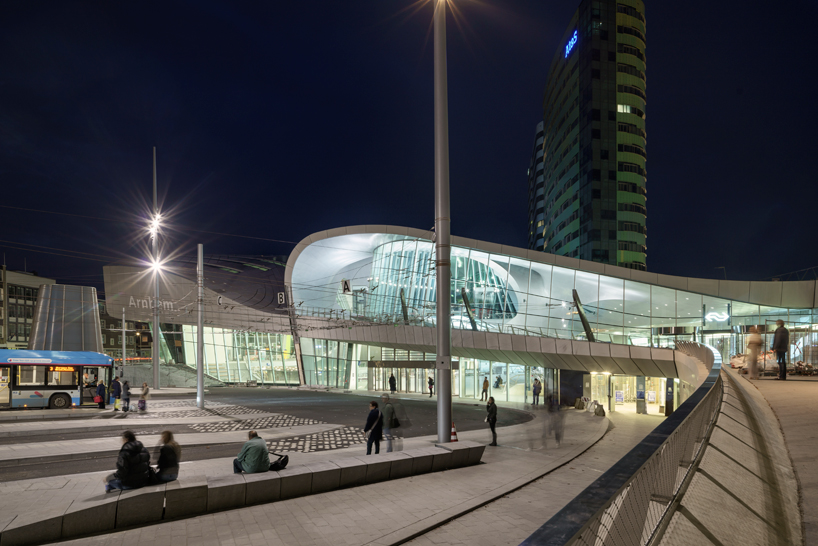 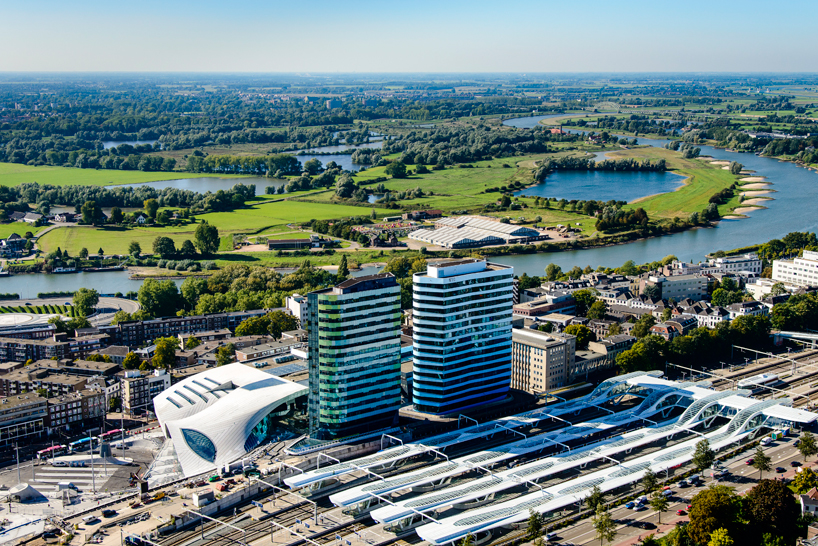 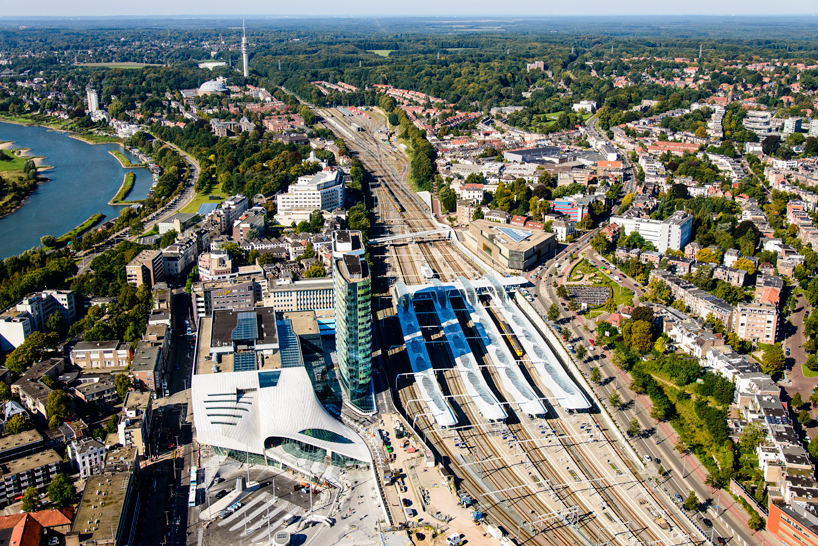 the area around the station will become a place in of itself, with 160,000 sqm of offices, shops and a cinema complex
image © siebe swart