earlier this year, it was announced that pharrell williams was collaborating on the design of a two-tower residential development in toronto, canada. the project, named ‘untitled’, will contain 751 condominium suites ranging from studios to three bedrooms as well as 32,000 square feet of amenity space. as part of the block masterplan, a separate 413-unit rental building will be constructed along with a new public park. delivering a range of housing options, the rental building will contain 200 ‘affordable’ housing units, 165 mid-range units, and 49 market units. 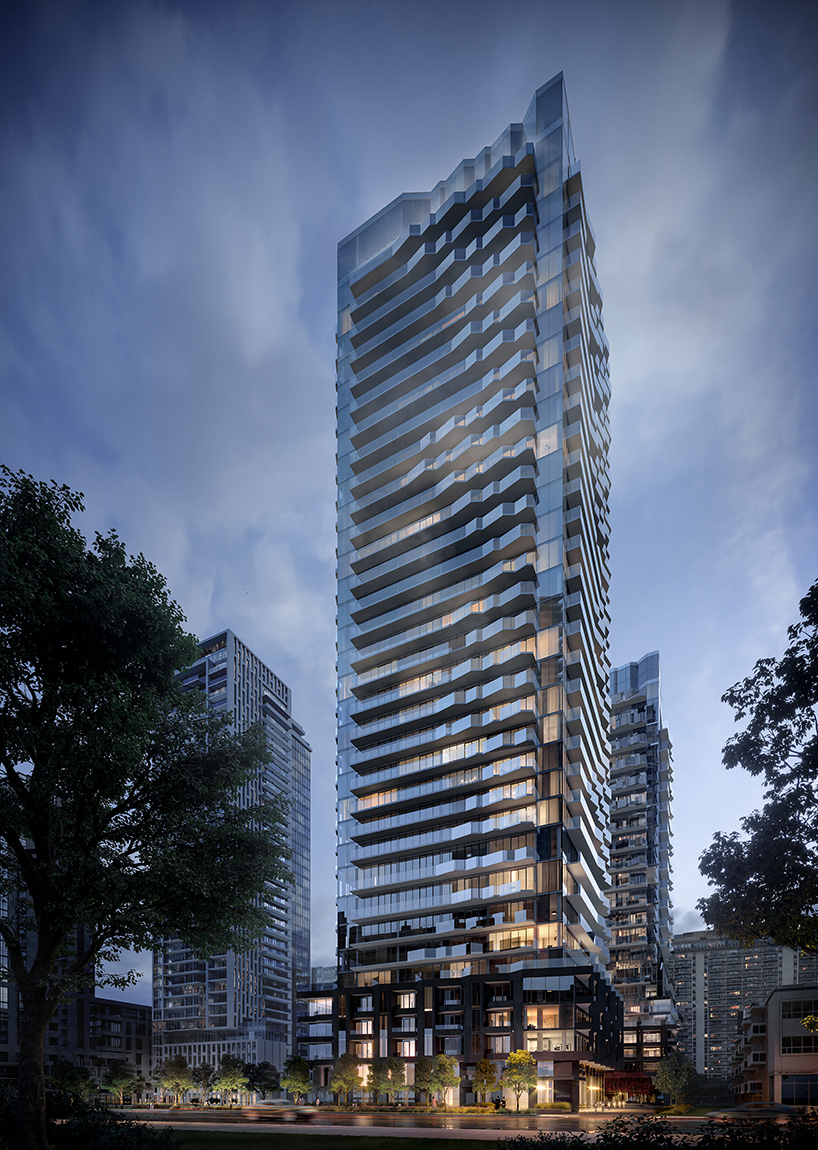 the plans for ‘untitled’ were released by the project’s development team, reserve properties and westdale properties. the renderings shown here are the result of a multi-stage process that saw reserve and westdale collaborating with pharrell williams, alongside architects from IBI group and designers from U31, to realize a ‘collective vision’ for the project. using parametric design, the sculpted, fluid form of the balconies follows the wave pattern of pharrell’s hit song ‘gust of wind’, articulating the building as a visual abstraction of music. 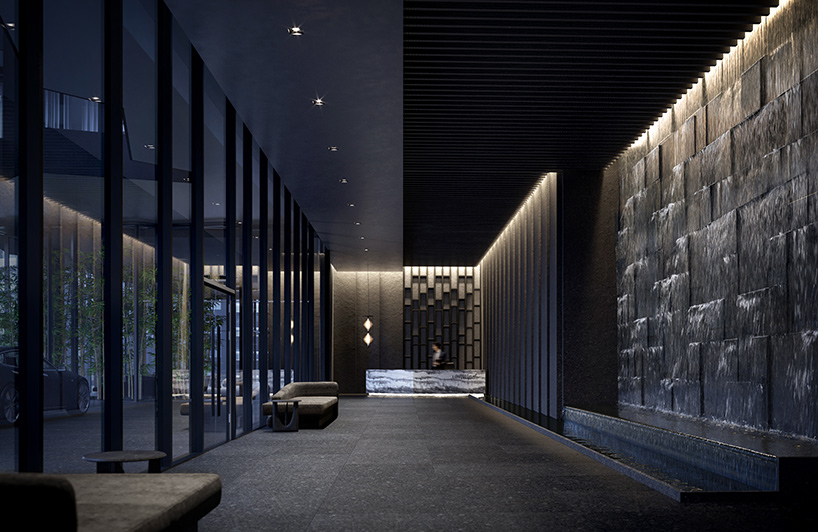 ‘we arrived at the concept fairly early in the process and worked with pharrell to select a song that really meant something to him and could help bring this idea to life,’ says lead architect mansoor kazerouni of IBI group. ‘there is a sophisticated, elemental feel to the building, which is why ‘gust of wind’ works so well. once we had the song, there was a lot of testing and iterating to find the right notes that would produce the most fluidity. what’s cool is as you go around the building, no two faces are the same. they all represent different moments from ‘gust of wind’.’ 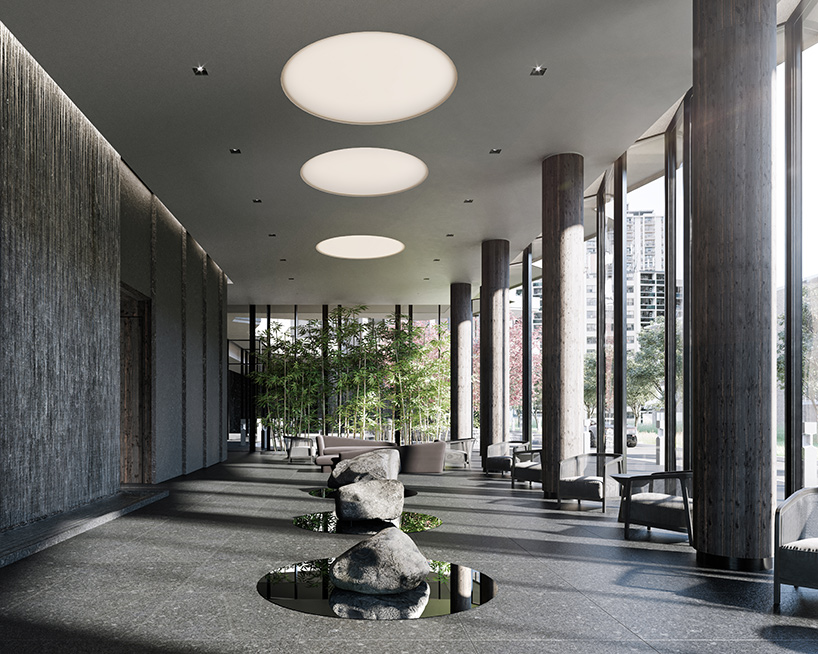 a natural stone podium follows the same rhythmic pattern of the tower, anchoring the building on the site. in the courtyard, a japanese maple tree grows out of a slate, rock water feature, offering a splash of color framed against the dark stone backdrop. meanwhile, the design of the interior spaces, led by kelly cray of U31, aims to articulate notions of universality throughout the common areas, amenities, and suites. rather than projecting a lifestyle onto the residents, the goal was for each individual space to serve as a backdrop to the user’s own experience. 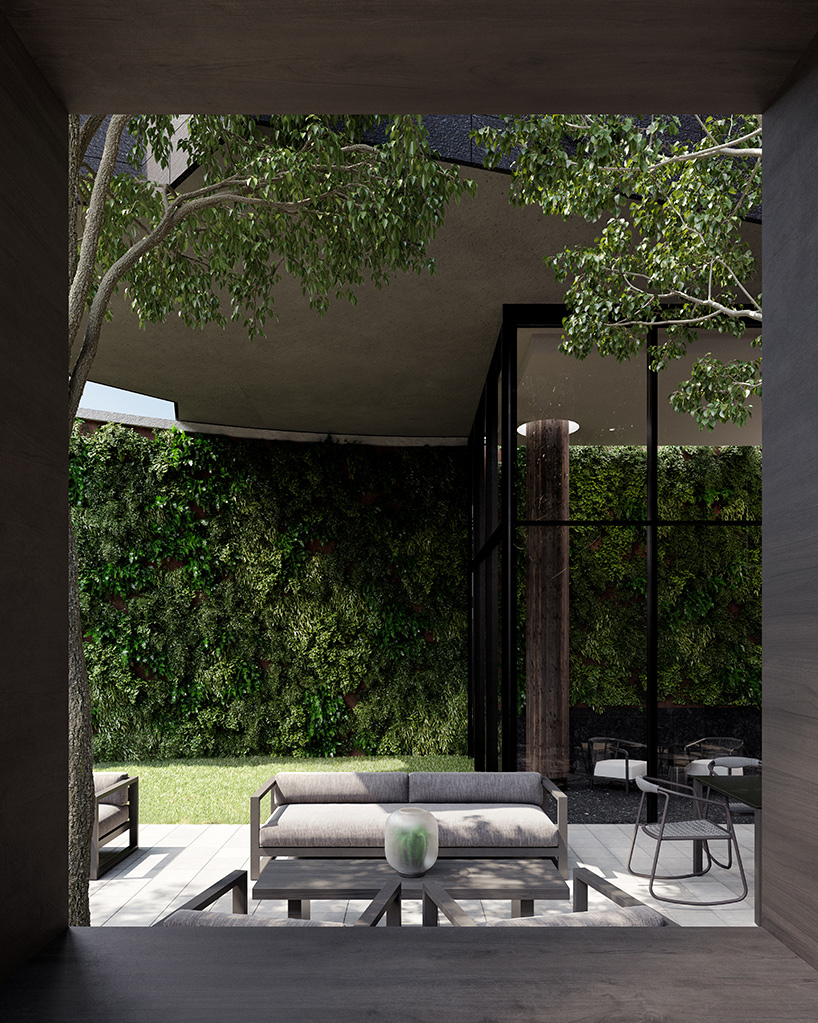 in the lobby, a deep charcoal stone used on the floor wraps up along the walls, while a cascading water feature adds a sense of movement. according to pharrell, the flow of water that welcomes residents is purposefully intended to evoke feelings of energy and movement when you first step into the building. ‘to me, the key elements were water and space. with water moving in the building the way it does, there’s this continuous flow of motion that’s recharging to people. certain places just hit us as humans, reminding us that we’re alive,’ explains williams. 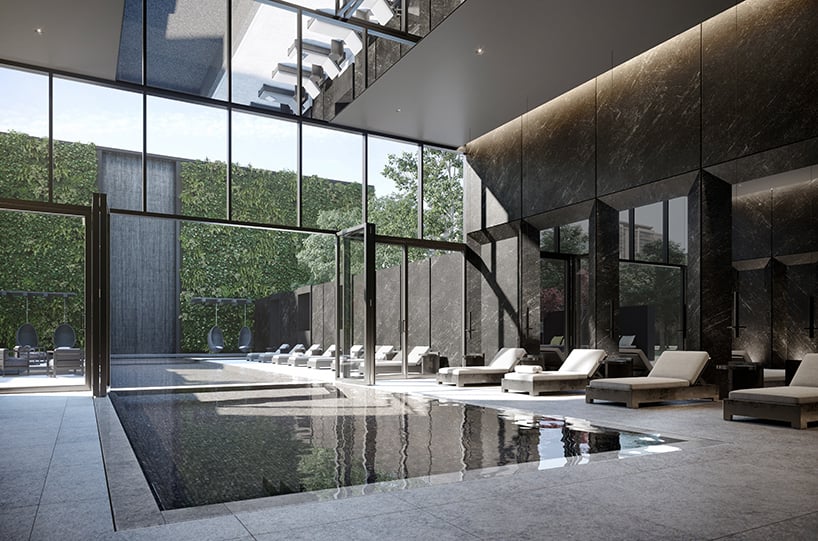 an extensive amenity program extends throughout the building’s ground floor and onto the upper levels, with a series of indoor and outdoor spaces that include: a co-working garden lounge, screening room, active fitness center, kids club, a rec room, social lounge and private dining with a sake tasting area. a wellness center, featuring a spa and indoor-outdoor swimming pool round-out the offering with expansive floor to ceiling glass screens separating the two sides of the pool. the development will feature suites ranging in type, from studios to three bedrooms, with prices starting in the low $400,000s (CAD). 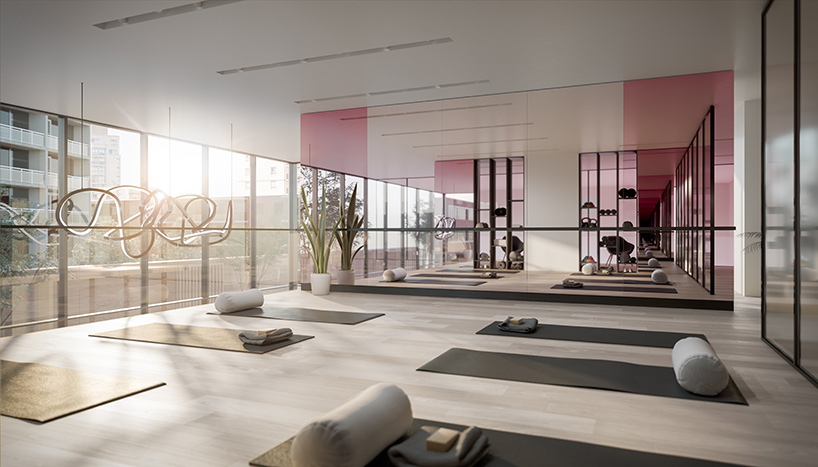 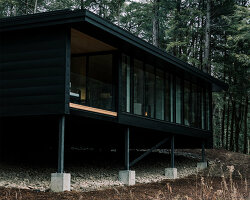 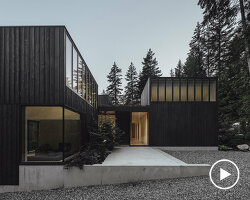 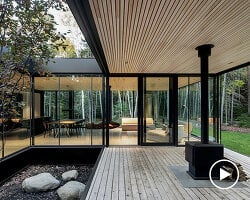 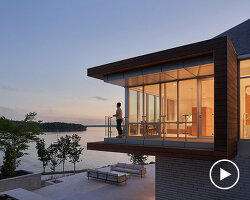 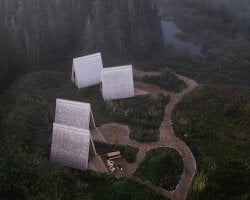 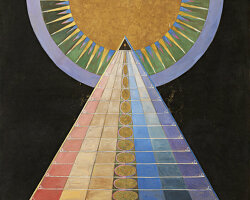