beginning with a simple interaction on instagram, the LA sneaker boutique of authentix hired UP studio to design a space from their brooklyn studio. after developing the concept, and presenting via skype, the millwork was digitally engineered by a fabricator in lexington, kentucky. the team was then able to have the pieces cut and assembled to the necessary specifications in an local shop and installed on-time and on-budget.

video courtesy of UP studio

the display of the product is centralized and divided into five 8-by-8 ft units. each module is capable of rotating 360 degrees, allowing the interior to be easily customized in relation to the season or special occasions. this functionality is increased with a skin system based on the golden section that allows portions of the constructs to alternatively operate as storage compartments. as a result, the contemporary cabinets are juxtaposed against the raw, historic perimeter walls that are free for local artists to showcase their work. 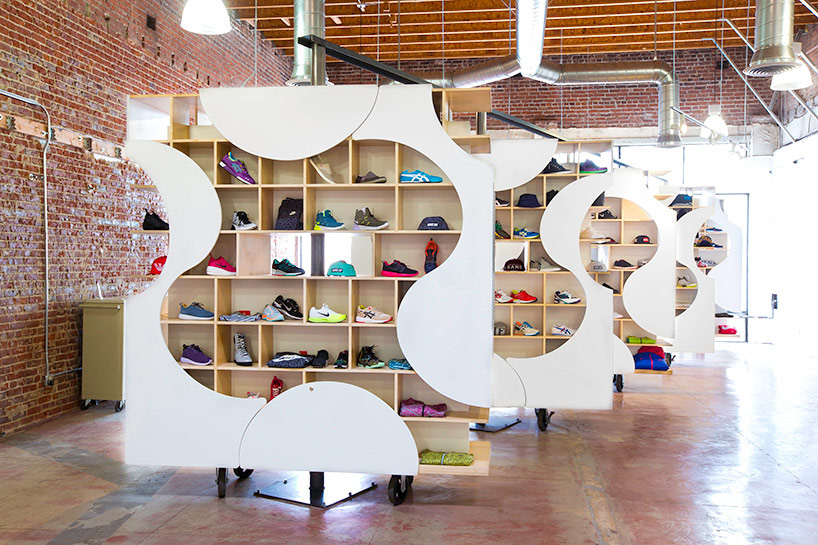 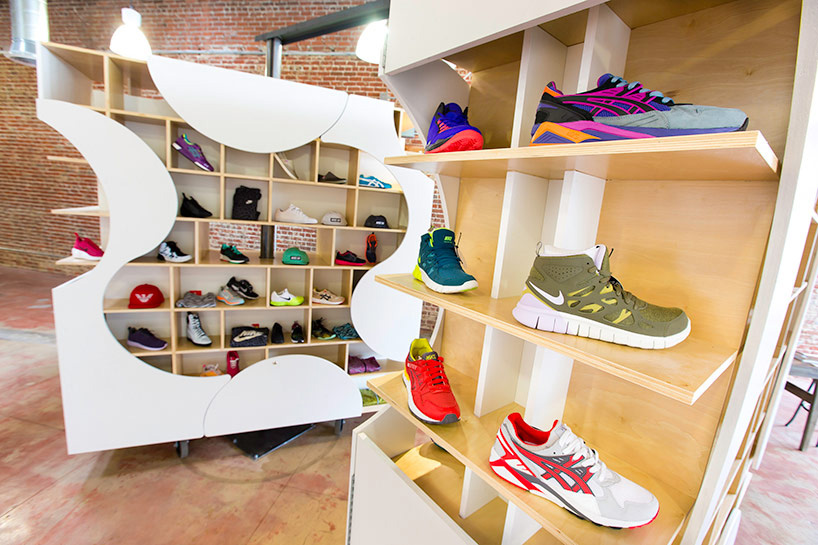 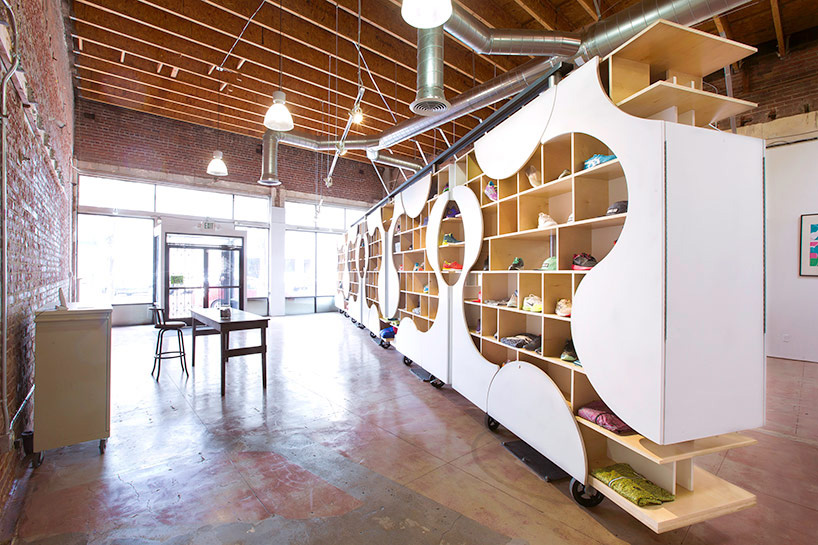 with the display being centralized, the perimeter walls are free for local artists to display their work
photo © carlton beener 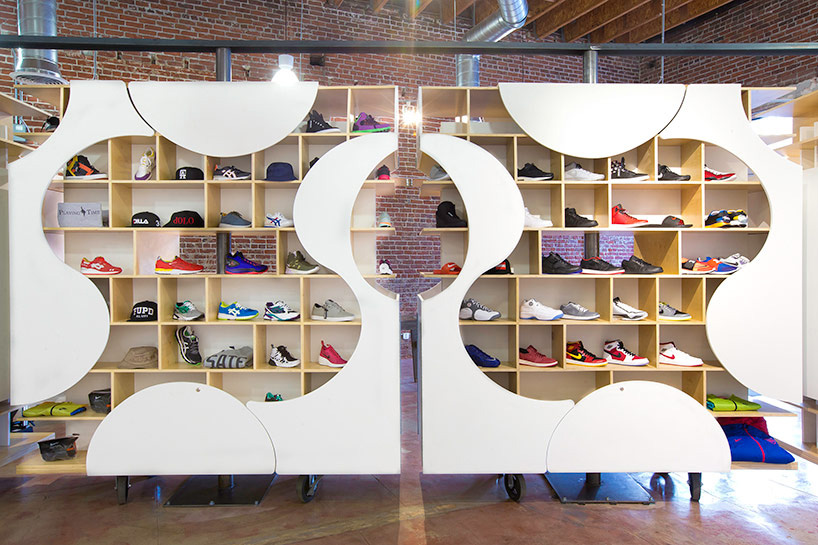 the skin is based on the golden section
photo © carlton beener 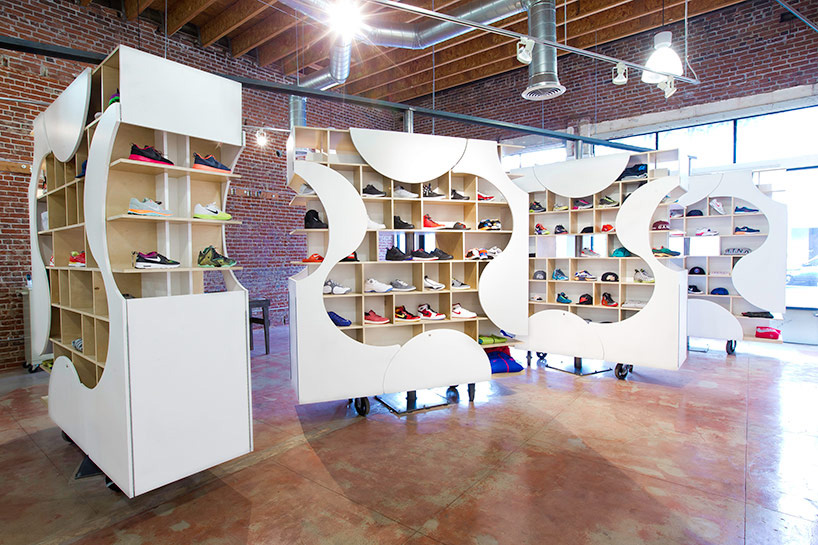 the custom cabinets are juxtaposed against the raw, historic space
photo © carlton beener 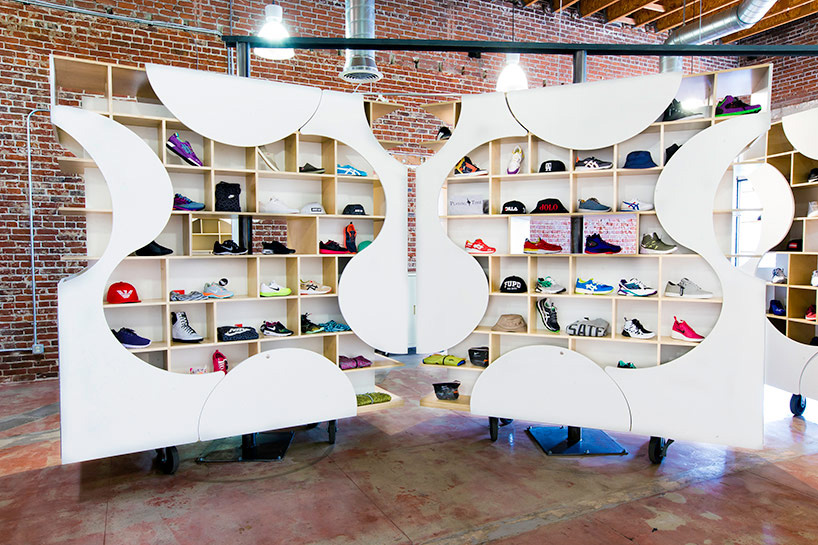