the carmelit is an uphill subway system in haifa, israel that opened in 1959. the system has 6 stations along its 1.8 km track that climbs mt. carmel. the stations look very much like a regular subway but are slopped on an angle with stairs to make moving up and down easier. the system transports around 2,000 people along the track each day and is among the most unusual subway stations in the world. 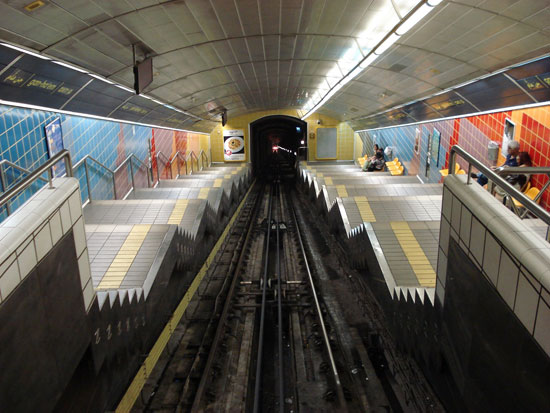 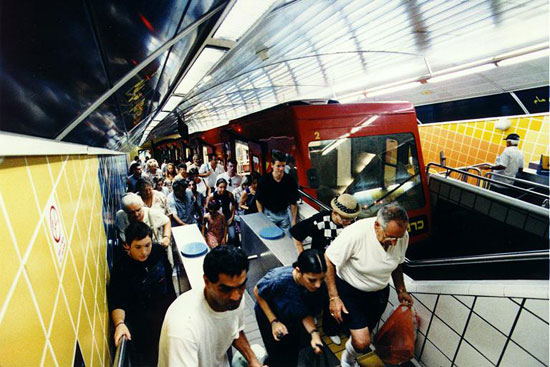 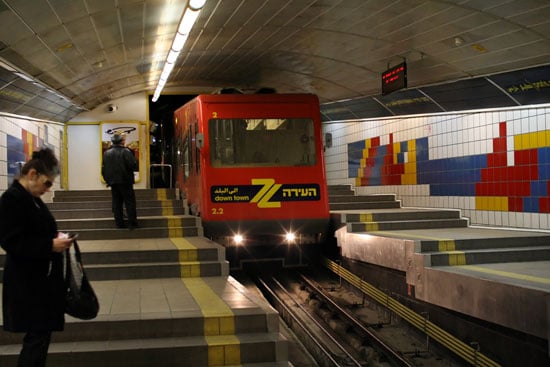