with a plethora of residential developments taking place in new york city, developers are constantly looking for new angles to attract city dwellers. while the past few years has seen an ‘amenities arms race’, with condominium buildings boasting more and more luxury facilities, a new trend has emerged designed to attract affluent young professionals — urban farming. looking to tap into a more artisanal spirit, the movement has now come to luxury real estate development, with new high-end condo and rental projects touting residents’ freedom to plant, grow, and harvest their own crops. below, we take a look at three projects that incorporate DIY gardens.

550 vanderbilt is a condominium complex that forms the first of 14 residential buildings that will comprise brooklyn’s vast pacific park scheme. designed by COOKFOX architects and developed by greenland forest city partners the building features a 3,500 square-foot landscaped roof deck with private gardens for residents to cultivate and nurture their own herbs, fruits, and vegetables. the communal space is also outfitted with a grill and a full kitchen, allowing alfresco dining. 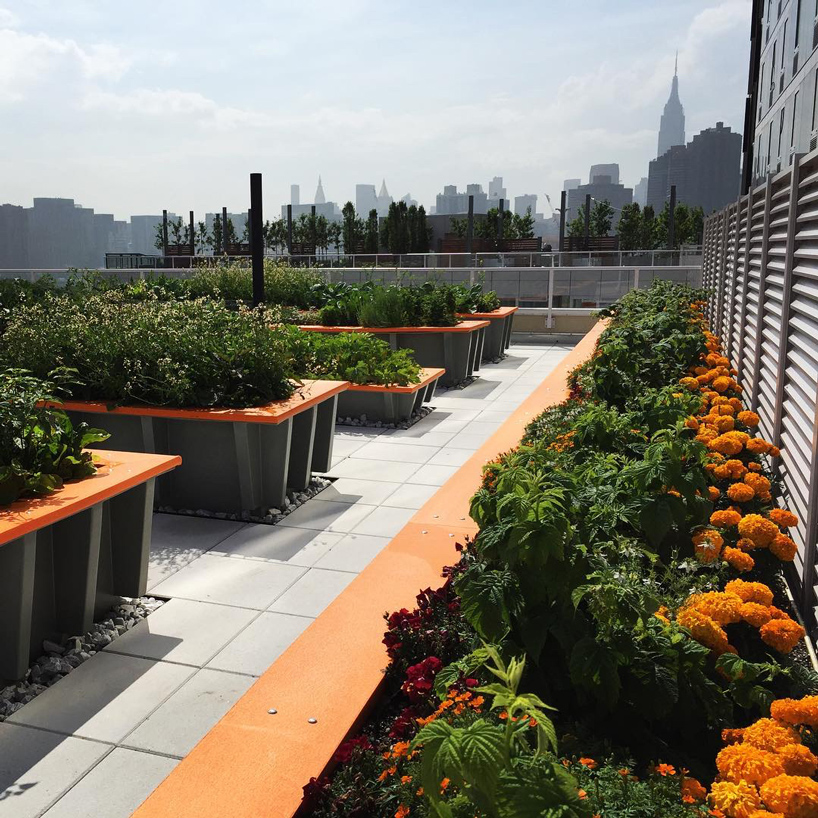 hunter’s point south is an affordable housing development in long island city. the development features a 2,300-square-foot organic farm and resident garden club. the garden is run by growNYC, an organization that provides free tools and services for DIY gardeners. the development also includes a lounge with outdoor terrace and barbecue grills. 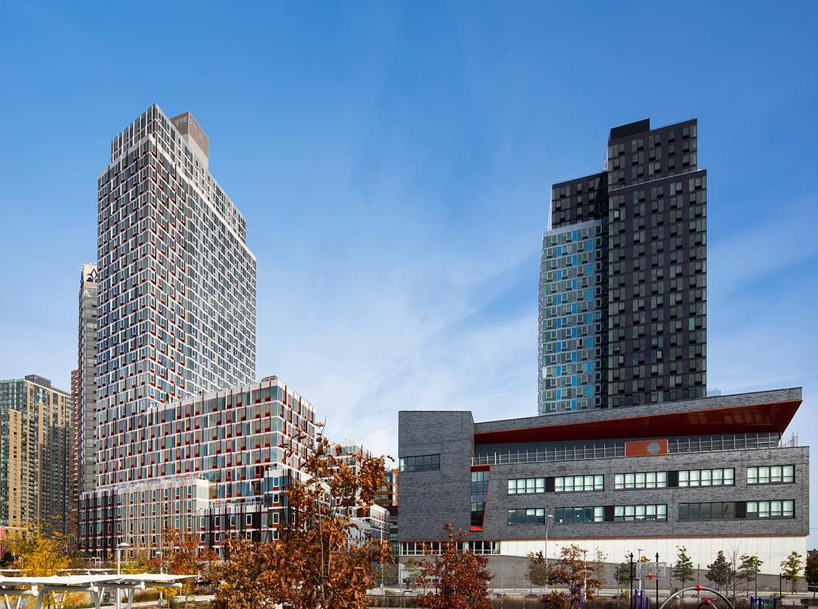 urby staten island is a residential development that places a strong emphasis on experience and community. located on the north shore waterfront, it is the largest new construction development in the borough, with a total of 900 apartments and 35,000 square feet of commercial space. the scheme is the first in a planned series of developments set to open in other cities, with the next urby expected to open later this year in jersey city. 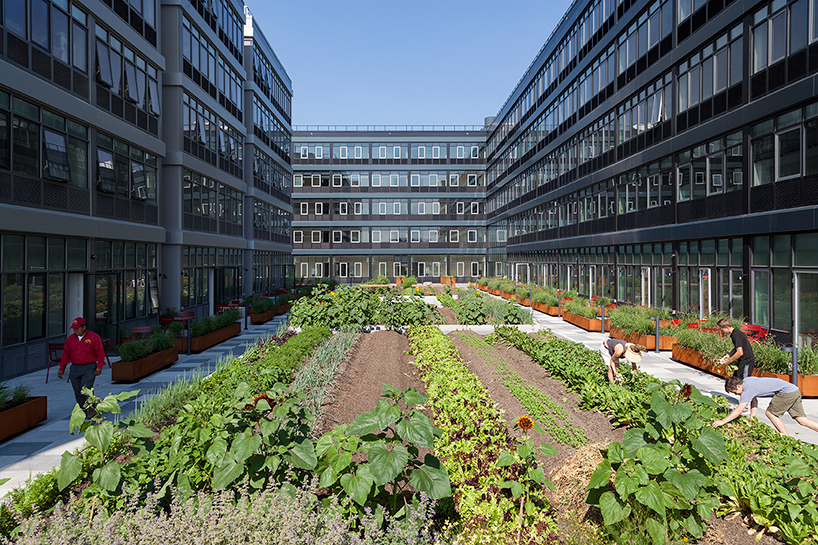 measuring a total of 5,000 square feet, the scheme is organized around one of new york city’s largest urban farms. the plot grows over 50 varieties of produce and includes a greenhouse and picnic tables for shared dining and composting. the facility even has its own farmer-in-residence. a large communal kitchen teaches culinary classes, hosts chef tastings, and incorporates produce from the urban farm within gourmet meals. 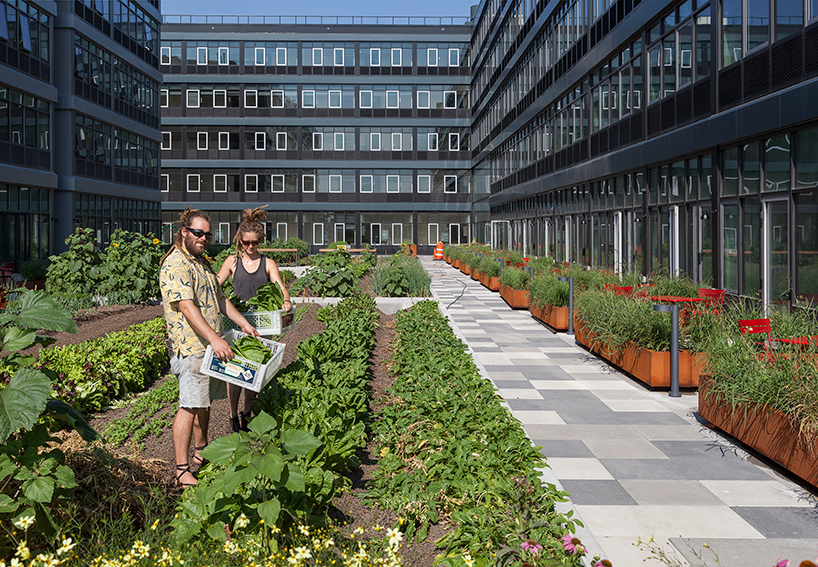 managed by farmer-in-residence zaro bates, the farm grows over 50 varieties of produce across five major categories: greens, summer vegetables, flowers, herbs and roots. produce from the farm is used by the residents, served in the kitchen and sold at a weekly farmer’s market and in the bodega. the farm also comes with large picnic tables for shared dining and residents are welcome to help grow their own herbs and vegetables. zaro’s business partner, asher landes, is also overseeing an apiary, which encompasses 20 rooftop beehives.