new-york based practice urban office architecture has designed ‘aviator’s villa’, a project that explores the idea of flight as the catalyst for architectural design. the dwelling, created for a retired pilot, is envisioned as a composition of dis-assembled aviation components, exposed to the elements on all sides like the fuselage of a plane. 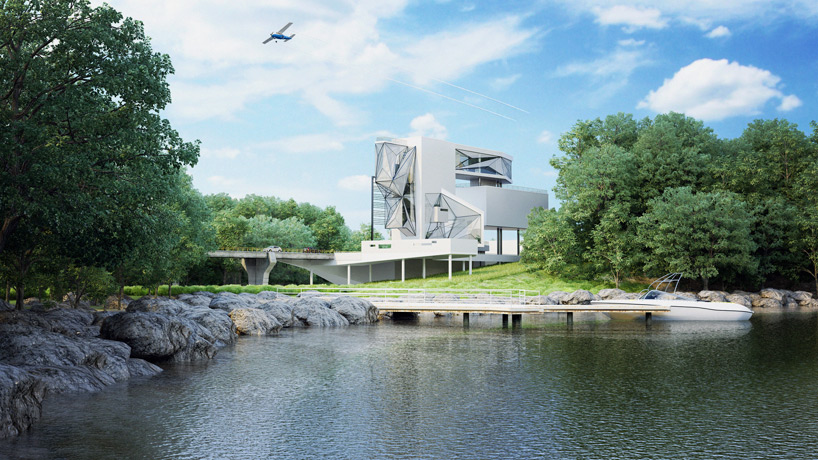 located next to a small lake, the building’s form is reflected and further emphasized by the home’s swimming pool, imagined as a floating volume between the two bodies of water and fully surrounded by air. articulated as a vertically extended and cantilevered volume, the residence is oriented to allow maximum daylight with glazed panes mounted on riveted metal frames, further screened by perforated metal paneling or brise soleils. these specific elements replicate the texture of clouds, while mitigating the sun’s rays and producing calming shadows. 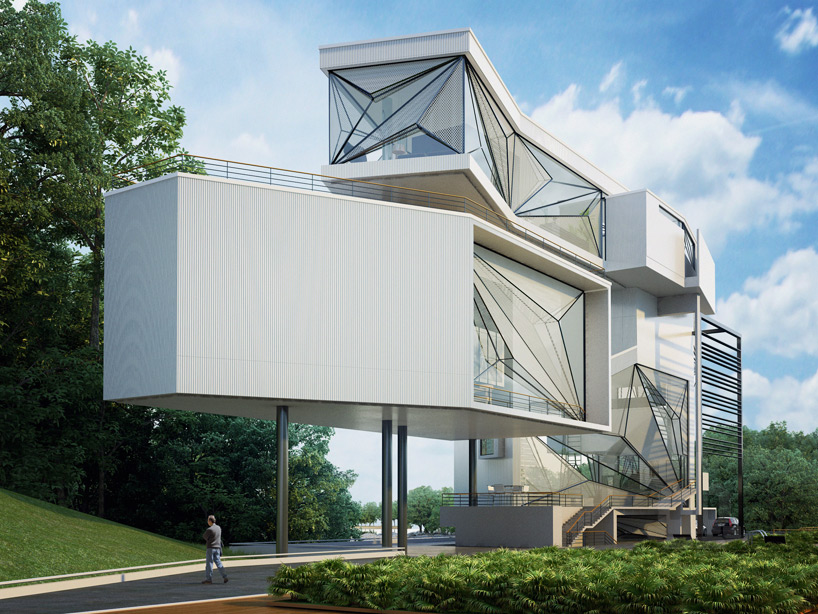 the dwelling, created for a retired pilot, is envisioned as a composition of dis-assembled aviation components

internally, the house is designed as a sequence of three primary spaces: the expansive living accommodation, a cantilevered master bedroom, and a library. the final space is imagined as a container of the client’s personal memorabilia, as well as an area for reflection and study. a large window faces an area of adjacent woodland, while a more secluded area in the rear is lit by a skylight directed towards the cantilevered volume of the bedroom above. 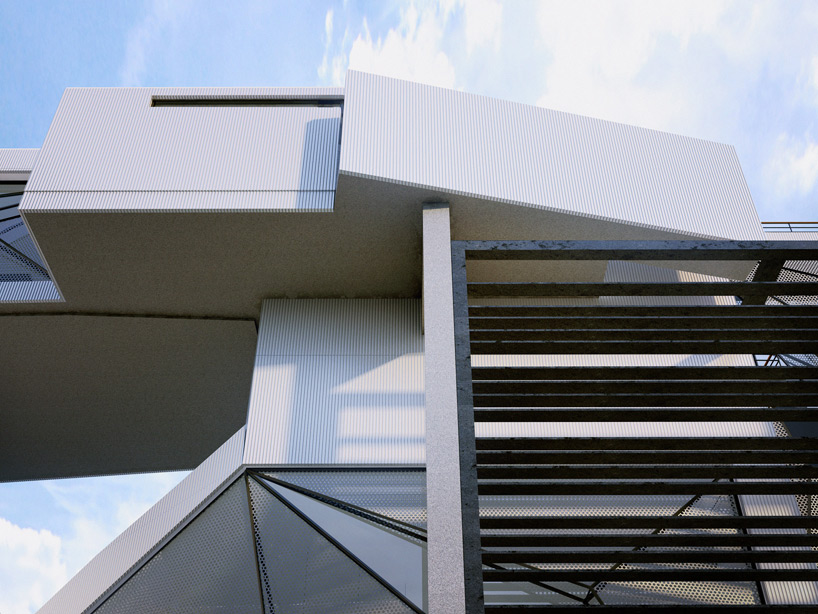 a series of hidden spaces are tucked between the two main spaces, revealed through the central circulatory staircase that ascends to the bedroom located at the top floor – envisioned as a daily final retreat. various programs are organized independently, contrasting more orthodox ways of living. 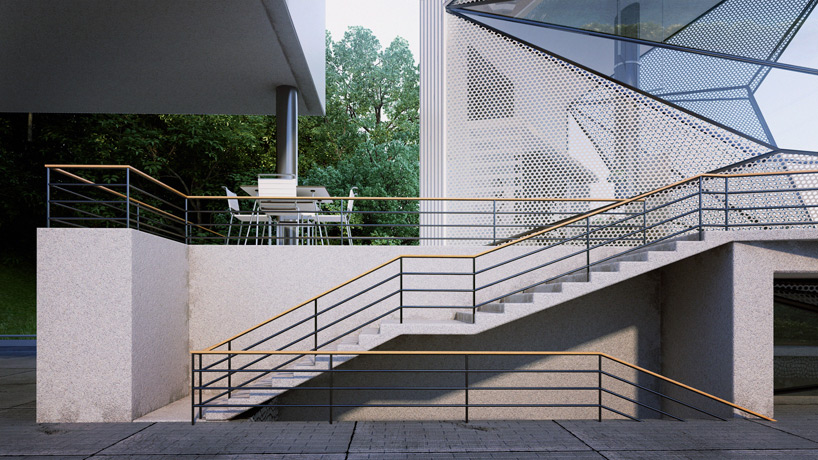 the property is articulated as a vertically extended and cantilevered volume 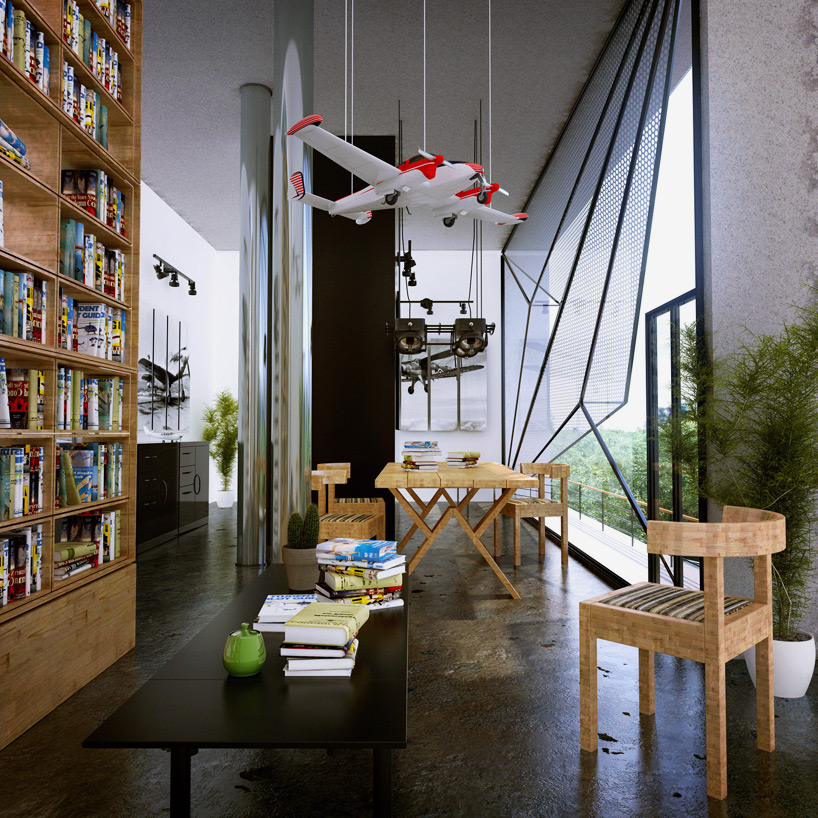 internally, the house is designed as a sequence of three primary spaces

all areas of the home are naturally and brightly lit 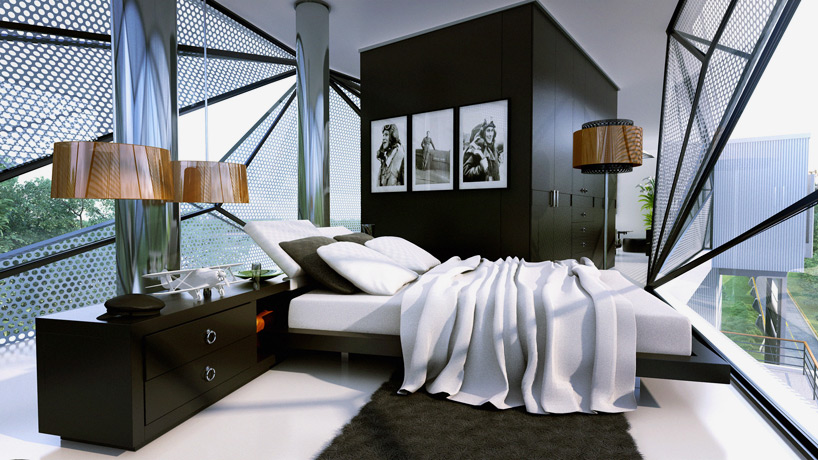 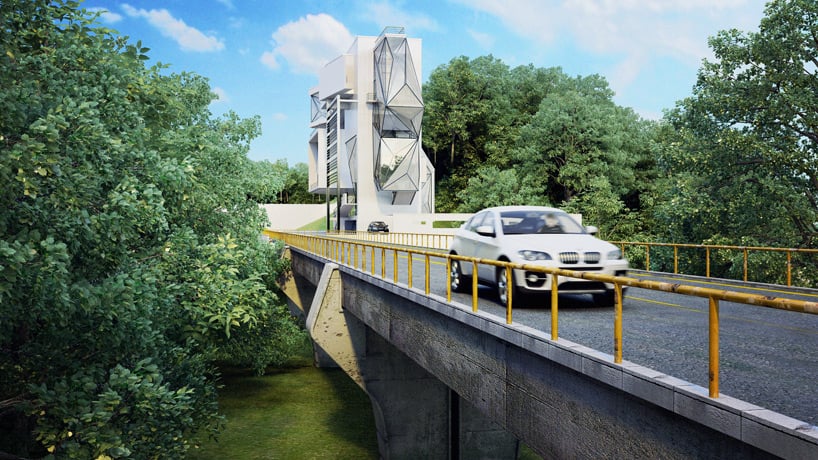 the home offers views across an adjacent area of woodland 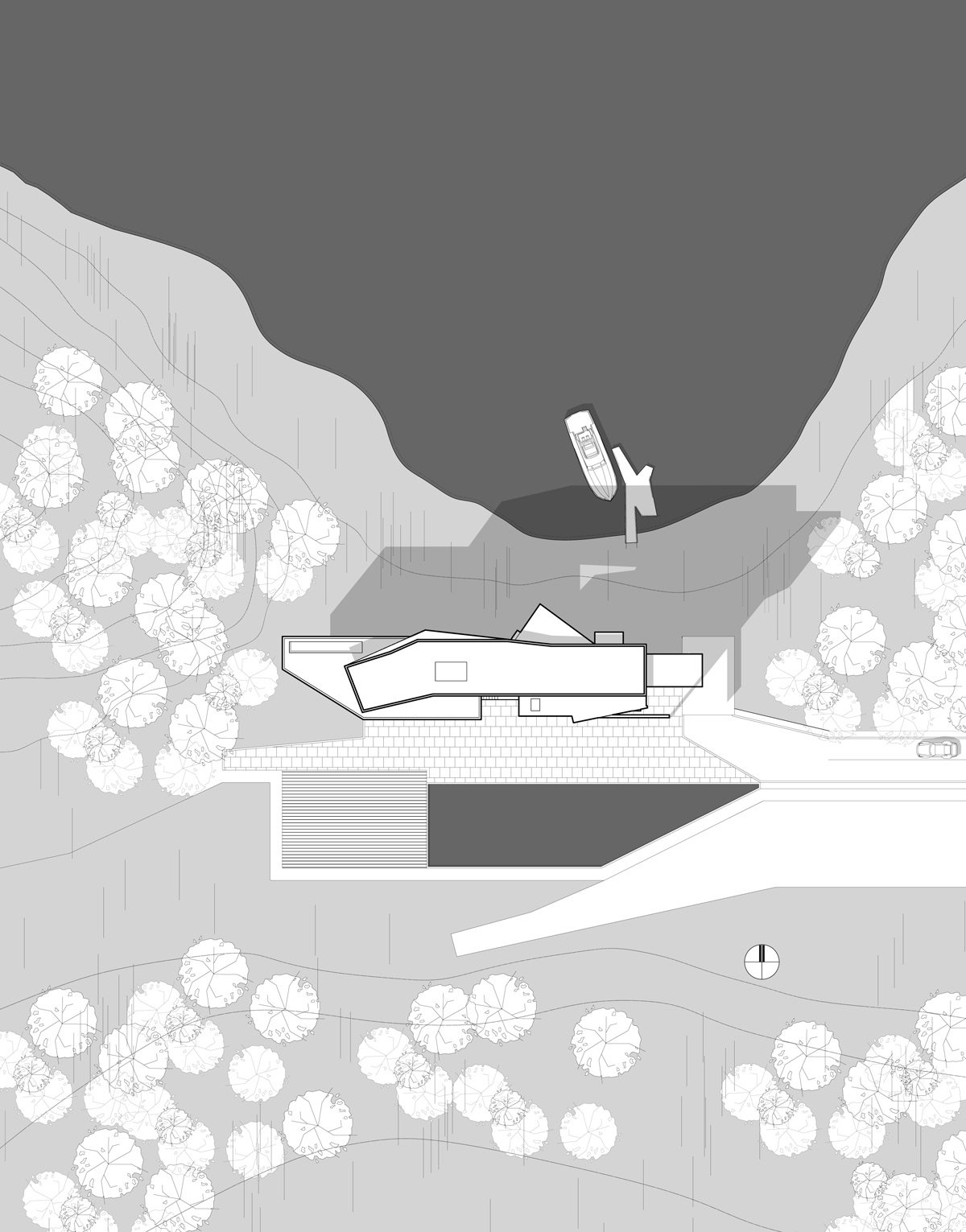 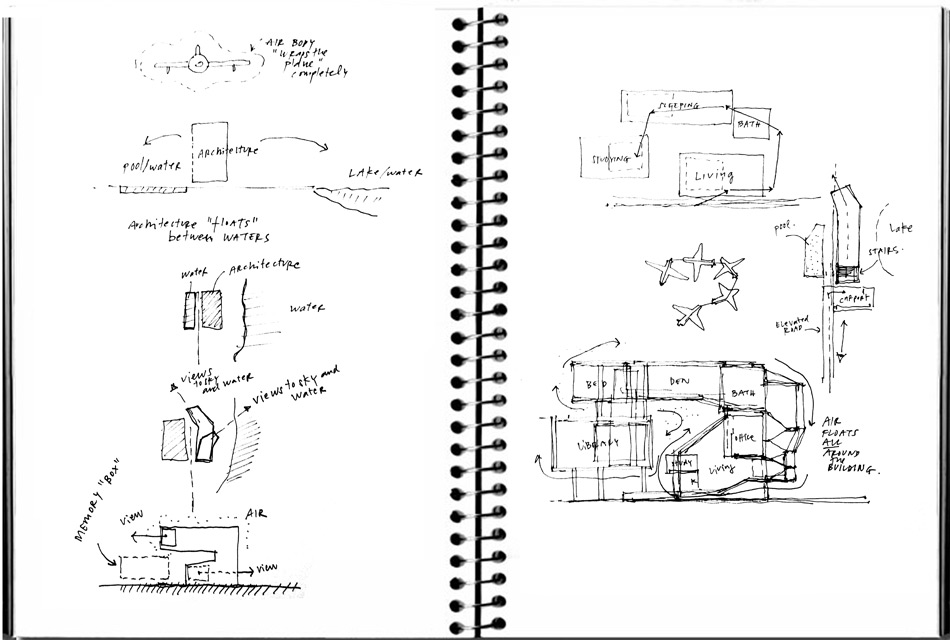 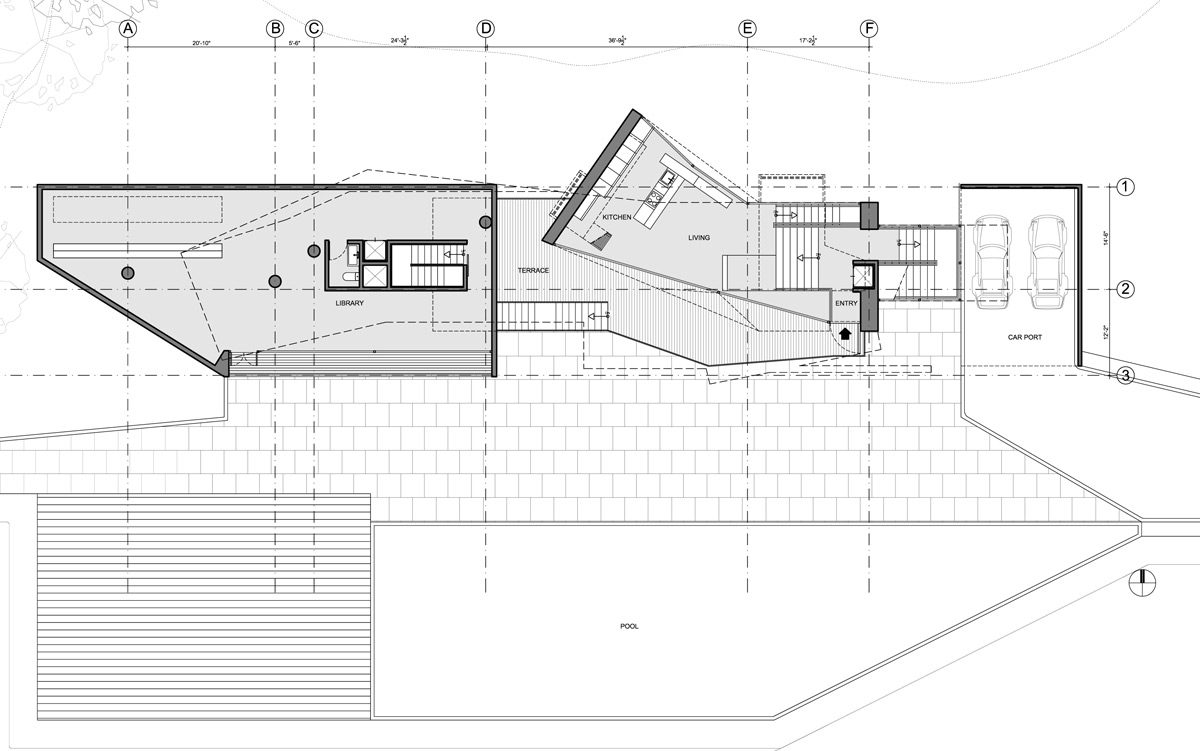 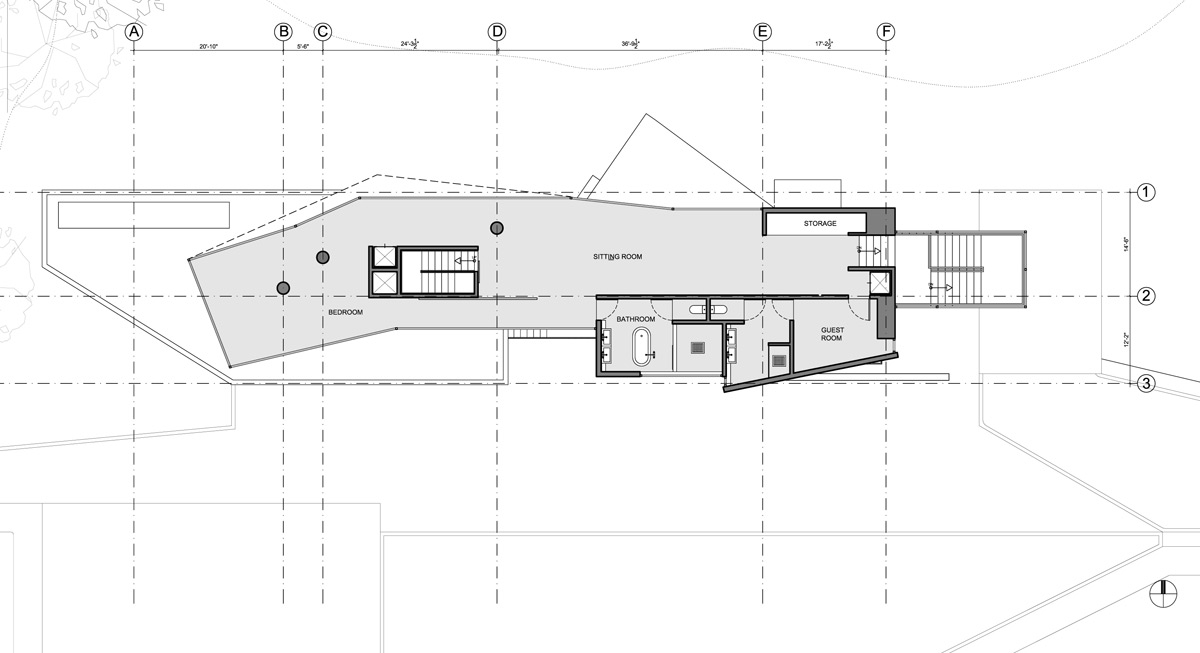 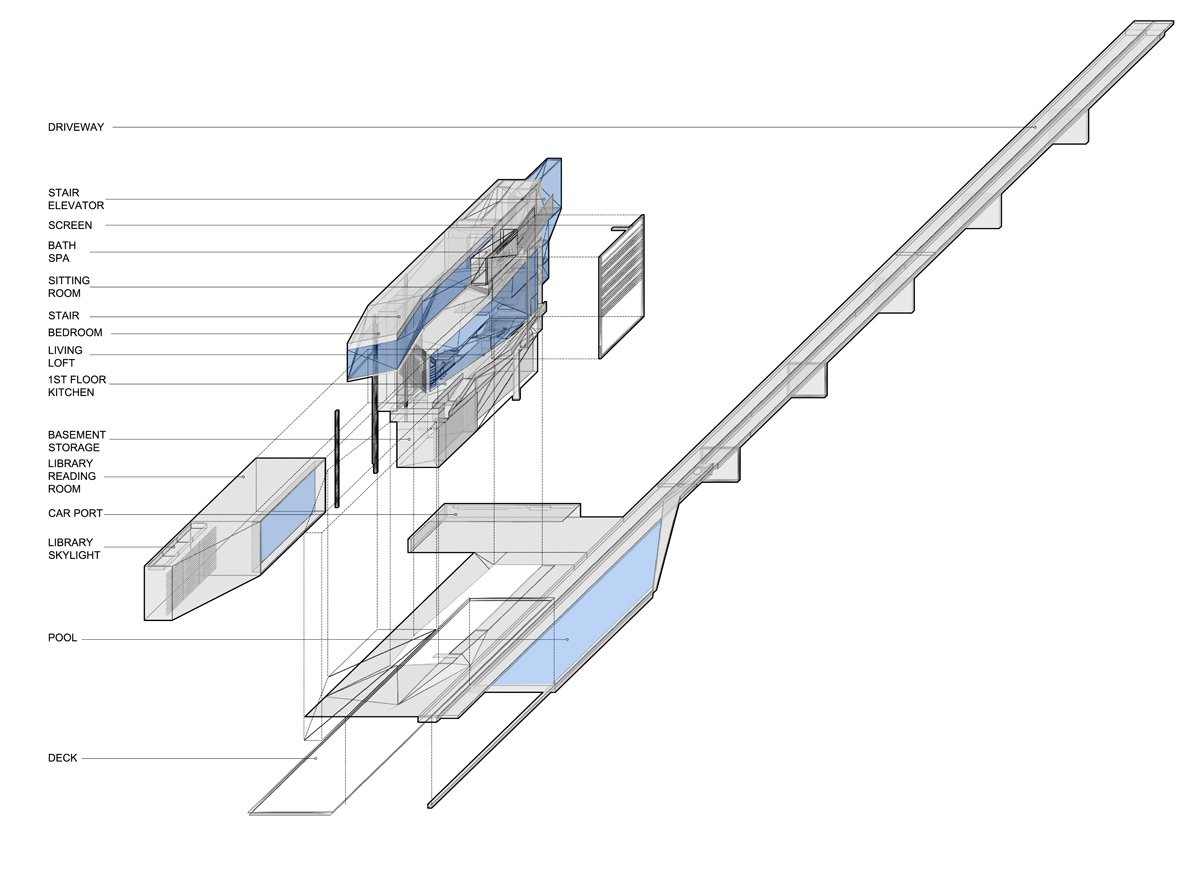 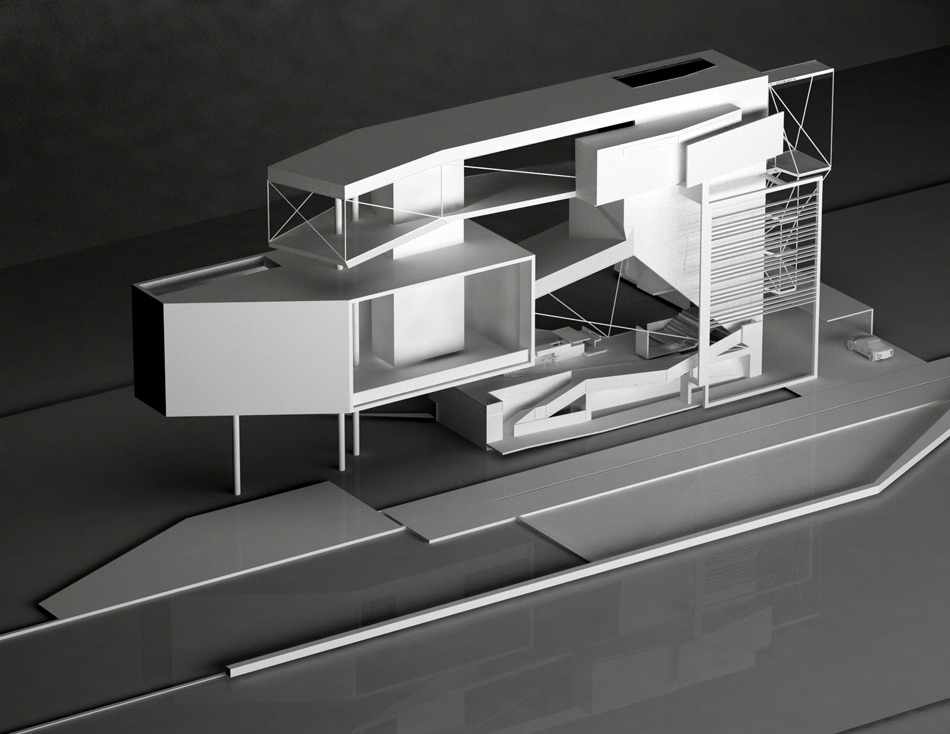 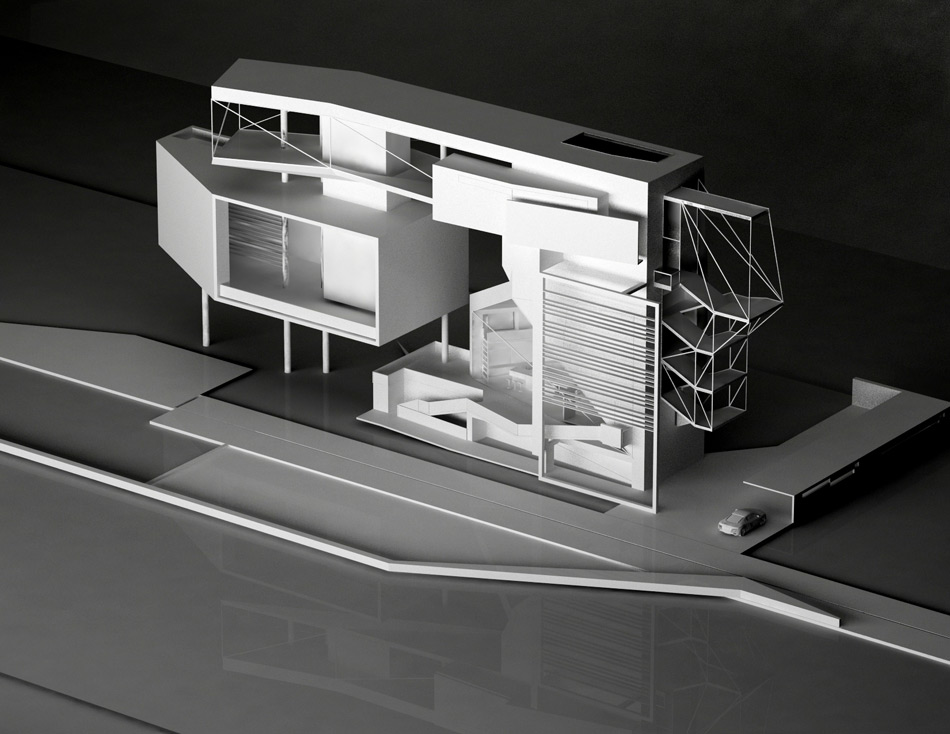 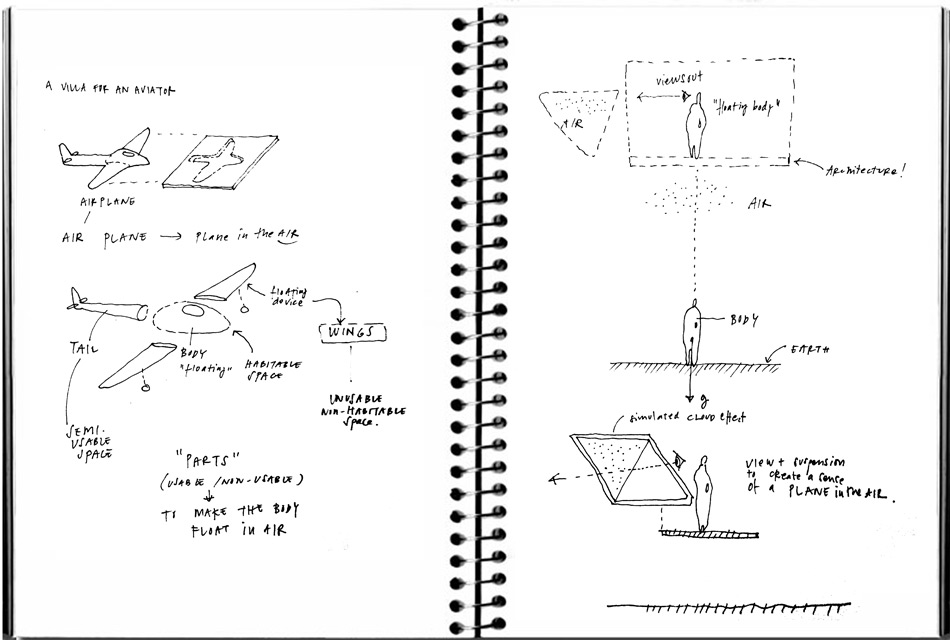 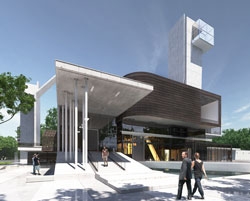 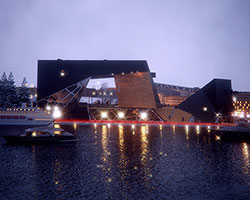 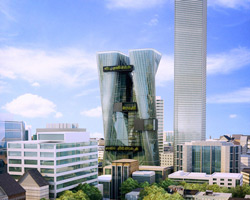