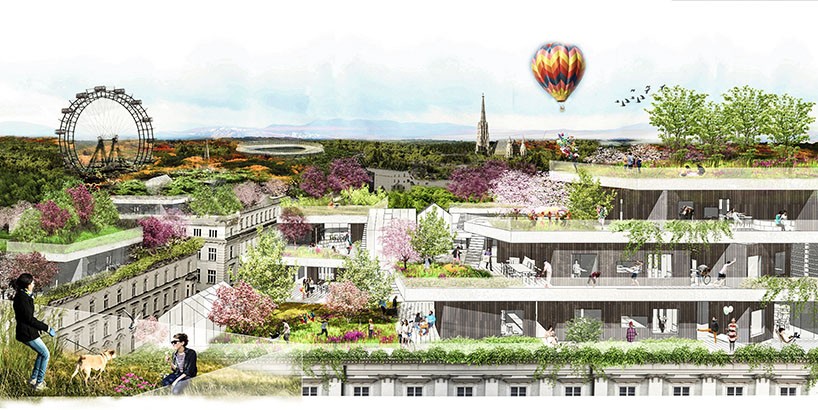 ‘urban super forest’ from above
all images © super future group

super future studio accomplishes this by the creation of a novel urban housing typology that reduces residential space allocation by half — based on austrian average (41.6m2 to 20.6m2) — and the introduction of roof-level forest habitats. the proposed living arrangements, which is particularly youth-inclined, capitalizes on the pragmatic trend of shared living to minimize cost of expensive urban environments. qualities of conventional homes are condensed without causing significant lifestyle alteration, and further re-considered to provide maximum flexibility for all. 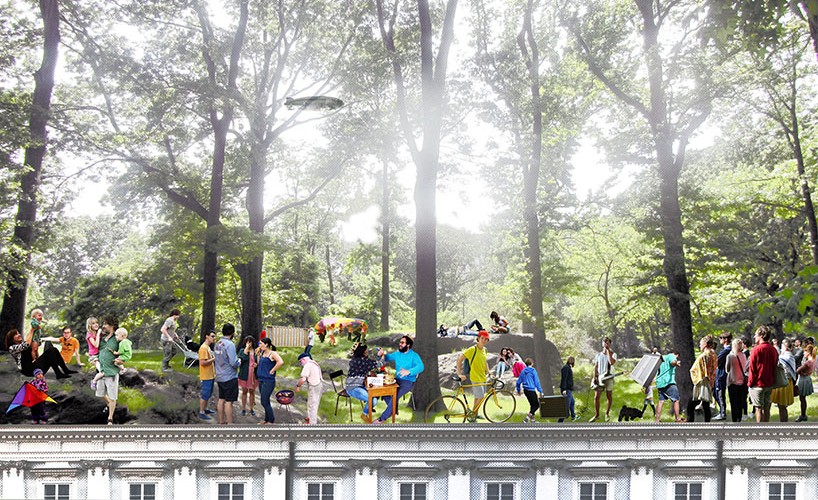 ‘urban super forest’ relies on wooden infrastructure in conjunction with existing structures. vertical construction increases density, while restraining outward-reaching development. wood was selected due to its renewable nature, and considering the planned creation of dense forestation, is a logical choice. 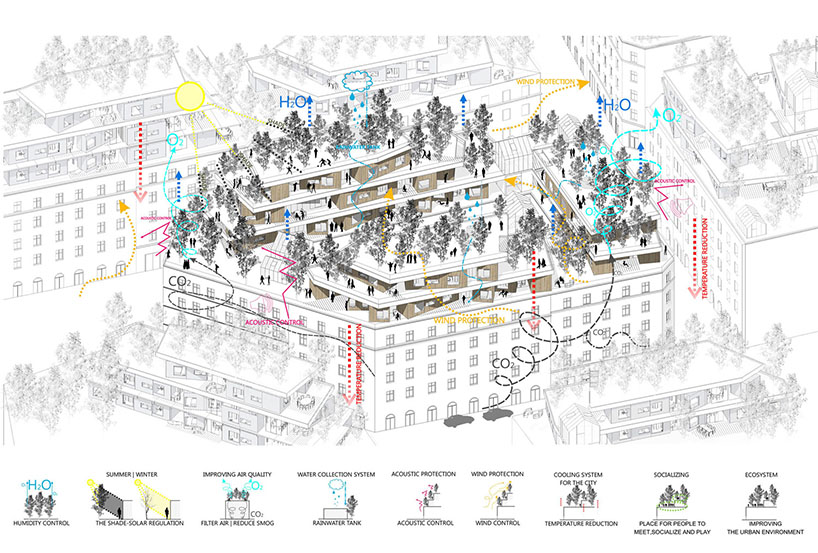 proposed housing, which drastically reduces per-person space allocation, are pre-fabricated structures that include necessities for autonomy while foregoing non-essentials. each comes equipped with kitchen, bathroom, and sleeping quarters — most other programs are eliminated within the home. instead, these are re-configured into larger, public zones for use by residents of the community. 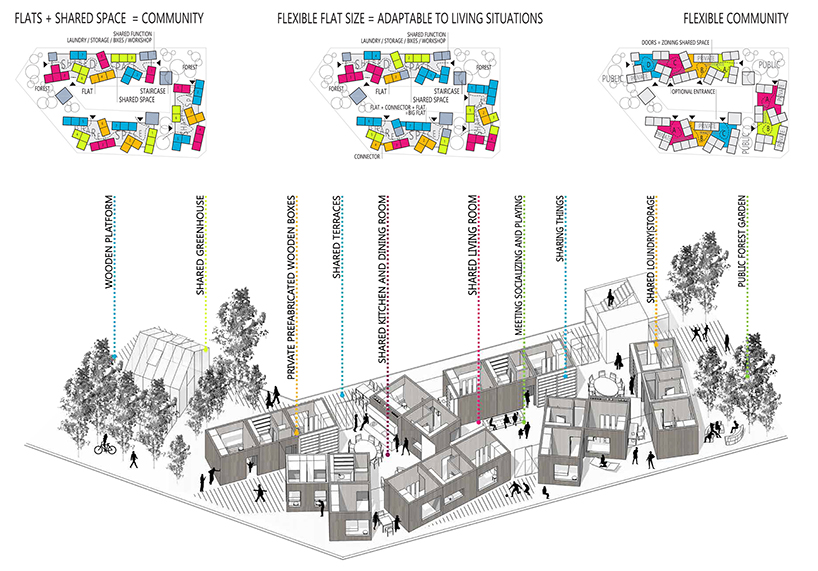 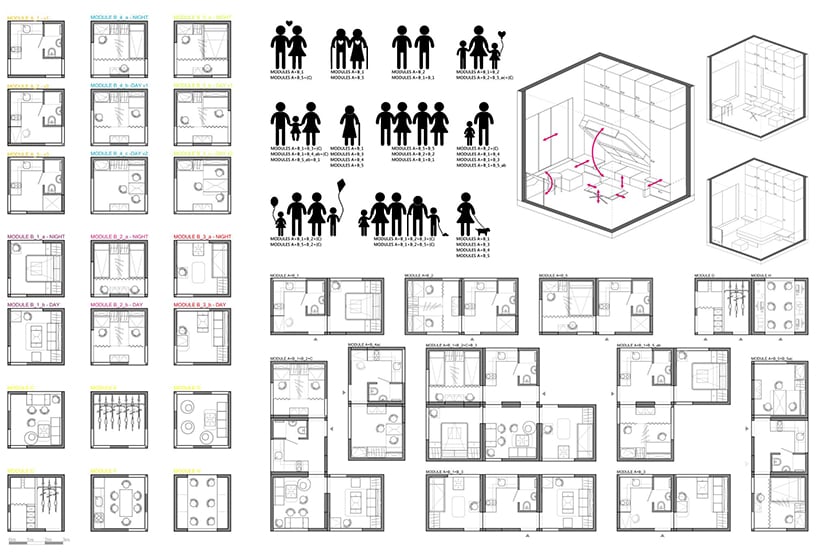 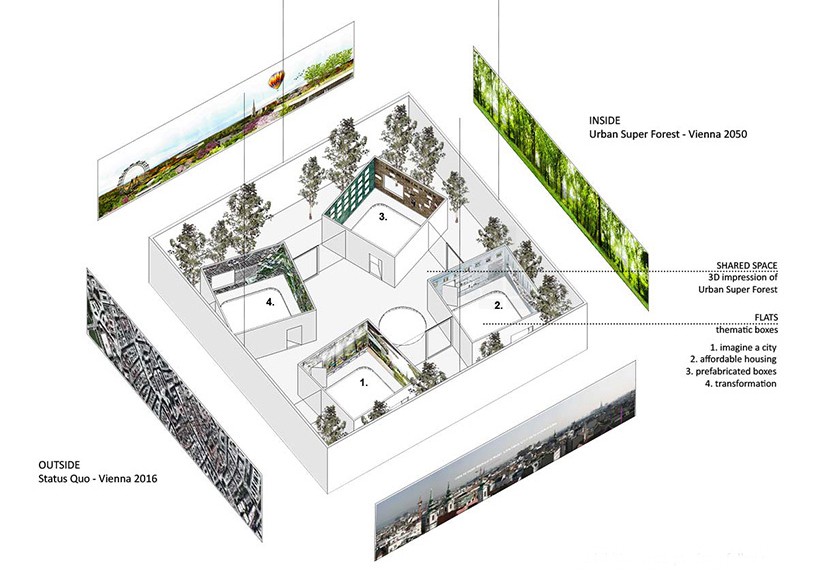 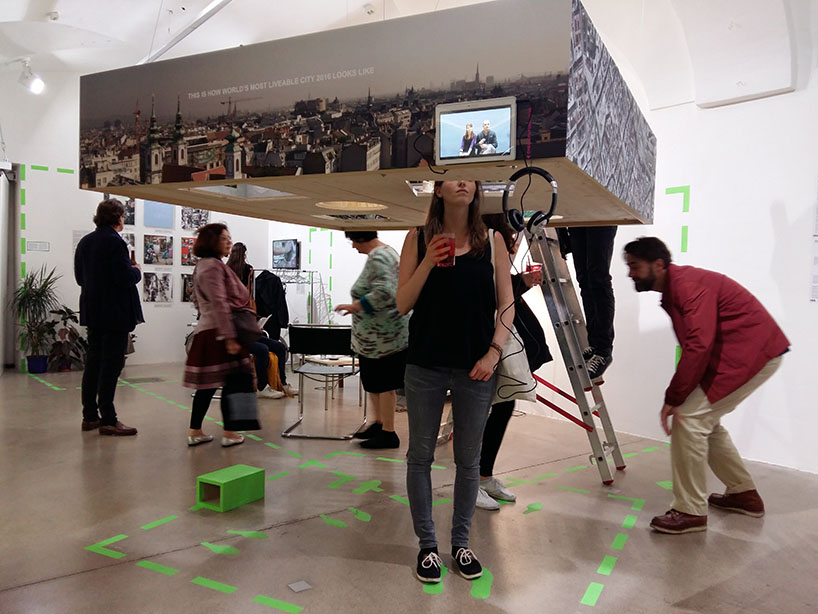 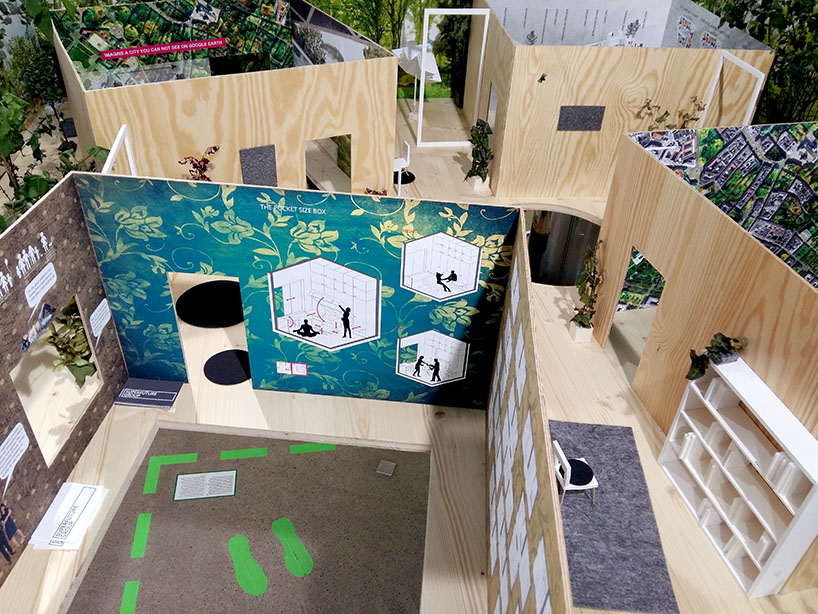 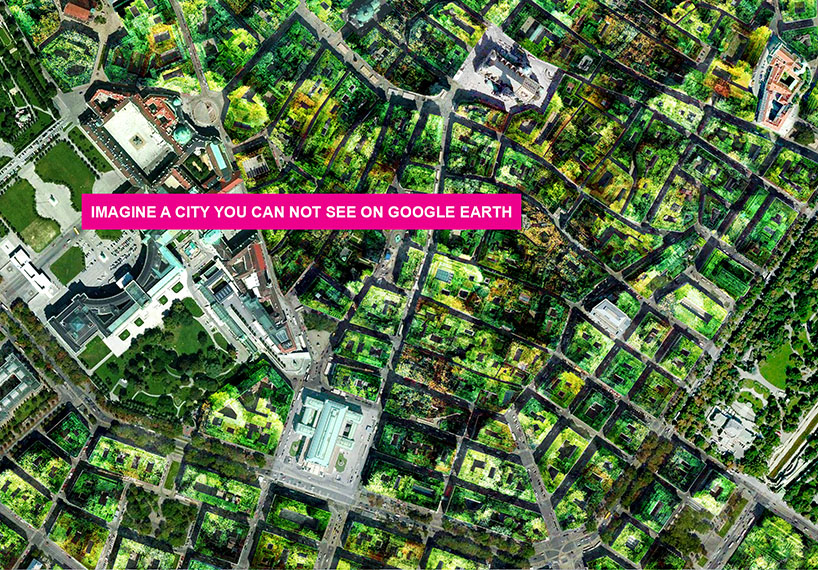 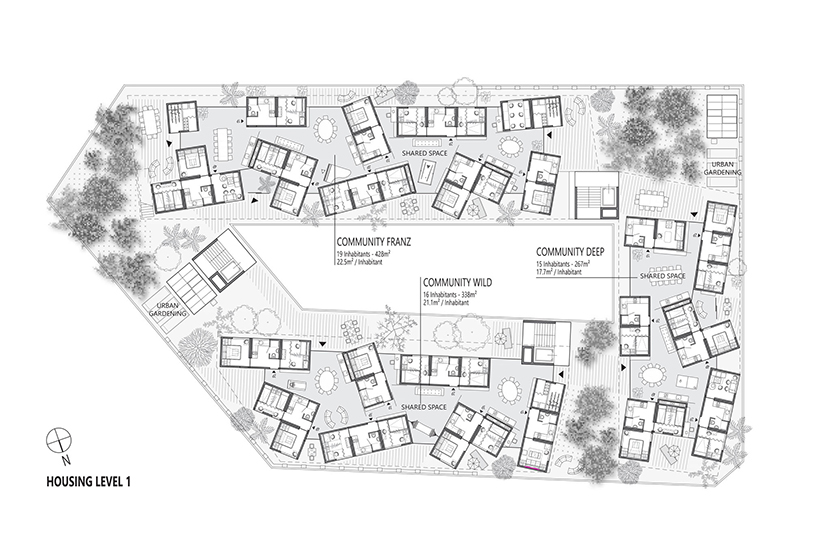