london based creative studio, optical arts, presents a short film that uses a cross-sectional view to dissect an imaginary mausoleum in le corbusier’s modernist city in chandigarh, india. depicted in evocative grayscale, utopia follows a tiny character’s journey as they traverse the complex concrete structure to find the tomb at its core. as the film unfolds, viewers are shown glimpses inside the building’s changing environments, from a piano concert to an underground disco.

all images courtesy of optical arts

inspired by perspective architectural drawings that were first developed in the renaissance period and are still used today — such as the exquisite cross section of the barbican by chamberlin powell and bon — the film adds the dimension of time being compressed as we travel through the scene. the building was designed by optical arts in collaboration with an architect to create a functional structure and to incorporate the letter ‘u’ in the final frame.

the building had to be designed precisely in the context of the film’s narrative as the layout and structure define when each element, room and character appears and disappears. due to the large amount of detail, several iterations were necessary to find the right balance between complexity and readability. throughout the project various style frames were developed to explore the different materials for the building.

the project was created in houdini using a procedural approach to be able to globally control the timing, animation and lighting. this approach saved time as the geometry of the building kept changing regularly through the project. the look of the project was achieved by combining several passes in compositing to create the illustration aesthetic. 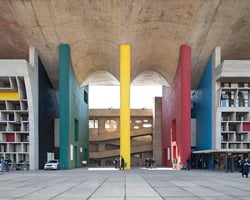 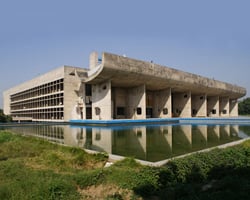 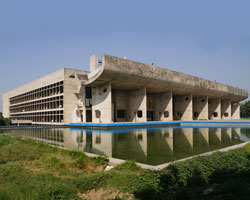 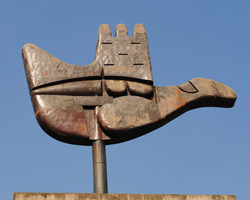