a newly-commissioned ‘garden’ installation by experimental architect achim menges with moritz dörstelmann, structural engineer jan knippers and climate engineer thomas auer will launch the engineering season at the victoria and albert museum. the ‘elytra filament’ pavilion will explore the impact of emerging robotic technologies on architectural design, engineering and construction. influenced by a lightweight assembly found in nature, the pavilion will be an undulating canopy of tightly woven carbon fiber cells created using a leading edge robotic production process. 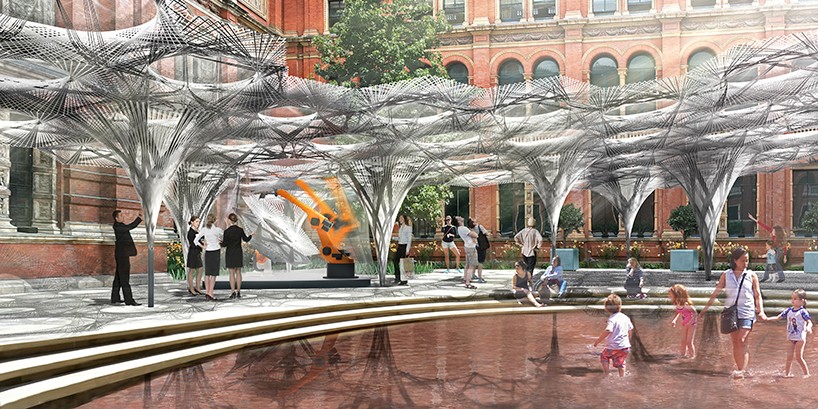 the pavilion will grow over the course of the V&A engineering season in response to data on the structural behavior and patterns in inhabitation of the garden that will be captured by real-time sensors in its canopy fibers. at select moments, visitors will have the opportunity to witness the pavilion’s construction live throughout the exhibition as new cells are fabricated by a kuka robot. menges’ and knippers’ institutes at stuttgart university are experimenting the integration of biomimicry, robotic fabrication and new materials research in architecture and have recently complete several innovation projects in germany. check out designboom’s interview with achim menges here. 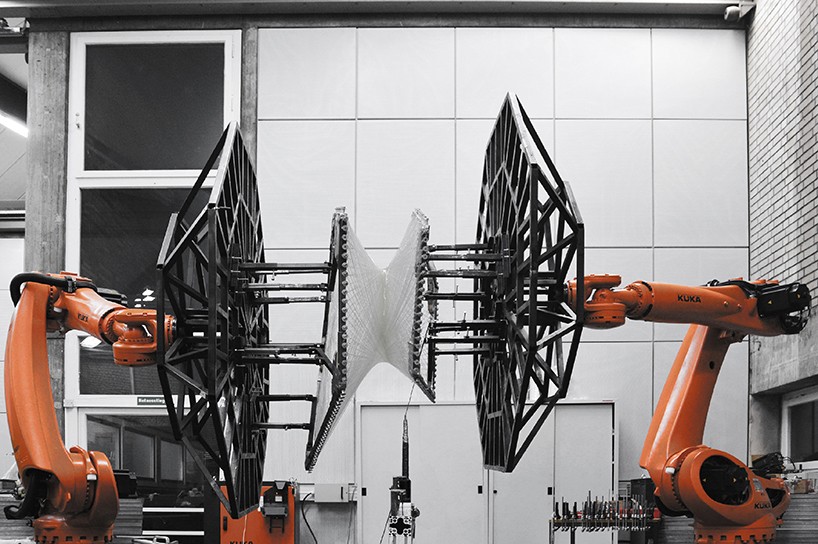 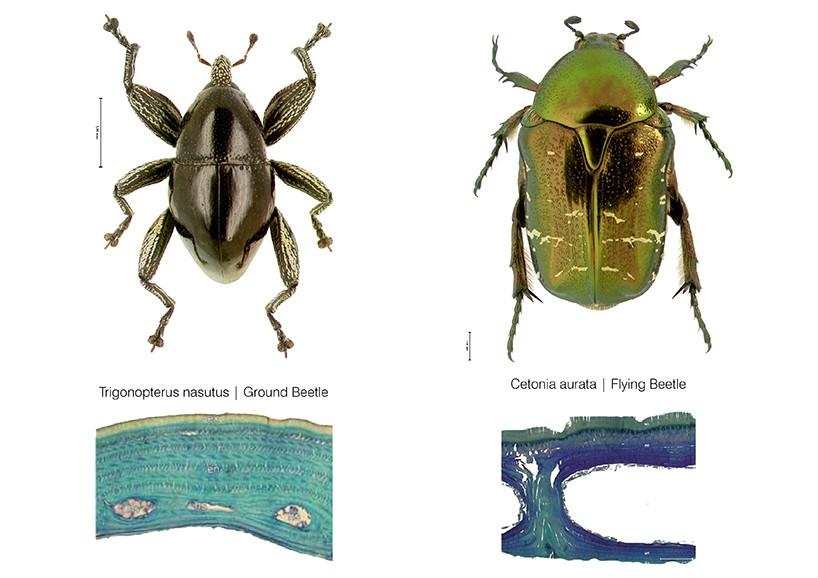 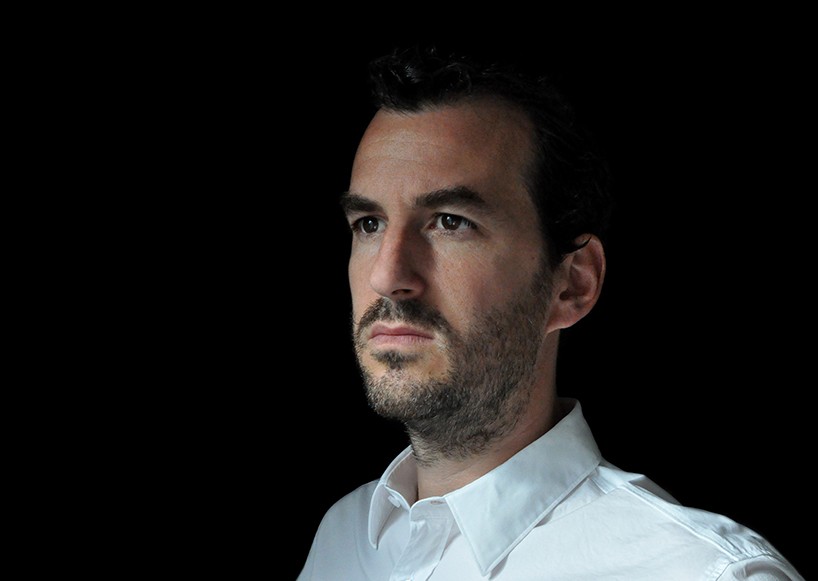 ‘elytra filament’ pavilion is created by achim menges with moritz dörstelmann, jan knippers and thomas auer. commissioned by the V&A and on display in the john madejski garden from 18 may – 6 november 2016 as part of the V&A engineering season.