vargo nielsen palle, a recently established practice, has been chosen to design the new aarhus school of architecture — holding off competition from firms such as BIG and lacaton & vassal in the process. the danish institution will now begin the process of relocating from its current out-dated premises, which have been referred to as the school’s ‘temporary’ home for more than 50 years. 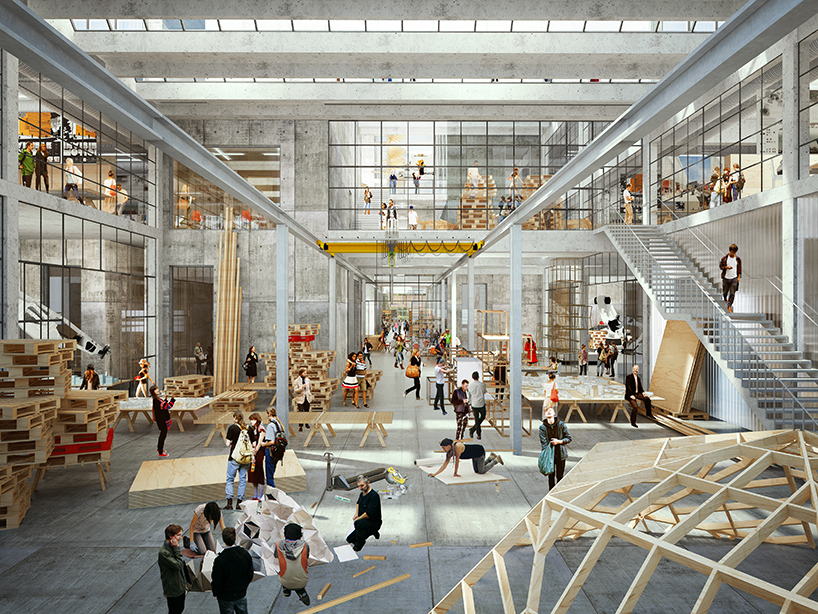 all images courtesy of vargo nielsen palle and ADEPT

vargo nielsen palle’s winning scheme is the result of a close collaboration with ADEPT, rolvung & brøndsted arkitekter, tri-consult, and steensen varming. conceived as a ‘city within the city’, the design allows for visual contact among the school’s users, a gesture that in turn fosters cooperation and inspiration. the 13,000 square meter building steps down in height towards a centrally positioned public square, which opens up to the city and its neighboring institutions. 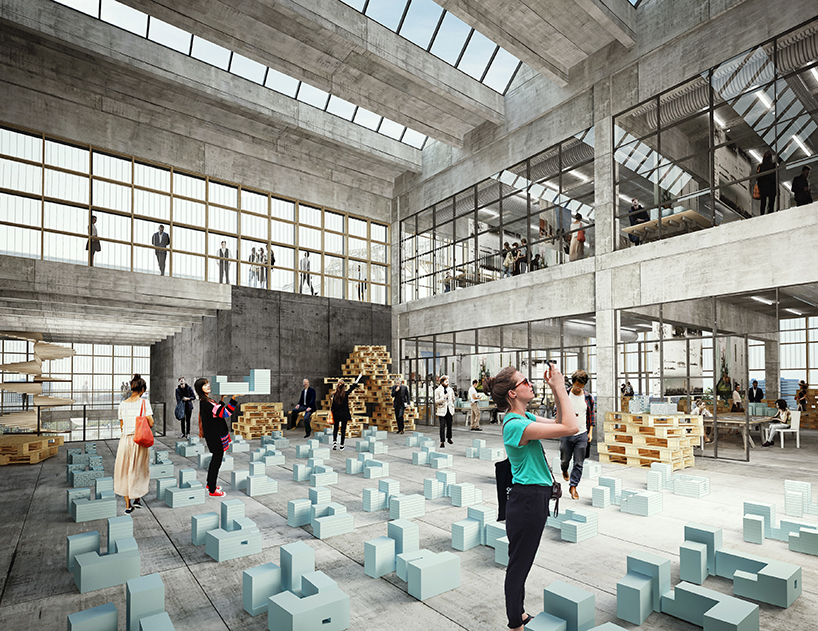 the design allows for visual contact among the school’s users

‘the new school of architecture will be a cultural hub that encourages interaction and dialogue,’ says torben nielsen, rector of aarhus school of architecture. ‘an open, pragmatic, flexible structure that allows for continuous change and adaptation to changing needs, and which focuses on the future life and activities inside the building. it will be a factory for architectural experimentation that will set the stage for cooperation with the city, the profession and our neighbors — just as we wanted.’ 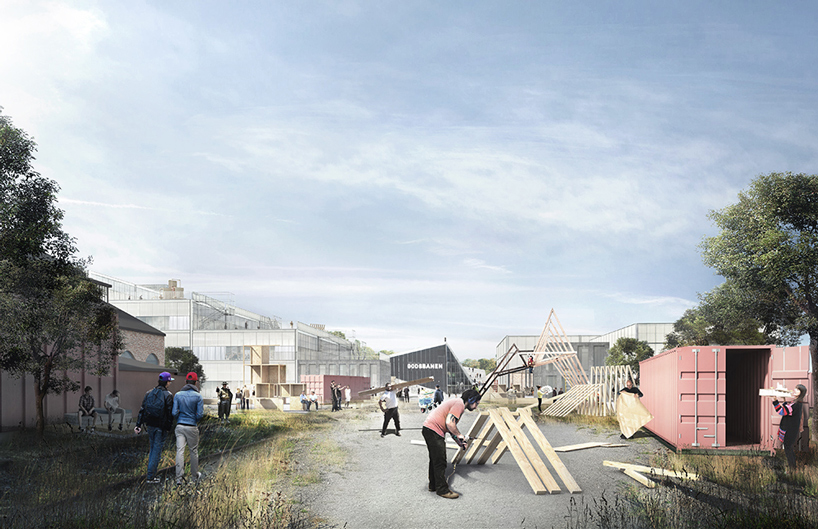 ‘the framework and economy of the new school of architecture are modest, which has forced the school and us to think hard and give priority to the right aspects from the very start,’ adds signe primdal, vice president in the danish building & property agency and chairman of the jury. ‘the initial open design competition enabled us to draw up a competition brief that has helped us find a robust winning project – a project in which the concept and the idea have been reduced to the bare essentials.’ 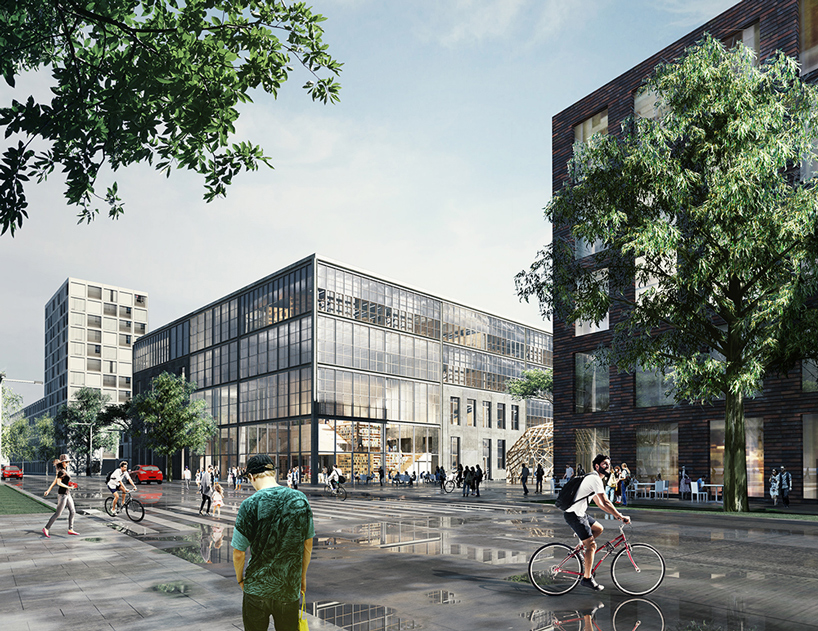 a total of six teams participated in the restricted design competition, with vargo nielsen palle eventually winning out. the design will now be developed and refined, with the winning consulting team — together with the chosen design-and-build contractor — responsible for the project’s detailed design and realization. the new school of architecture is expected to open in 2020, with a total budget of DKK 261 million (approximately $38 million USD). see designboom’s previous coverage of the project here. 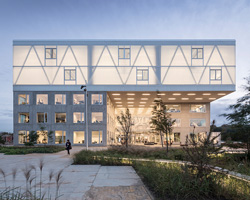 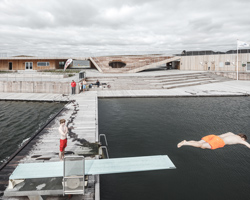 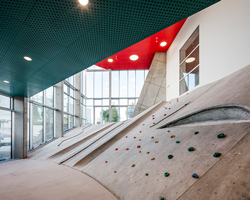 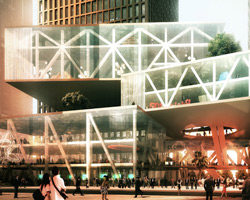 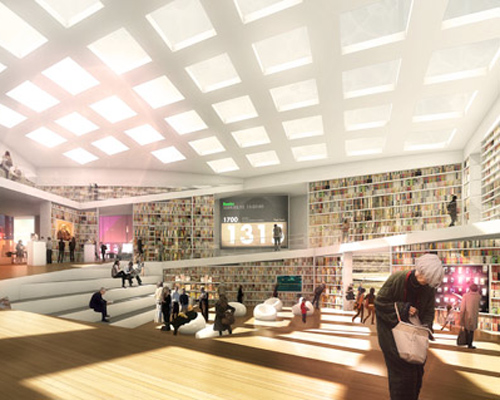 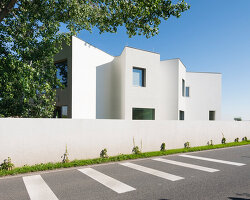 May 29, 2021
no architects' montessori kindergarten is a soft, playfully-designed volume 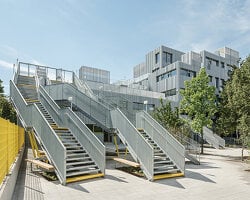 May 08, 2021
corrugated sheet clads a school extension in vienna by PPAG architects