‘alt under ett tak’ (everything under one roof) by norwegian various architects, connects existing and new buildings together under one undulating roof structure.  the proposal was for the eikefjord skole competition in norway.

the project set out to keep as much of the existing structures as possible because they are both economical and environmental resources. the existing buildings would be upgraded in plan to accomodate universal access and given new exterior insulation to save energy.   the existing classrooms are used for base areas, natural sciences, administration, and personnel. existing interior brick walls were proposed to be moved to dissolve the existing corridor/classroom barrier. the addition of niches and glass areas in the corridor would allow them to be used for group work or as an active part of the learning environment. the new building is formed by continuing the roof peaks of the existing buildings to create a sports hall, music room, school kitchen, cafe, foyer, library, and a large open amphitheatre with stage. the undulating roof breaks down the scale of the sports hall and creates interior spaces for the students. the entrance space becomes the heart of the new school, and potentially the cultural center for the people of eikefjord. the new building also creates a protective frame around the school’s central courtyard by screening it from the elements. 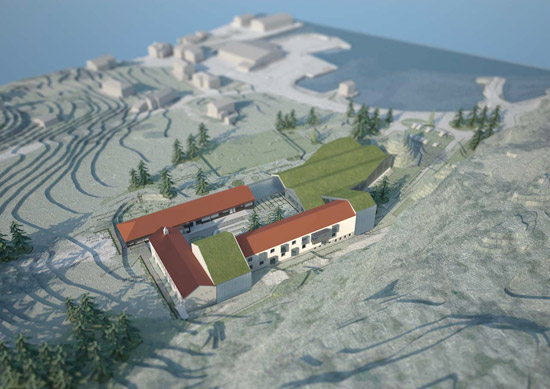 ‘alt under ett tak’ (everything under one roof) 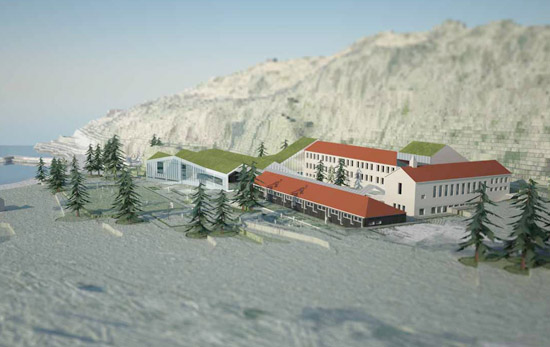 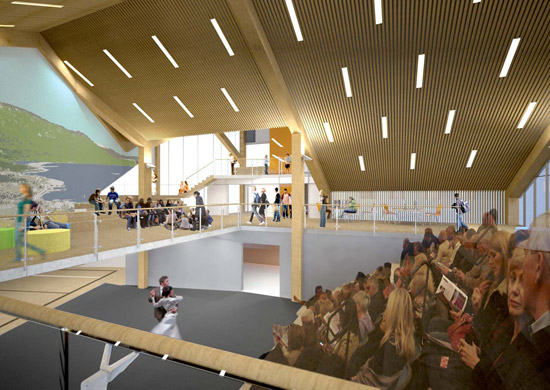 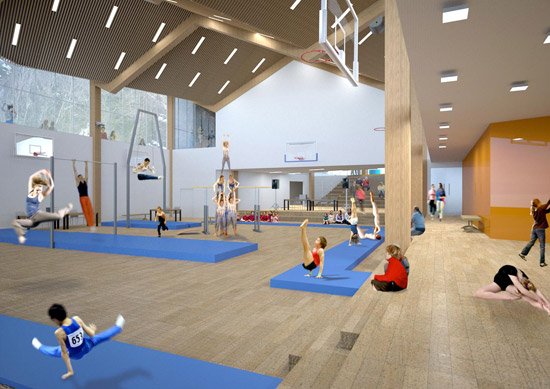 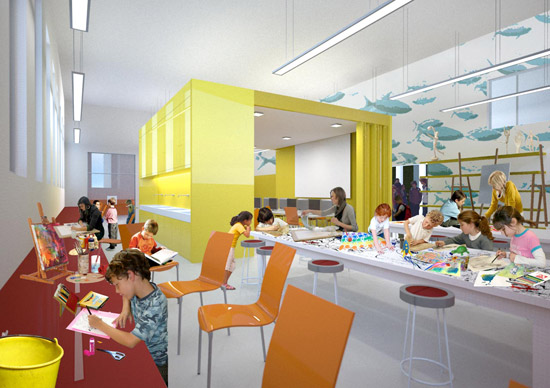 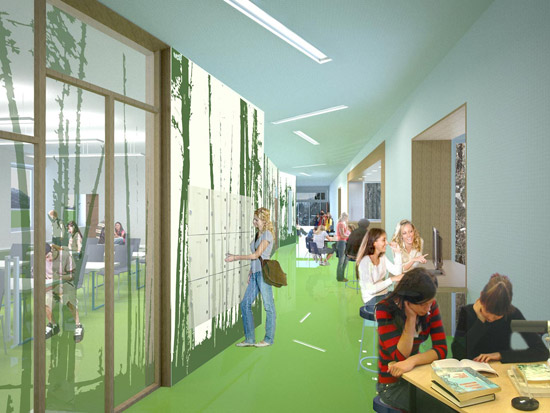 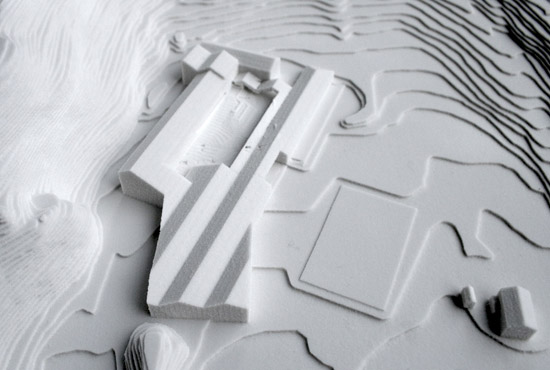 model of ‘alt under ett tak’ (everything under one roof) 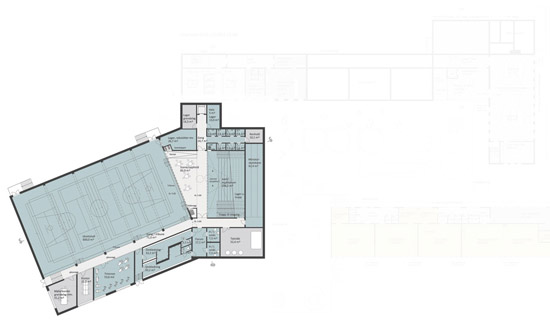 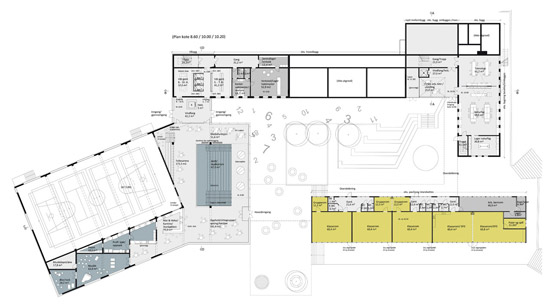 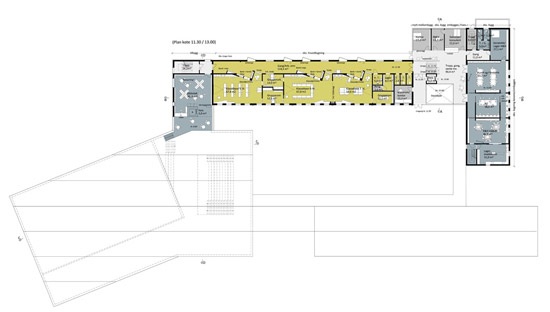 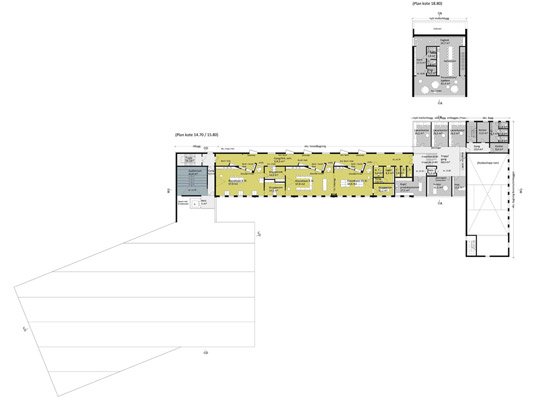 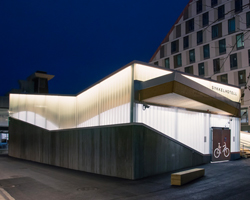 Nov 30, 2016
lillestrøm bicycle hotel by various architects opens to the public in norway 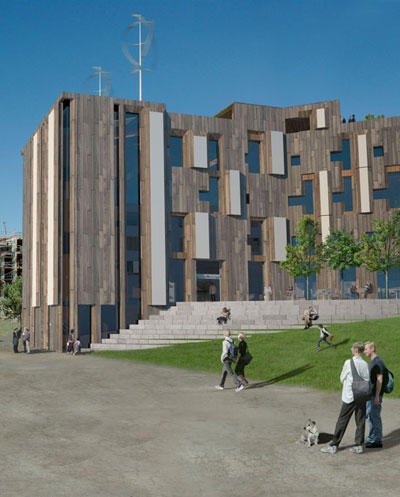 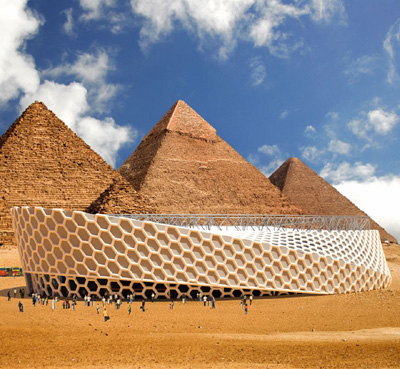