in an effort to link two levels of the spanish town of errenteria, vaumm arkitektura has designed an ‘urban elevator‘. located in the alaberga quartier, the project entitled ‘the way through the forest’ considers issues such as an aging population and how this rising demographic will impact our urban environments in the future. constructed for pedestrians and built to rise 40 meters in height, the new structure essentially reconnects the public and the ‘split town’. 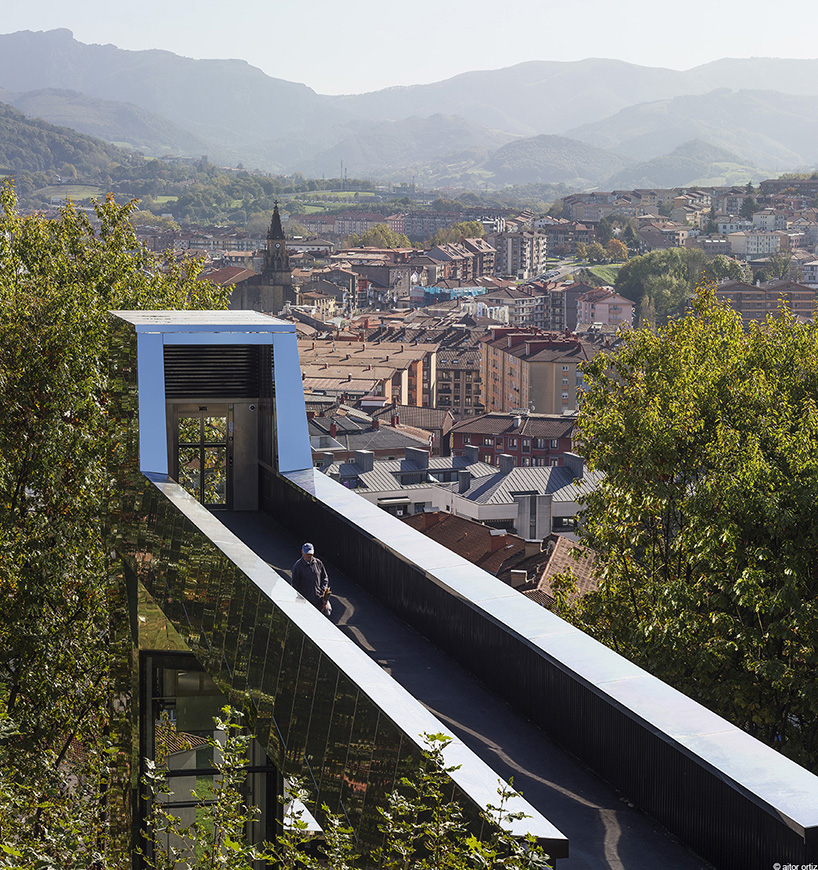 constructed in the 1960s, the alaberga quartier was built to accommodate a large number of people as efficiently as possible. with the topography of the area, buildings were developed over two levels of differing elevations: one one in the lower level organized around the church, with linear blocks that generate blocks and streets; and another area with disseminated buildings that climb the hillsides, leaving the steepest areas empty. 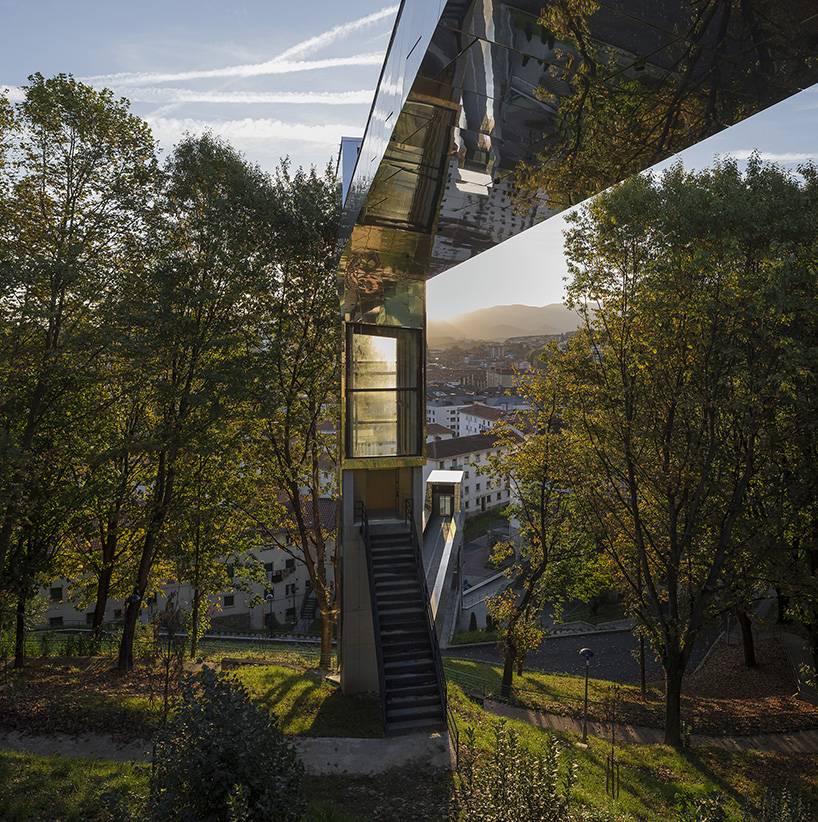 the structure has been designed by vaumm to be comprised of two elevators, which are connected by footbridges to cross the hillside and ascend to the higher ground. clad in sheets of aluminium, the architecture intends not to impose itself within the landscape, but instead to blend in with the surroundings. with the specification of a mirror-like material, details of the encompassing deciduous forest and sky above are reflected on the surface. the faces of the elevator towers are composed of glazed elements, allowing pedestrians to gain a tremendous view over the town below as they move upwards. 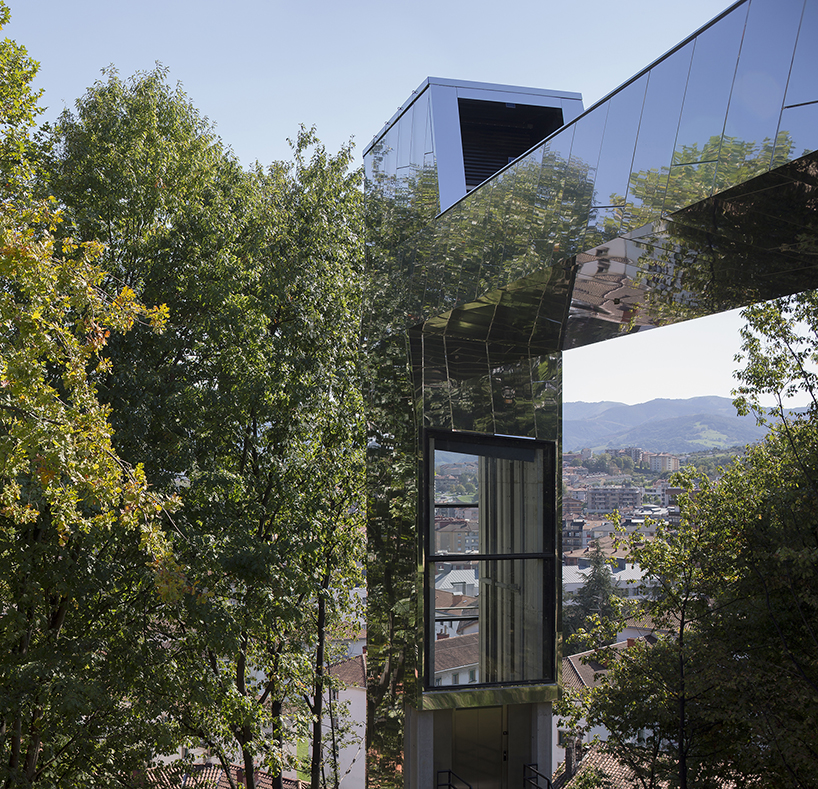 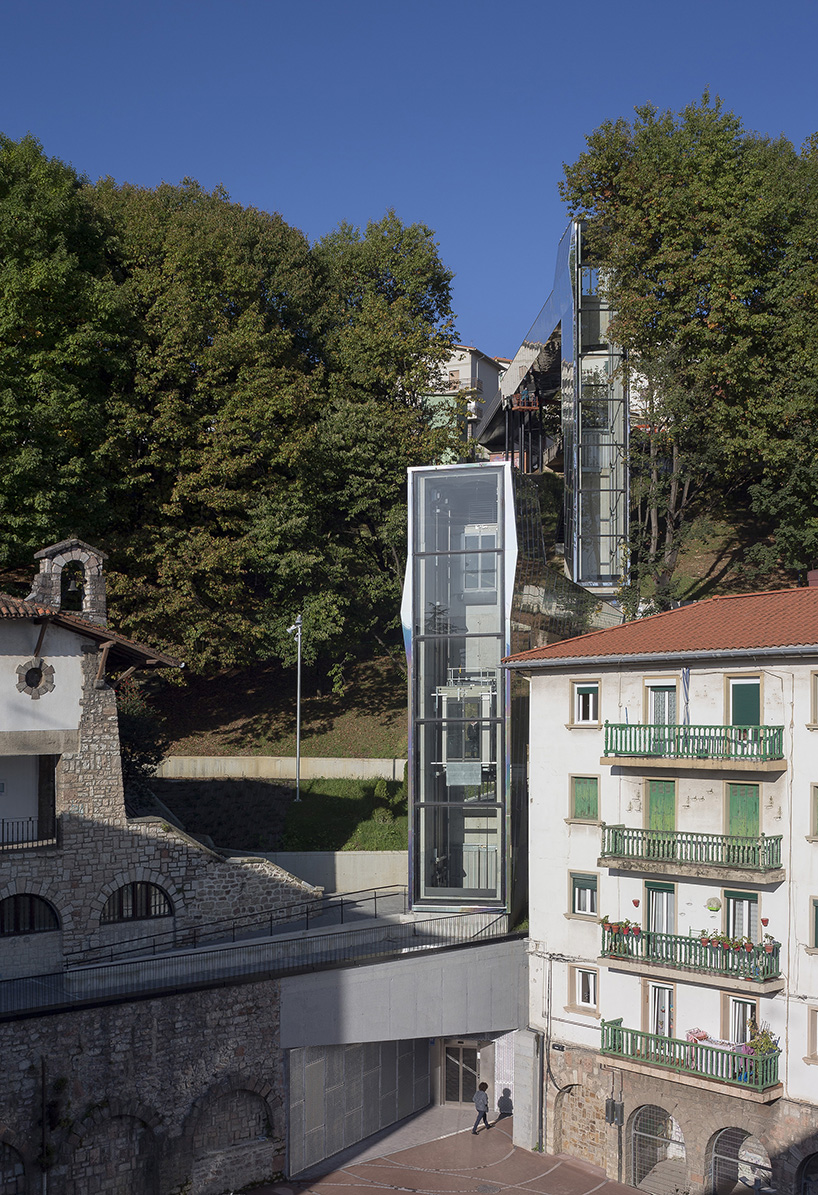 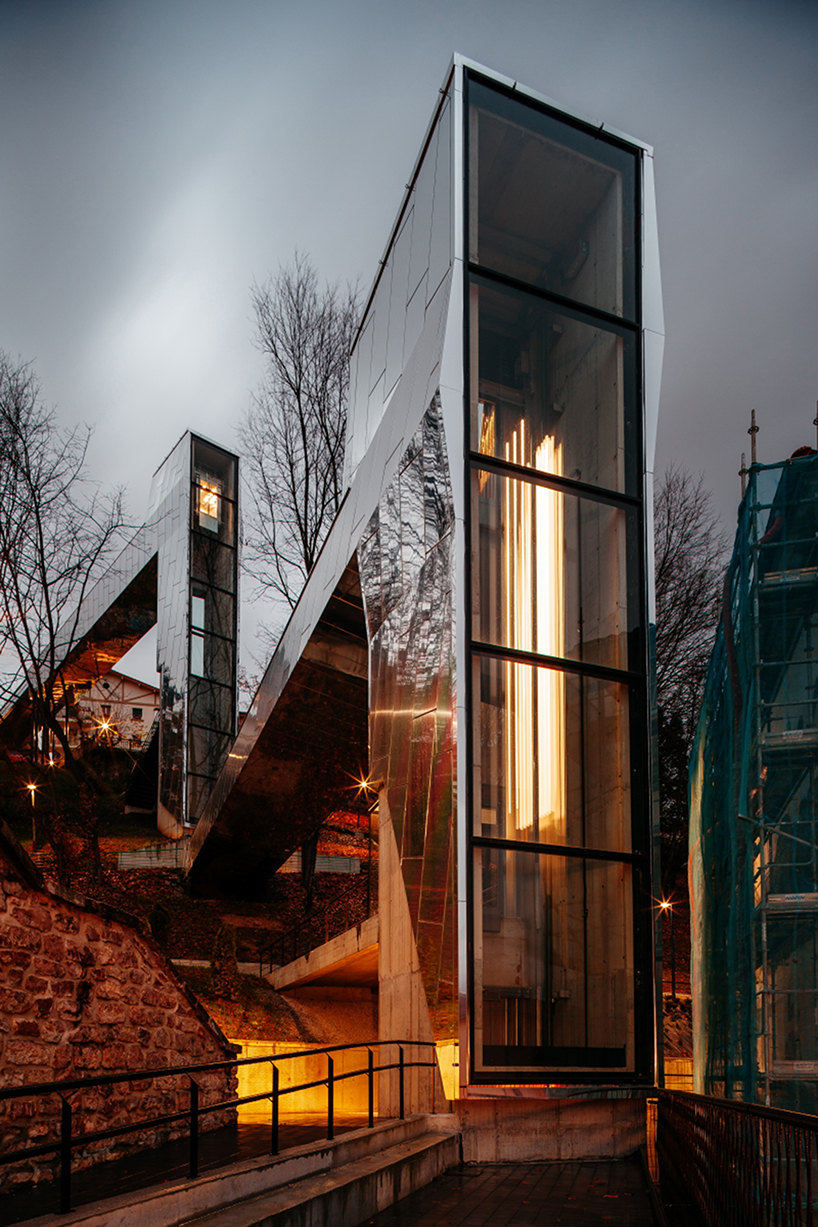 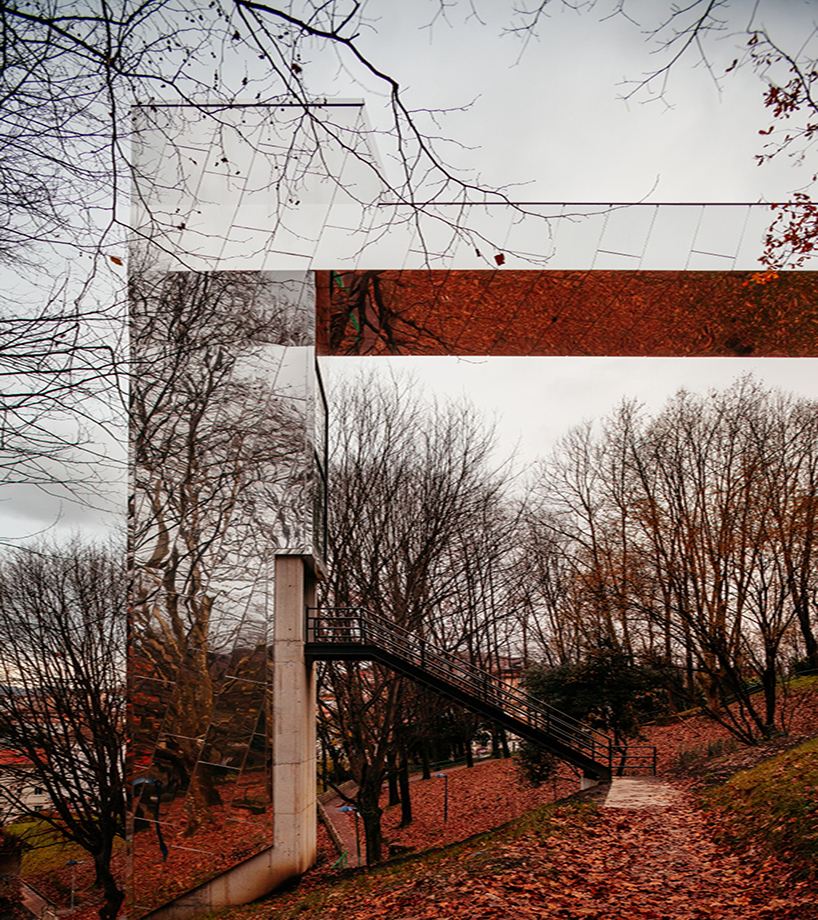 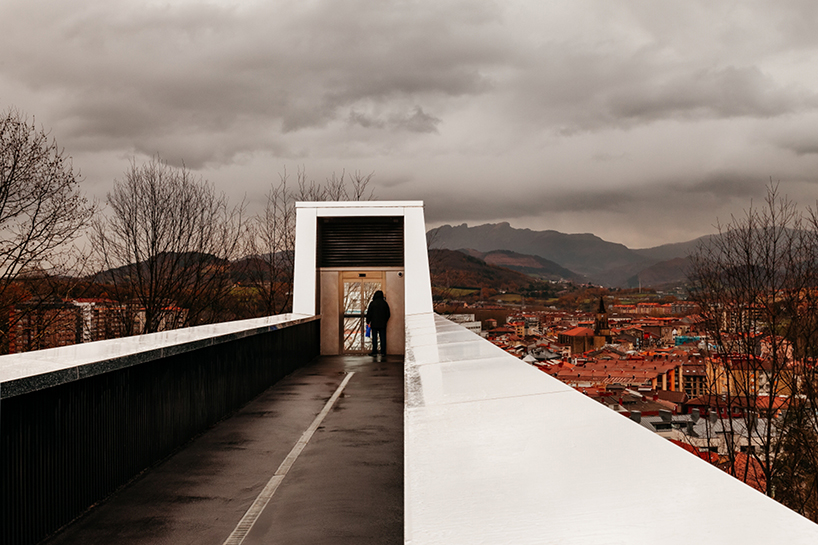 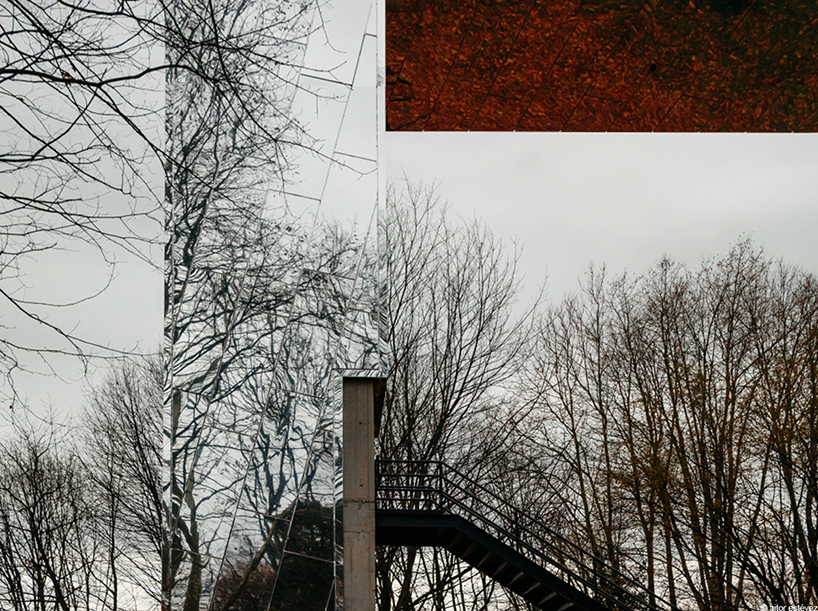 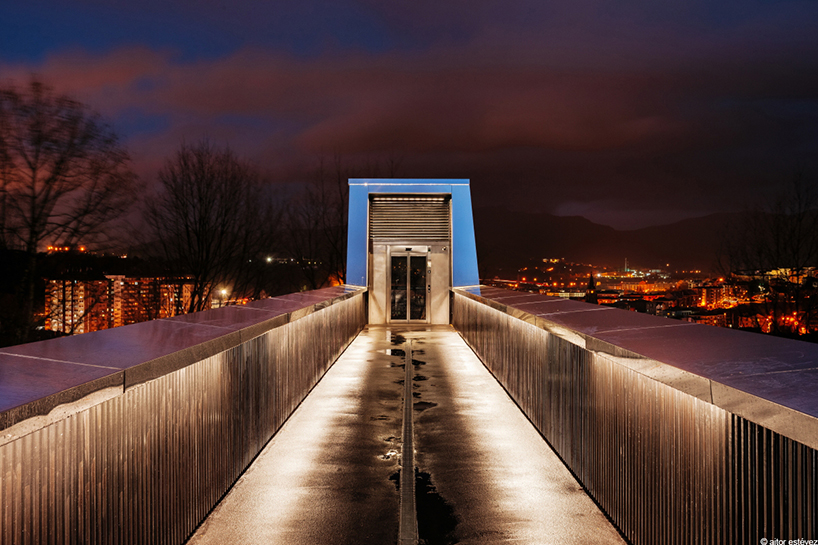 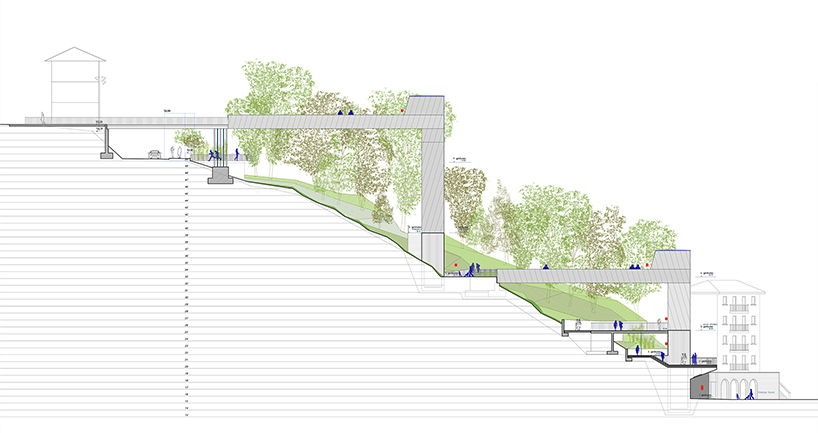 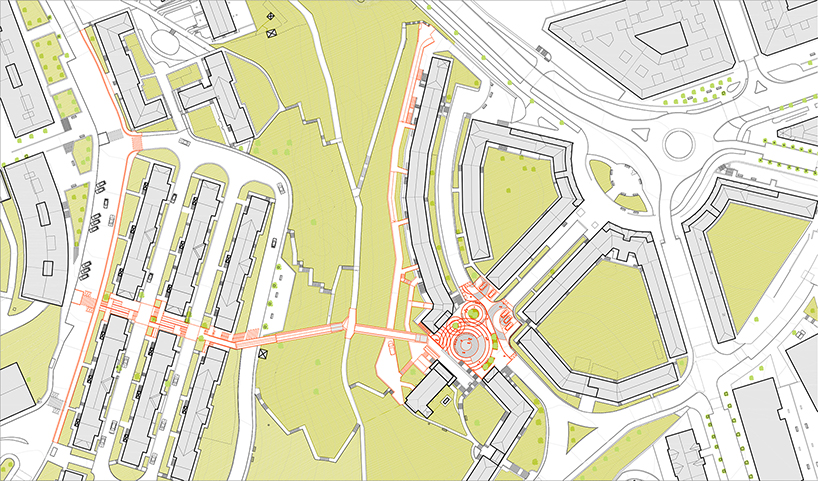 project name: ‘the way through the forest’ 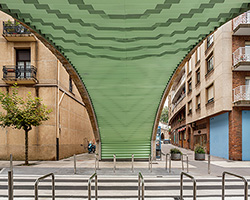 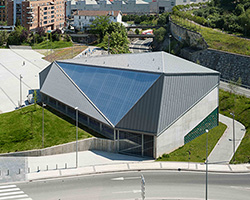 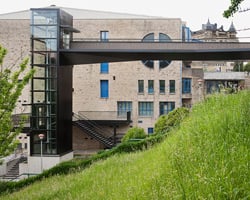 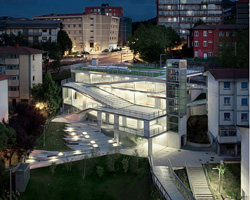 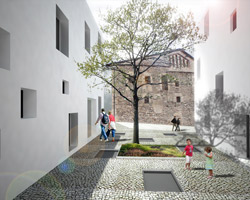