after conceiving of the internationally awarded al jazeera newsroom inside london’s landmark ‘the shard’ in 2015, austrian studio veech x veech has completed the new network center buildings and the arabic newsroom headquarters located in doha. the project in the middle east comprises of a landmark building and two TV studios; the architecture itself developed to represent new forms of spatial communication for the information age. 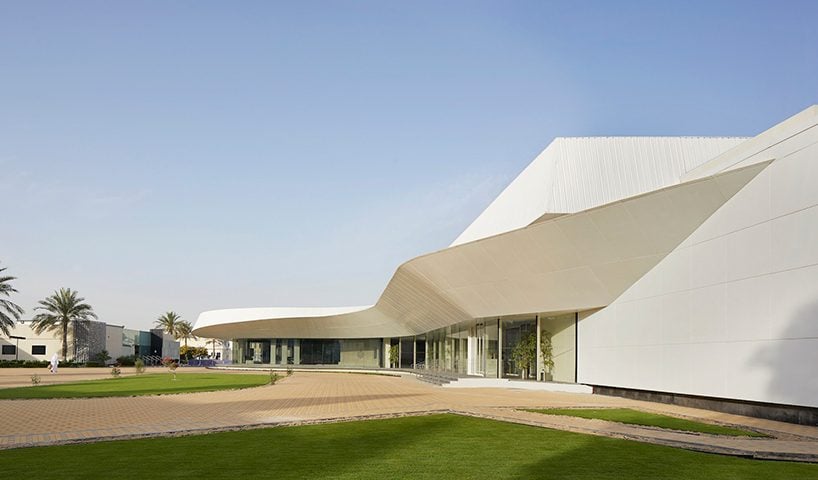 the al jazeera news network brings in more than 310 million viewers in over 100 countries, their HQ in doha is the second collaboration with veech x veech. the concept of media transparency was addressed through the building’s materials and design elements. the new broadcast studio is situated at the core of the site, designed from the inside out to create 360º panoramas through the exterior walls. this smooth transition between architecture and the natural environment is achieved through the fluid form of the scheme and the use of glass. 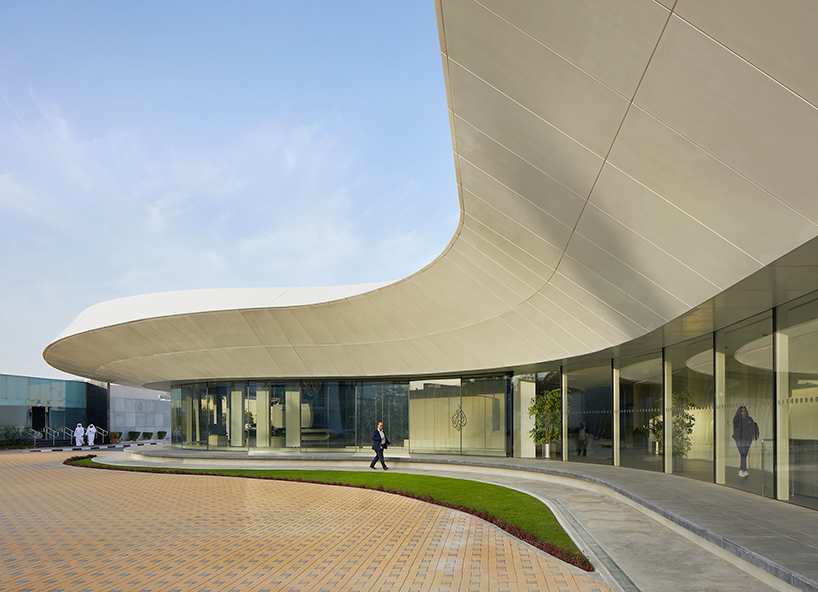 the heavy use of glass posed challenges such as the strong sunlight on the south-facing façade. this led to the creation of a detached roof and the characteristic feature of the building. the undulating canopy, precisely contoured to shade the studio’s south-facing glass façade, cantilevers from a 36m lateral structural support. the light exposure is regulated by polarization filter panels integrated into the façade, and balanced inside the studio by digital controllers synchronized with the cameras. the natural light changes the character of the broadcast studio throughout the day and visually connects the studio to the landscape outside. 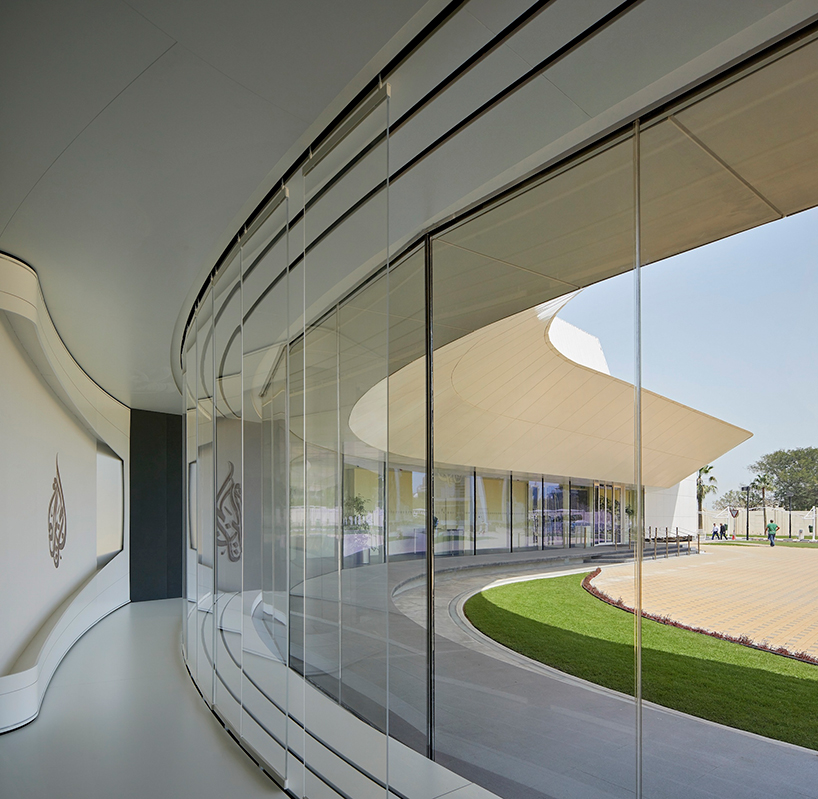 inside, custom-made objects designed for the broadcast studios include a sweeping seat and corresponding table that can be filmed from all angles. the curvilinear shapes characterizing the furniture also structure the floors, walls and lighting designs to make the studio’s overall composition more dynamic.

‘we developed the designs in response to the al jazeera media network logo,’ explains mascha veech-kosmatschof. ‘they reflect the curves and asymmetry of the calligraphy in the logo, and add a subtle layer of branding to the furniture design.’ 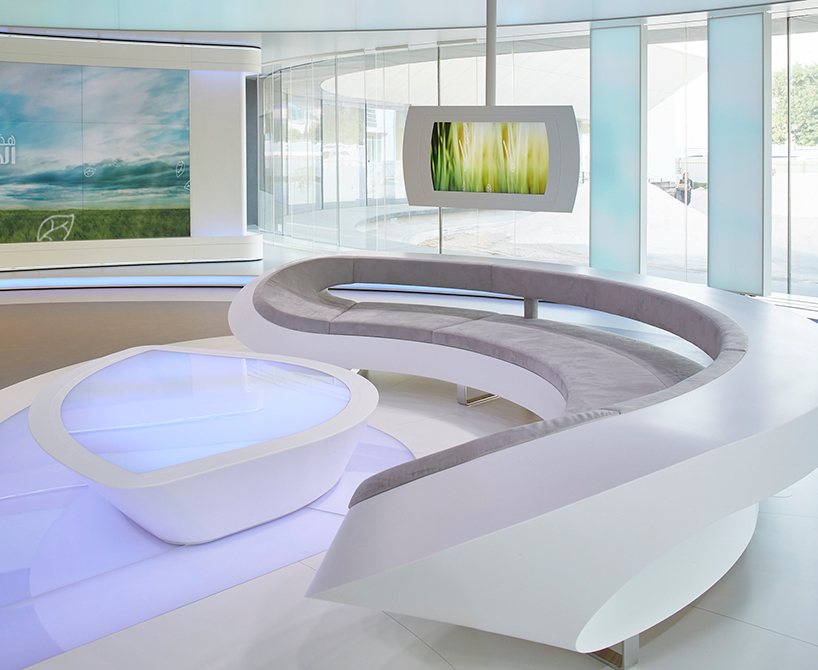 the use of smooth materials, such as corian and tempered glass, contrasts with the furniture’s sharp angles and soft
fabrics 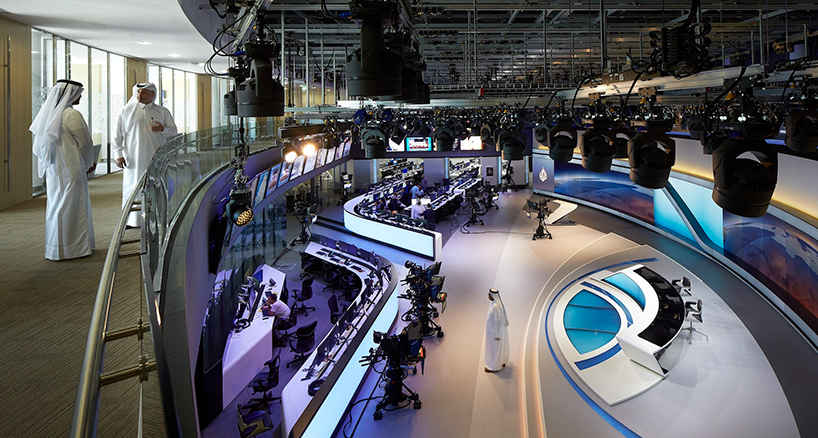 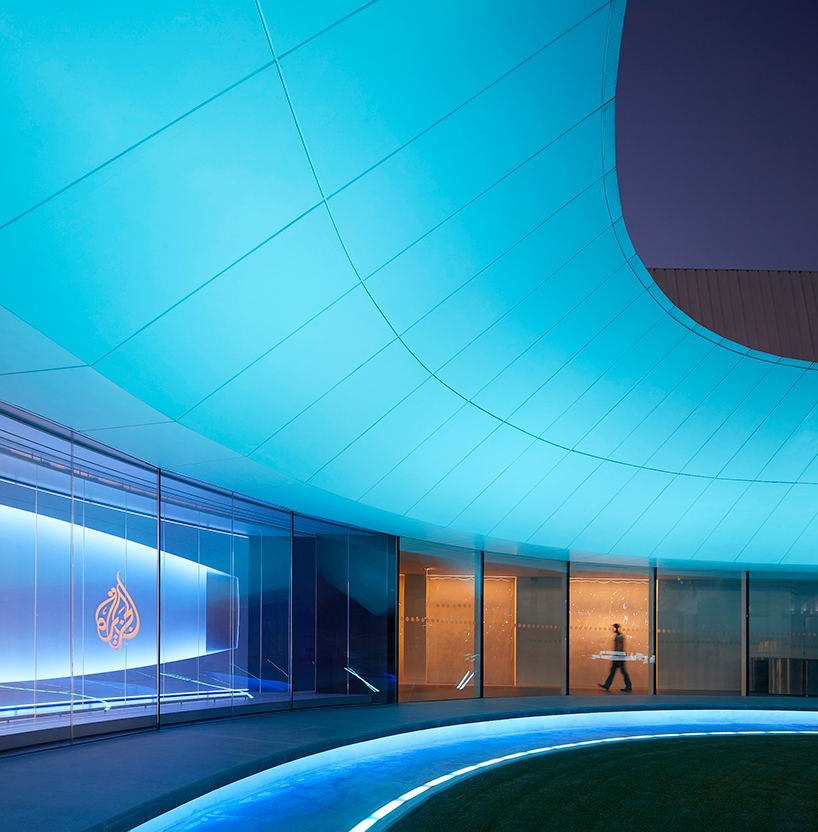 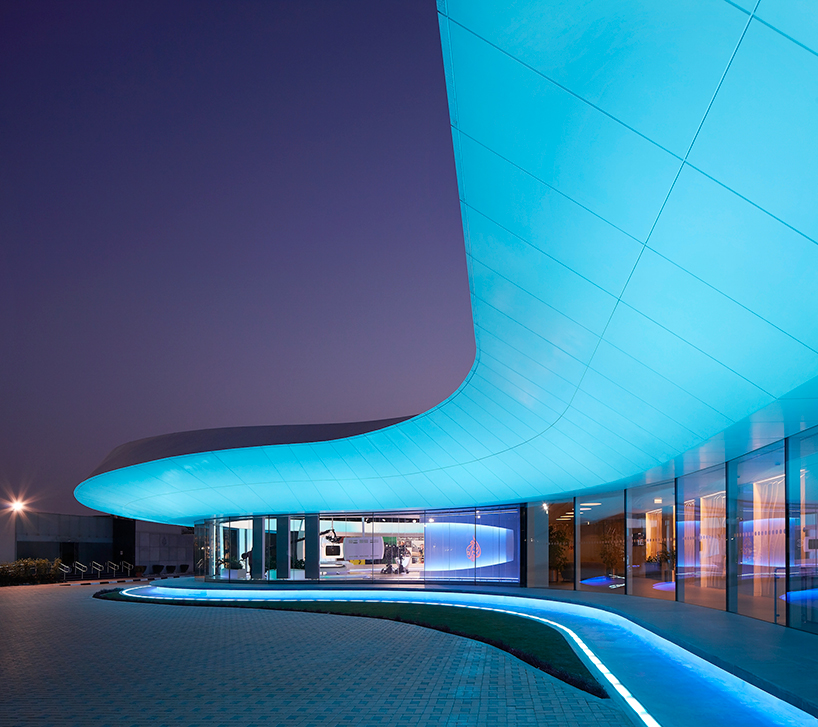 around 7,450sqm of landscaped public space will provide a central feature within the facility when completed in
the near future